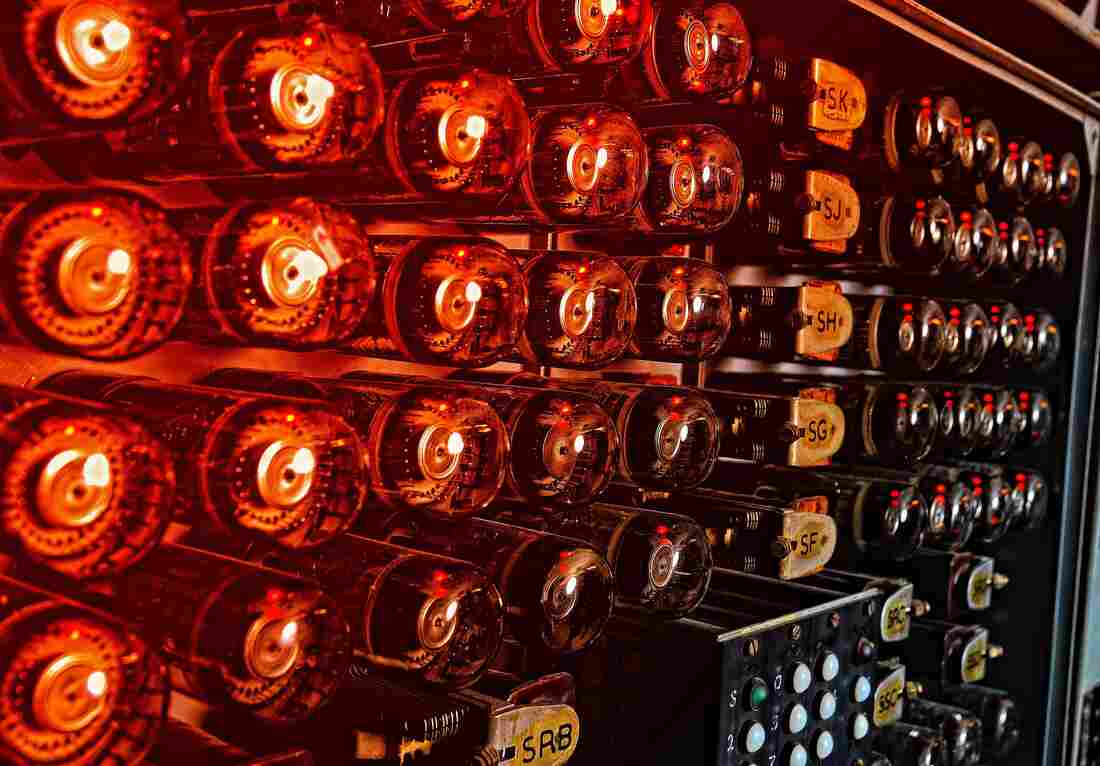 The Harwell Dekatron Computer in Bletchley Park is one of the massive machines used by Matt Parker in his Imitation Archive music. Courtesy of the National Museum of Computing hide caption

toggle caption
Courtesy of the National Museum of Computing 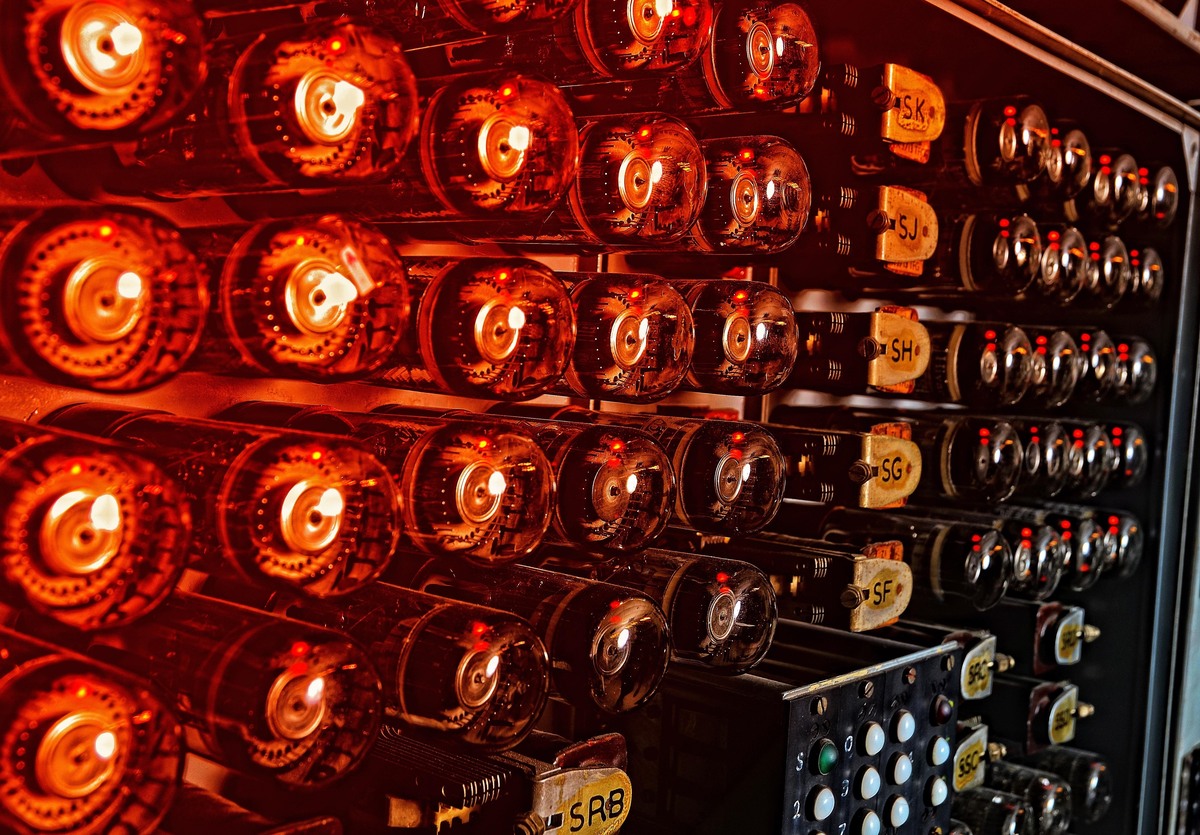 The Harwell Dekatron Computer in Bletchley Park is one of the massive machines used by Matt Parker in his Imitation Archive music.

Courtesy of the National Museum of Computing

Computers are part of the everyday sounds of our times — for a while. But as each new digital device slips into inevitable obsolescence, so do their signature sounds. Composer Matt Parker thought that meant losing touch with some of our history — so, he's has created an archive of 126 sound recordings from the historic computers of Bletchley Park, the site where British mathematicians, scientists and spies broke German's military codes during World War II. And he's worked those sounds into a new series of musical compositions on an album called The Imitation Archive.

Parker is no stranger to computers: He's used modern ones plenty of times to make his music in the past. But the Bletchley Park machines, like one he recorded named Colossus, are ancient beasts compared to today's laptops.

"It's the size of a large hall, and there were several of these in use during the second World War," he says of Colossus, the first-ever programmable digital computer, which was kept a secret while in use. "It's amazing that no one wanted to make music out of them before, really, because they make such distinctive rhythmic patterns that I just had to work with."

For Parker, The Imitation Archive represents more than a new set of tools for his own compositions: It's also an attempt to hold onto the memory of the computers' functions and the unique place in history they occupy. Without preservation, he says, the machines could be forgotten over time.

"You can look at an object that's inside a Perspex box in a museum in the future, but you will never be able to hear what it sounds like," he says. "I think it's really important to be able to bring some of the reality of what some of these machines were like — to listen to as much as to see — in the future."

Hear the full conversation with NPR's Scott Simon in the audio link.