Accessibility links
Not My Job: Surgeon General Vivek Murthy Gets Quizzed On 'General Hospital' Sure, he knows hospitals, but does he know General Hospital? We ask Murthy three questions about the long-running soap opera which treated 5,000 percent more amnesia cases than the national average. 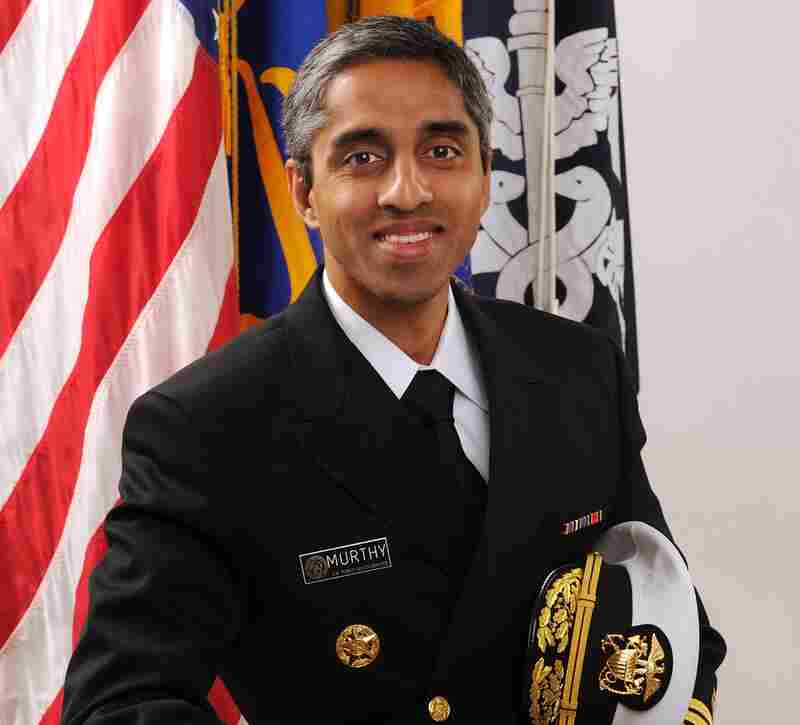 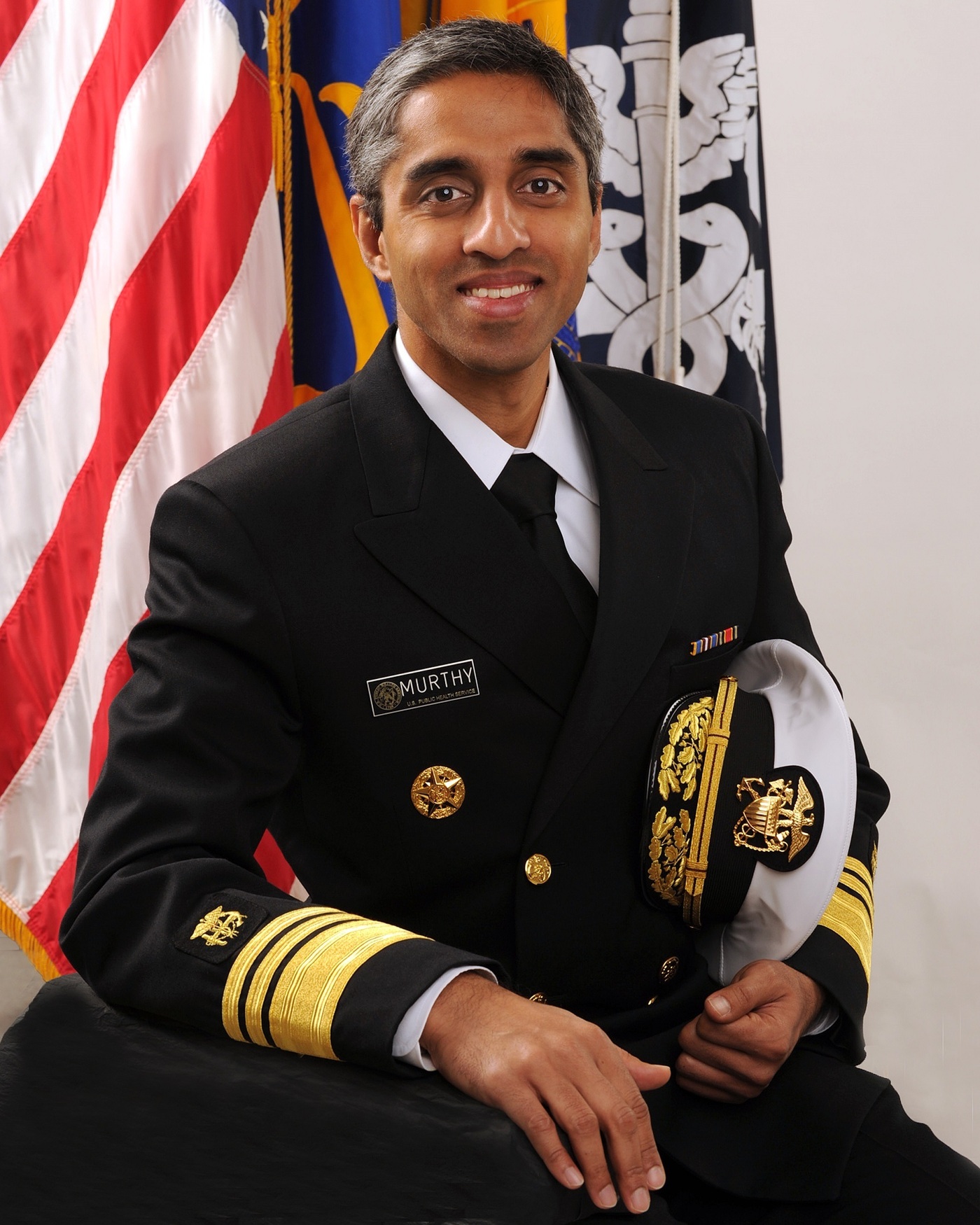 Dr. Vivek Murthy — the 19th U.S. Surgeon General — has had a pretty good medical career: As a college freshman, he, along with his sister, co-founded an HIV/AIDs education program, and, in a move that would make even Doogie Howser jealous, he was confirmed as U.S. Surgeon General when he was just 37.

But! Did he ever work at General Hospital? We suspect not. We'll ask him three questions about the long-running ABC soap opera which mysteriously treated 5,000 percent more cases of amnesia than the national average.

And now the game where we ask important people about unimportant things. It's called Not My Job. When this country was founded centuries ago, our surgeons were aimless, wandering here and there with no discipline or order. Then the country created the office of surgeon general, the commander of all surgeons everywhere.

SAGAL: He makes sure their surgical scrubs have sharp creases and their scalpels shine like the sun. Vivek Murthy is the youngest surgeon general in our nation's history. He is right here in uniform, and we welcome him to WAIT WAIT ...DON'T TELL ME.

SAGAL: Dr. Murthy, it is a pleasure to see you here.

SAGAL: So first of all, this is true. You are the youngest surgeon general.

MURTHY: So actually, I'm not.

MURTHY: I'm not. It's a common misconception. But in fact, the very first surgeon general, John Woodworth, was younger than I was. He was in his early 30s

PAULA POUNDSTONE: He was 5.

MURTHY: I just turned 38 a couple weeks ago.

SAGAL: And when you turn 40, will they give you the uniform with the long pants?

SAGAL: Not that that's not an adorable look for you, sir. You're a doctor. You're in Boston doing important work. How did you - how did you find out they wanted you to be surgeon general?

MURTHY: Well, I was called by a representative from the White House. And I was actually picking up my dry cleaning, believe it or not. And my phone rang. And I didn't recognize the number and actually was not planning to pick it up. And at the last minute, I just said, hey, what the heck and picked it up. And I'm glad I did.

ADAM FELBER: Do you think that if you didn't, they would've just gone on to the next guy on the list?

SAGAL: Thank you, sir. I'm very grateful. And were you concerned that your extreme youth would keep you from being able to grow the required Everett Koop-style beard?

SAGAL: 'Cause I noticed it hasn't come in quite well yet.

MURTHY: Well, I will tell you, being Indian-American, I have tremendous potential to grow facial hair.

SAGAL: Well, that's true. You have that club in your bag. Speaking as a Jew, you and me both, brother.

POUNDSTONE: Speaking as an aging woman...

POUNDSTONE: There's no shame in being human.

SAGAL: So what does the surgeon general do other than put warning labels on things?

MURTHY: You know, I'm so glad you asked.

MURTHY: Because, you know, a lot of people have misconceptions about what the surgeon general does. The other day I was, in fact, getting on an airplane. And the woman in front of me turned around, looked at me and said, oh, no, why don't you go first, sir? And I said, you know, it's all right. You know, I don't mind waiting. And she said, no, without you, we won't be able to fly the plane.

SAGAL: I should point out that you are wearing a military-style uniform, which could easily be misconstrued as an airline pilot's uniform.

POUNDSTONE: Now I'm wondering if the last time I went to my doctor...

SAGAL: So you're not an airline pilot. What does the surgeon general do, sir?

MURTHY: So the surgeon general is responsible for sharing scientifically based information with the public so that they can improve their health. But I will say personally that my goal as surgeon general is to help build a culture of prevention in America so that we are a nation that is as good...

MURTHY: As good at preventing illness as we are at treating it.

SAGAL: I see. So you want America to live more healthy. You want them not to go summing until an hour after they eat, for example.

MURTHY: (Laughter) Well, you mentioned a few things that are important, which are making sure that we are eating healthily. That includes making sure you're eating a lot of fruits and vegetables in particular, drinking a lot of water. But there's actually one other thing which I think is really important. This is actually being happy. And now, let me explain why. Most people think that you need to be healthy in order to happy.

MURTHY: But I actually think a lot of times it's the other way around. You know, we know that there are things that all of us know we can do in our life to improve our happiness. For example, whether it's spending time with friends, improving social connectedness, whether it's making sure that we are exercising and - which actually can give you energy and improve your emotional and mental function...

SAGAL: What if what really makes you happy is sitting around, smoking and eating cheeseburgers...

SAGAL: 'Cause if you've tried it, it is pretty awesome.

ROXANNE ROBERTS: What's your weakness? What is the one thing that you know you should do more of?

SAGAL: Yes, the one thing that people would be shocked and horrified to know that the surgeon general does.

SAGAL: If you could mention that now...

FELBER: We will not tell anybody.

MURTHY: So my weakness is sweets. I like bread pudding and cheesecake in particular.

MURTHY: So I have to be careful when I'm around sweets.

SAGAL: Right. Well, you are the surgeon general. You have authority. If you wanted to, you could say, don't eat sweets, cheesecake excepted.

SAGAL: Since you're here, top ranking medical officer in the United States, I have some medical questions for you. First of all...

MURTHY: Are you going to show me a rash?

SAGAL: How about the five-second rule? You know, you drop something on the floor...

SAGAL: Well, hold on, we can find out. Drop something on the floor. The - I thought it was the five-second rule, that you have five seconds to pick it up, and you put it back in your mouth. Or is it three seconds? Or is it five seconds?

FELBER: Does it depend on the food's viscosity?

ROBERTS: It depends on - it depends if it's the first or second child.

SAGAL: Exactly, this is true.

SAGAL: Well, Dr. Murthy, we have asked you here to play a game we're calling...

SAGAL: You've had a varied career as a physician. But you never worked at "General Hospital," the setting of the long-running ABC soap opera which mysteriously treated 5,000 percent more cases of amnesia than the national average. We're going to ask you three questions about "General Hospital." If you get two right, you'll win our prize for one of our listeners, Carl Kasell's voice on their voicemail. Bill, who is the surgeon general of these United States playing for?

SAGAL: All right. Soap opera actors have to deal with a grueling five-day a week shooting schedule. "General Hospital" star Jack Wagner once proved himself a true professional when he did what? Was it A, during a love scene, rather than stopping, getting out of bed, finding a bathroom to go pee, he just grabbed a champagne bottle off the nightstand, pulled it under the covers and relieved himself in it right there? B, Mr. Wagner is the only actor to ever successfully pull off the soap opera trifecta. In one ninety-second scene, he got amnesia, revealed himself to be his own evil twin and went into a coma.

SAGAL: You're going to go with C.

SAGAL: No, I'm sorry. It was actually A, the champagne bottle. When you've got to go, apparently you have to go. Next question, when one actress learned she was going to be fired from "General Hospital," she did not take it lying down. Oh, no, instead, she did what? A, she ad-libbed her final line, took off her shirt, flashed the camera, said F-you and walked off the set. B, without realizing what had just happened, she took a swig from Jack Wagner's bottle of champagne.

SAGAL: Or C, not liking that the producers killed her off, in her funeral scene, she sat up in her casket and waved at the mourners.

MURTHY: I'm going to go with A.

SAGAL: The story comes from an actress on "General Hospital" who says, quote, "stuff like that happened all the time. I think every door in the building was broken from someone slamming it." All right, here's your last question. "General Hospital's" biggest storyline, of course, was the famous relationship of Luke and Laura.

SAGAL: Most famous relationship in all of soap opera. Those two star-crossed lovers, Luke and Laura, fell in love while they were doing what? Was it A, hanging around flash dancing and wearing leg warmers, as one did in the early '80s? B, saving the world from a bad tycoon determined to freeze civilization with, quote, "carbonic snow," or C, simultaneously romancing Tracy Unterman, who "General Hospital" doctors called, quote, "the world's only left-right divided hermaphrodite"?

MURTHY: Oh, my God. OK, I'm going to take a wild guess here and go with B.

SAGAL: You're going to go with B, the carbonic snow?

SAGAL: Bill, how did the surgeon general do on our quiz?

SAGAL: Vivek Murthy is the surgeon general of the United States. Dr. Murthy, thank you so much for joining us here, what a pleasure.

MURTHY: Thank you for having me. I appreciate it.

SAGAL: What an honor. Dr. Vivek Murthy, your surgeon general.

UNIDENTIFIED ARTIST: (Singing) I am the doctor, the doctor of love. I've got the best darn bedside manner...

SAGAL: In just a minute, Bill does the electric boogaloo on our Listener Limerick Challenge. Call 1-888-WAIT-WAIT to join us on the air. We'll be back in a minute with more of WAIT WAIT ...DON'T TELL ME from NPR.

KURTIS: Support for NPR comes from NPR stations and Subaru, automotive partner of the National Park Service Centennial. Subaru encourages people to explore America's treasures and discover a national park adventure at findyourpark.com. Love, it's what makes a Subaru a Subaru. Anne and John Herrmann, in support of UNICEF, dedicated to saving and improving the lives of children in more than 190 countries and territories worldwide regardless of race, religion or gender. More at unicefusa.org. And Lumber Liquidators, a proud sponsor of NPR, offering more than 400 styles, including hardwood, bamboo, laminate and vinyl, with flooring specialists in hundreds of stores nationwide. More at lumberliquidators.com or 1-800-HARDWOOD.