Accessibility links
Willis Conover, The Voice Of Jazz Behind The Iron Curtain American broadcaster Willis Conover was known around the world in places like Prague, Moscow and Warsaw, but not so much at home. For more than 40 years, he hosted a jazz show on the Voice of America. 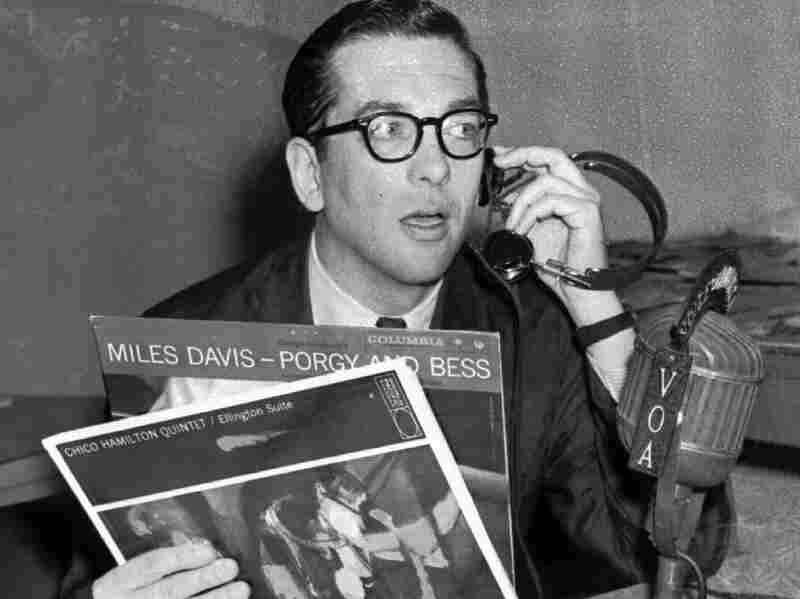 Willis Conover, an expert on jazz, broadcasts "Music USA" from his Voice of America studio in Washington in March 1959. AP hide caption 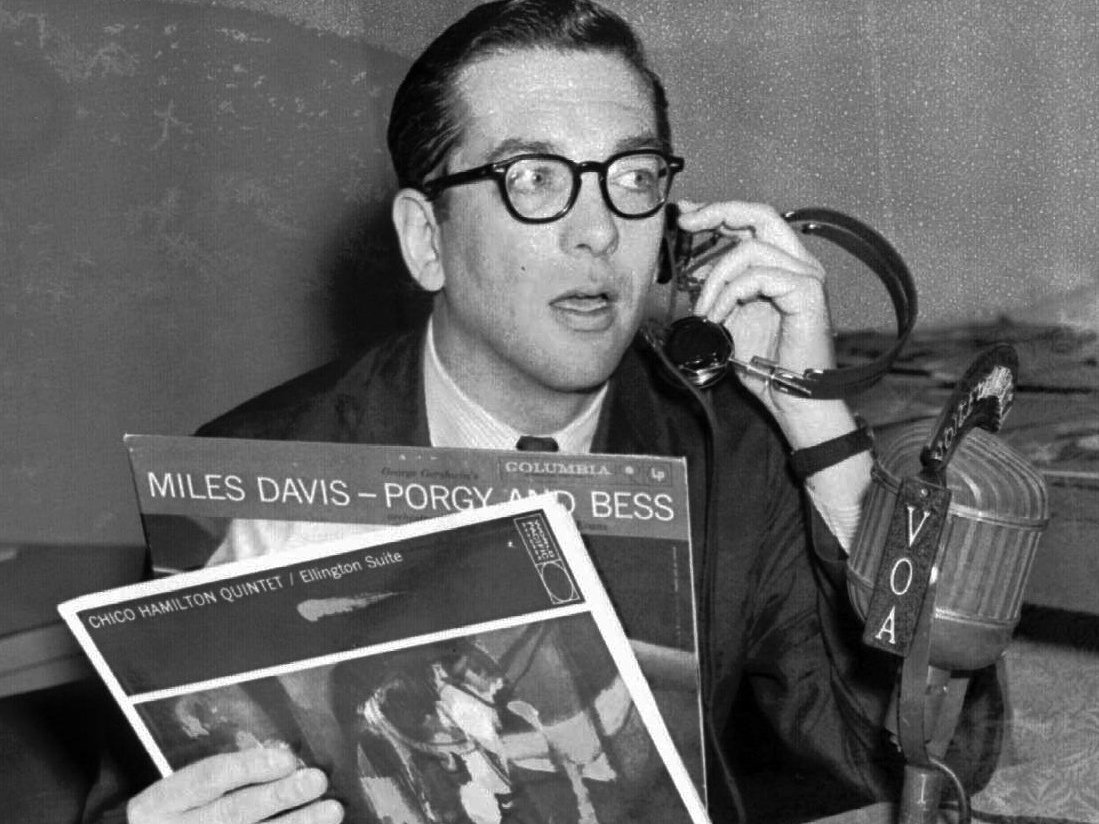 Willis Conover, an expert on jazz, broadcasts "Music USA" from his Voice of America studio in Washington in March 1959.

Willis Conover was known around the world, but not so much at home. He was the voice of jazz over the Voice of America for more than 40 years, most of it during the Cold War.

Imagine what it was like to sit in the dark of a hushed room in Prague, Moscow or Warsaw in the 1960s, fiddle with the dial of a shortwave radio, slide over crackles, pops, and jamming, to finally find the opening notes of "The A Train" and a rich baritone intoning slowly through the static, "Good evening. Willis Conover with Music USA ... "

He played the Count, the Duke, and Satchmo, Dizzy, Miss Sarah Vaughan and Charlie Parker.

I remember asking East Berliners in the early 1990s, "Where did you learn such excellent English?" They didn't say the name of any movie, rock star or statesman, just: "Villis Conover."

Jan Zappner, the Czech jazz accordion player, told Terence Ripmaster, who wrote a Conover biography, that when he was a soldier in the Czech army, "Private radios were not allowed, so ... every night at ten o'clock, I sneaked through the toilet window into the communications building, where there was a shortwave radio on which I tuned in the Voice of America."

"There it was, 'The A Train,' and the great voice of Willis Conover. I will never forget that feeling of sweet conspiracy. While the barracks, the country, indeed, the whole socialist camp was asleep, I ... found out that over the trenches of the Cold War there was normal life, with great music ..."

It was a little hard for millions of people to believe that Americans were imperialist running-dog lackeys after they'd listened to Stan Getz, Miles Davis, and Thelonious Monk.

As Conover told Time Magazine in 1966, "Jazz tells more about America than any American can realize. It bespeaks vitality, strength, social mobility; it's a free music with its own discipline, but not an imposed, inhibiting discipline."

Conover, who died in 1996, could pack concert halls for jazz shows behind the Iron Curtain. But he wasn't a household name in his own country because by law, the Voice of America cannot broadcast to the United States.

This week, Doug Ramsey, who writes about jazz for the Wall Street Journal, reported that a campaign to persuade the Postal Services Stamp Advisory Committee to put Willis Conover on a U.S. postage stamp now has thousands of signatures. It would send the face of the voice who brought the light of hot jazz into the darkest places of the Cold War around the world again.