Accessibility links
The Guitar In The Window: How One Instrument Steered Sir Richard Bishop's Life Bishop's new album, Tangier Sessions, springs from a love affair with a mysterious and temperamental guitar, found in a secondhand store in Switzerland and inscribed with indecipherable writing. 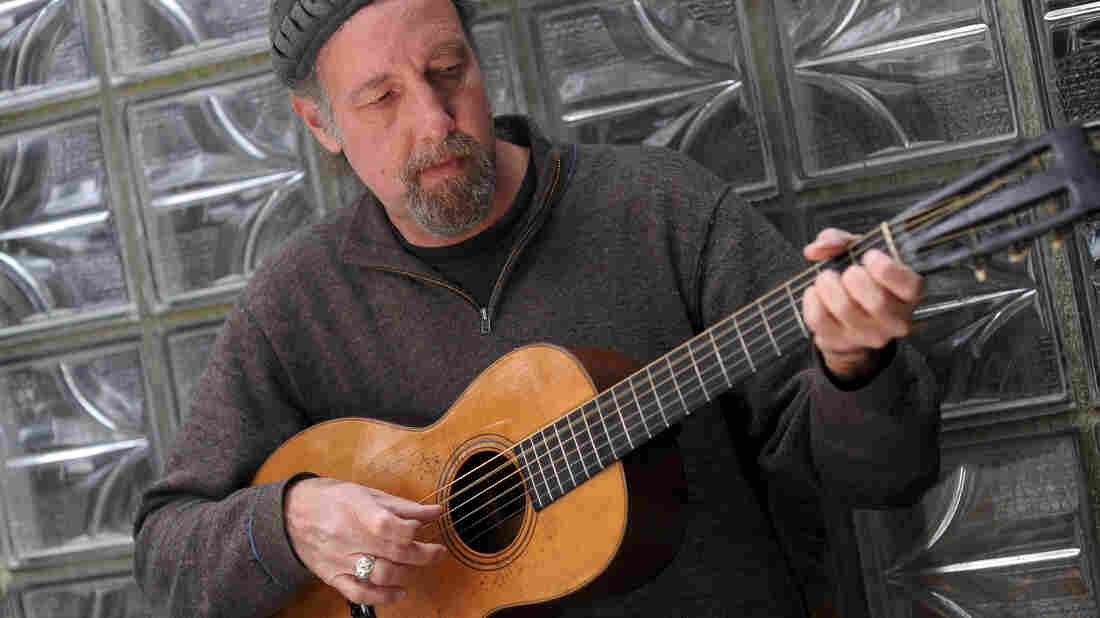 To create his album Tangier Sessions, Sir Richard Bishop had to learn to love a mysterious and temperamental acoustic guitar. Courtesy of the artist hide caption 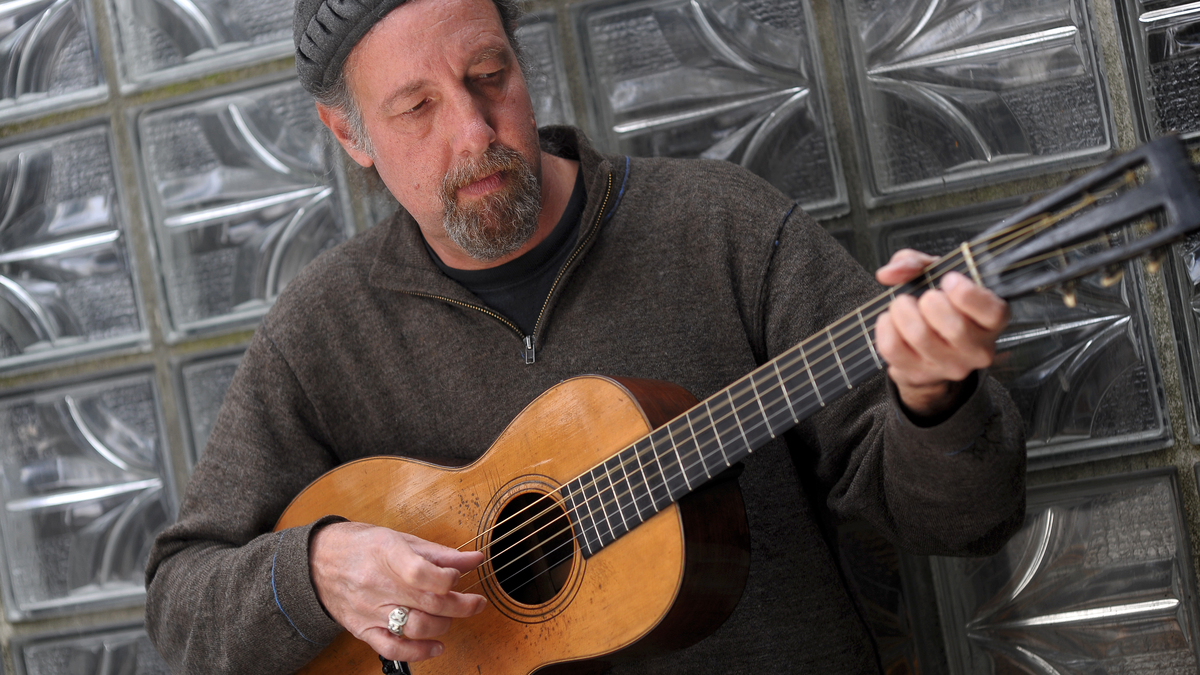 To create his album Tangier Sessions, Sir Richard Bishop had to learn to love a mysterious and temperamental acoustic guitar.

Some musicians argue that instruments have souls. Guitarist Richard Bishop says he felt a relationship forming the moment he saw a mysterious acoustic guitar in a secondhand store in Switzerland. He's known for playing electric guitar in the improvisational rock trio Sun City Girls, but something told Bishop the acoustic had to be his.

Bishop was in Geneva last year, going from shop to shop looking for a secondhand acoustic guitar that was small, light and easy to travel with. Finally, a shopkeeper led him to a back room, handed him a guitar with no name on it, and walked away. Bishop started to play, and the earth moved.

"It was instant. It was like there was something about this guitar. You know, it had a power," Bishop remembers. "You have to get this guitar because this is your one and only chance."

But it was way too expensive, and rationality prevailed — for a while. He couldn't stop thinking about the guitar. He kept going back to look at it and deciding he couldn't afford it. The instrument showed up in his dreams, like a jealous lover sending him messages through his subconscious, and he worried someone else would get it first.

"I mean, I literally had those thoughts," he says. "You don't question that. You just do it."

Bishop raided his savings and bought the guitar. And when he played it again, the earth did not move.

"I've played a lot of guitars in my life," he says. "I've been playing for almost 40 years. But this guitar, because it was so small, and it was so old and somewhat fragile, at first the results that came out of it were just ... crazy. It just wasn't really that great."

For example, when he played high notes up the neck (which he does a lot), they were out of tune. Ted Drozdowski has been there — he's a guitarist who's just released an album of his own, as well as a journalist who interviewed Bishop for a guitar magazine. He says that sometimes, an unfamiliar instrument can teach its owner something new.

"He had to learn how to fingerstyle pick ... which he hadn't done before," Drozdowski says of Bishop. "So I think the guitar forced Richard to grow in certain ways."

Back home in Portland, Ore., a few months into their relationship, Bishop and the guitar were getting along better. Still, as he prepared for a trip to Morocco to play a show in Tangier, his rational side was telling him to pack an electric and leave the new guitar behind. At the eleventh hour, he resisted.

"I decided at the very last minute, I'm gonna take this new acoustic guitar, 'cause why not?" he says. "I'll do the show with it just to see what happens."

The guitar didn't do so well. Bishop decided it was because he'd tried to play his older material on it, so he spent some time fooling around with the instrument. He went into a room with tiled walls in the building where he was staying and started to improvise, with a digital audio recorder rolling. What it captured became his latest album, Tangier Sessions.

Bishop has been listening to music from the Middle East and North Africa since he was a child. One of his grandfathers was an immigrant from Lebanon, and Bishop and his brother would beg him to play them Arabic pop from his collection of cassette tapes. When the brothers later formed their band Sun City Girls, they incorporated some of those sounds into its music. Bishop says he doesn't know the theory behind it — he just knows where to put his fingers. Drozdowski says Tangier Sessions proves that Bishop doesn't need to know much else.

"The notes are so beautifully carved, and they're so distinct and rich and evocative of the place they were recorded as well," Drozdowski says. "That command is something he innately possesses without having all those other intellectual processes to filter it through."

The identity of Bishop's new love remains a mystery. Experts who've examined it believe it was built in the 1850s, but have no idea where, or who built it. A luthier put a tiny camera inside and found writing, but nobody's been able to make out what it says, or even what the language is.

Bishop, however, says his intense reaction to the guitar isn't a mystery anymore — it led to the album. And now that he knows how to play the instrument, he's in love again.