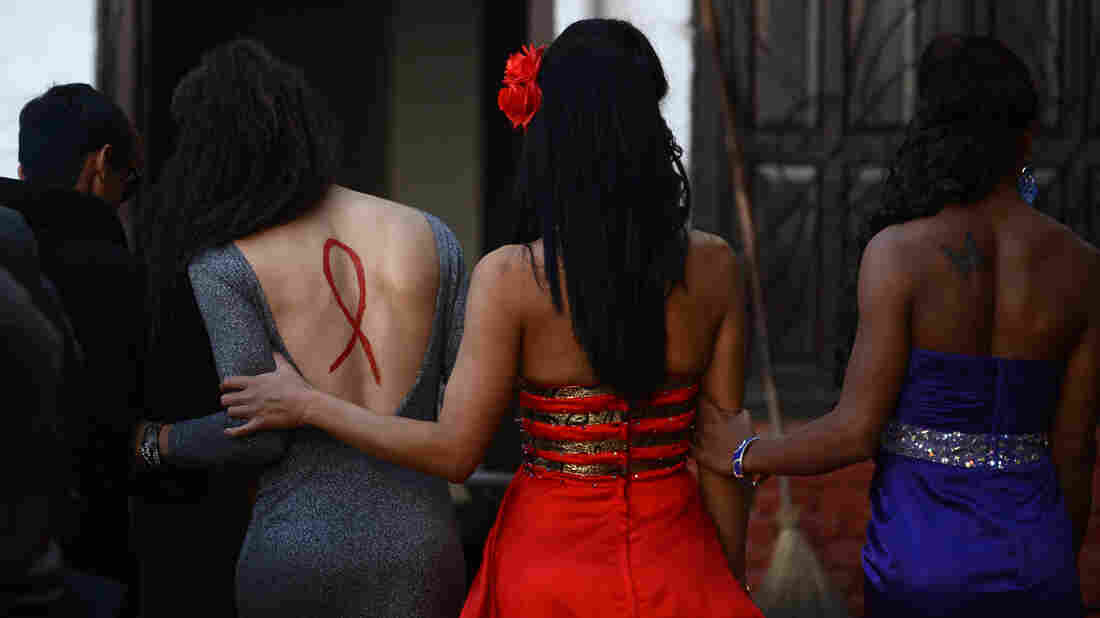 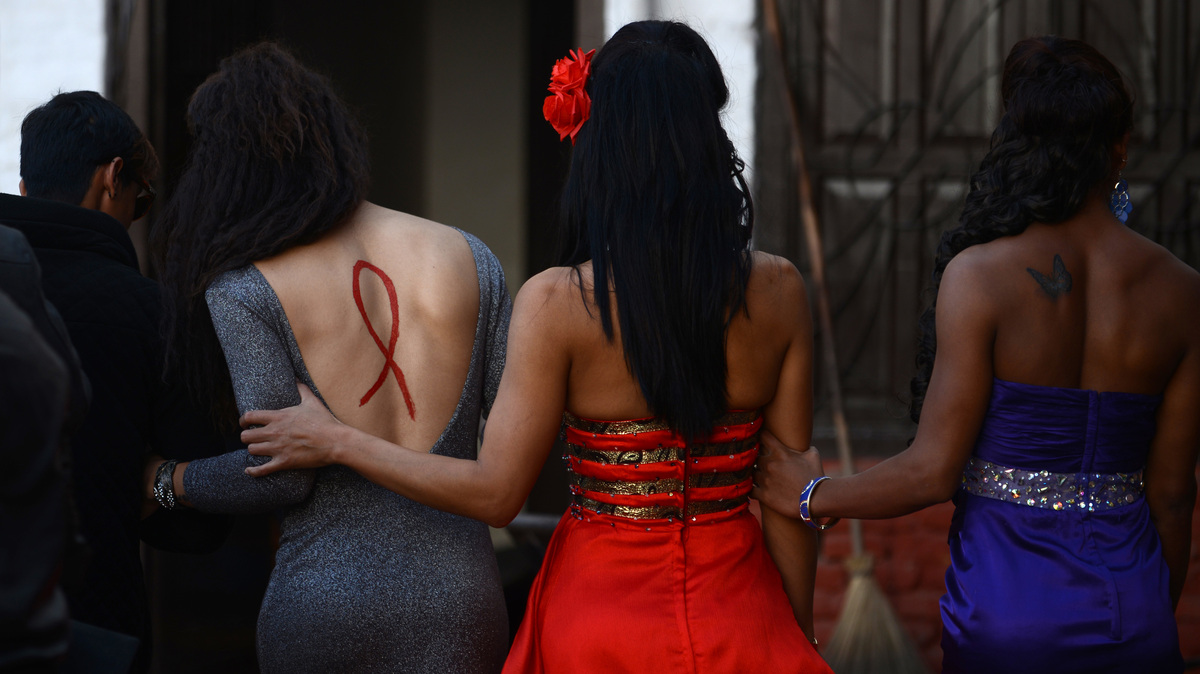 Transgender performers walk backstage during an event to mark World AIDS Day in 2013. A new WHO report demonstrates extremely rates of HIV infection among transgender women in 15 countries.

Transgender people are not getting adequate health care, and widespread discrimination is largely to blame, according to a recent World Health Organization report. And the story is told most starkly in the high rates of HIV among transgender women worldwide.

JoAnne Keatley, one of the authors of that study, puts it plainly.

"Just shocking rates," she tells NPR's Arun Rath. "There was a recent meta-analysis demonstrating that a transgender woman was 49 times as likely to be living with HIV [than the general population] in 15 countries in which data was looked at and analyzed."

Only 15 countries offered available, laboratory-confirmed data on HIV prevalence among transgender people — and no countries from Eastern Europe or Africa had released such information by the time the WHO report was compiled. Yet, in the available data, another number one stood out: Among sex workers, transgender women are nine times likelier to have HIV than their non-transgender counterparts.

Keatley, who is a transgender woman herself, works with the Center for Excellence for Transgender Health at the University of California, San Francisco. And she explains that, behind the bleak statistics, widespread discrimination lurks at the root of this HIV prevalence.

And we see this repeated all over the world. Transphobia is alive and well in many societies around the globe. And we see it play out in terms of verbal and physical violence, as well as denial of employment or education or familial support, or all kinds of ways in which transgender people are marginalized.

I think a lot of it is stigma-driven. Trans people struggle in order to obtain identity documents that allow them to participate in the workforce. Many trans people are not able to obtain health coverage.

All of the ways in which we're denied opportunities to participate in a meaningful way in society then lead us to situations where there is additional risk-taking behavior. Often, for example, trans women have to rely on industries such as the sex work industry. And so that comes along with a lot of additional stigma from criminal justice.

What is driving the epidemic is really the refusal — I would say — of governments to pass legislation that allows them to function in society, and allows them to participate in the workplace.

On the prospects for improving HIV rates among transgender people

It's a daunting task. I think that it's not all bleak; I think we are making progress. For example, the recent publication of the World Health Organization policy brief, "Transgender People and HIV," which really is an attempt at educating health ministries and governments, so that health organizations will have some clarity around who the population is and what makes them distinct from other sexual and gender minorities.