Accessibility links
Hot Pants, Glitter And Alan Lomax: How A Rising Singer Found Folk Music Sam Lee wants to bridge old U.K. folk traditions and today's music — even though his own path to folk was circuitous, to say the least. 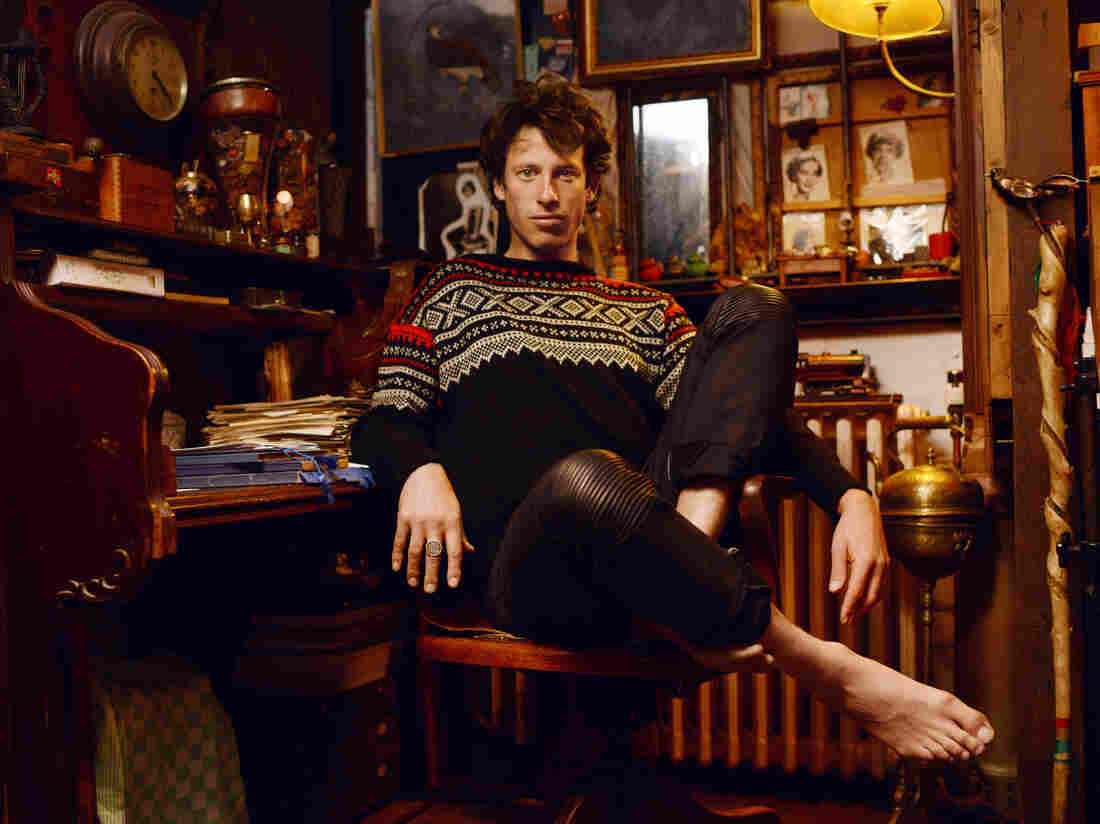 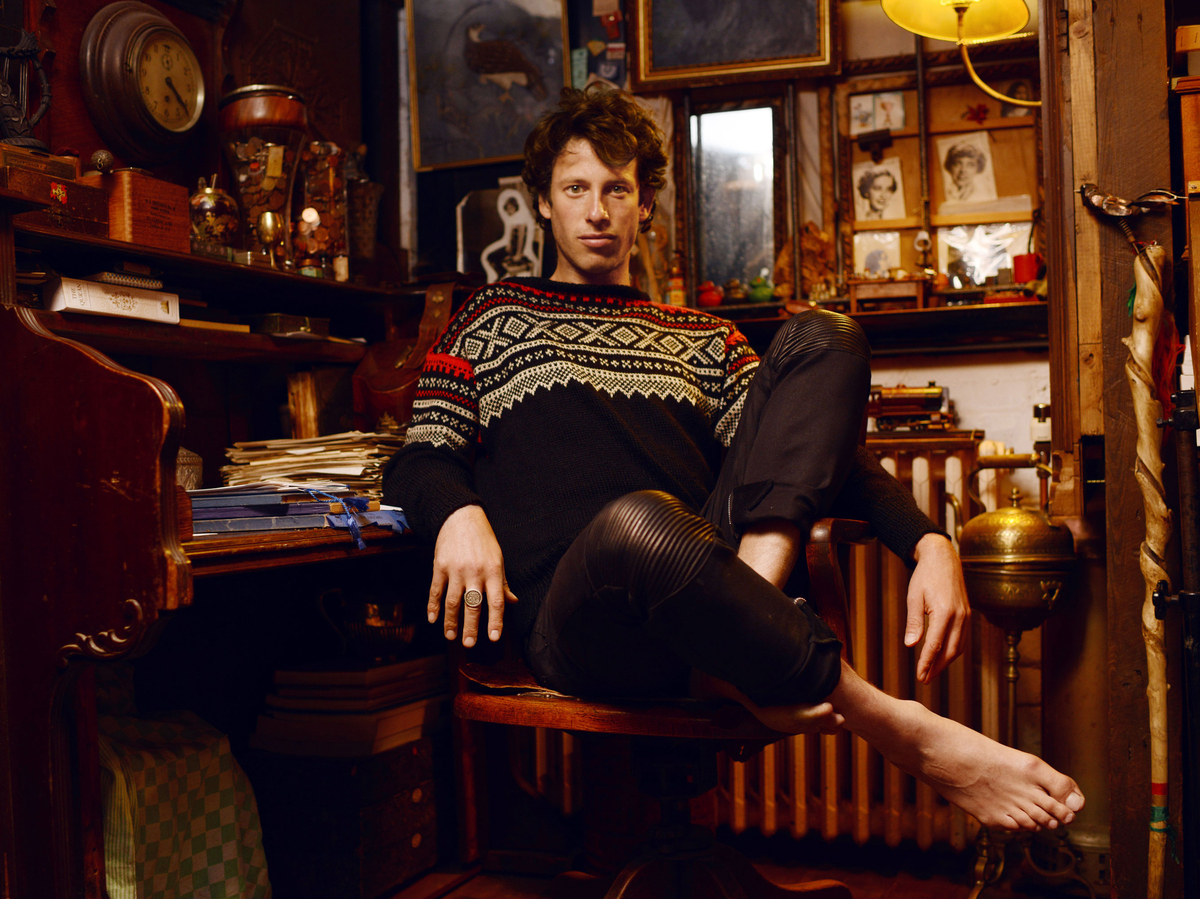 Frederic Aranda /Courtesy of the artist

Sam Lee wants to scour away people's preconceptions about folk music. Like his predecessors from the 1960s — Fairport Convention, Steeleye Span and Pentangle — Lee takes traditional folk songs and updates them in unexpected ways. This British singer's path to folk music was even more unexpected.

Lee delights in making surprising connections in his music. He mixes conch, percussion and trumpet with an old Scottish Travellers song called "Johnny O' The Brine."

Lee does this partly because he didn't have any notions about what folk music was supposed to be. "I didn't know what it sounded like," he says. "I didn't know it had to be with guitars and twiddly-dee fiddles."

The 34-year-old London native, who grew up in a Jewish family, doesn't try to force beats or electronics onto a folk song. Instead, he mostly uses acoustic instruments — like strings and brass — and other sounds.

He uses a Serbian recording from the 1950s to set the tone for a 19th century tale of war called "Bonny Bunch of Roses."

"He does it in a way that really challenges the whole stuffy image of perhaps song collectors," says Jo Frost, editor of Songlines magazine in London. She says that Lee's approach has brought in a different audience for folk music. "Sam Lee himself, offstage and onstage, is a very engaging person," she says. "He's not your stereotypical folkie, let's put it that way."

That's for sure. After art school, he became a wilderness survival expert. And then he launched into another career.

"I then went into dance, I became a dancer," Lee says. "I went professional doing that, which I loved. I was actually a burlesque dancer, I used to do — it was kind of titillatery, comical striptease, in a way. I wasn't like, a Chippendale, as your radio listeners must be reassured. But I was kind of comical dancing. But I went professional — I ended up in the West End in London — quite by accident. There was no ambition for that whatsoever. "

And somehow along the way, he fell completely in love with very old music.

"I remember being, like, in my rubber hot pants, about to go onstage, all kind of glittered up," he recalls. "And I was there with my headphones, listening to old field recordings by Alan Lomax of farmers and Gypsies and Travellers, and writing them in my notebook and practicing them, and then having to go on and kind of do the razzle-dazzle, and then come back and learn more folk songs. It was so absurd!"

Lee says each song he's learned is kind of a stamp in a secret passport, leading him into an unknown world.

"It's alive," he says. "Suddenly, I didn't ever want to learn a song off a record again. I wanted to learn it off people, and honor those people through the singing of the song."

So he hit the road, traveling all over the U.K. and Ireland, becoming a not-so-stuffy song collector. His obvious passion got him into communities that most Britons never brush up against: nomadic groups, including the Scottish and Irish Travellers, and the Roma, often called Gypsies by outsiders.

"I didn't go into this thinking I was going to be an activist," Lee says. "I didn't know anything about Gypsies and Travellers beforehand. I went out looking for songs. And what I met was people."

One of them was 86-year-old Freda Black, a Romani woman who became one of Lee's teachers. He now calls her his adopted grandmother.

Lee is quick to tell you the history of the songs he performs. And it's important to him to acknowledge those from whom he's learned them because, he says, "I think we have about five to eight years left of the old singers still being alive, so it is a race against time." His work includes the Song Collectors Collective, a digital archive of both traditional songs and the individuals and families for whom they are a cultural birthright.

And even as he reshapes these folk songs into a 21st century form, Lee is still honoring the individuals and communities that have welcomed him in.

Lee says that his most pressing concern right now is to continue to collect this music — as quickly as he can.