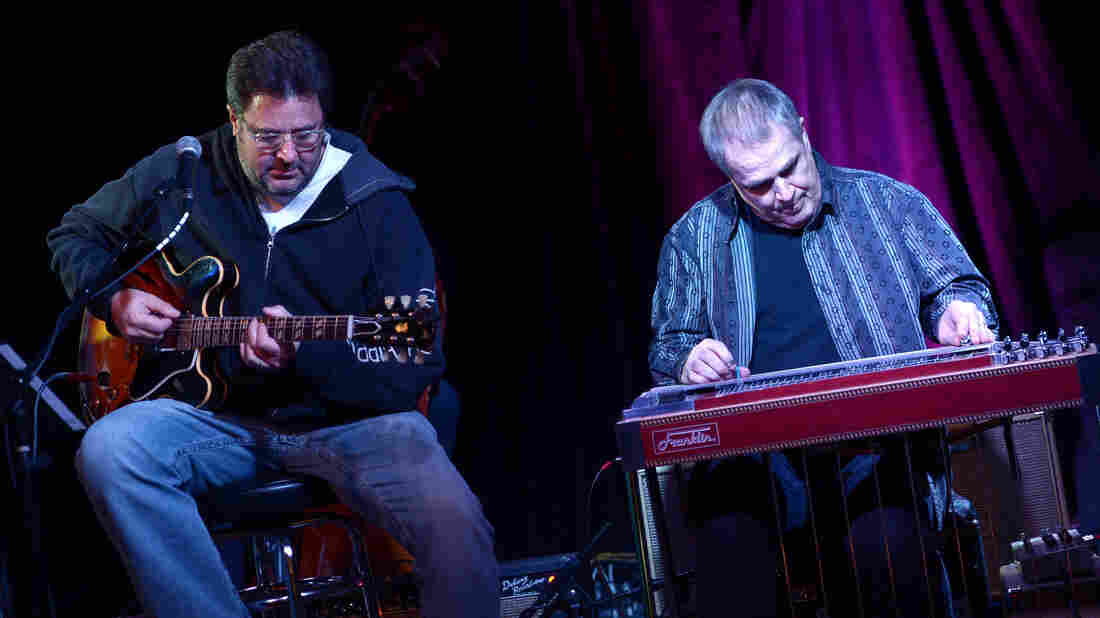 Vince Gill and Paul Franklin of The Time Jumpers perform at 3rd and Lindsley in 2014. The band has a standing Monday-night gig at the small Nashville club. Rick Diamond/Getty Images hide caption 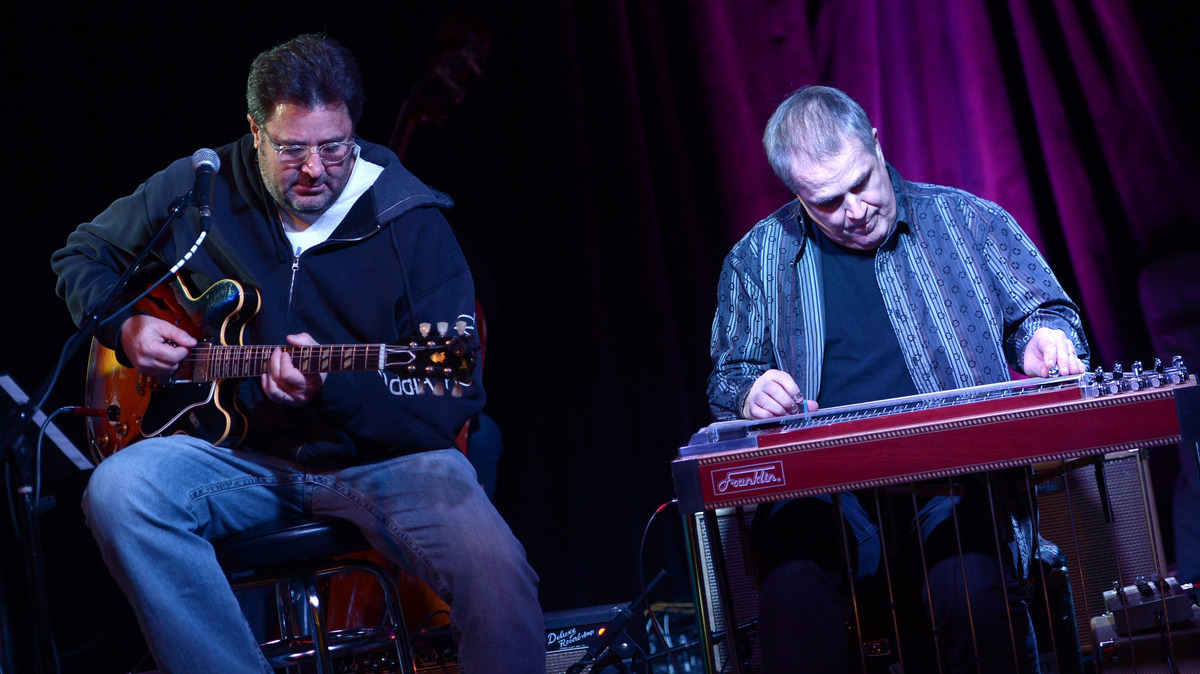 Vince Gill and Paul Franklin of The Time Jumpers perform at 3rd and Lindsley in 2014. The band has a standing Monday-night gig at the small Nashville club.

The Hollywood Bowl. Red Rocks Amphitheatre. Madison Square Garden. They're the iconic venues that round out top-10 lists of the country's best places to see live music. But this summer, Morning Edition is visiting America's side stages, places the locals know and where players love to play. We begin, appropriately, in Music City at 3rd and Lindsley, an intersection that's the home and namesake of an unassuming Nashville venue.

This dark, previously smoky club sits up a hill from the sea of neon lights and four-story honky-tonks that has become Nashville's Lower Broadway. It's still in walking distance, but no one stumbles upon 3rd and Lindsley by accident.

"Who would ever know to come here?" says Lani Larkin of Salt Lake City, who says she wouldn't have gone to 3rd and Lindsley but for a passing comment from a downtown tour guide. "How do you find out about these places? How would you know?"

Ellen Viancourt, visiting from Cleveland, waits at the bar for the show to start and recalls her first time seeing a performance there. She circled for 20 minutes.

Venue Tales From The Archives

"I didn't know it was in this little shopping area," she says. "I thought it was going to look like a big deal, but it's not."

What it looks like from the outside is a nondescript Mexican restaurant, because that's exactly what it used to be. Vince Gill — yes, the one from the Country Music Hall of Fame — wishes a few more parts of that history stuck around.

"I like Mexican food. I wish they still cooked some," he jokes.

Gill has a standing Monday night gig at 3rd and Lindsley with a Texas swing band called the Time Jumpers. Occasionally throughout his 40-year career, he played the venue when it a bit smaller, with a stage wedged into a corner. It's been expanded with a horseshoe balcony and table seating for 400, but it still feels cozy.

"It sounds good in here now," Gill says. "I'm not sure I'd say it used to sound that great. It's funny, every place has its pros and its cons."

One of the pros — at least for the fans — is proximity. Gill spends a few minutes beside the stage, draping his arms around admirers, smiling at their cell-phone cameras. He just got off the golf course, a little sunburnt in shorts and loafers, but there are no style points here. The audiences come to listen.

Gill's throwback country are just one night a week at 3rd and Lindsley. The others are filled with up-and-coming alt-rock and Americana acts, interspersed with some recognizable headliners like Miranda Lambert. It's also the kind of place where Aerosmith's Steven Tyler has been known to drop in unannounced.

"But that's Nashville," says founder Ron Brice, who bought the place cheap in a bank auction nearly 25 years ago. "It happens all the time."

Brice credits any success to the growth of the city itself.

"I remember the first big show I think we ever did was Train. There were probably 50 people here," he remembers. "Next time, there were probably 200 here, and next time there was a line around the corner. And that was it."

Wilco, Ray LaMontagne, Goo Goo Dolls: The list of performers is long and diverse. Still, Brice thinks of his club as a "dark horse." The secret? Maybe humility.

"It's always been about the music and the bands and the artist," Brice says. "It's not about the place. I think we've always been like that, and we always will."