Accessibility links
Review: Chelsea Wolfe, 'Abyss' Darkness is never far behind Chelsea Wolfe; if anything, the metallic Abyss chases it with a tenderness that understands the beauty therein. 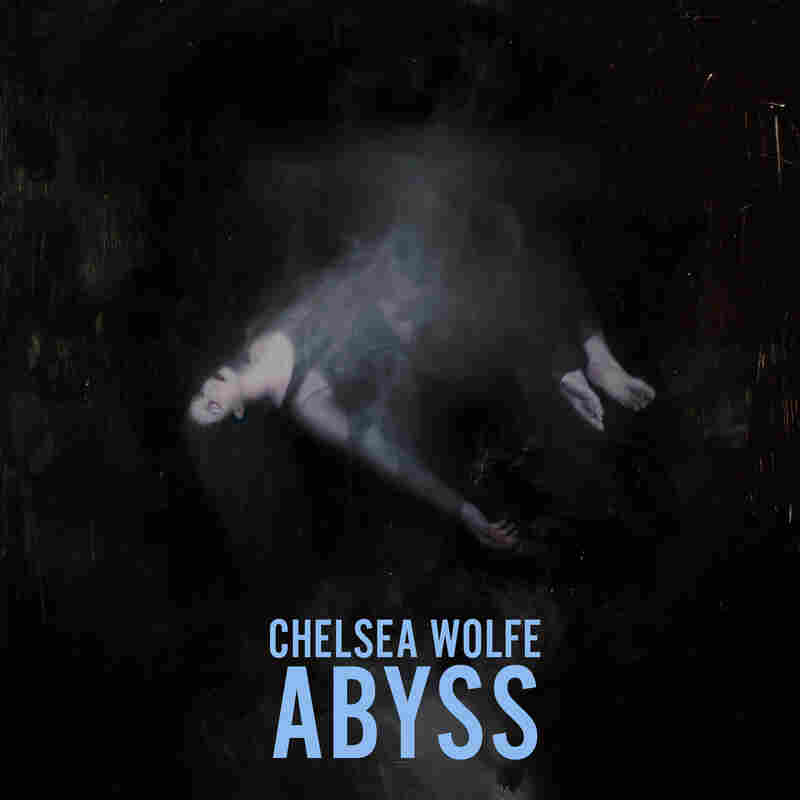 A serene figure is suspended in what seems like nothingness, and evaporates into a dream world that creeps far too close to reality. The black space looks worn and decayed, as if clawed by nails. Henrick Uldalen's oil painting adorns the front cover of Chelsea Wolfe's fifth album, Abyss, with a visual all-too apropos for the Los Angeles-based musician who has dealt with sleep paralysis most of her life. "There were times that I would wake up literally thinking someone was in the room, and I'd grab my knife," Wolfe recently told LA Weekly. "It was dangerous." On Abyss, Wolfe confronts those nightmares with her heaviest and most personal album yet, fully summoning the metallic spirits that previously lurked deep in her work.

The opening trifecta of "Carrion Flowers," "Iron Moon" and "Dragged Out" is gorgeously devastating, each a unique, soulful approach to doom metal. "Carrion Flowers" shares a spirit with I Shall Die Here, last year's collaboration between extreme metal duo The Body and dark-electronics wizard The Haxan Cloak, but turns the damaged beats into heaving industrial R&B. Inspired by the poetry of a Chinese factory worker who took his own life, "Iron Moon" is a deft exercise in loud-soft dynamics, as a swirling guitar drops to a whisper, with Wolfe wailing the hefty chorus like a Gothic diva. And "Dragged Out" lives up to the title — its predilection for sludge slides forebodingly toward the bells that ornament its buzzing chorus.

For metalheads who have been following Wolfe's teasing approach to the genre, these are welcome peals, especially since Russian Circle's Mike Sullivan and True Widow's D.H. Phillips contribute throughout. Wolfe has always explored other routes to heaviness, and you can hear those approaches in the growth of her longtime collaborators. Ezra Buchla's viola cuts across the industrial lullaby "Grey Days" with folkloric grace, binding a song that battles against the addictions that can hold one back ("like the morphine / you take it all away / pretend it's OK"). Ben Chisholm gives the dense production of "After the Fall" an unexpected turn; its keyboards twinkling menacingly, bending notes to breaking points, unsettling throughout (imagine Stereolab as the Twin Peaks house band), and just when we think we've returned to the doomy chorus, we briefly, perversely detour into a terrifying techno funhouse. The scrapes and drones of Dylan Fujioka's cymbals elevate the desperate love song "Survive," before the kick and tom drums thunder its climax and the world seems to collapse in a "dream of endless landscapes / Morphing, in love."

Heartbreak and darkness are the threads that run through Wolfe's diverse-yet-distinctive discography. They're never far behind her. If anything, Abyss chases them, with a tenderness that understands the beauty to be captured therein.