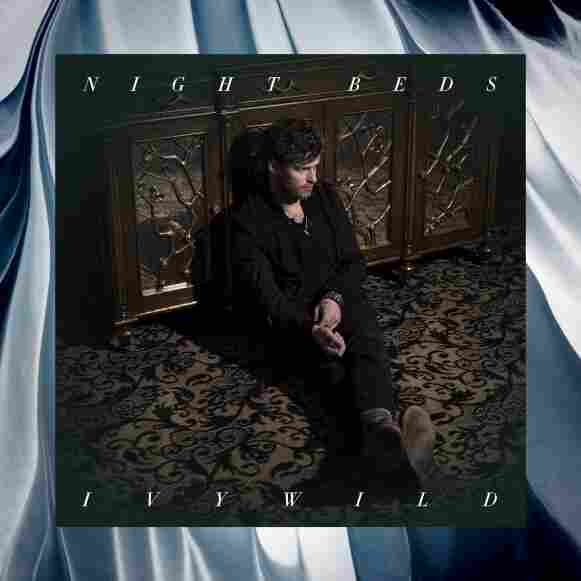 In the fallout of a breakup, it's natural to spiral into self-analysis, pore over the past for evidence of where it all started to go wrong, and then try to recreate the story from selectively remembered details. This is where Night Beds' Ivywild begins. With the transportive opener "Finished," Winston Yellen — Night Beds' songwriter and stirring singer — unfurls a wistful stream-of-unconscious tapestry of foggy memories recalling the good days of a relationship, before dormant imperfections cracked the surface. Enriched with jazz harmonies, orchestral passages and Yellen's soulful voice masked in pitch-shifting effects, the stormy six-minute lament crests with a chopped piano phrase that skips and repeats like an off-kilter record player — mimicking a single synapse firing over and over in the mind until it warps. It's a striking and curious statement that lays out Ivywild's ambitious arc, from lust and romance to their slow decline.

For fans of Night Beds' 2013 record, the languid and lovely Country Sleep, Ivywild represents a complicated and surprising turn for Yellen. With songs like the superb "Even If We Try," Country Sleep set spare acoustic arrangements and flourishes of strings underneath Yellen's ringing voice. But the Colorado Springs native — who now splits time between Nashville and Los Angeles — has said that while folk and country templates earned him an audience, that sound was actually ill-fititting. Those songs didn't represent the music he grew up with or the artists he listens to now.

The catalyst for reinvention came at a time when things began to crumble around him. Yellen's band nearly broke apart while touring. He was battling self-sabotaging behavior and substance abuse and was reeling from the end of a relationship. Energized by Kanye West's Yeezus — and a nonstop intake of everything from Michael Jackson and Marvin Gaye to J Dilla and D'Angelo to Burial, Flying Lotus and Death Grips — Yellen holed himself up in the studio.

Surrounded by some 25 musicians and collaborators — including his younger brother Abe and Heather Hibbard, a singer he first came across on YouTube, covering one of his songs — Yellen projected classic films with the sound turned down for visual inspiration while they tracked. The result is a dense and complex 16-track song cycle that eschews Night Beds' woodsy atmosphere for the fluorescent glow of electronic pop and silky smooth R&B.

Armed with programmed hip-hop beats and throbbing sequencers, Night Beds' songs are slick and downright steamy. And Yellen's distinctive quavering vocals are now emboldened by a newfound seductive persona. That's especially apparent in "Lay Your Hands," which builds alluring ambiance into a soaring synthpop hook, and the buoyant Future Shock funk jam "[9-6] slack-jaw." Things get even more physical with the James Blakeian, Auto-tuned vocal in "Sway(ve)," with those satiny jazz saxophone riffs in "Moon Sugar," and in the explicit "Eve A," a dance floor banger that could fit seamlessly on a Drake album.

Yet even if Ivywild is glossier than its predecessor, Yellen remains just as capable of engaging his darker impulses and angst. Ivywild's most contemplative and heart-wrenching moments come in "Me Liquor and God," when Yellen admits, "I've never been enough for myself / I've never been enough for you," and in the stark and haunting "Tide Teeth," where he reflects on lost love and numbing his feelings: "If it is good, then it won't stay / Then it's gone, and it falls and it breaks ... You didn't have a right mind / You didn't have a good time." And he sums it all up in "Melrose," pining "Maybe soon, you'll learn to love me," over delicate guitar strumming that briefly teases out Night Beds' old self.

This is probably not the Night Beds record people were expecting, and some fans may dismiss it as another sensitive folk artist abandoning what he does to adopt pop and dancy R&B. But Ivywild is more than a genre exercise; underneath the pulsating synths and skittering rhythms and sleek production, it's an album about vulnerability and taking risks. Allowing yourself to love also means opening yourself to potential future heartache and regret. Acknowledging your struggles, or admitting when you're wrong, means exposing your flaws for others to see and judge.

Yellen doesn't shy away from the consequences of his choices, or from expressing sorrow. Likewise, anyone taking bold swings in life knows that can occasionally lead to a few misses, but goes ahead and swings big anyway. No matter the setting, these thematic threads run through Night Beds' emotionally honest music.