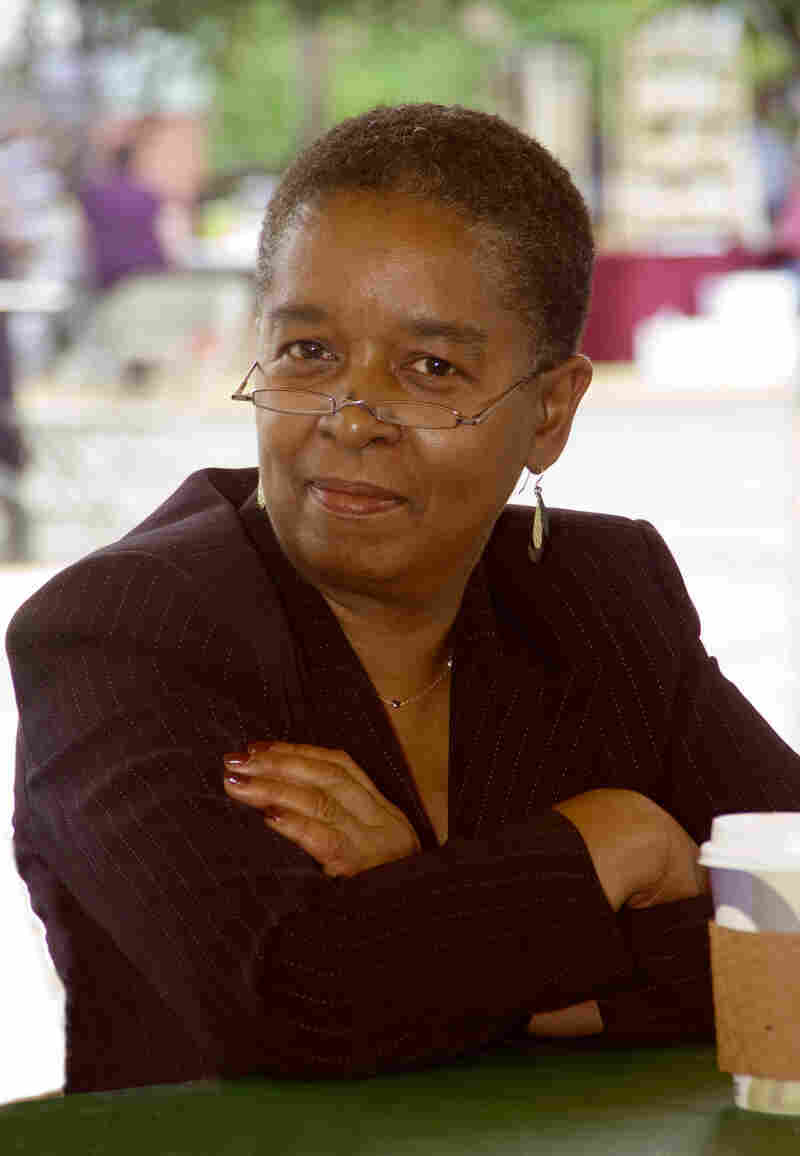 Beverly Jenkins says her mission is to write about the parts of black history you don't learn in school — and wrap them up in a good love story. Greg Anthony hide caption 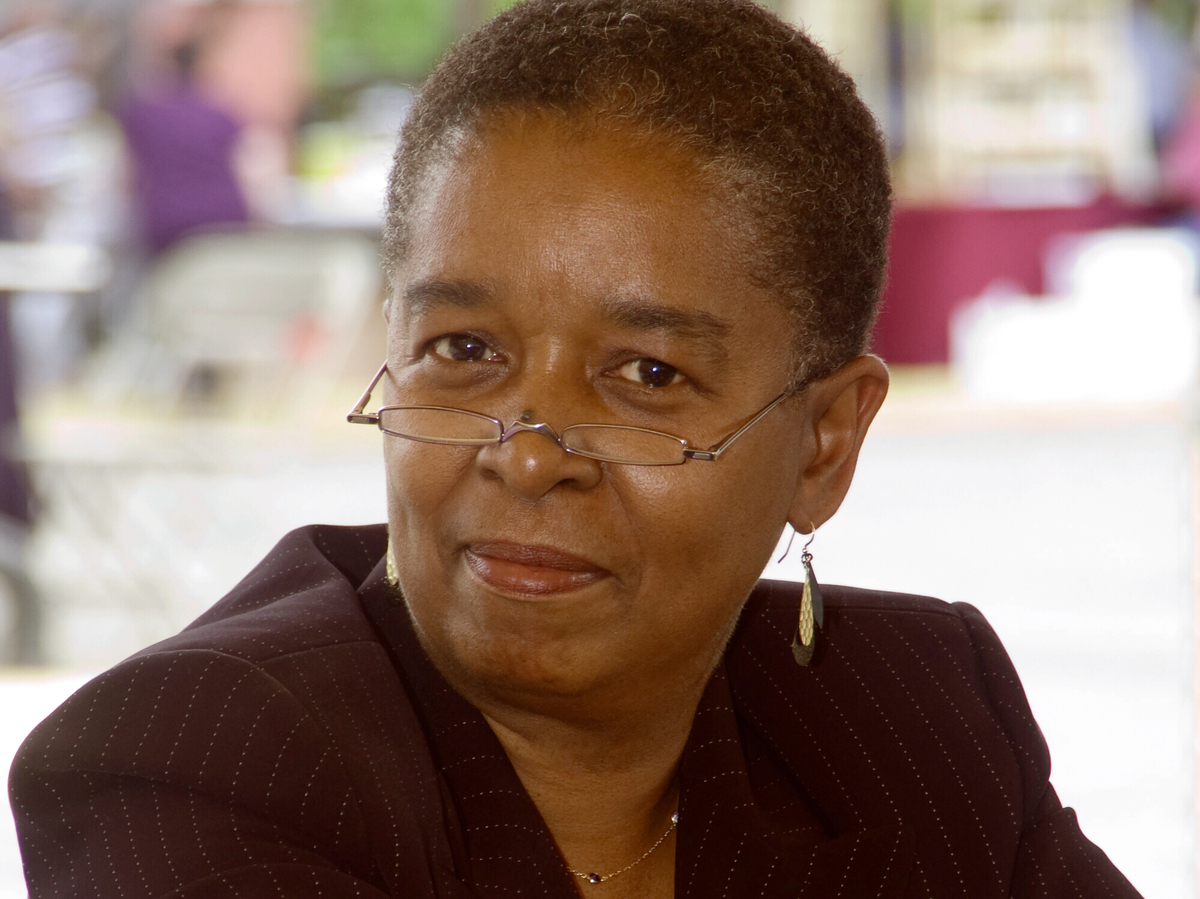 Beverly Jenkins says her mission is to write about the parts of black history you don't learn in school — and wrap them up in a good love story.

Historical romance is big business — it's the most popular subgenre of a billion-dollar industry. You can read about pirates, knights, Regency rakes and just about anything else. But for a long time, you couldn't read about black history. Until Beverly Jenkins came along.

Jenkins calls herself a "kitchen table historian." She doesn't have a history degree, but she does have a mission: To light up the parts of black history you don't learn in school.

"You know we were slaves, brought here as slaves, freed in '65. Disappeared from the planet; I like to say the Borg took us from the planet for a hundred years and we're suddenly discovering rioting in Watts in the mid '60s," she says. "So I have that whole century that I get to bring forth and I'm proud to do it."

Yes, that was a Star Trek reference — Jenkins loves romance, but she says she likes to cleanse her palate with other genres, everything from fantasy to Junot Diaz to books about birds. Because sometimes it's hard to write happy endings set during a very unhappy time. "I tell my fans I do the crying for them," Jenkins says.

She put out her first book — Night Song, about a Kansas schoolteacher and a cavalry officer — in 1994. She calls that the Summer of Black Love, because several other African American romance writers got their start that year. It wasn't easy. Jenkins says publishers liked her work, but couldn't get their heads around a black historical novel that wasn't based on slavery. 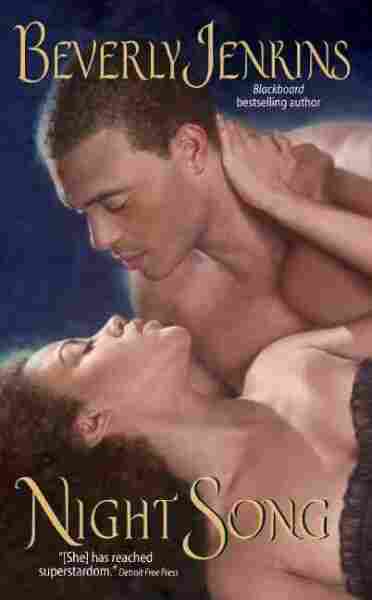 "They didn't have a box for it," she says. "They didn't know what to do about free black people in a black town in Kansas. Kansas? Free black people? You kidding me?" But Jenkins refused to be discouraged. She's written dozens of books since Night Song and attracted an enthusiastic following, especially online — her fans refer to her Facebook page as Bevyville.

We're here to meet some of them, at the Romance Writers of America convention in New York City. Jenkins is standing in a huge hotel ballroom set up with tables and stacks of books; outside, fans wait in line to get autographs from their favorites authors.

"It's going to be interesting to see the dynamics of who's here and who's not," Jenkins says as she looks around the ballroom. She is the only black author in the room. "I'm the only chip in the cookie," she jokes. All the other black writers here this weekend, Jenkins adds, are at a diversity panel. And then she gives me a look that sadly doesn't translate into print.

Eventually, though, fans both white and black start wandering up — Jenkins takes a discreet look at everyone's badge, so she can greet them by name. They come for the books with the sexy gunslingers and cowboys on the covers — and some of them come for much more.

Michelle Ford gets a little choked up when she stopped by to thank Jenkins for representing black faces in romance. She's a lifelong romance reader who now works in publicity and marketing for Kensington, a romance publisher.

As a young girl, when I started reading historical romance, I never saw anyone who looked like me. ... And then I picked up a Beverly Jenkins book.

"As a young girl, when I started reading historical romance, I never saw anyone who looked like me. The descriptions, you know, were always these waifish girls with long, flowing blonde hair, and it was always a fantasy. It didn't ever seem that I could relate to anyone in those books. And then I picked up a Beverly Jenkins book."

Authors Piper Huguley and her friend Kianna Alexander stop and say hello — they both write historical romance, and they both credit Jenkins with mentoring and inspiring them. "She's paved the way, there's really no other way to put it," says Huguley. "In terms of just letting people know that there is an audience out there that's hungry to read a different kind of historical, an American story, featuring American people."

Alexander snuck her grandmother's copy of Night Song when she was just sixteen. "And I think if I had not picked up that book that day, I probably would never have picked up a pen to write."

Jenkins says she's just trying to widen the path for younger authors,"so that maybe Piper and Kianna won't have to struggle as much as I did."

And for the rest of us, she has this advice: "Love is a good thing. Read a romance. It'll improve your life!"