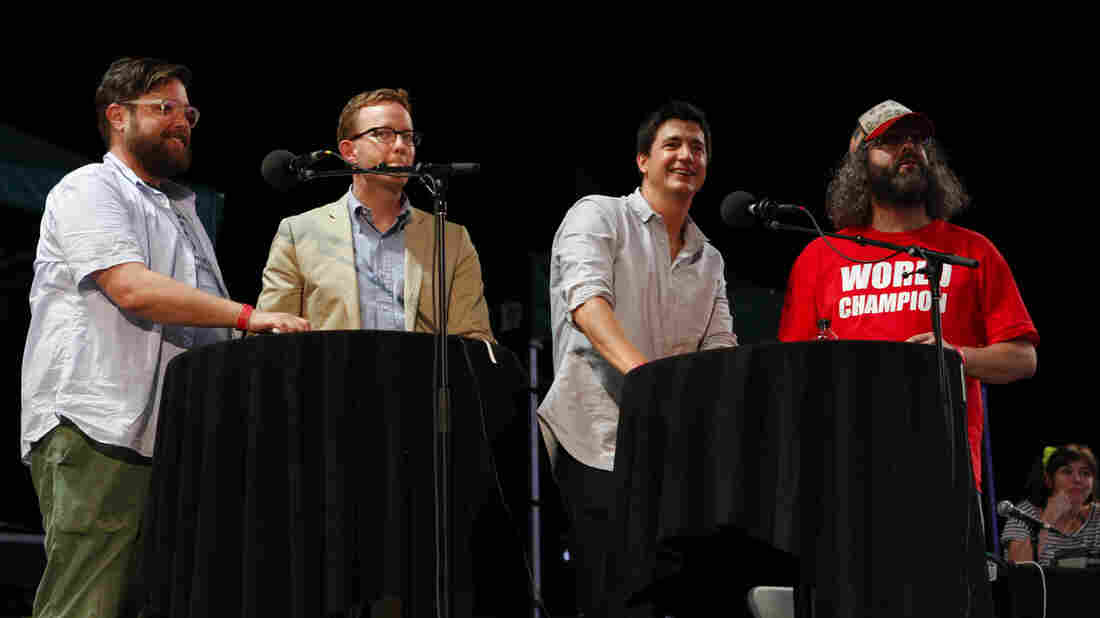 The Movie Kristen Bell Has 'Seen A Million Times'

When the film Wet Hot American Summer premiered, it was a flop. It was released in fewer than thirty theaters; Roger Ebert hated it. And yet, since its debut in 2001, the ode to 1980s summer camp has developed a cult following. One reason? Many of the film's stars (such as Bradley Cooper and Amy Poehler), who were not quite household names at the time, have gone on to hugely successful careers.

And that was one of the hardest things about bringing back the film in the form of an eight-episode miniseries on Netflix: navigating celebrities' schedules. "We made it our business to say to every member of the original cast, 'Come whenever you can, and we will figure it out,'" director and creator David Wain (joined by actor David Hyde Pierce) told Ophira Eisenberg on the AMA SummerStage in Central Park. "And we did."

Why bring back a story about teenagers working at a summer camp fifteen years later? "We all loved doing it and wanted to do it again," Wain explained. "And it seemed like now that it's 15 years later, we should do a prequel, because the actors at the time were already 10 years too old." That's right — the series takes place on the first day of camp — two months earlier than the original film took place.

Hyde Pierce plays a physics professor living near the camp. In the film, he goes to the cafeteria and asks where he can find some "indoor kids" to teach. Said Wain to Hyde Pierce in Central Park, "The 'indoor kids' has become a thing that people call themselves out in the world now. Because of you."

"And yet here we are outdoors," Hyde Pierce replied.

On the property where the original film was shot

The owner of the camp was not happy that we'd turned his property into a giant mud pit right before camp started. We [told him], "We are so sorry. We don't have any money, and we certainly have no way of fixing this — hopefully [the movie will] be a cult hit and you'll get back in touch with us in 15 years."

On the original shoot's accommodations

David Wain: We lived in the cabins. We ate the camp food until the crew revolted. It was camp food, it was disgusting.