Accessibility links
Interview: Luther Campbell, Author Of 'The Book Of Luke' Before joining the notoriously shocking rap crew, Campbell was a party-rocking DJ in Miami. Even then, he knew that being aggressively different could lead to success. 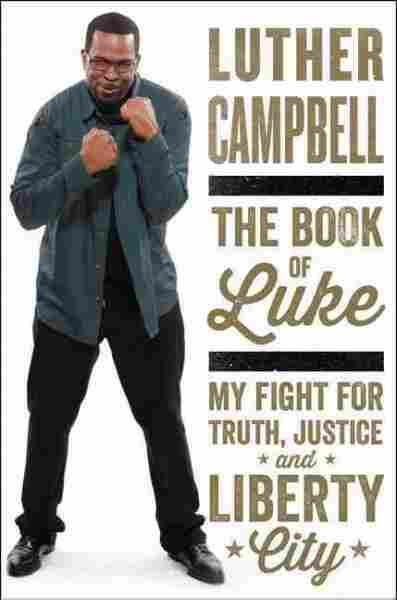 The Book of Luke

My Fight for Truth, Justice, and Liberty City

by Luther Campbell and Tanner Colby

Title
The Book of Luke
Subtitle
My Fight for Truth, Justice, and Liberty City
Author
Luther Campbell and Tanner Colby

If anything was going to make the case for putting warning labels on music, it was 2 Live Crew at the turn of the 1990s. The hip-hop group's output was so sexually explicit that it eventually became the subject of an obscenity case that made its way through some of the highest courts in this country. The man at the center of it all was Luther Campbell, a.k.a Luke Skywalker, the alter-ego that helped make 2 Live Crew one of the most legendary and notorious rap acts ever.

Campbell has written a new memoir about his life and that time in the music industry. He spoke with NPR's Rachel Martin about the place where he started his career, as a DJ in the Liberty City neighborhood of Miami, and how he first began to learn that being aggressively different could translate to success. Hear their conversation at the audio link, and read an edited version below.

Rachel Martin: You write in the book about how much you loved to put on a good party. You were a DJ in this really vibrant music scene in Miami, and you and your friends were really successful at turning this into a business. Walk me through what that felt like — when you're in the moment, you're in a crowd, you can feel the vibe, and you know exactly the song you're gonna play to take it to the next level.

Luther Campbell: It is always, to this day, an amazing moment when you're able to just turn people on. And me, being the star of the show, I would DJ last — so everybody would have played every hot song at least two times. When I came on, I had to be a little more creative, so I would go and get an old song — like Herbie Hancock, "Rockit." You know, I had to basically separate myself from the average DJ.

What made you really successful in that world was your ability to break artists — to anticipate people's tastes and to find people who hadn't really popped yet. When you look back at it, that's kind of risky. Did you ever have room for self-doubt? Or did you just have to say, "Nope, I'm going with my gut. This person's gonna be a star."

When I looked into the crate of records, I did not want to be the guy who just played the music that was on the radio. Forget about these records with the name labels on them; I'm gonna look for the records with generic labels, not the nationally branded artists. People were looking at me crazy when I discovered Pitbull — they were like, who is this guy? A Cuban rapper? Are you serious?

Your DJ business grew — and then you discovered this already-existing group called 2 Live Crew, and brought them to South Florida. You went from being their promoter to joining the group as a performer. At the time, groups like Run-D.M.C. and N.W.A were breaking into the mainstream, and you wanted to stand out.

'The Chronic': An Audio Document Of The L.A. Riots

How The Wu-Tang Clan Cracked Open An Industry

Dante Ross: 'We Wanted Our Own Universe'

I sat there [thinking], if we're gonna compete with these guys, we don't have the same budget they have, so what we're gonna have to do is do something different: Let's do comedy. Let's sample some of these famous comedians, like Redd Foxx and Leroy & Skillet and Aunt Esther — and we'll keep this bass music, this uptempo, Miami-style music. We're gonna do dance. And that will set us apart from everybody else.

That might not be the first thing that people identify with 2 Live Crew — comedy.

No. They were shocked. I can understand that now!

So at the beginning, did you not anticipate that the music — and the explicit nature of it — would stir up such ire in parts of the country?

No, I did not at all. Even with the videos I'm like, I'm a product of my environment. My environment is Miami, Fla. We go on the beach on Sundays and everyone's running around here half-naked, so my videos are gonna look like Miami. I'm not gonna look like I'm in New York, you know? So when I did get a call from a PTA group out of Alabama who said, "Our kids are getting this," I had no problem creating that parental advisory sticker and putting it on the record, and starting to do two versions of the songs.

I remember being in music stores and seeing those CDs with those parental sticker labels.

Oh, so you got a couple? Go ahead, you can tell.

I had to do some creative things. You know, I'm doing this on my own. When Michael Jackson's record comes out in the record store, I had to have some girls with some big ole butts — because I knew I wasn't gonna get the same visibility in that record store as Michael Jackson.

So you knew the sex would sell.

Of course. I looked at the things that Larry Flynt was doing, what Hugh Hefner was doing. These things were already a part of society at the time.

The calls for you to tone down your music, and even for record stores to get rid of you music altogether, started getting louder, and lawsuits were filed. You kind of doubled down: Instead of caving, you made the album As Nasty as They Wanna Be, which ultimately landed you in court under obscenity charges.

I did double down. I was basically saying, hey, look, I'm gonna just fight the system. At that time I felt like it was racially motivated: I'm a black man, I own my own black record company. Everybody else is doing this; they're only coming after me because of this right here. So why should I not fight this?

You won this significant free speech ruling that ended up affecting the rest of the music industry. But did you feel like you had the support of the industry when that ruling came down? Did you feel that you had been vindicated? 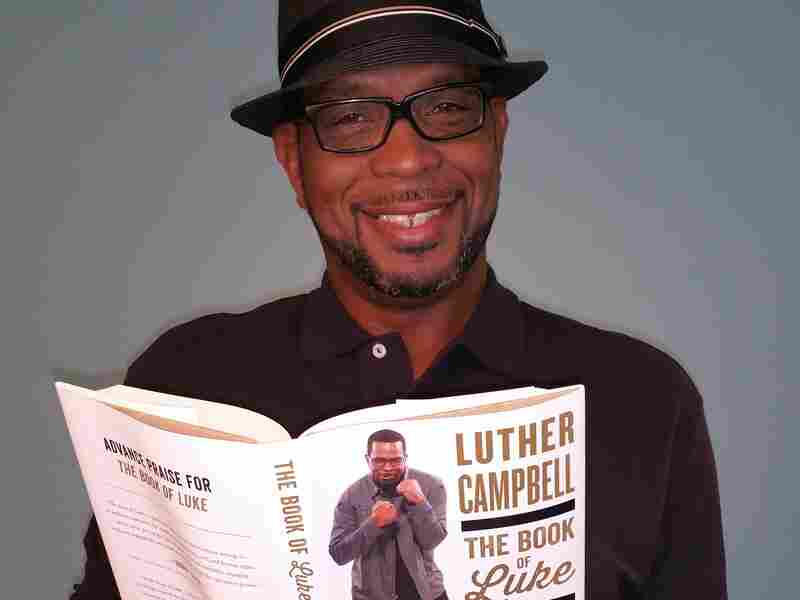 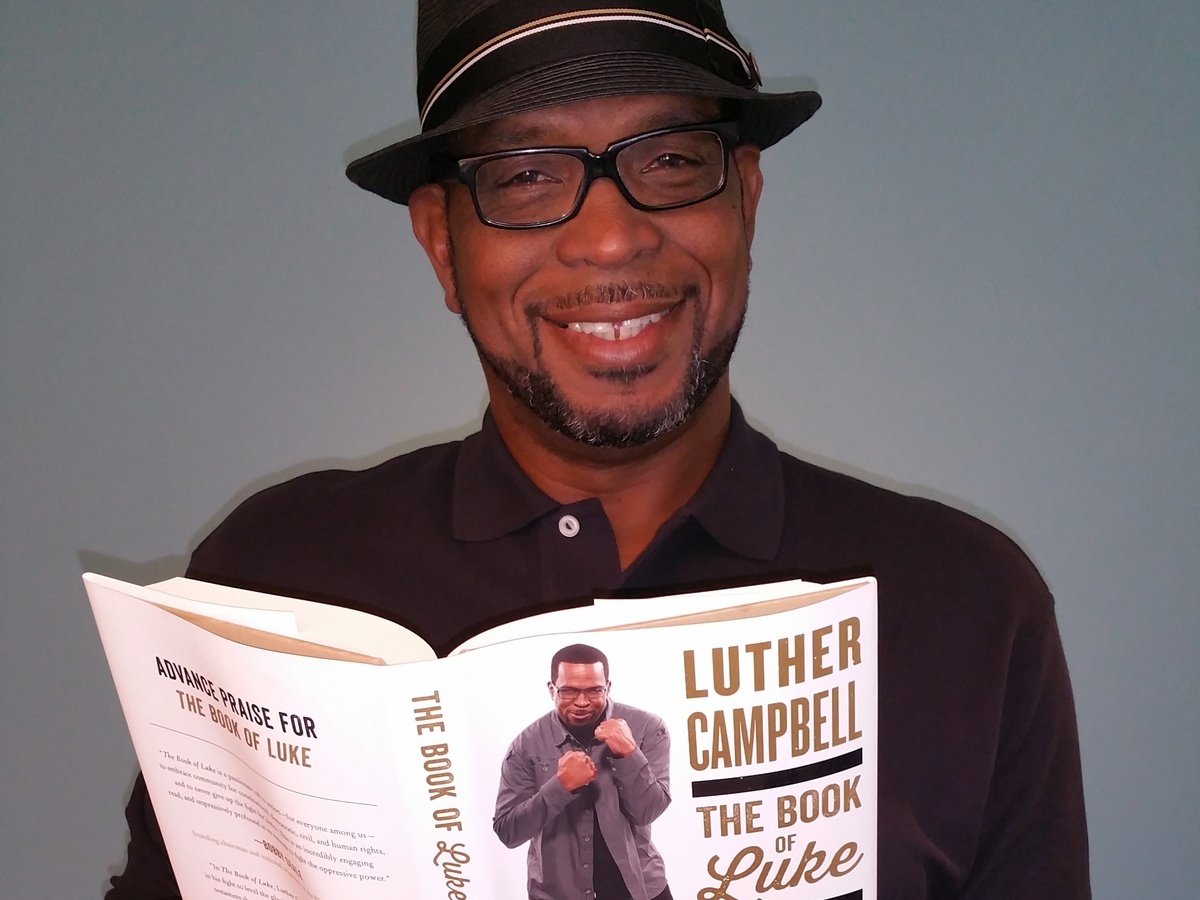 I felt like the only person that was with me, was me — and the people of my community, the people of Liberty City. That was it. And that's why I always came back home, even when I became more and more successful. Because you had rap groups, in the height of it all, going on TV — you know, from Salt-N-Pepa to Kid 'n Play — talking bad about what we were doing on records. You had the Russell Simmonses of the world, all these same people that you would have thought would have supported us, coming after the music.

You write in the book that after the trial, you took your onstage persona to this completely different level. You started getting really into sex films, as a producer, and there was a really strong sexual element to your live shows. When did you decide to shed that persona? And how did you make that decision?

I had to basically take a look at myself and say, you know, "I've won every battle. I went to jail for music. I've gotta grow up. I want to focus more on being an executive, and at some point in my life, being a father." And then I could get on with the rest of my life.

You went home to Liberty City and set up an organization to help kids, to mentor them through football — a pretty different life than you were leading as a music star and producer. You've got kids now; how much do they know about your past, your music? Do they listen to your albums?