Accessibility links
Review: 'Woman With A Secret' Sophie Hannah's new psychological crime thriller is about the cruel machinations of outwardly nice married folks with too much time on their hands. 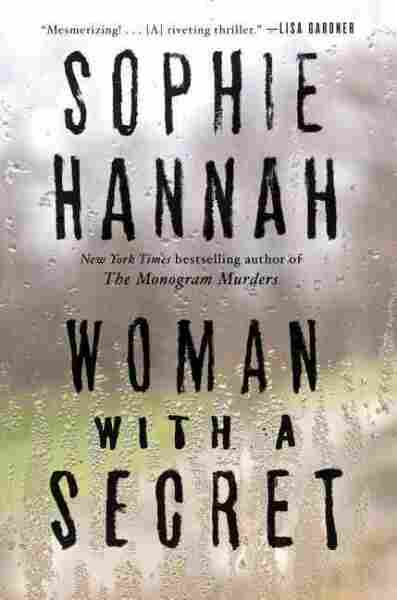 Woman With a Secret

Crime is bred from secrets. British author Sophie Hannah hit that theme heavily in a recent interview, saying, "I can remember knowing from a very young age that there would be disastrous consequences if anyone were to discover how I truly felt and what I honestly thought." Now, Hannah has transferred this crippling paranoia to Woman With a Secret, about the labyrinthine, sometimes cruel machinations of outwardly nice married folks with way too much time on their hands. It's the latest in her series of psychological thrillers featuring the husband-and-wife detectives Simon Waterhouse and Charlotte Zailer.

Woman With a Secret tells the story of Nicki Clements, a woman who feels a pathological need to lie in order to survive. When a brutal murder takes place in Nicki's neighborhood investigators are puzzled about its macabre details. (I must confess, without giving any spoilers, that they didn't seem all that macabre to me.) The victim, Damon Blundy, was a well-known journalist — and a man Nicki actually knew. On the wall, scrawled not in blood but red paint, is a mysterious phrase: He Is No Less Dead.

The reader knows from the start that Nicki had nothing to do with the crime. The first-person narrative shows her to be en route to her children's school at the time the murder occurred. And yet the questioning of Waterhouse and his team threatens to expose secrets that Nicki has struggled to keep hidden from her decent husband and innocent children, even from her long-time best friend.

As the novel progresses, we find ourselves caught up in a web of hot-and-bothered chat rooms and salacious instant message threads. Nicki conducts illicit communications in her secret "cyber-adultery office" on the uppermost floor of her house, as her kids watch the telly downstairs. We discover extramarital affairs between unlikely partners. Was Nicki Damon Blundy's lover, as the police suspect?

Nicki feels passion and guilt in about equal proportion, coupled with great bouts of rage. The official investigation winds her tighter than a top, and I wondered as I read what would happen when she was finally allowed to spin.

Sophie Hannah came out most recently with an Agatha Christie estate-approved Hercule Poirot mystery. She has clearly mastered the psychological methodology deployed to exciting ends by Gillian Flynn, or Tana French. Her unreliable narrator commands our attention and even our sympathy, despite the dire acts to which she confesses throughout. Nicki kept me guessing at every turn of this story. Until the very end I predicted a completely different outcome. "This is it: why I lie and keep secrets and take crazy risks — for this feeling," Nicki confides. "No chemical could give me the same buzz: the thrill of being so wanted, so sought after."

Lies and deceptions drive this particular woman with a secret. Over the course of the story, Nicki's mysteries begin to break open like overripe fruit, leaving readers to sample the forbidden pleasures of this tightly plotted psychological thriller.