Accessibility links
Reflecting On Football And Addiction As 'Friday Night Lights' Turns 25 A quarter-century ago, Buzz Bissinger wrote about the big-time stakes of small-town high school football in Friday Night Lights. Now he talks about the impact the book had on the players and himself. 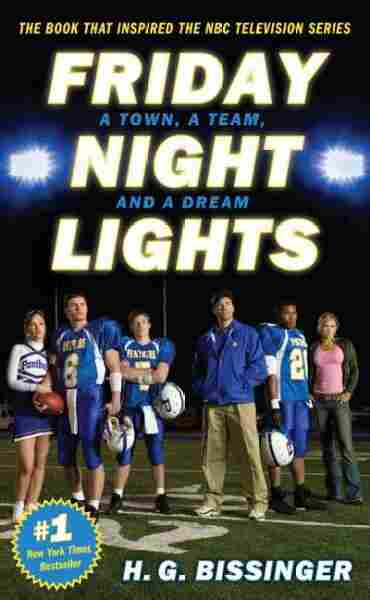 A Town, a Team, and a Dream

Twenty-seven years ago, journalist Buzz Bissinger decided that he wanted to write about the big-time stakes of small-town high school football — he just needed to find the right town. At the suggestion of a college recruiter, he visited Odessa, a west Texas town with a high school football stadium capable of seating 19,000 — and a population of approximately 90,000.

"Odessa is just kind of a dusty, gritty place," Bissinger tells Fresh Air's Dave Davies. "And I see that stadium ... and it's like a rocket ship on the desert."

In 1988, he moved his family to Odessa so he could spend a year following the Odessa Permian Panthers, their families and their fans. The resulting book, Friday Night Lights, sold 2 million copies, and inspired a movie and a TV show.

Now, in a 25th anniversary reissue Friday Night Lights, Bissinger checks in on the players from Odessa's 1988 team to find out how they fared after their playing days were over.

"For a lot of kids, life peaks at 18 in Odessa, it just does. You're playing in front of 19,000 people, you're the god of the town, you're a rock star, but you don't spend the rest of your life being that kind of star," he says.

Bissinger discusses his own struggles following the success of Friday Night Lights, as well as his addiction to buying leather clothing and his recent Vanity Fair cover story on Caitlyn Jenner. 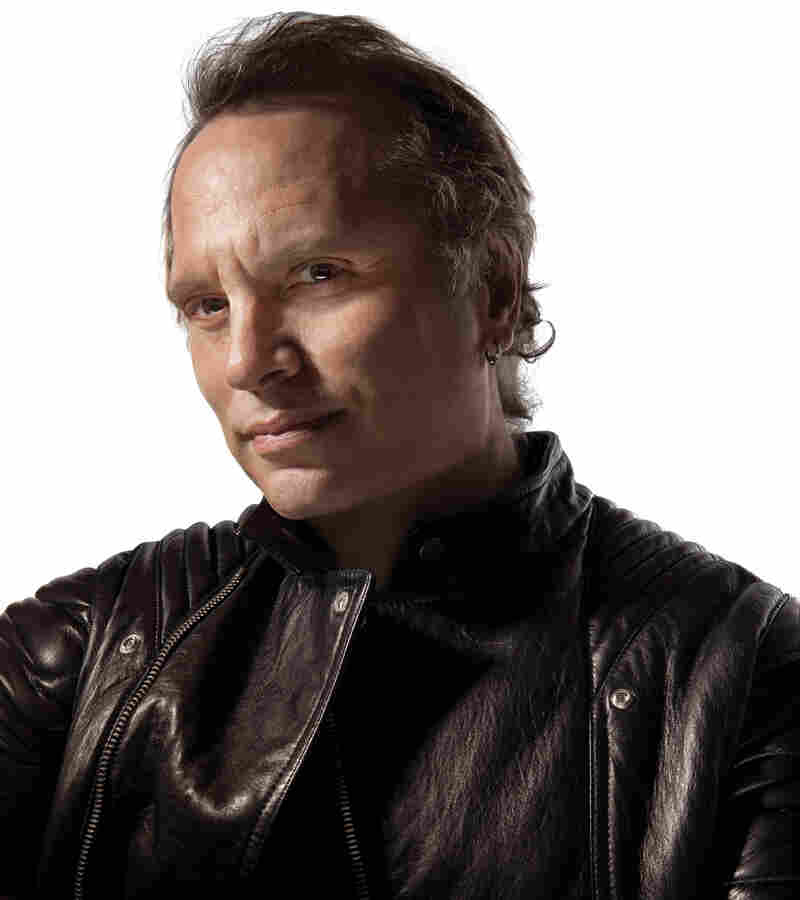 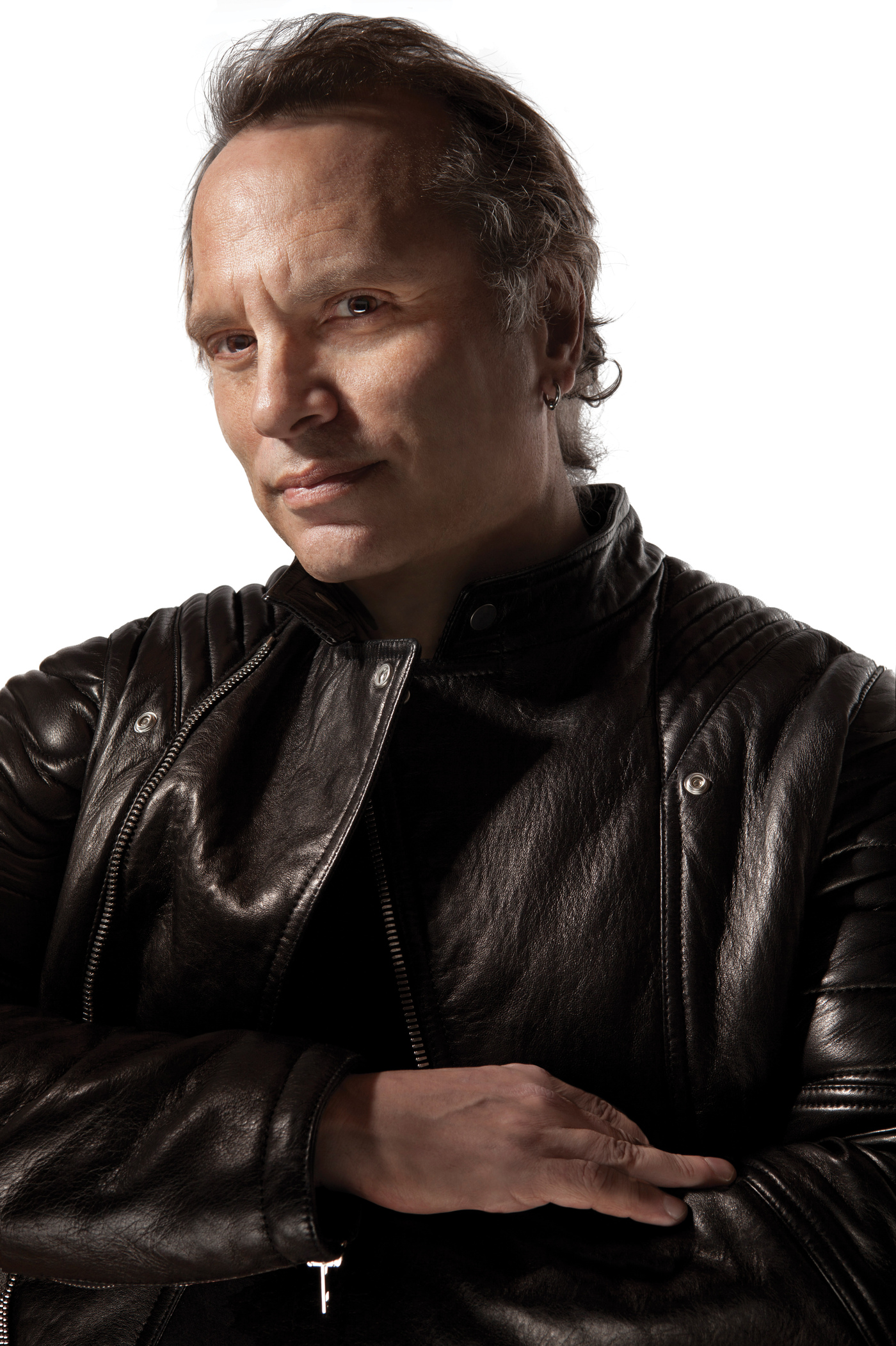 Buzz Bissinger is a contributing editor to Vanity Fair.

On the role of football in Odessa, Texas

When they would travel to the school, to the stadium there was a caravan of police cars, you would've thought it was the president, basically. ... When they flew to certain away games, particularly — Texas is a big state — chartered jet. I'm talking chartered jet. ... I think the year I was there it cost about $60,000 ... paid for [by] boosters and I think the school kicked in some money. More money was spent on getting rushed game tapes — so they would get them that Saturday overnight — than was spent on books and supplies for the English Department. ...

I heard that they preempted a national league baseball playoff game because the [Odessa] Permian [vs.] Midland Lee game was put on television, and on and on it went.

For a lot of these players [they have] sort of this glazed look in their eye saying, "What happened? What happened to the crowds? What happened to the attention?" Because no one is more lonely and isolated than a former player who comes back to the locker room. There's a pat on the back and the coach says, "Hey, it's great to see you, man," but then no one cares, nobody cares. They get shell-shocked.

On former running back Boobie Miles, who is now in prison

Boobie was basically treated as a football animal. He was pushed through school without any demands. He basically had a tutor who gave him the answer to all the questions. There was no attempt to educate him at all. I never saw him play because in a preseason scrimmage, in a silly play that was meaningless, his cleat got caught in the turf, he blew out his knee. ...

Boobie lived for football. He was told to live for football. His uncle who took care of him, he lived for football. That was his only persona in school and when he lost that I saw him dissolve. I saw him fall apart. I saw every dream he had fall to pieces and I saw that town, and I will never take this back, I saw that town turn totally against him after loving him and extolling him when they found another running back who was good or maybe better named Chris Comer and that's when the n-word came out.

"A big, dumb ol' n-[word]" — and that was a coach, that was an assistant coach who is a nice guy ... and I heard boosters laughing one day on the sidelines and sort of comparing Boobie to a horse. "What do you do when a horse is pulled up lame? You shoot 'em. You shoot 'em."

I saw this over and over and I've kept in touch with Boobie since the book in 1990 — for 25 years and I don't think he's ever, ever, ever recovered. The last time I saw him, it's in the new afterword, the last time I saw him [he] was wearing a white prison uniform. I think collectively, because of the way we view sports and the way we view African-Americans, we all bear responsibility.

I felt like sort of the nonfiction equivalent of the high school quarterback.

On feeling like a "one-hit wonder" with Friday Night Lights

Because I didn't want to hear about it anymore, because when the book came out, writing the book was delicious, what I miss the most is that magic moment of being young and innocent and my kids are young and here you are, you know it's a great story. I miss that intensity of connection.

I wrote a book about Philadelphia that I feel was my best book, A Prayer for the City. Friday Night Lights — 2 million copies, A Prayer for the City — about 42,000 copies. It was hard, it was hard, because I felt like a one-hit wonder. I felt like sort of the nonfiction equivalent of the high school quarterback. All these cheers, all these accolades. ... It got to me, it gnawed at me and that feeling increased where I felt an intense feeling of failure.

On his shopping addiction

It's a shopping addiction but it's a sexual addiction. ... It was leather. I have a leather fetish, which is fine, but my shopping became compulsive. I had to get packages. It's much better, but it's still there. Three, four packages a day. I bought a lot of women's clothing, and you know what? I like women's clothing. I've cross-dressed. I like cross-dressing. My wife knows it, my kids know about it. ...

On how the leather addiction is a sex addiction

Leather has become kind of a sexual icon to me. The reason why? I became obsessed with it at a very young age. I had a difficult relationship with my mother, who always wore leather gloves. There was a teacher in kindergarten who wore leather gloves and thought I was stupid, so I fixated on that. Why? I don't know. But I fixated and I tried to repress it. And I did not wear a stitch of leather until I was 40 years old. I was very good at repressing things. And then I began when I was 40 and in my 50s it became completely out of control. It was a complicated sexual addiction — that was the diagnosis when I went into rehab ... and also I was going through an all-purpose breakdown. I was playing around ... with S&M by myself, wearing paraphernalia that could be very dangerous, could've killed me, and I didn't really care. I didn't really care.

On how his gender identity relates to Caitlyn Jenner, whom he profiled in Vanity Fair

I think I do have some gender confusion, but actually, in doing the Vanity Fair piece on Caitlyn Jenner I learned a lot about transgender men and women and I learned about various psycho-sexual conditions, because I remember asking Caitlyn Jenner, "Do you get a sexual charge from wearing women's clothing?" And [Jenner] said, "No, not at all. For me I was born a woman, I happen to be in a man's body, so to speak, but I was born Caitlyn Jenner."

So what [Jenner] is going through is much, much deeper. For me it is related to a kind of sexual turn-on. ... Do I have gender confusion? Definitely. Am I more open about this because I feel that we should gender-bend? I don't know. Men have women characteristics, women have men characteristics, I hate going to clothing stores and there's a men's section and women's section because you become stigmatized. I mean who the hell cares? ... It's very hard to be different in this country, extremely hard.