Accessibility links
Complex, Generational Music In Lyrical 'Daughters' Women are the blood and backbone of Adrienne Celt's debut novel, and at the heart is Lulu, who's revisiting family stories and legends as she comes to terms with her daughter's birth and an old curse. 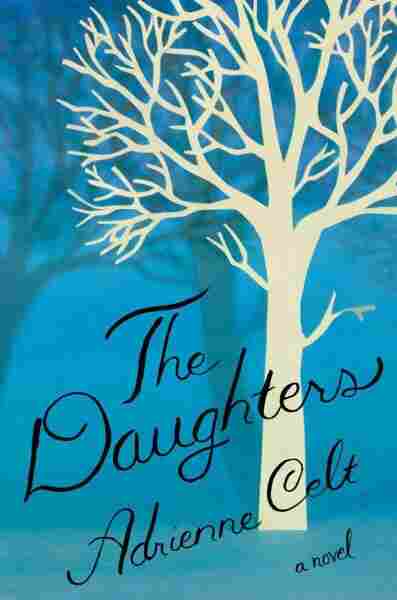 From childhood, The Daughters' Lulu has been a creature of music, able to discern the notes of her surroundings on whim and command: The B-minor of a knife striking a glass, the pitch of different car horns, the musical composition of a waiter's dropped tray. As an adult, she is an opera singer in high demand, a soprano of rare talent who "[prefers] to sing the songs of witches."

But since the birth of her first child, Kara, and the simultaneous death of her beloved grandmother, baba Ada, she has been deeply anxious, and for good reason: Her daughter's provenance is more complicated than her husband believes, and she hasn't sung a note since the birth — seemingly a fulfillment of a family curse in which mothers sing their daughters "into life" and lose something in turn. As Lulu grapples with her spouse, infant and grief, and attempts to plan a christening in the glacial Chicago winter, she revisits the family stories and legends that have been strung around her since girlhood.

There's grand-grandmother Greta, the Polish matriarch who may or may not have stopped a dance with a magical chill, who marked and married the man she desired, and whose deal with the devil brought her the daughter she always wanted. From her, Ada, the ferocious émigré whose love and discipline sustained Lulu through her entire life. Then, Sara, Lulu's sensual and elusive mother, an alcoholic whose perpetual disappointments culminated in her abandonment of Lulu as a child. Now, Lulu must love and contemplate the woman who will come after her: A daughter who might not be her husband's, but is definitely, irrevocably hers, and whom she loves despite the fact that the child may have claimed the talent that seems to have left her own, now-alien body.

There is tension between Lulu's family's stories and the reality they attempt to portray. How did Greta and her husband truly meet? What really happened to their home in Poland? Why did Ada come to the United States? How did Greta die? "[Baba Ada] told the story differently every time," Lulu says. "Each new version made the others harder to believe, and that was her weapon: The multitude, the manifold, made the very fact untrue."

In this novel, voice and music and history and storytelling and mythmaking and motherhood and protection of the self are in many ways the same: Living animals, changeable and complex, adaptive and perilous and endlessly powerful. "History is like any other story," Lulu points out. "It depends on us, it feeds on us, on our desire to get it right. But what if there is no way to know exactly how something was, what it meant?" It seems as if Celt is trying to tell us — and Lulu has to learn — that it's less about getting it right and more about making it work.

One of the many pleasures of The Daughters is the dizzying surfeit of female characters, their stories entangled and entwined with each other, and the novel's blood and backbone. There are men here as well, with their own storytelling and minor roles to play, but their plotlines and presence feel incidental — a necessity of biology more than anything else. Don't mistake me: This is a feature, not a bug. It's sad how rare it is to have such a concentration of women's stories, not as peripheral but central and crucial. Here is one you should not miss, a gratifying feast in lush, lyrical and full-throated form.