Accessibility links
Latitudes: The Global Music You Must Hear Right Now From a hard-hitting documentary that delves into deep questions of cultural identity in Sudan to a parody of Indian club anthems, there's something for everyone.

Latitudes: The Global Music You Must Hear Right Now

Latitudes: The Global Music You Must Hear Right Now 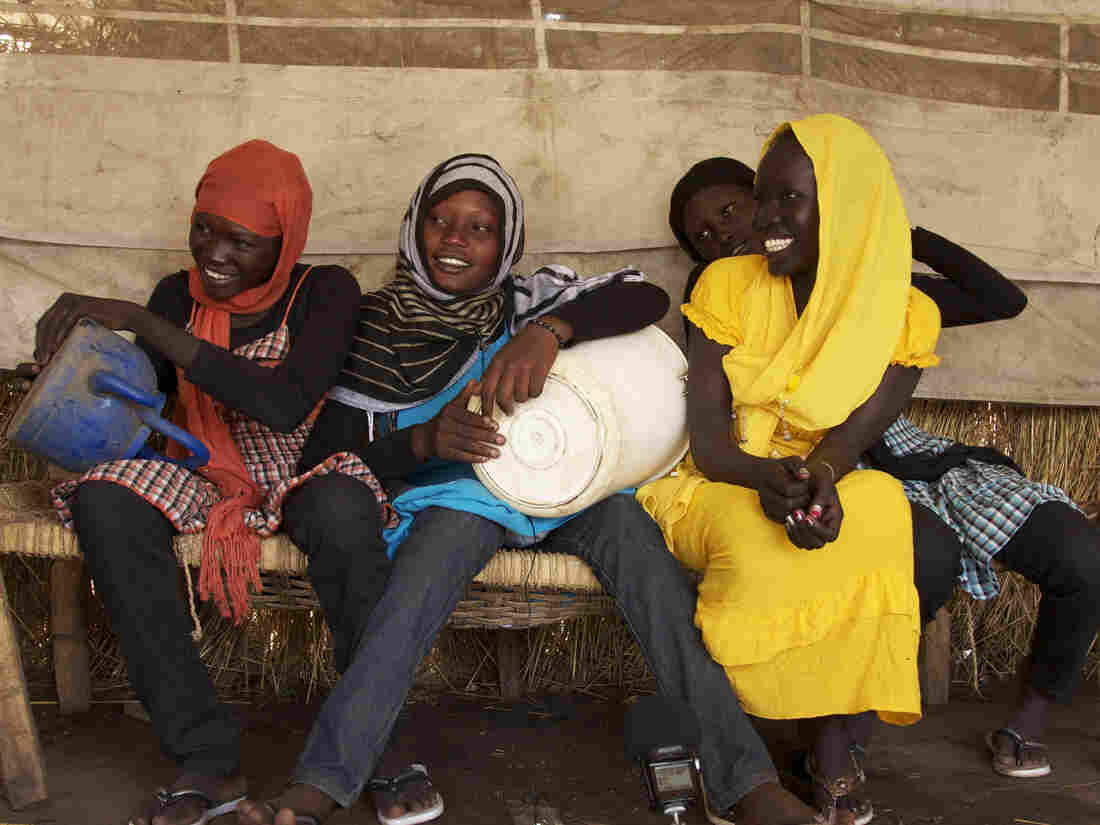 A group of young Sudanese women performs "girls' music" using overturned kettles and buckets as percussion in the documentary Beats of the Antonov. Hajooj Kuka/Courtesy of "POV" hide caption 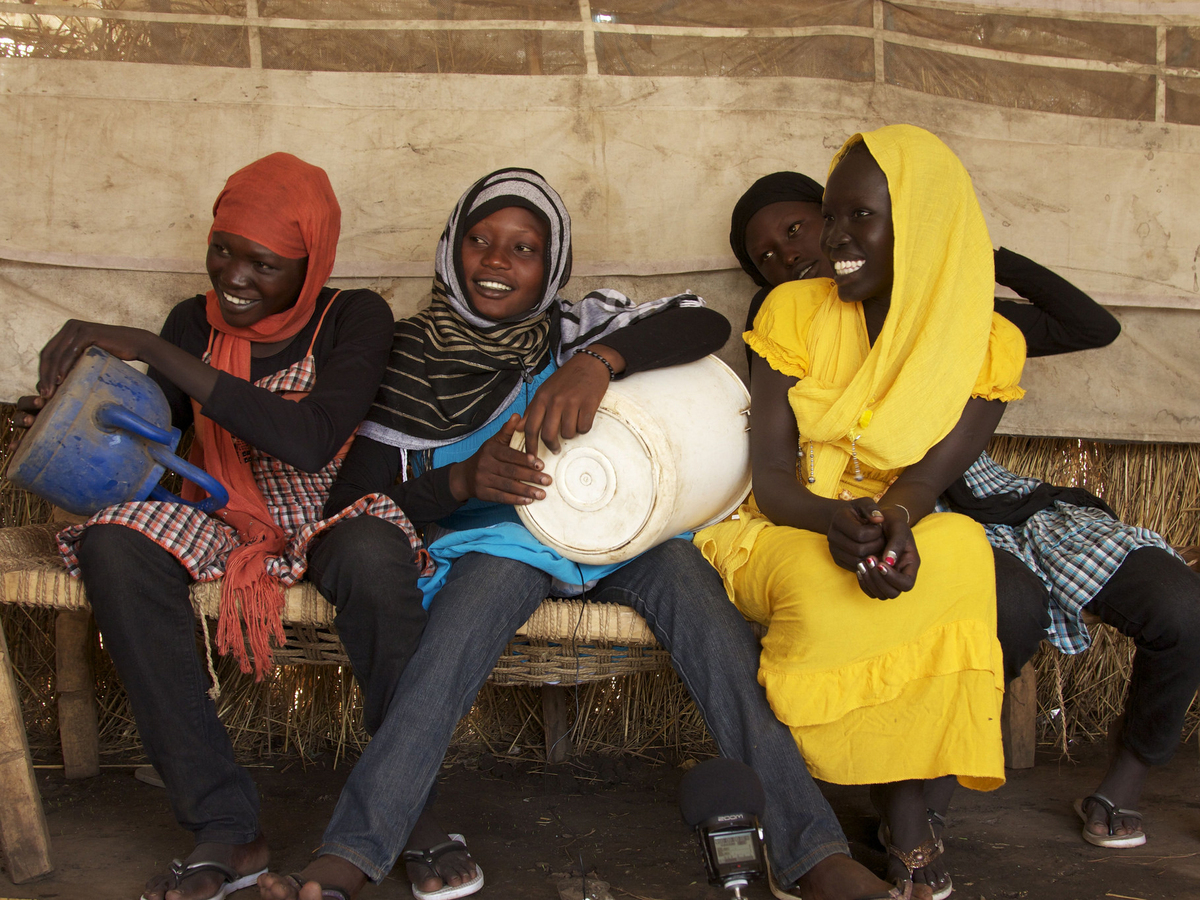 A group of young Sudanese women performs "girls' music" using overturned kettles and buckets as percussion in the documentary Beats of the Antonov.

This month's picks for international sounds run the gamut of ideas and emotions. They range from a deeply thought-provoking documentary film to a viral sensation from India that pokes fun at club culture. Think of them as the aural equivalents of a meaty long read to some lightest-of-light beach novels.

In his documentary Beats of the Antonov, Sudanese director Hajooj Kuka delves into the civil wars in Sudan, using music to explore issues of self-identity, both cultural and gender-based. Most of the music we hear is created for the community by the community, though we do meet a woman identified as Sarah Mohamed, a Sudanese musicologist — who is becoming known internationally as the singer Alsarah, whom we've profiled before in Latitudes.

Although the perspective is very much from the point of view of those who oppose the regime in Khartoum, Kuka has made a gripping work that presses deeply into issues of race, ethnicity and how people try to sustain their cultures, even under the most terrible circumstances. The full film premieres on TV this week on the PBS series POV and will also be streaming all month on their website.

Even though this song came out several months ago, it took me a while to discover Alo Wala — but I promptly became obsessed. The band is fronted by a Chicago-born singer of South Asian heritage who apparently enjoys lo-res graphics and sonic mashups (think MIA back in the early days of "Arular"), paired with a Danish producers who clearly adore Jamaican dancehall. Their song "Cityboy" is compulsively danceable.

Speaking of late discoveries: I only came across Riff Cohen via a cover of her song "Dans Mon Quartier" ("In My Neighborhood") that's just now hitting the Turkish pop scene. It's a version by the singer Simge called "Miş Miş." Born in Tel Aviv to a father of Tunisian Jewish background, and an Algerian Jewish mother raised in France, Cohen integrates all these elements into her music, as on her debut single "A Paris" ("In Paris"). Her newest single, "Hélas" ("Enough"), is a lot of fun, with its quirky aesthetics and a sonic sensibility that marries alternative with North African sounds.

"Cannes mein kya word seekha tha?" — "What was that word we learned in Cannes?" — "SWAG." That's the setup for a video from Indian comedy group All India Bakchod (AIB) and actor Irrfan Khan that taxonomizes the hip hop-flavored excesses of the current Indian pop charts (Yo Yo Honey Singh, it's pretty clear they're looking straight at you, not just for one song but for your whole oeuvre).

Finally, a local spin on a globally famous tune: my buddy Felix from Alt.Latino passed along a version of Michael Jackson's "The Way You Make Me Feel" — sung in Quechua by the teenaged Renata Flores Rivera, and recorded in front of a famed Incan temple in Ayacucho, Peru. The Peruvian paper La República reports that the video is part of a local initiative to get young people interested in the indigenous Quechua language. (Another fascinating linguistic project closer to us is a weekly radio program broadcast in Quechua from New York, which was profiled last summer in the New York Times.)