Accessibility links
Review: Teen Daze, 'Morning World' After recording a string of albums in his bedroom, Teen Daze emerges as a full-fledged indie-pop frontman on his new album, produced by John Vanderslice. 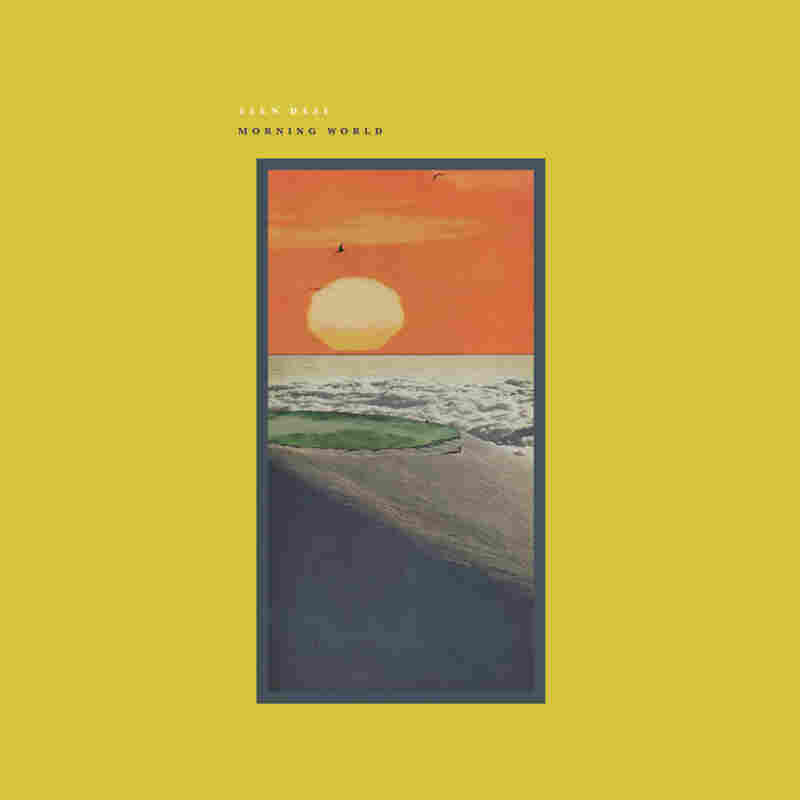 When British Columbia musician Teen Daze appeared with his bedroom-recorded 2010 debut, Four More Years, the title of that eight-song cassette might have seemed presumptuous. Five years later, Teen Daze has matured musically and covered new ground. Credited to a twentysomething named Jamison (no surname given), Teen Daze began to post more and more music online, with efforts like My Bedroom Floor and Beach Dreams suggesting comfortable intimacy in his sound. He made primarily electronic-tinged pop, with synths adding extra drift to the instrumentals; Jamison kept a prolific pace with five releases in five years — all capped by 2013's Glacier, which added ambient watercolors and even a bit of a house beat to the template.

The new Morning World suggests not the early hours of the day — which would be in keeping with Teen Daze's aesthetic — but a greeting. It serves as a coming-out of sorts for Jamison, introducing him to a larger indie-pop world. Recorded and mixed in the span of 10 days with help from producer John Vanderslice, Morning World strips away the self-recorded layers of Jamison alone in his bedroom, and instead places live accompaniment behind him throughout these 11 dreamy pop songs.

The first two minutes of "Valley Of Gardens" mix bowed cello, warm organ chords, live drums and a nimble, fingerpicked melody — and then Jamison's voice appears. While his voice had emerged on previous albums, it was often obscured behind hazy synths. Now it's here, crystalline and fragile, double-tracked and reminiscent of Elliott Smith or the whispers of early American Analog Set.

Morning World strikes a careful balance of guitar fuzz ("Pink"), the slow and cresting dream-pop of "Post Storm" and the sputtering electronics of the title track. One of the album's most gorgeous moments comes in "Along": After a droning keyboard intro, a crisp drum line and pizzicato strings, Jamison's whispered tenor intermingles with the band, his words evoking grass and violet clouds. It's an ethereal state that matches his voice perfectly, bringing to mind Roger Waters circa "Breathe." Right at the line about jumping into a river and being carried along by it, the rhythm on the ride cymbal changes and slows, the space between each instrument widens, and Teen Daze sets us fully adrift in his daydream.