Accessibility links
Why Did The U.S. Choose Hiroshima? Seventy years ago, an atomic bomb wiped a city off the map. The committee that picked the target knew the destruction would be awful, but hoped it could end the war and stop future use of such bombs. 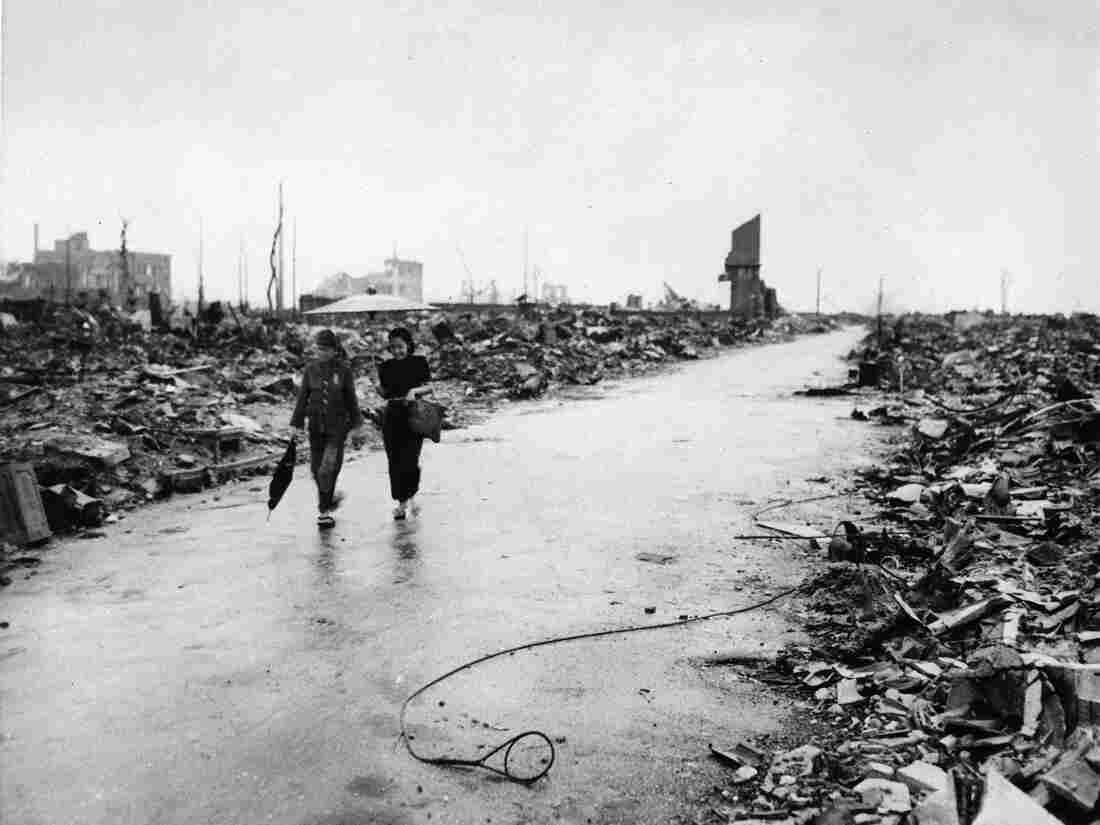 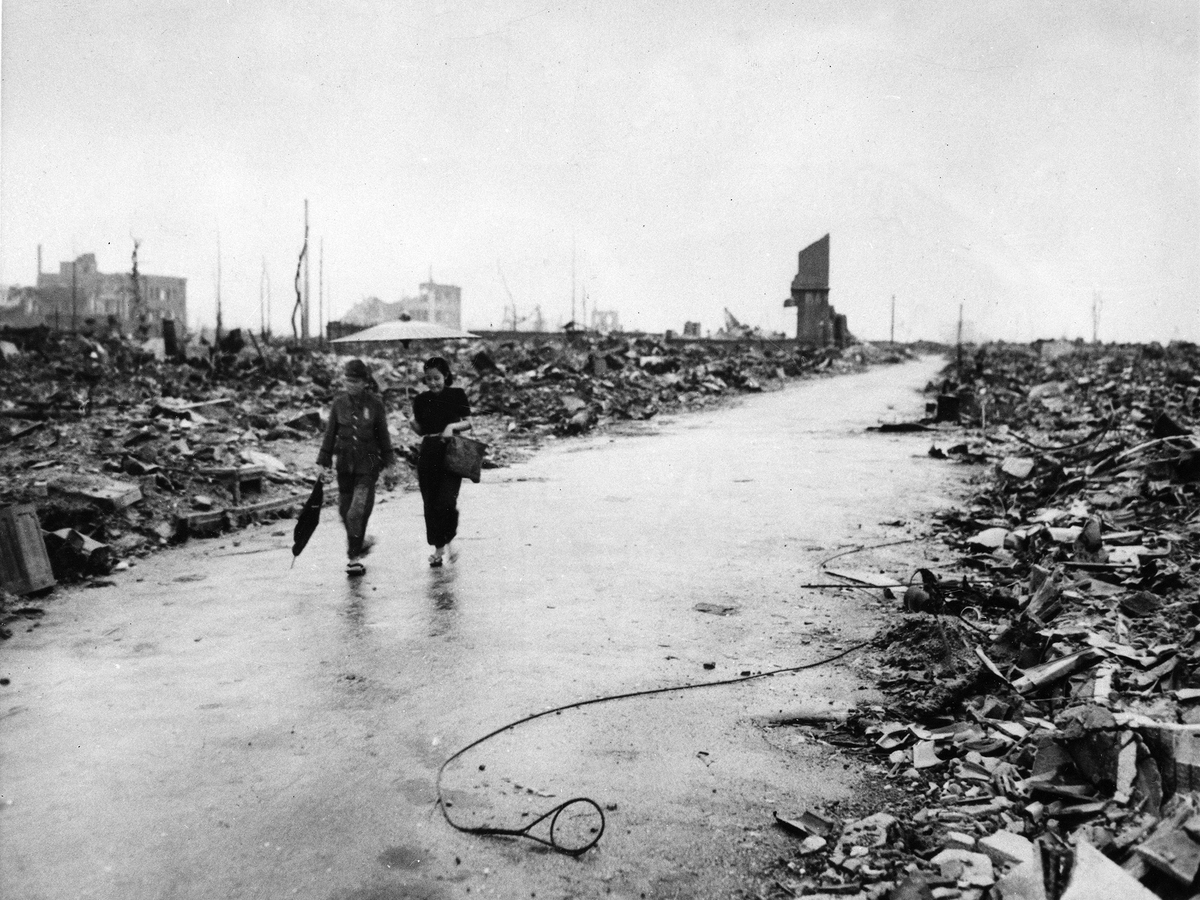 U.S. strategists wanted to flatten an entire city with a single atomic bomb: Hiroshima was the right size.

The name Hiroshima is so tied to the atomic bomb that it's hard to imagine there were other possible targets.

But in early 1945, the U.S. was still months away from building its first bomb and certainly didn't know what to hit.

"Should it be a city? Should it be a military installation? Should you be just displaying the bomb, without killing anybody?" These are questions that were yet to be decided, says Alex Wellerstein, a historian at the Stevens Institute of Technology.

Wellerstein has devoted his career to studying nuclear weapons and the decision to use them. He says that in the spring of 1945, the military convened a target committee, a mix of officers and scientists, to decide where the bomb should fall.

The minutes of this committee were declassified years ago — and they show it considered some far less deadly targets. The initial list included a remote military installation and Tokyo Bay, where the bomb would have been detonated as a demonstration.

But the target committee decided those options wouldn't show the world the power of the new bomb.

"They want people to understand that this is something different, and so picking a place that will showcase how different it is, is very important," Wellerstein says. 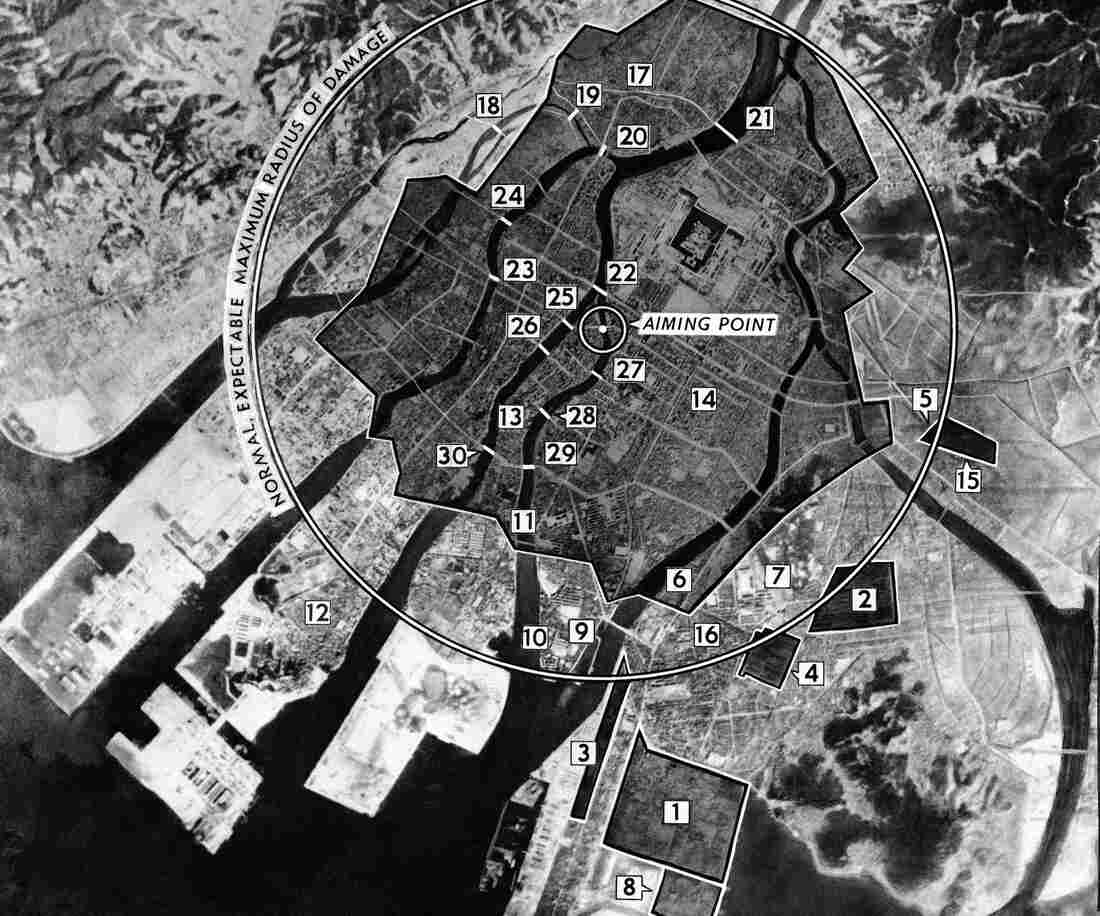 This photo diagram shows the extent of the damage at Hiroshima. Shaded regions indicate the city's most devastated sectors. AP hide caption 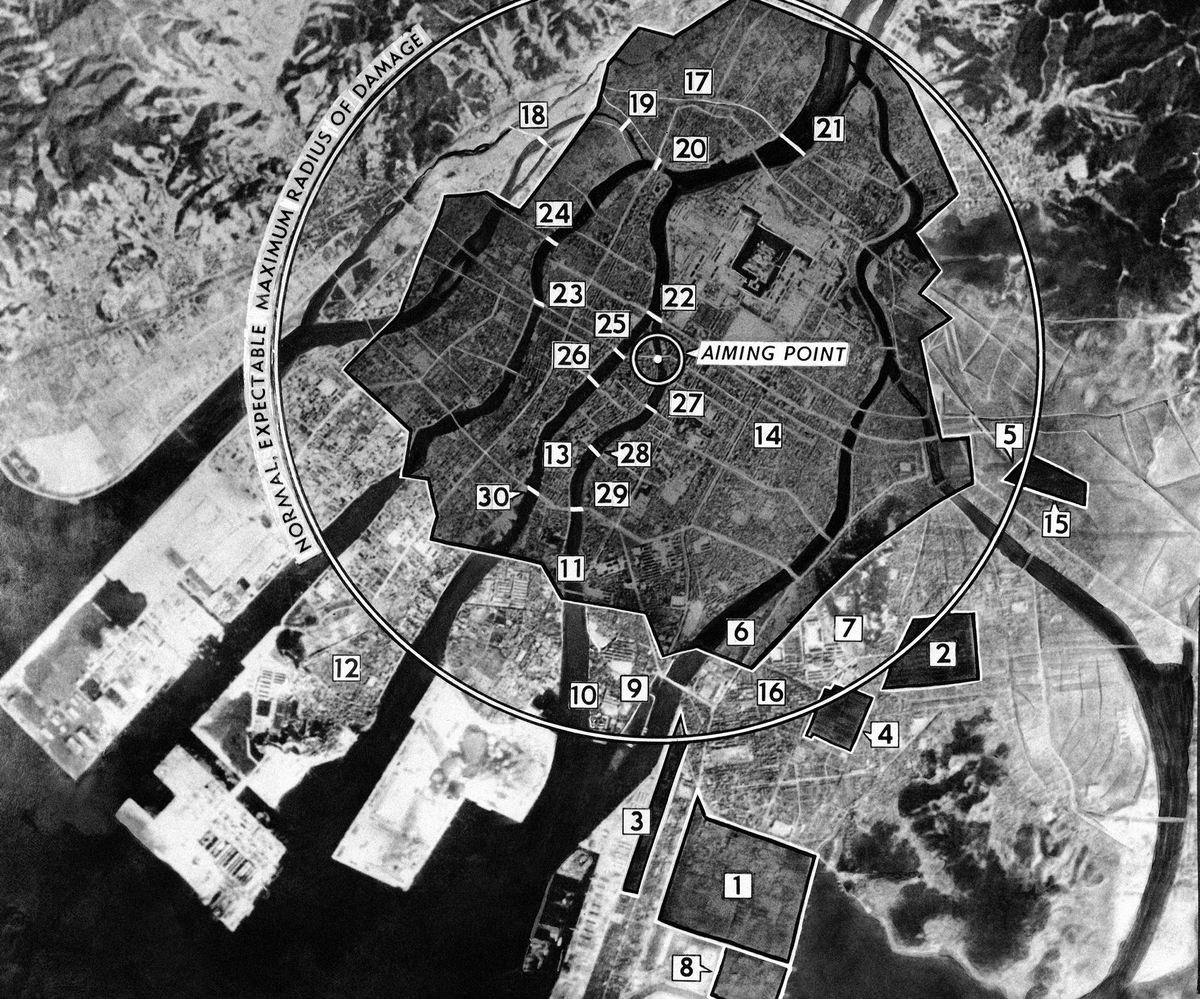 This photo diagram shows the extent of the damage at Hiroshima. Shaded regions indicate the city's most devastated sectors.

The committee settled on two "psychological" objectives of the first atomic bombing: to scare the Japanese into unconditional surrender and to impress upon the world the power of the new weapon.

That second goal was especially important to the researchers choosing the target. The atomic bomb was still top secret, but the scientists had an even more frightening secret. Within a few years, they expected to have a "super-bomb": the hydrogen (or thermonuclear) bomb. At the time, they believed H-bombs on top of missiles could destroy the world.

Physicist Edward Teller wasn't on the committee, but a letter he wrote sums up the anxiety of the bomb builders:

"Our only hope is in getting the facts of our results before the people. This might help to convince everybody that the next war would be fatal. For this purpose actual combat use might even be the best thing."

The target committee decided the A-bomb had to kill. At the time, American bombers were already firebombing many cities, killing tens of thousands.

So, they decided this bomb would not just kill — it would do something biblical: One bomb, from one plane, would wipe a city off the map. It would be horrible. But they wanted it to be horrible, to end the war and to try to stop the future use of nuclear bombs.

"Hiroshima is compact," Wellerstein says. "If you put a bomb like this in the middle of it, you end up destroying almost the entirety of the city."

Also, Hiroshima was a real military target. There were factories and other facilities there.

And did it make nuclear war unthinkable?

"It did have that effect on the decades that followed," says Robert Norris, a longtime arms control advocate and fellow with the Federation of American Scientists who also studied the history of the first bombings.

But Norris adds that thousands of bombs are still on alert, and the military still has war plans to use them. "What are the targets today?" he asks.