Accessibility links
The Real Charlie McCoy, A Musical Quarterback Of 1960s Nashville McCoy is best known as a harmonica player, but the studio veteran also played a big role in the pivotal moment when counter-cultural folk-rock came to Music City. 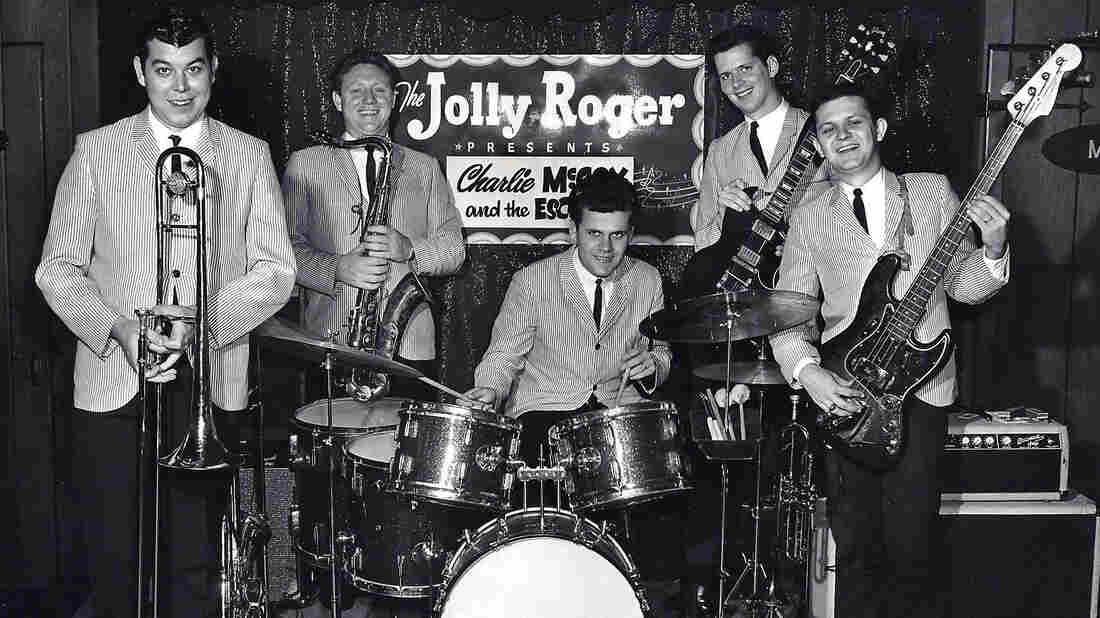 Charlie McCoy and the Escorts perform at the Jolly Roger in Printers Alley, circa 1965. From left to right: Wayne Butler, Jerry Tuttle, Kenny Buttrey, Mac Gayden, and Charlie McCoy. Courtesy of the Country Music Hall of Fame and Museum hide caption 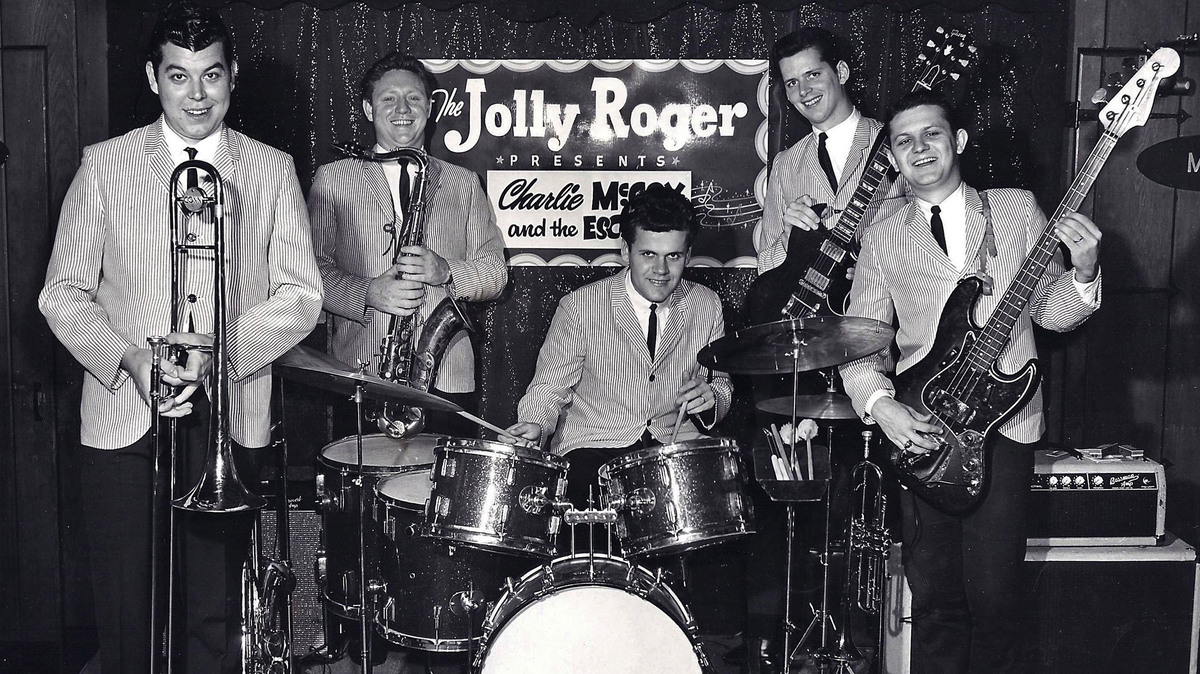 Charlie McCoy and the Escorts perform at the Jolly Roger in Printers Alley, circa 1965. From left to right: Wayne Butler, Jerry Tuttle, Kenny Buttrey, Mac Gayden, and Charlie McCoy.

Courtesy of the Country Music Hall of Fame and Museum

Charlie McCoy has been a fixture in the Nashville studio scene for nearly half a century. He's best known as a country virtuoso on harmonica, but he's also done a whole lot else: rock 'n' roll, R&B, pop, even Celtic music. And he was part of a pivotal moment in the city's history, when the counter-cultural folk-rock of the late 1960s came to town.

Back in 1965, McCoy was vacationing in New York City when he called a producer friend for theater tickets.

"He said, 'Come over. I want you to meet Bob Dylan,'" McCoy remembers. "So I went over to Columbia studio in New York, and he introduced me to Bob Dylan. And he said, 'I'm gonna do a song.'"

He told McCoy to grab another guitar and play along to the song "Desolation Row." Dylan was in the middle of a making an album, and McCoy's playing ended up on the recording because of that night.

As a kid, McCoy harbored dreams of being a hotshot rock 'n' roller. He learned delta blues licks on a harmonica he bought for 50 cents and a box top, and played rock guitar at south Florida dances. That's where Mel Tillis heard McCoy and told him to come to Nashville.

There, McCoy auditioned for the biggest producers in town, Chet Atkins and Owen Bradley. While the young musician didn't get a record deal, he did get an invitation to watch the pros play on a session.

"To be honest, I wasn't sure what a session was," he says. "But I said, 'Yeah.' When I heard the first playback, my whole life changed because I said, 'I don't want to sing — I want to do this.' It was the coolest thing I'd ever seen." 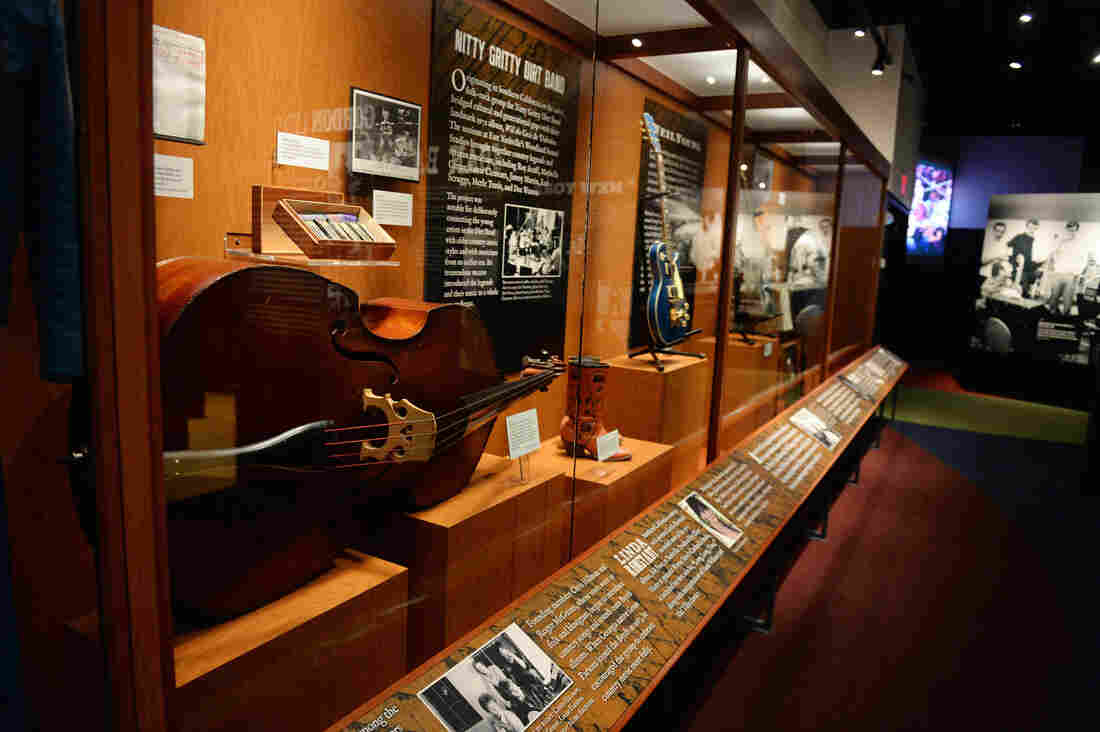 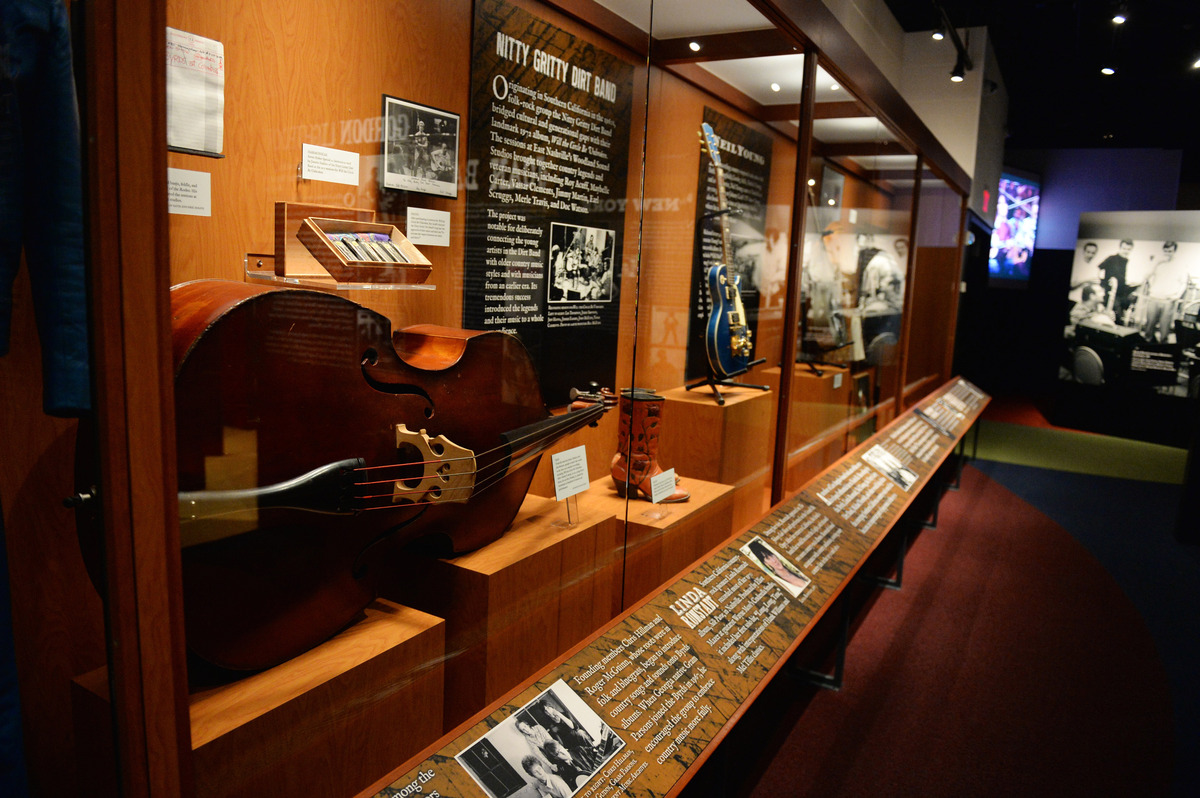 Dylan, Cash, and the Nashville Cats, an exhibition at the Country Music Hall of Fame and Museum, examines the role of session musicians during a fertile moment in the city's history.

Soon McCoy was a part of it. A couple of years later, his songwriter roommate was working on a new tune, and McCoy chimed in on harmonica. The improvised part fit the song so well that it wound up on a record by Ann-Margret.

"The best part of the story is I'm 20 years old, and I'm with the Nashville A-Team. It was like I died and went to heaven," McCoy says. "And then when the session was over, Bob Moore, the bass player, walked over to me and said, 'You free Friday?' Hey, I was free the rest of my life, you know?"

That Friday, he helped record Roy Orbison's "Candy Man," which became a pop hit. McCoy became the youngest member of that Nashville A-Team, the group that got the prime studio work. That same year, he joined a Nashville R&B band with a bunch of musicians his own age. One of the guitarists in the group was Mac Gayden, who says McCoy was the band's equivalent of a star NFL quarterback.

"He just came in and took over and kind of got us all going in one direction," Gayden says. "He was an organizer. He was able to do that intuitively, I think. It was just a God gift for him. He was able to see talent and things to do, think on his feet. He would've been an amazing politician."

But McCoy also had a tendency to play a few too many notes, as legendary guitarist Grady Martin pointed out to him after a session. McCoy says Grady took him out back and "set him straight."

"He said, 'If you can't hear and understand every word, you're playing too much.' And that was like a light went off, you know?" McCoy says.

He took the criticism to heart, and one of his proudest performances was a grand total of four plunging, melancholic notes on George Jones' "He Stopped Loving Her Today," thrown in as an afterthought by the producer.

"He forgot he'd hired me on the session," McCoy says, "and he stopped and looked at me and said, 'Get something on the second verse!' That was all he said. That was probably the least I've ever played that was the most."

McCoy's list of musicians he's collaborated with is long and impressive. Plenty of them are written down in McCoy's date book, currently on display at the Country Music Hall of Fame and Museum's exhibition, Dylan, Cash and the Nashville Cats: A New Music City.

By the late 1960s, McCoy was splitting his time between the Charlie Louvins and Johnny Cashes and the folk-rockers who had discovered that Nashville musicians made recording a breeze. Guitarist Wayne Moss, who recorded with Dylan too, says Joan Baez and Simon & Garfunkel were early adopters and spurred a wave of new arrivals. Moss says McCoy had a way of winning these musicians over. On top of that, McCoy could play virtually anything a song needed.

"He played tuba on 'Rainy Day Woman,' for instance. There's very little he can't play," Moss says. "He's not a good fiddle player, and he's not a good steel guitar player, but everything else he can play. Reeds, brass instruments, guitar, vibes. So he's really good at what he does, and he's not scared to try anything."

At the age of 74, Charlie McCoy still enjoys putting himself out there for hire, doing 50 or so sessions a year.

"The thing I always appreciated about recording here is that it was always OK, if you had an idea, to bring it up," he says. "It was OK also if they said no — obody got offended by that. Some of the greatest things that ever happened on records here happened on the spur of the moment."

And Charlie McCoy had a hand in a lot of them.