Accessibility links
MEOWZA: You'll Never Guess These 5 Jaw-Dropping Facts About Online Cat Videos Yes, our headline is clickbait — but it can't compete with the king: the cat video. In a new exhibition, Museum of the Moving Image explores the, yes, fascinating history of feline online domination. 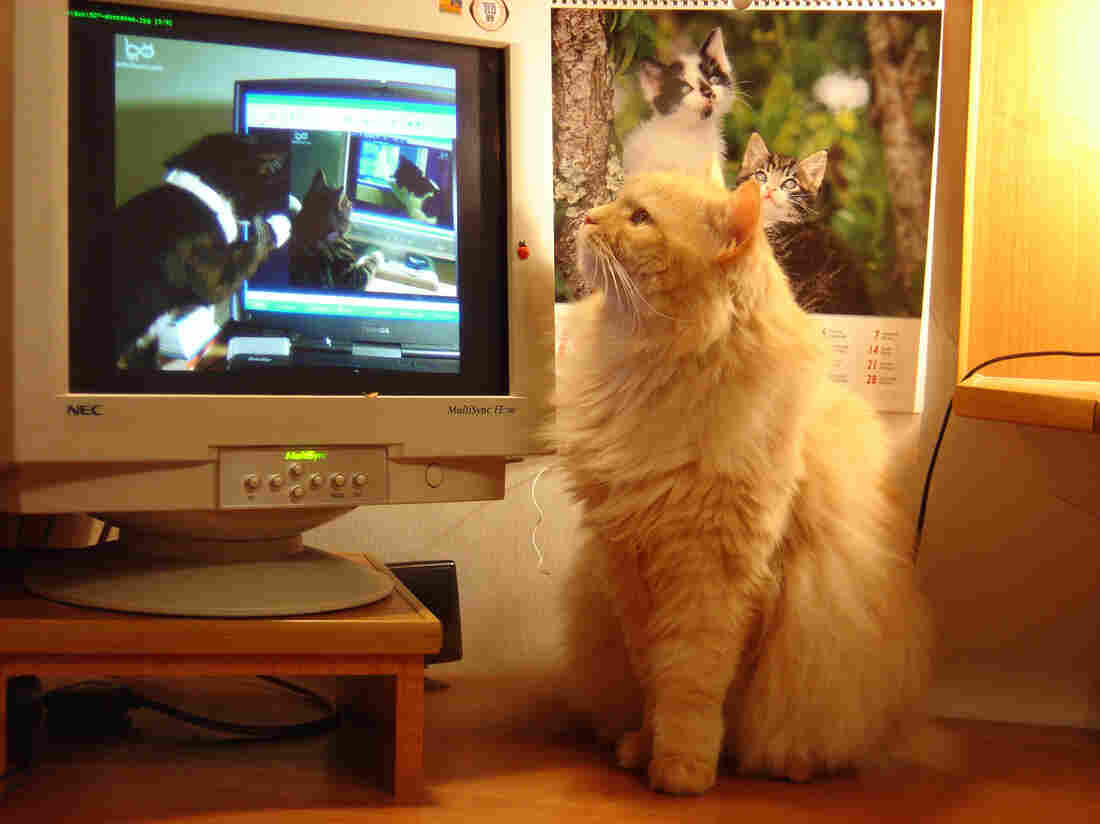 The exhibition, "How Cats Took Over the Internet," will be running at Museum of the Moving Image through January 2016. Courtesy of The Infinite Cat Project hide caption 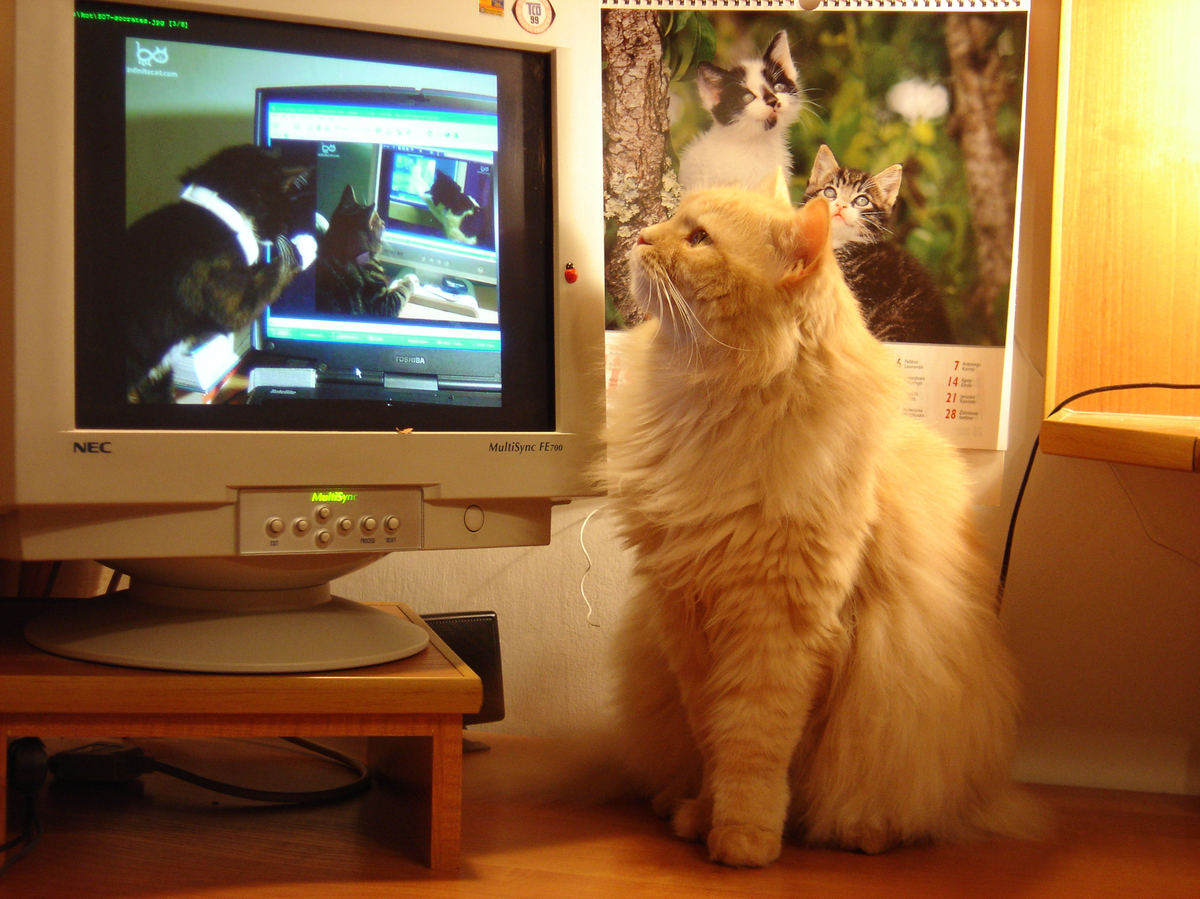 The exhibition, "How Cats Took Over the Internet," will be running at Museum of the Moving Image through January 2016.

Courtesy of The Infinite Cat Project

Cat videos are so ubiquitous on the Internet that they've become shorthand for the most trivial kind of clickbait. But a new exhibition called How Cats Took Over the Internet, now at Museum of the Moving Image in New York City, suggests that these feline videos can be more than a waste of time.

With that in mind, here are five shocking things about Internet cat videos:

1. Cat videos are a great mirror for the rise of online media.

"The mirror that we place on this history of media on the Internet happens to be a very furry one," says Carl Goodman, executive director of the museum.

The exhibit traces the beginnings of user-generated cat video all the way back to the mid-1990s and the then-new technology of the webcam.

"What are the firsts kinds of things people did with this?" Goodman asks. "They trained it on a cat."

People went on to document cats sleeping. Cats playing. Cats playing the piano. Cats contemplating the futility of existence, in French. Like other kinds of online media, production values in cat videos have improved over the years. And the genre has its share of slickly marketed celebrities, including Lil Bub and Grumpy Cat. Videos of the celebrity cat Maru alone have been viewed more than 200 million times.

2. Cats do not actually dominate the Internet.

"By most measures, dogs beat out cats online," says Museum of the Moving Image curator Jason Eppink — though "not by much." Eppink says pets in general account for less than 1 percent of all traffic on YouTube.

3. Watching those cat videos may actually be good for you.

"After watching these videos, people tended to feel better," says Jessica Myrick, who teaches in the media school at Indiana University. She recently published a paper on cat videos and their effects. "They tended to feel more content, more energized. And they felt less anxiety, and other negative emotions were dampened. It definitely isn't a waste of time. It has psychological consequences."

More On Our Feline Overlords

Friday Feline Fun: A Ranking Of The Most Famous Internet Cats

Yes, Your Cat Can Get A Movie Deal

4. Many of the people investigating the Internet cat videos do not actually consider themselves cat people.

Jessica Myrick is allergic; Jason Eppink says he doesn't have a cat either. But Eppink says that's only made him more curious about why people find these videos so interesting. And he thinks that's largely because of ...

5. When we watch cat videos, we're really looking for moments that remind us of ourselves.

"A vast majority of a cat's life is not this," Eppink says. But videos of cats sleeping and eating rarely go viral. "What ends of up bubbling to the top are these specifics moments that I think we see ourselves in instead."

Eppink says it's that dichotomy that makes cats up fascinating.