Accessibility links
Before Obtaining Asylum, Refugees Must Show The Scars Behind The Stories Like many medical professionals, Dr. Katherine McKenzie examines the wounds of her patients — but she doesn't treat them. The forensic physician evaluates asylum-seekers' claims of torture. 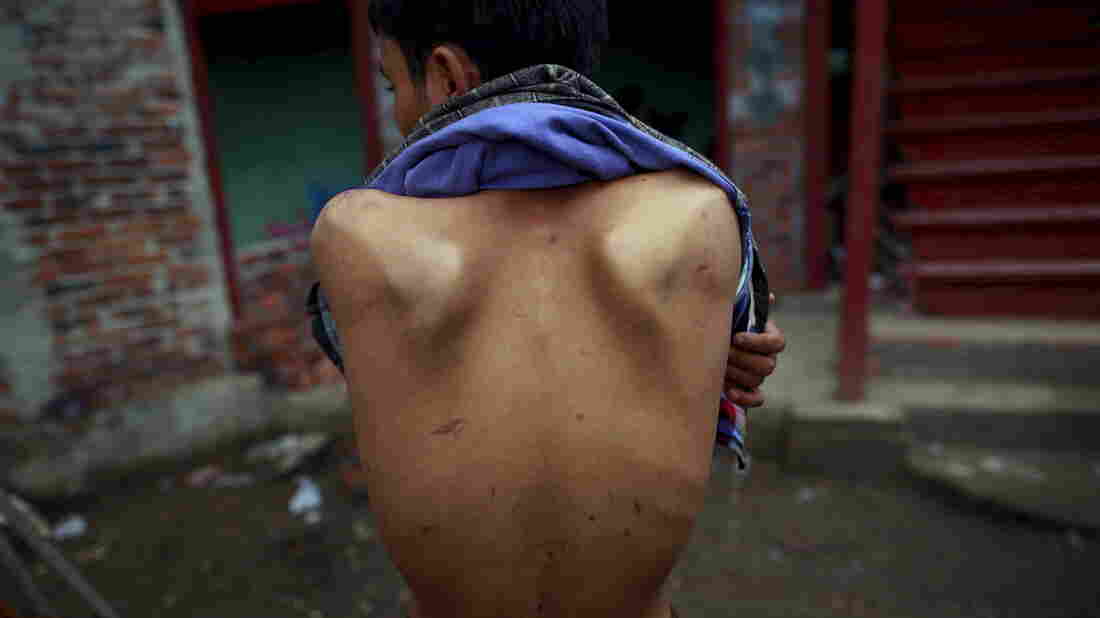 A 16-year-old refugee shows the scars he received while held on a human trafficking boat. Evidence of physical violence like this lends credence to the stories of those seeking asylum in the U.S. It's Dr. Katherine McKenzie's job to evaluate it. Soe Zeya Tun/Reuters/Landov hide caption 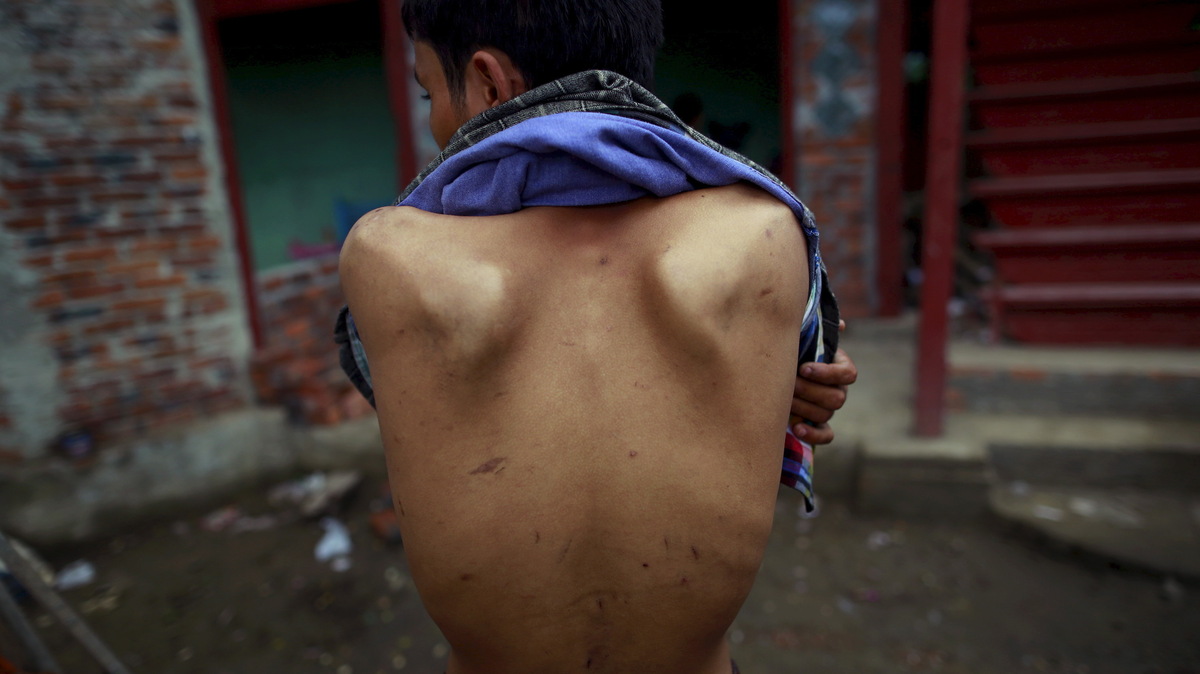 A 16-year-old refugee shows the scars he received while held on a human trafficking boat. Evidence of physical violence like this lends credence to the stories of those seeking asylum in the U.S. It's Dr. Katherine McKenzie's job to evaluate it.

Like most medical professionals, it's Dr. Katherine McKenzie's job to evaluate the wounds and scars of the patients who come to her. But unlike most, it's not her job to treat them.

For the past decade, she has worked to verify claims of physical torture by refugees seeking asylum in the U.S.

"In contrast to someone who is a refugee and comes to this country legally through the State Department, an asylum-seeker is someone often who is fleeing their country in a more dramatic way," she tells NPR's Rachel Martin. "They feel acutely in danger."

But, while they may come to the country legally, they cannot stay forever. That's when they go to a human rights group or an attorney looking for asylum — and, in turn, are sent to Dr. McKenzie, who heads up the Yale Center for Asylum Medicine.

"Those groups will approach us at the center, and they will say, 'This person has been persecuted, tortured, assaulted and she has scars. Dr. McKenzie, could you evaluate her and tell us whether you feel that the story she tells and the scars that she exhibits are consistent?' "

On the kinds of people she evaluates

When we think of asylum-seekers, we think of those seeking asylum for political persecution. But there's many other reasons. Most recently we have seen people who are persecuted, detained, assaulted because of their sexual orientation. And we also have been seeing people who come from Central and South America, in particular, who are persecuted because of domestic violence or gang violence.

What Do You Think Of When You Hear The Word 'Refugee'?

On one case in particular

There is one man ... who came from the Democratic Republic of the Congo, and he was a member of an opposition political group. And at one time he was arrested by government forces who took him to a detention center, and for several days they detained him in terribly inhumane circumstances in a cell with very little food, many people, unhygienic.

But periodically they took him out and questioned him about his political beliefs and his political involvement, threatening him, "If you continue to be part of the opposition group, we will kill you." They used a bayonet; they cut him in several places on his body with a bayonet. And that resulted in a scar, even several years after that happened to him. He also sustained some more nonspecific scars from blunt trauma. He was beaten by the people who interrogated him with batons and with fists.

So when I saw him, we talked about everything that had happened to him. And then as I examined him, I saw scars that clearly, in my medical opinion, were consistent with the injury that he described. And he was granted asylum — and because he was granted asylum, his family from the Democratic Republic of Congo was able to come and join him.

On whether she's ever been unable to corroborate a story

In the last decade in the Center we've seen about 55 clients, and I wouldn't say I've ever seen someone who I thought was absolutely lying. But I certainly have seen cases where the evidence is much weaker. Interestingly, we work with groups who send us clients who tend to be fairly well vetted — so we work with Yale Law School, University of Connecticut Law School, physicians for human rights, and they tend to send us clients who they think have stronger stories.

He Fled Sudan And Made A New Life In The U.S. So Why Go Back?

I consider it a privilege to be able to use this training as an internist to use my knowledge to be able to perform these exams. So I go into it thinking I maybe have something to offer.

But it is so important to be an objective medical observer. That is one reason why we do not provide care, because we really need to be objective. Therefore, I have that first and foremost in my mind. I am not this person's advocate, necessarily. So I might be glad in the abstract that I'm able to assist people in these very vulnerable situations, but when I'm in the room, I'm really doing my best to gather this objective evidence to prevent in court.