Accessibility links
The Kindness Of Strangers Connects A Poet To Her Own Grief Poet Elizabeth Alexander's new book is a memoir of her life with her husband, who died three years ago. During her book tour, readers began giving her keepsakes that help her work through her grief. 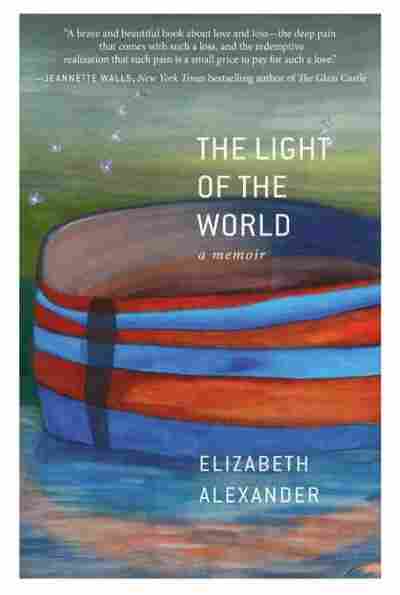 Title
The Light of the World
Author
Elizabeth Alexander

You may know the acclaimed poet Elizabeth Alexander from her reading at President Obama's 2009 swearing-in ceremony.

Alexander, who teaches at Yale, published a new book earlier this year — but it's not poetry. The Light of the World is a memoir of the 16 years she shared with her husband Ficre, until his sudden death a few years ago.

He died of cardiac arrest while running on a treadmill at home, just before his 50th birthday, leaving behind Alexander and their two sons. Since the book came out, Alexander says, she finds herself in the role of collector; people present her with objects as a way of responding to her loss — pictures, letters, stories and more.

She tells NPR's Michele Norris that nothing had prepared her for this. "I never imagined — in fact, I was quite certain I would never write a memoir. My own sense of privacy was too powerful," she says. "When I sat down to write, I didn't sit down to write this. I simply wrote as an extension of my hand, as an extension of my body, trying to stay absolutely grounded with my hand on a table, with my feet on the ground, planted on an Earth that had so suddenly seemed unstable."

On her husband's background 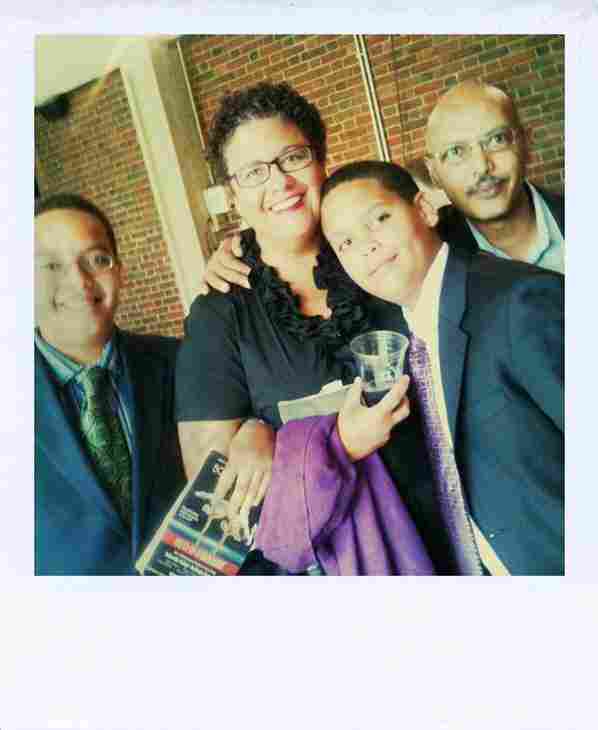 I was married to Ficre Ghebreyesus, who was a man who grew up in Asmara in Eritrea, at the time of the Ethio-Eritrean War, the war for independence. So that shadow — sometimes an eclipsing shadow — was always present in his life. And so, at the age of 16, his mother sent him out of the country. ... He ended up staying in New Haven, Conn. He, despite having seen, you know, bodies around him, classmates disappeared, walking through killing fields, soldiers breaking into his house, having lost a brother in the war, as every family lost children in the war, he had a tremendous capacity for joy — the greatest of anyone I've ever met, actually — and a will to self-expression.

Read an excerpt of The Light of the World

And eventually, he and his brothers started a restaurant that became legendary in New Haven — Caffe Adulis — where he was the chef, serving these Eritrean fantasia foods. And after he would leave the kitchen at night, he would go and paint, so by the time he and I got together in 1996, made a family, had two sons in quick succession, he turned from restaurants to a full-time life as a painter.

One thing that was just lovely — one of my favorite readings was sponsored by The California Endowment with a writing group called InsideOUT Writing. And these folks work with juveniles who are incarcerated. 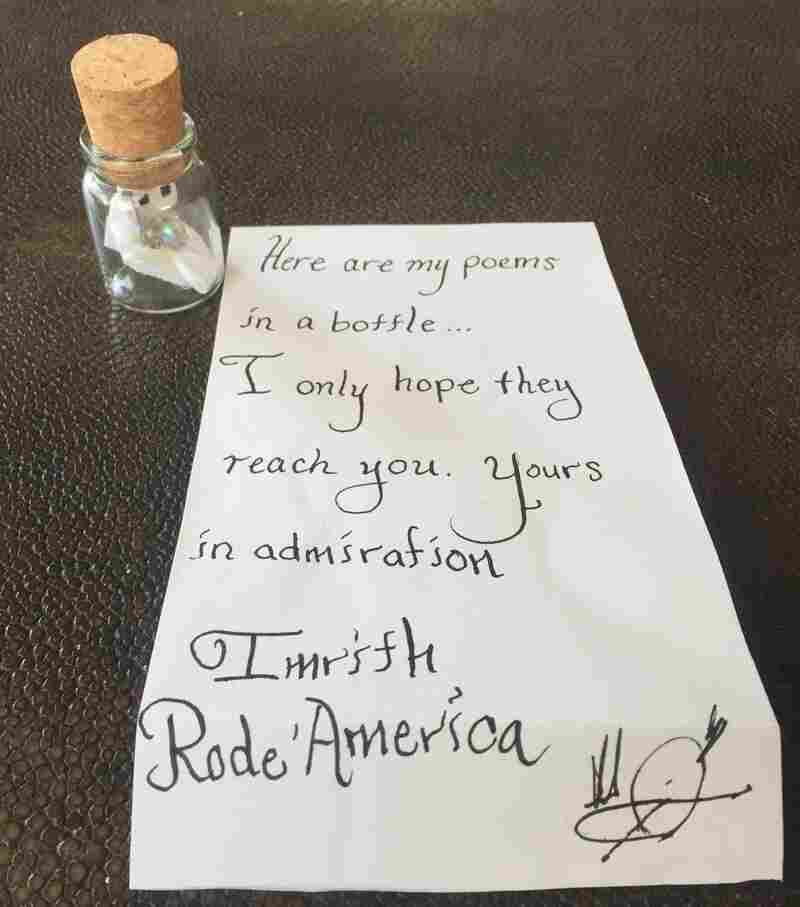 A tiny jar containing a thumb drive of poetry, given to Alexander by a young man at a reading. Elizabeth Alexander hide caption 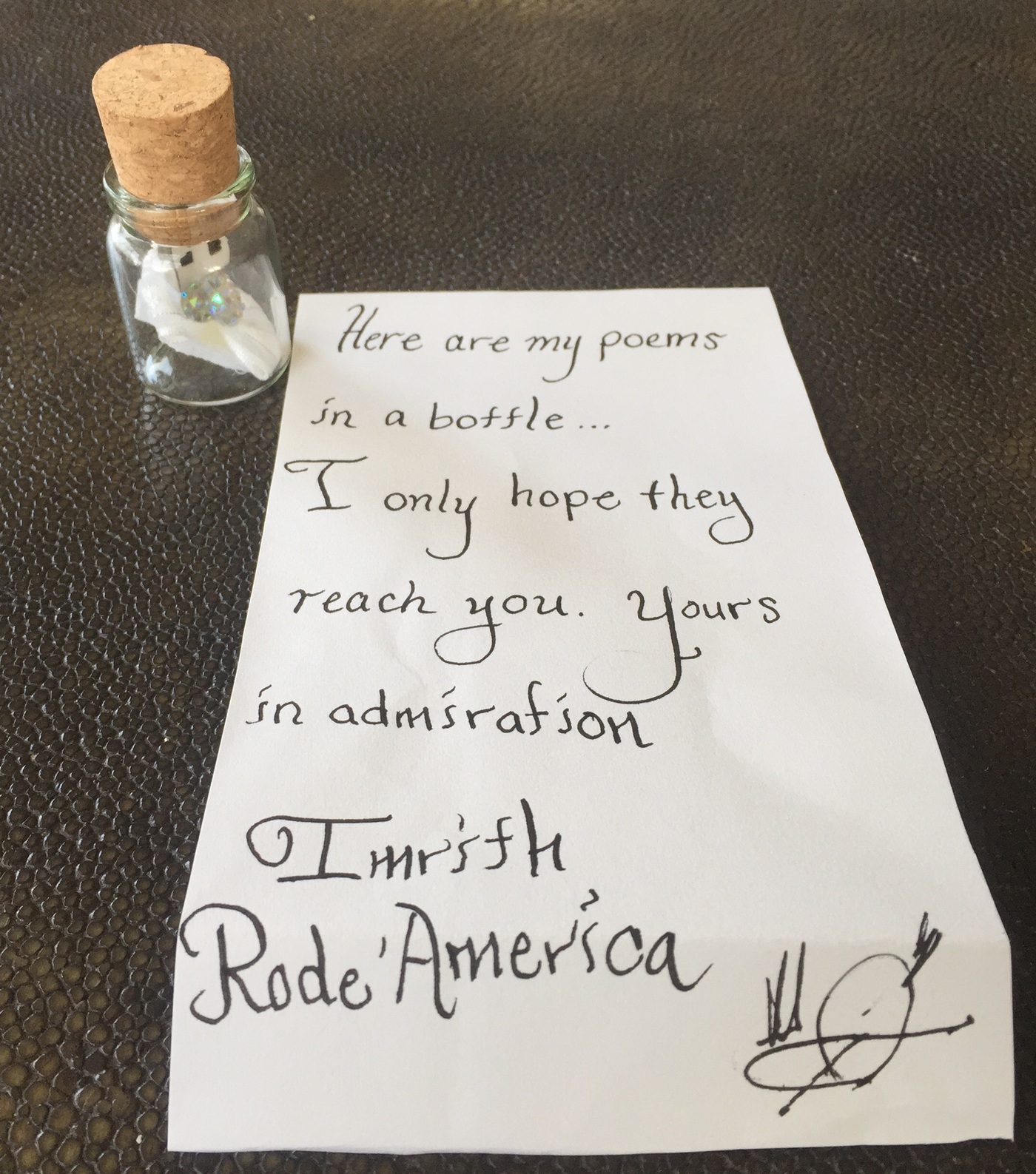 A tiny jar containing a thumb drive of poetry, given to Alexander by a young man at a reading.

And so I worked beforehand with some of those young people, and then they shared the stage with me. The theme was healing through writing. And so afterwards, a young man came up to me with a beautiful origami paper card. And inside, he said, "I have a message in a bottle. I hope my poems reach you." And inside, a bag filled with paper and confetti and tinsel, I reached inside and found a little teeny, tiny glass bottle that I'm holding right now. And it has a cork, and inside is a sparkly ribbon and a crystal heart. And then when you open up the cork, it's a drive that goes into the computer and shazam — up comes this gorgeous poetry manuscript that is definitely written through fire, written from the soul, written from the heart.

I carry it with me now because it's a beautiful, tiny object. I think it has talismanic powers and because this is someone's — this is a self in small form. This book that I wrote is myself and my family self and all I could put of Ficre, all I could encapsulate in this small book, and someone chose to do that for me.

On learning more about her husband's background 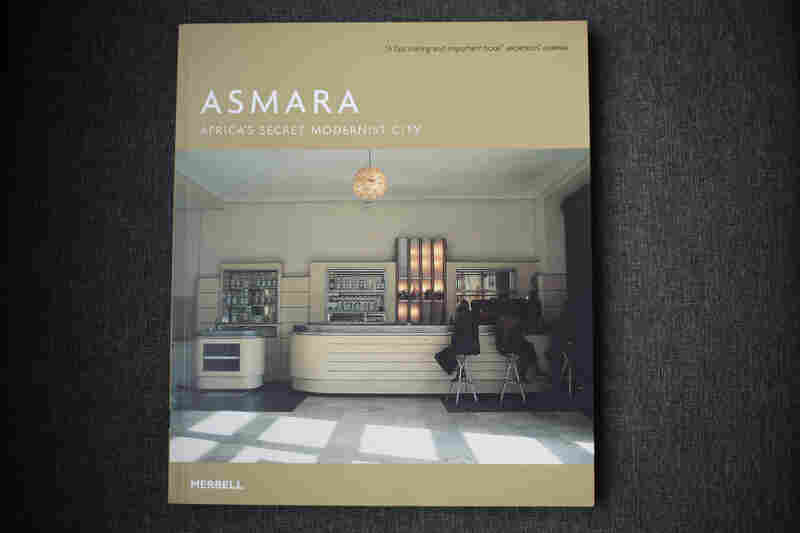 An Eritrean architect gave Alexander a copy of this book about her husband's hometown. Emily Bogle/NPR hide caption 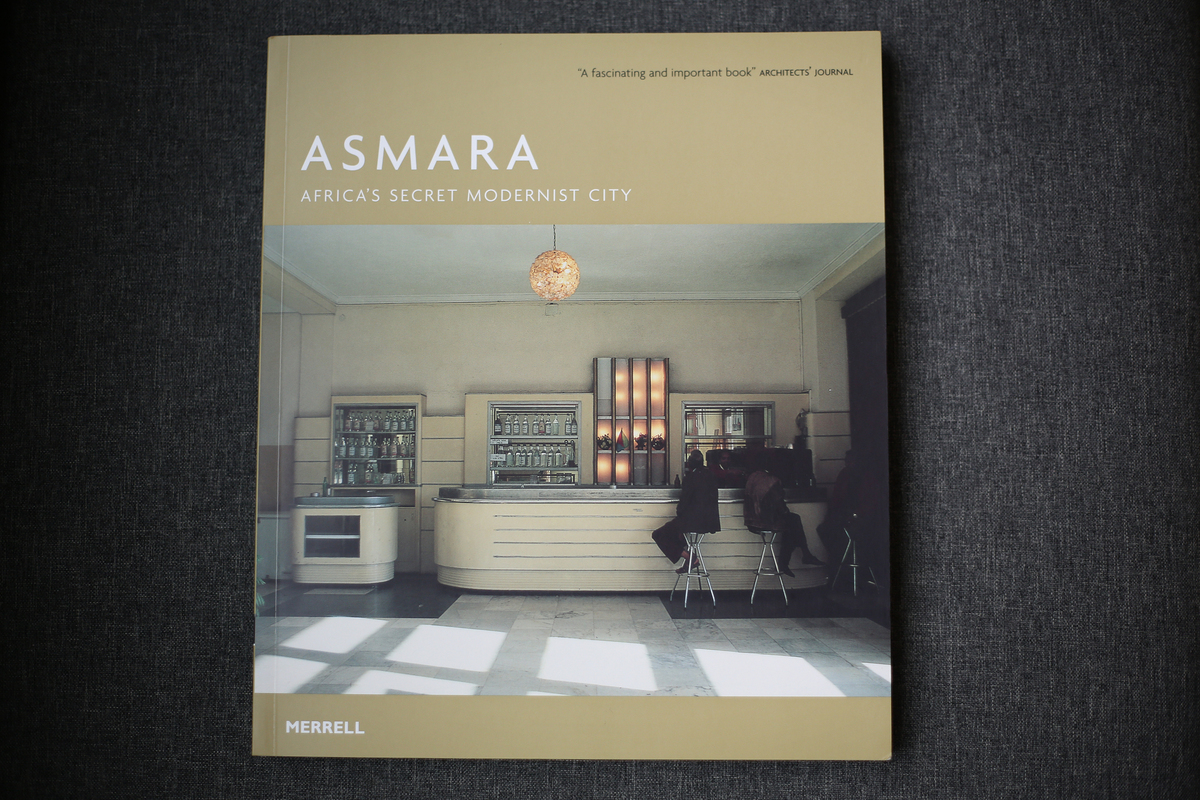 An Eritrean architect gave Alexander a copy of this book about her husband's hometown.

One gentleman, an Eritrean architect, brought me a gorgeous, gorgeous book that I'm looking at now, Asmara: Africa's Secret Modernist City. And it's a book with a history of the architecture with beautiful photographs of Asmara, the city that Ficre grew up in, and he signed this. He brought it for my sons — this book has pictures of the whole world that their father grew up in that they, because of war and conflict, have not been able to see. I'm looking at the cover, which has a picture of an ice cream shop and bar right next to the theater where he learned to love cinema when he was growing up. And so, here on the cover of this book for my children to see, is one of their dad's magic places.

On discovering a lost painting by her husband

I feel like this is taking me somewhere, and I don't know quite where it is ... but I know this is just the beginning of a very, very long road.

So a friend of mine from college put together that his friend knew me after hearing me on the radio talking about the book. And he said, "I was friends with Ficre before I ever came on the scene" — 20 years ago, perhaps. And he said, "We were very, very close friends, and I went to Caffe Adulis. And one day, he painted for me a painting of his village, and then we lost track of each other. And then I lost track of the painting." He had just found the painting some 20 years later, and he said, "I was getting ready to look for Ficre to give it to him because it's his childhood village." And he said, "and then I turned on the radio, and as I listened to this woman talking, I realized she was talking about the same Ficre. And so I want to give the painting to her."

On whether the sharing can become too much to bear

It is a lot. But on the other hand, I have a sturdiness about me, and I am curious and interested in the human beings and the human stories. I feel like this is taking me somewhere, and I don't know quite where it is. I don't know quite what it is, but I know this is just the beginning of a very, very long road. I'm actually quite certain of that.