Accessibility links
Confronting Mortality In An Unsettling, Inspiring 'Tour Of Bones' Before her death in 2014, author Denise Inge took a spiritual journey to bone houses throughout Europe. Critic Maureen Corrigan says the resulting book, The Tour of Bones, is "strange and chaotic." 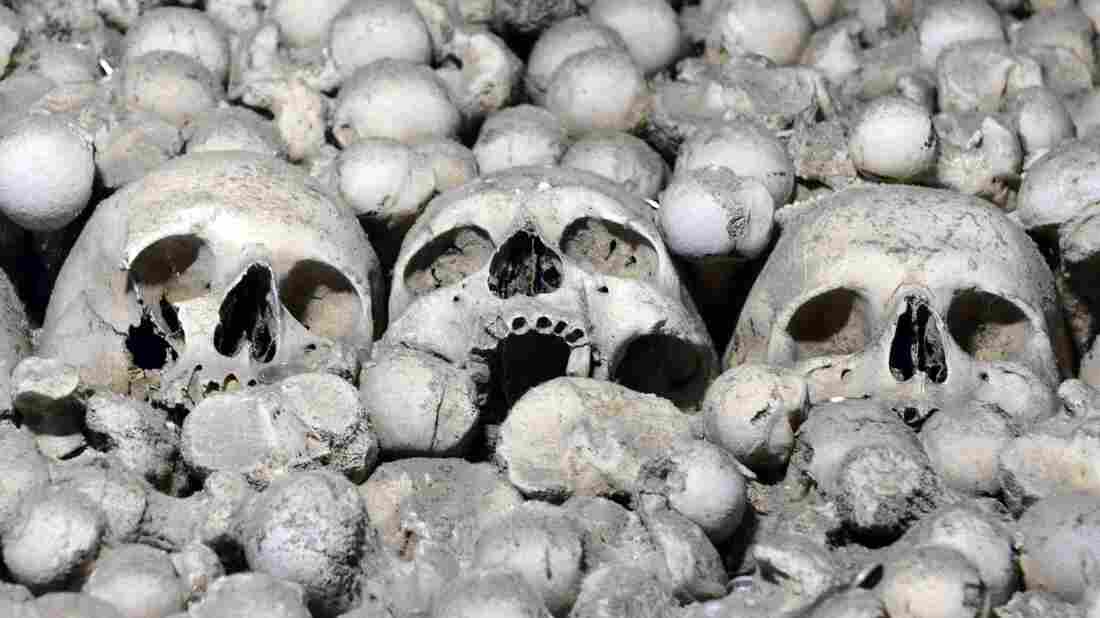 Skulls and bones are seen in the ossuary chapel in the Czech Republic town of Sedlec, one of the sites Denise Inge describes in her book, The Tour of Bones. Michal Cizek/AFP/Getty Images hide caption 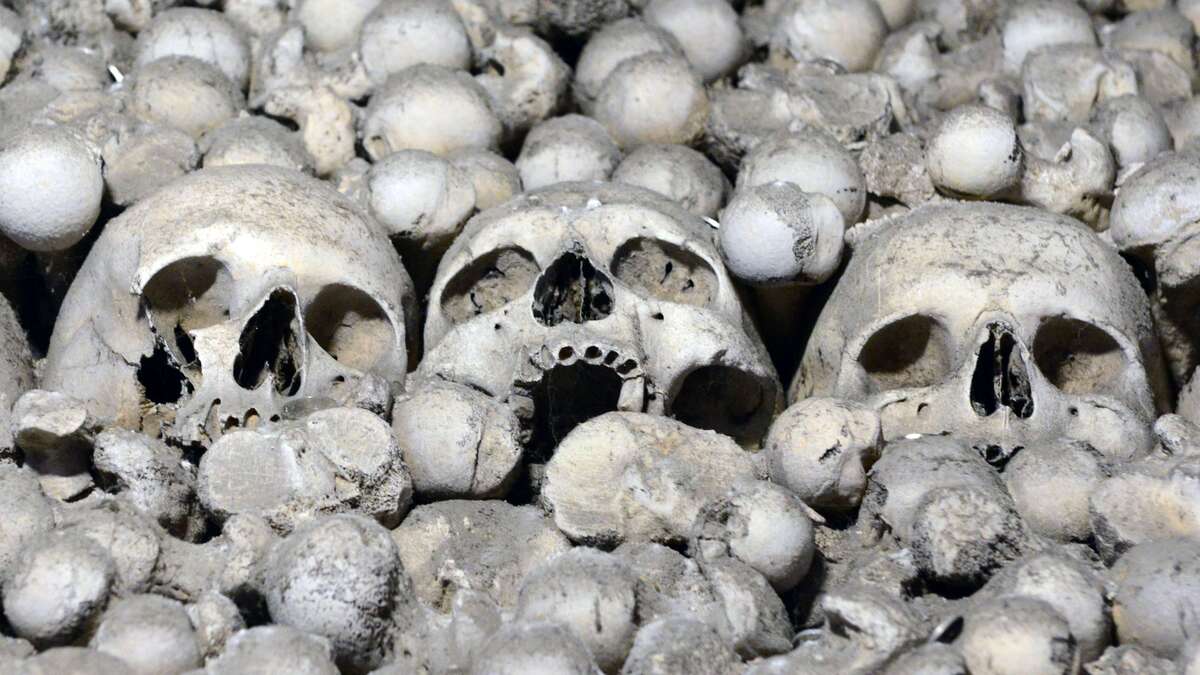 Skulls and bones are seen in the ossuary chapel in the Czech Republic town of Sedlec, one of the sites Denise Inge describes in her book, The Tour of Bones.

Lots of us are afraid to confront the things lurking in our basements. In mine, it's the spider crickets; in Denise Inge's, it was the bones, piles of human bones that reached almost to the ceiling of the stone cellar beneath her house.

When Inge's husband, John, was appointed the bishop of Worcester Cathedral in 2008, she knew the house they'd be moving into with their two young daughters was built over an ossuary, or "charnel house." The bones of Benedictine monks were collected there in medieval times, and it was the job of the charnel house priest to pray for the souls of his fellow monks whose bones he lived above.

As Inge quips in her profound and peculiar book, A Tour of Bones:

"[The charnel] house and its small chapel were a kind of left luggage room on a spiritual railway bearing always an expectation of return or reunion. At the resurrection of the dead [it was believed] these bones would live again. ... "

It took Inge a while to work up the courage to descend into that cellar --through a trapdoor, no less, and outfitted only with a candle because, of course, all the flashlight batteries in her house had burned out. 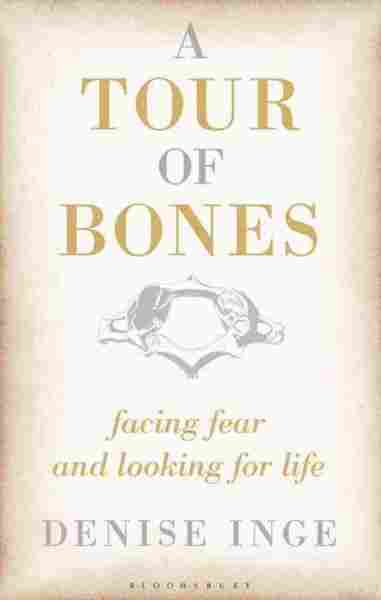 A Tour of Bones

Facing Fear and Looking for Life

Gazing for the first time on all those skulls and femurs brought Inge face to face with the brevity of life and propelled her on a journey, both literal and spiritual, in which she visited bone houses throughout Europe. She says she wanted to "stay with the uncomfortable sight of bare bones until I fear neither them nor the message of mortality that they utter." Like Thoreau, Inge also wanted to learn to live life more deliberately and, as she tells us, to look "at myself without the flesh on."

As a book, A Tour of Bones is as strange and chaotic, unsettling and inspiring, as are any of the bone houses that Inge visited on her journey. There's "The Skull Chapel" in Czermna, a hamlet on the Czech-Polish border, where the ossuary contains some 24,000 bones dating back to the Thirty Years' War and where the remains of sworn enemies lie jumbled together.

In Sedlec, in the Czech Republic, the bones of some 40,000 people have been glued into giant chandeliers and chalices, "ropes of skulls ... hung as if they were festive garlands, cranial curves ... like fists of roses or clumps of chrysanthemums, a bizarre harvest from some garden of the dead." Touring this display, which she doesn't know whether to regard as human remains or art, Inge keeps asking herself the question "What is this?" which triggers the deeper question, "What am I?"

In Hallstatt, Austria, Inge is comforted by the ongoing custom of painting names and flowers on the skulls in the local bone house, which restores individuality to the remains. But it's while she's staring at the skulls there that she has the disturbing experience of glimpsing herself in a piece of metal: "Between the real me and this fuzzy me" [she says] "stand ranks of skulls. ... They look at me and I look at them and neither of us says a thing. We can't --they are beyond language and I am without it. But I can see myself in the ... metal mirror looking at my future and my present all at once. ... I glimpse what I look like now and what I will be reduced to one day."

After she wrote most of this book, Inge was diagnosed with inoperable cancer; she died in 2014 at the age of 51. Appreciating the grim irony of her diagnosis, Inge says, "I started this book scared of the skeletons in my cellar. Before I had finished it I looked scarcely more like a skeleton myself, emaciated by cancer and chemotherapy."

To state the obvious, A Tour of Bones is not a beach book, but neither is it a free fall into despair. In her final chapter, Inge tells us that she's glad she began this pilgrimage before the cancer came, because the questions it raised about mortality and how to live more fully "cannot be rushed ... [and] must not be avoided." It's somewhat trite but nevertheless true to say that her vibrant voice, her presence on these pages is in itself a kind of life beyond death.