Accessibility links
Review: The Foreign Exchange, 'Tales From The Land Of Milk And Honey' The duo delivers an R&B album that is as fun as it is grown-up. 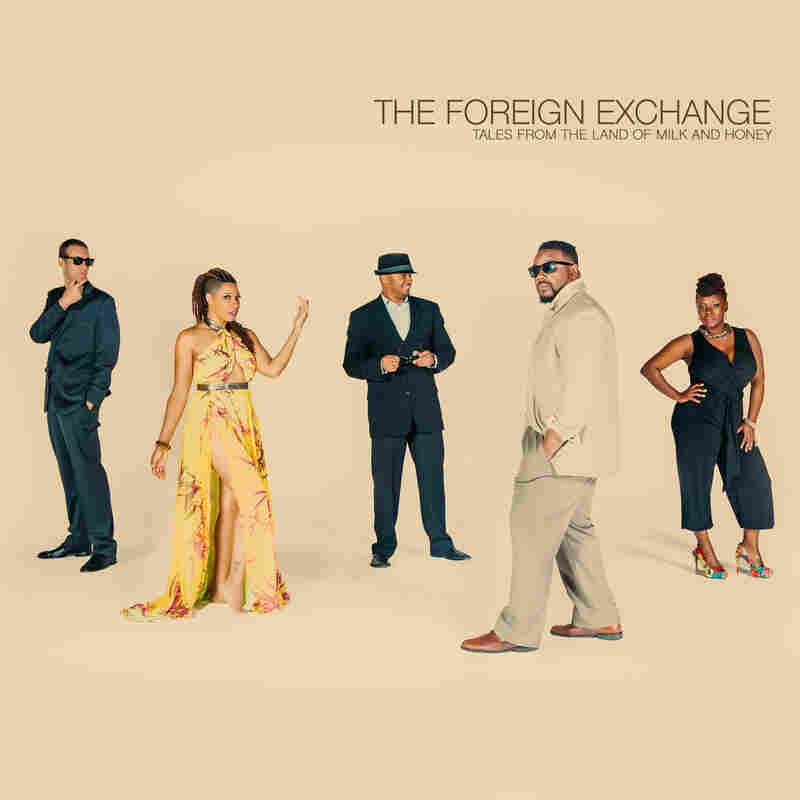 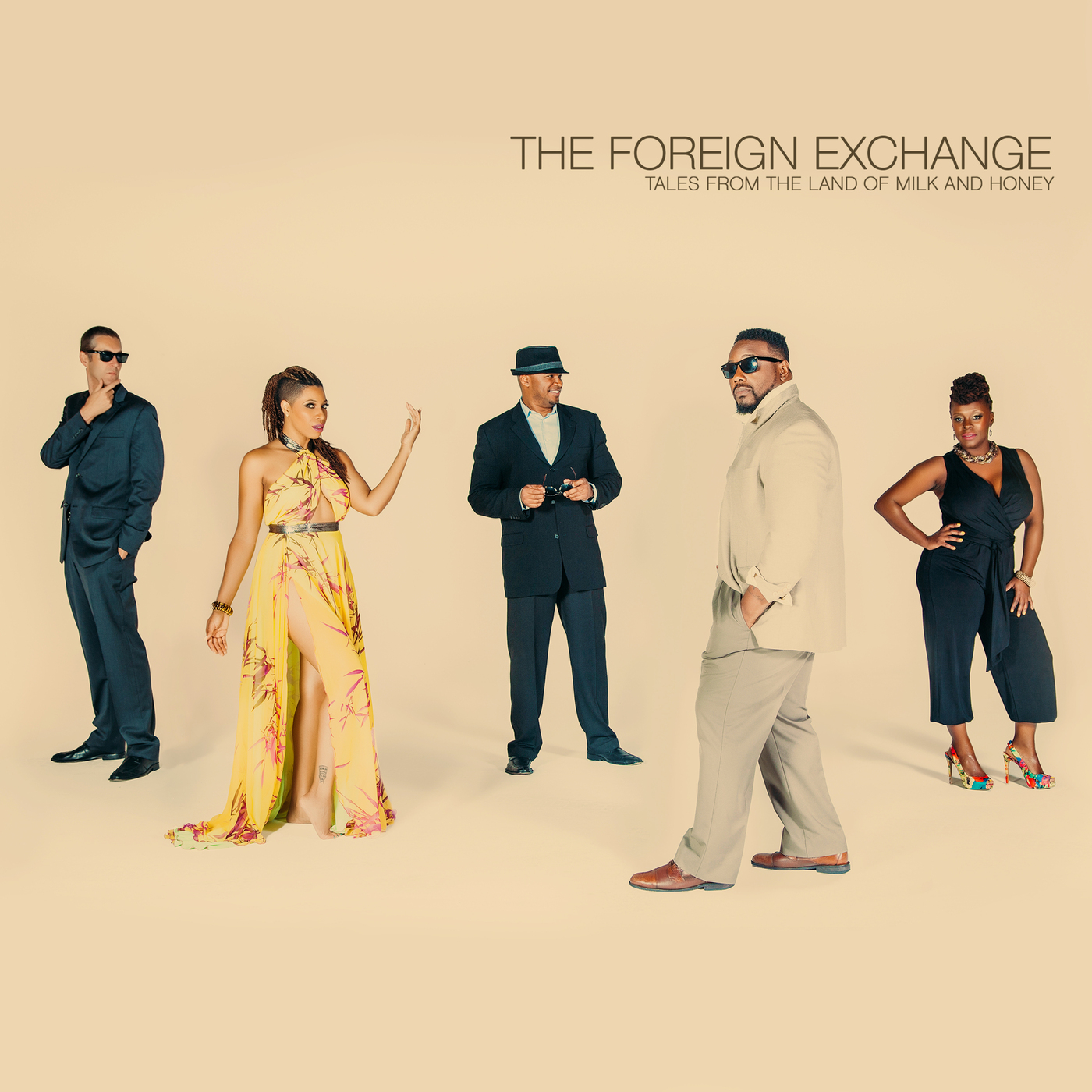 A good songwriter knows that you can say more with less, and rapper-turned-singer Phonte Coleman understands a thing or two about the economy of words. A top-notch MC, he shined in the now-disbanded hip-hop trio Little Brother, full of witty lyrics and in-pocket flows; while giving fans a taste of his singing ability on comical skits and choruses. Since 2004, he's also been moonlighting with Dutch multi-instrumentalist and producer Nicolay (Matthijs Rook) as The Foreign Exchange, a setting in which he has steadily developed as a vocalist. Now, more than a decade since the release of the duo's debut, Connected, the Foreign Exchange that began life as a hip-hop/R&B hybrid has gone full R&B — giving Phonte the ability to express the highs and lows of love, the joy of a good time, and the complexity of adulthood in ways he may not have been able to with rhymes. It's not just Phonte who's evolved: what was once a duo is now a five-person group, including vocalists Carmen Rodgers and Tamisha Waden, as well as additional producer and multi-instrumentalist Zo! (Lorenzo Ferguson). The result of these developments is Tales From The Land of Milk and Honey.

Tales is an R&B album for grown-ups. That is to say, there is no faux-Aaliyah whisper-singing, no trap percussion or EDM synths, and definitely no songs dedicated to strippers. Instead, there are moments of tender love, celebratory tunes, and sultry duets on a record that effortlessly toggles between past and present, referencing the danceable R&B of the '80, and the neo-soul of the '90s and 2000s, yet comes off as fresh as any of today's contemporary soul music.

Up-tempo tracks like "Work It To The Top" and "As Fast As You Can" could work in a mix with the likes of the Pointer Sisters, Yarborough & Peoples or Cameo, reminding listeners that two-stepping is just as cool as getting "turnt up" in a party setting. But why even go to the party when you've got good lovin' at home? "Body" is a clever anti-bottle-service song appropriate for the approaching cuffing season with lyrics like: "I don't want to go out to no club tonight, I just want your body." Foreign Exchange even swerves into the soulful house music lane with "Asking For A Friend," which serves as both homage and well-executed parody, featuring Phonte speaking in a British gentleman's accent and extolling the virtues of work over play, on a footwork-inspiring hard-house beat.

For all the jubilation, one of the album's stand-outs is the melancholy "Face In The Reflection," a moment of maturity and introspection. "Do you ever wonder why/ you can never unify/ the person that you are/ with every person that you think you should be," Phonte sings like a man coming to grips with his own imperfections, accepting himself. On an album full of bright synth flourishes, polyrhythmic percussion and stirring harmonies the very simple yet heartfelt "Face In The Reflection" holds its own. You really can say a lot without saying too much.