Accessibility links
Review: 'Mistress America' The latest film from Noah Baumbach and Greta Gerwig is a jumbled tale of a college student and her future stepsister. 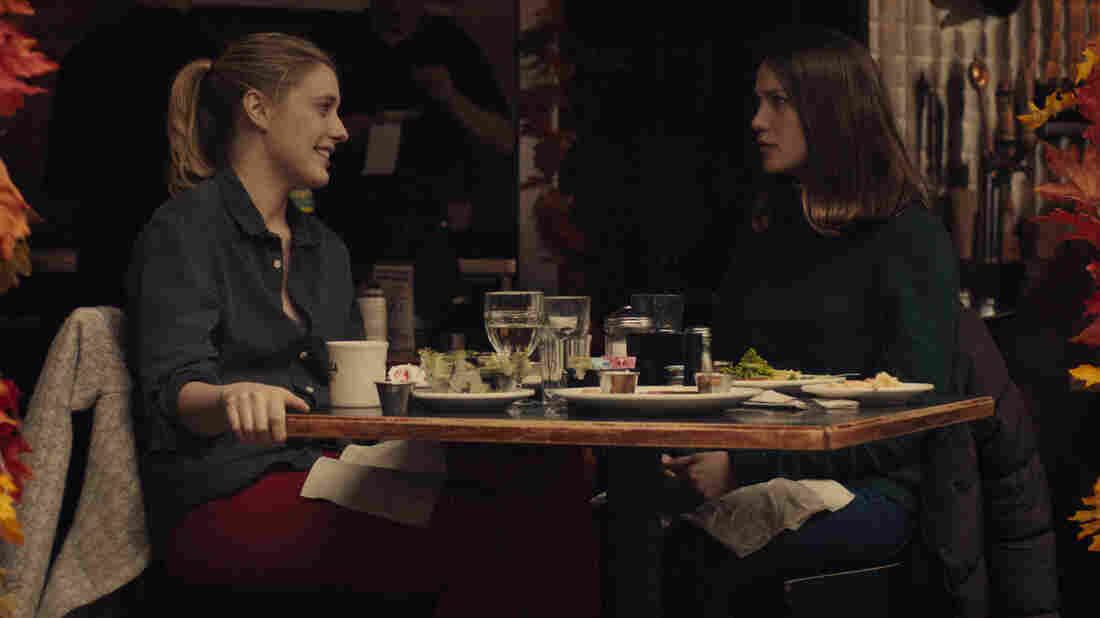 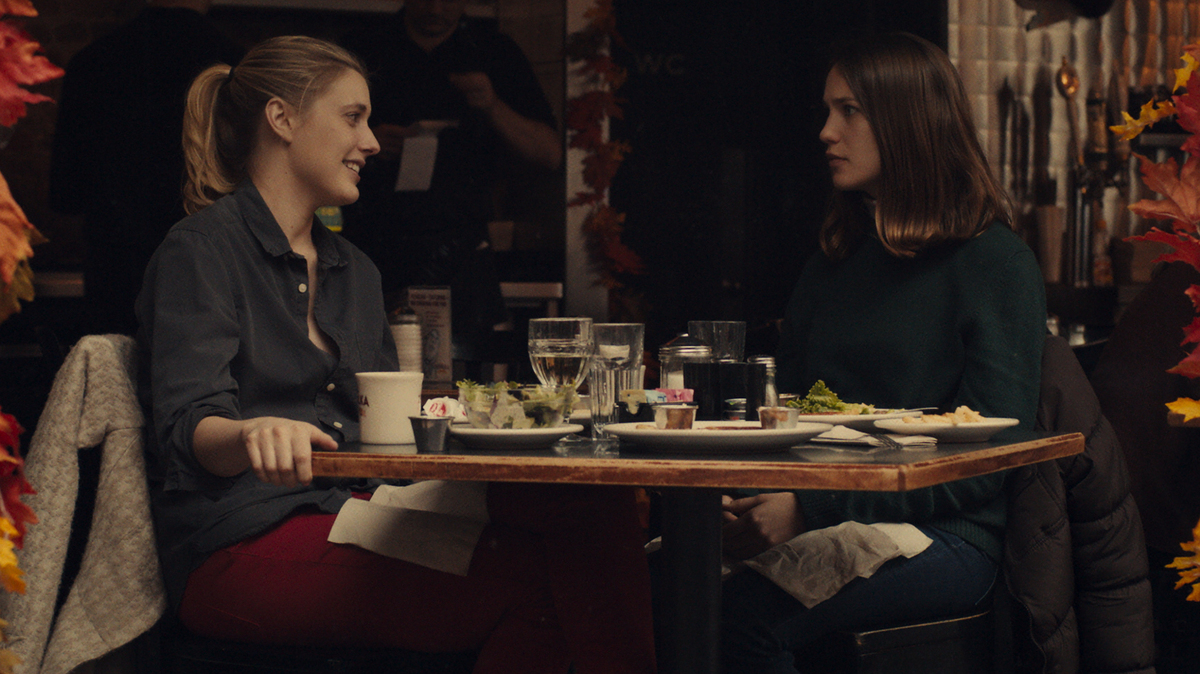 Brooke is a New York spin-class instructor who plans to open a restaurant that will also be a hair salon and a community center, and furthermore has an idea for a TV show called Mistress America. This sort of aspirational multi-tasking is also characteristic of the movie that shares the name of the imaginary TV program: It's a contemporary Gen-Y satire, a throwback screwball comedy, and a notebook of random jottings by writer-director Noah Baumbach and writer-star Greta Gerwig, all stuffed into 84 minutes.

Gerwig, of course, plays Brooke, who is in some ways similar to the character she and Baumbach created for their previous collaboration, Frances Ha. But Brooke is not this film's central character. It's Tracy (Lola Kirke), a Barnard freshman who's quickly adopted and then abandoned by Brooke.

The college student also has goals. She wants to be a writer, but her first submission to the college literary society is ignored. In Brooke, Tracy sees the material for a fictional breakthrough. So she begins a short story, also titled Mistress America. This text is written overnight, and becomes an issue between the two sisters-to-be almost immediately. None of the movie's developments is given a moment to breathe.

That quickness is a hindrance to Mistress America, in which relationships develop and decay at a pace that rivals Gerwig's speedy delivery of the overly theatrical lines. The movie's stilted centerpiece is a '30s-Hollywood-style roundelay at a Connecticut mansion where Brooke has traveled to make a desperate financial pitch for her zeitgeist-defining eatery. She's accompanied by Tracy and two of her classmates, and ultimately the crowd grows to eight chattering actors—including a cameo by soundtrack co-composer Dean Wareham, who also had a small part in Baumbach's While We're Young earlier this year.

Baumbach and Gerwig don't go all Preston Sturges all the time, however. The movie also features passages of mumblecore-non-sequitur dialogue, a synth-rock score (by Wareham and Britta Phillips) that could be flirting with a copyright-infringement lawsuit from New Order and a poster for Claude Chabrol's Les Biches, recalling Frances Ha's French new wave homages.

The script does smartly throw Tracy and Brooke together. The former's mother and the latter's father are about to marry and make the young women stepsisters. Brooke is perhaps a decade older, affording her the big-sisterly authority to dispense advice. Given her overbearing personality, though, Brooke would take surely the same role even if she had just a few weeks on Tracy.

Some tiny episodes are telling. Brooke instructs Tracy to buy some pasta, and it turns out that the 18-year-old naif is lost in the supermarket. But other asides, such as a Faulkner-discussing book group whose members are all pregnant, are haphazard or pointless.

Baumbach and Gerwig actually rely on a psychic to keep the story moving, and—in an absurdly timely touch—make Brooke's dreams subject to Greece's economic crisis. There's even a reference to female genital mutilation. In both details and tone, Mistress America is a jumble.

In her small role in the recent Eden, Gerwig was distractingly actorly in an otherwise naturalistic movie. While that seemed possibly the result of having an English-language part in a film that was mostly in French, she's just as artificial here. Perhaps that quality should guide her and Baumbach's next undertaking. They could forgo their taste for mocking today's mores and commit to a screwball-comedy era period piece, Gerwig might seem more natural than she does in Mistress America.