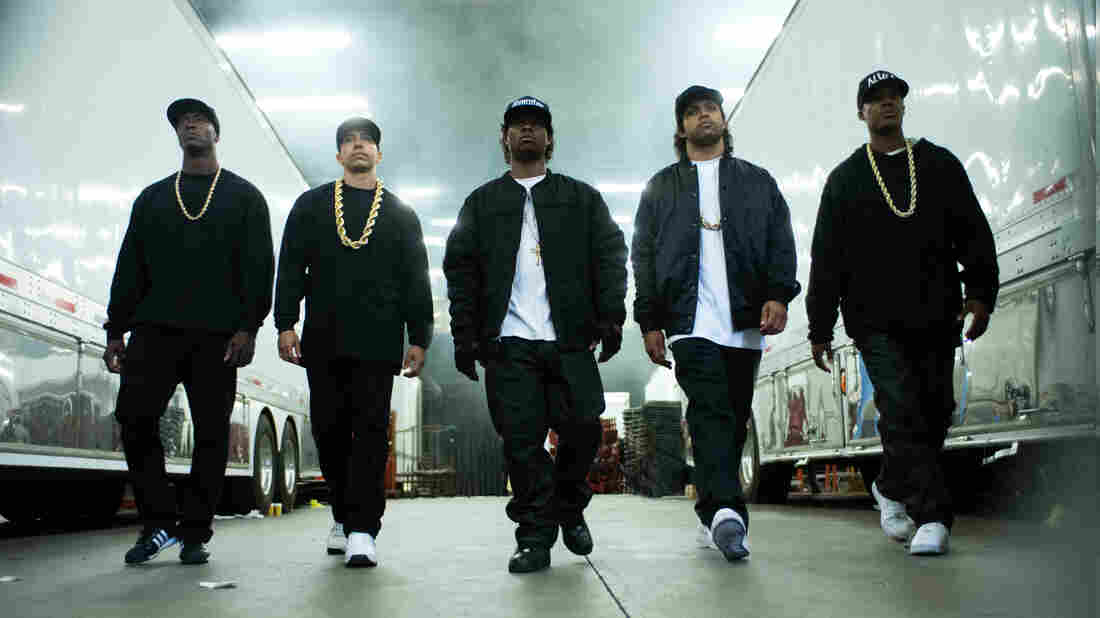 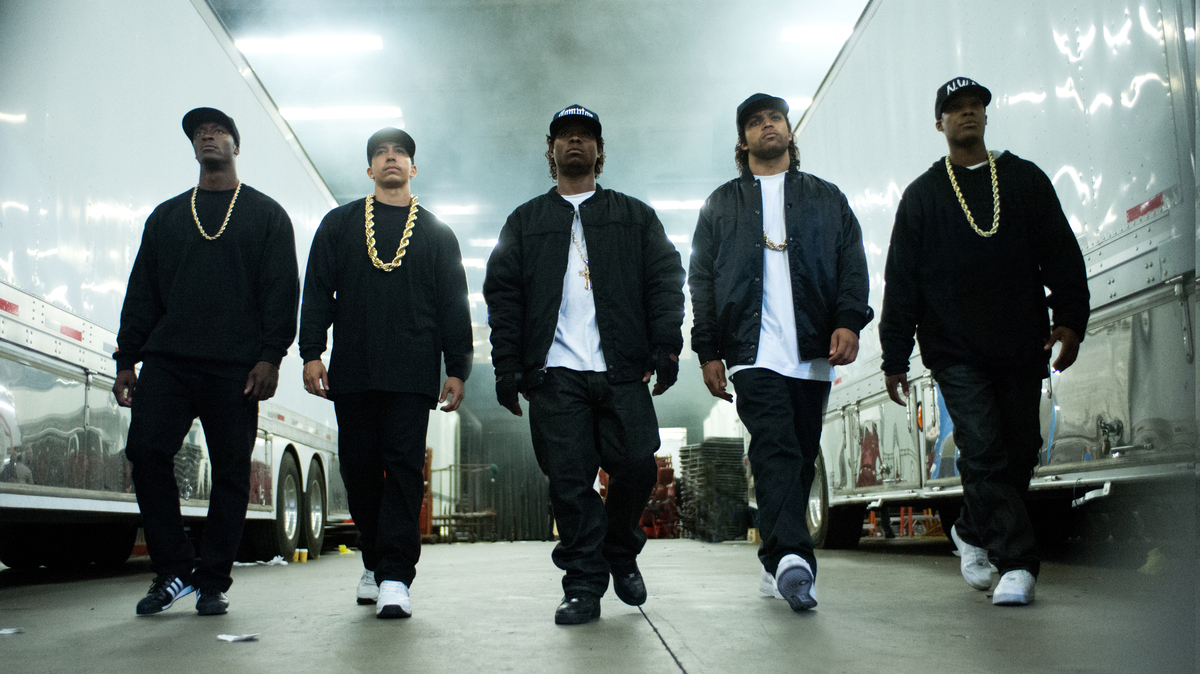 That's the promise Jerry Heller, a veteran rock manager, makes to Eric "Eazy-E" Wright in an early scene in Straight Outta Compton, a mostly exhilarating biopic about L.A. hip-hop legends N.W.A. The phrase missing from the end of that first sentence is "...with the white people who hold all the power in the music industry." It doesn't need to be said. Even with talents as electric as Andre Young and O'Shea Jackson—future icons we'd come to know as Dr. Dre and Ice Cube, respectively—N.W.A. cannot cross over to the mainstream without getting past white gatekeepers. And if that means signing on with a backroom operator like Heller, the trade-off seems reasonable to five young men looking for a way out of the ghetto. They can renegotiate later.

Named after N.W.A.'s breakthrough album, the sprawling Straight Outta Compton is about many things: A watershed moment in music history, past and present racial tensions connecting Rodney King's L.A. to Michael Brown's Ferguson, the power of "reality rap" to tell uncomfortable truths and incite controversy. But above all, the film celebrates the All-American values of hard work and entrepreneurship. It pays tribute to black artists who made themselves legit, years after millions of album sales and sold-out arena shows failed to bring them real control of their careers. How do we know they're legit now? Dr. Dre and Ice Cube produced this major-studio movie as a monument to their achievements.

There's no getting around the self-mythologizing aspect of a biopic produced by its subjects and the way it papers over less heroic facts about these men, like Dre's assault on journalist Dee Barnes. It would not be that cynical to call Straight Outta Compton an act of brand extension or a gauche attempt by hip-hop royalty to shape their cultural legacy.

Director F. Gary Gray, whose ties to Ice Cube go back to their 1995 comedy hit Friday, starts with Eazy (Jason Mitchell) running drugs in Compton before taking his experience and business acumen into a more legitimate field. Looking for money to realize their musical ambitions, Dre (Corey Hawkins), a virtuosic club DJ, and Ice Cube (O'Shea Jackson, Jr., Cube's real-life son), a ferocious lyricist and rapper, turn to Eazy for funding and get more than they bargained for. Along with two other members, MC Ren (Aldis Hodge) and DJ Yella (Neil Brown, Jr.), they find some success in launching the Ruthless Records label, but it isn't until Eazy strikes a deal with Heller that N.W.A. can get the distribution and promotion necessary to propel them to crossover superstardom.

The recording of the Straight Outta Compton album and the cross-country bacchanal that followed is by far the strongest section of the film. Gray and his exuberant young cast seize on the joys of creative collaboration and the purity of art as an end in itself, before larger cultural forces take hold and yank them in unwelcome directions. The tour crackles with thrilling volatility, with the highs of live shows and hotel-room orgies checked by the lows of media scolds and First Amendment conflicts over the rage-filled anthem "F*** The Police." Even when they're tossed into a paddy wagon in Detroit for allegedly instigating a riot, they're able to see it all as a grand cross-country adventure.

Once the group splinters off into rival factions, due mainly to Eazy and Heller's partnership freezing the others out, Straight Outta Compton sags a little from a formlessness which plagues most artist biopics. In two-and-a-half hours, the film dutifully ticks off the musicians' greatest moments: The founding of Death Row Records with the pathological Suge Knight (played by cigar-chomping fury by R. Marcos Taylor), the solo successes of Cube's AmeriKKKa's Most Wanted and Dre's The Chronic, the "eureka" moment of Dre and Snoop Dogg stumbling on the keyboard riff for "Nuthin' But a 'G' Thang." As in life, getting back to N.W.A. proves difficult for the movie to do.

But if any film should be forgiven its excesses, it's Straight Outta Compton, which is about the clashes and camaraderie among men whose unruliness sparked a cultural moment that was beyond their ability—and their willingness—to contain. Their story is too big for a single movie, but Gray's high-gloss abridgment latches on powerfully to their hard-won independence and self-actualization, suggesting that true freedom is more difficult to achieve than success. For the members of N.W.A., escaping the slums is easier than getting out of a contract.