Accessibility links
Inmate With Stock Tips Wants To Be San Quentin's Warren Buffett Curtis Carroll taught himself to read in prison. He also discovered a passion for finance. Now inmates and guards seek out his advice, and everyone calls him Wall Street. 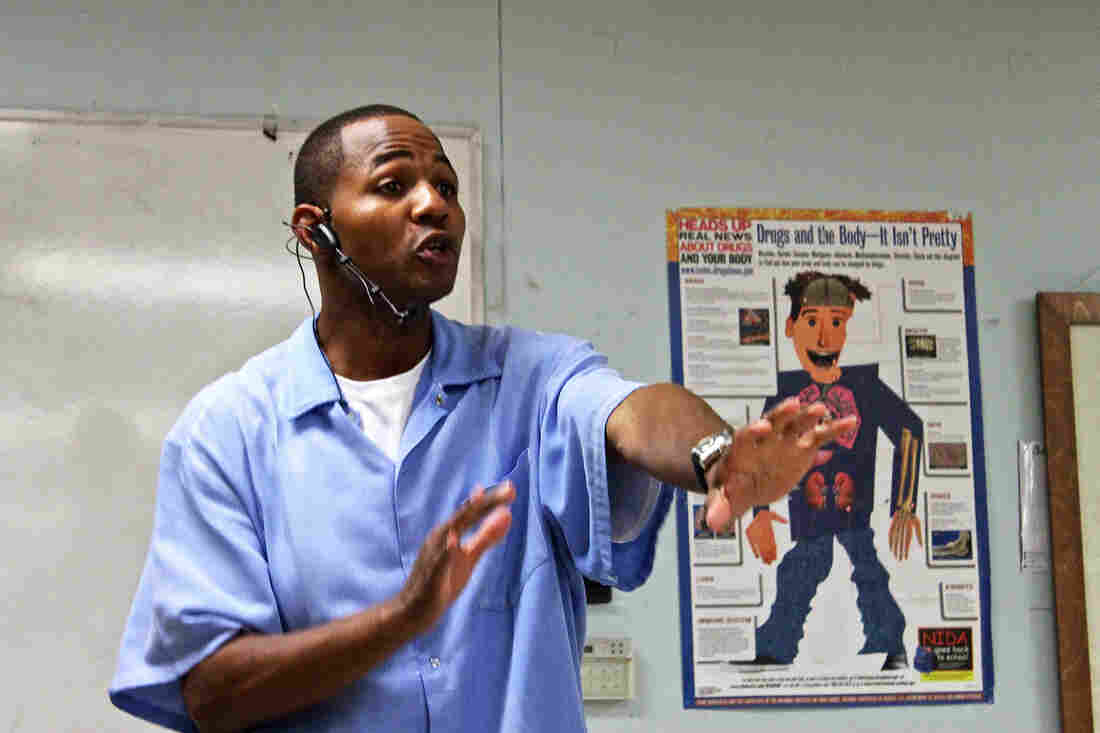 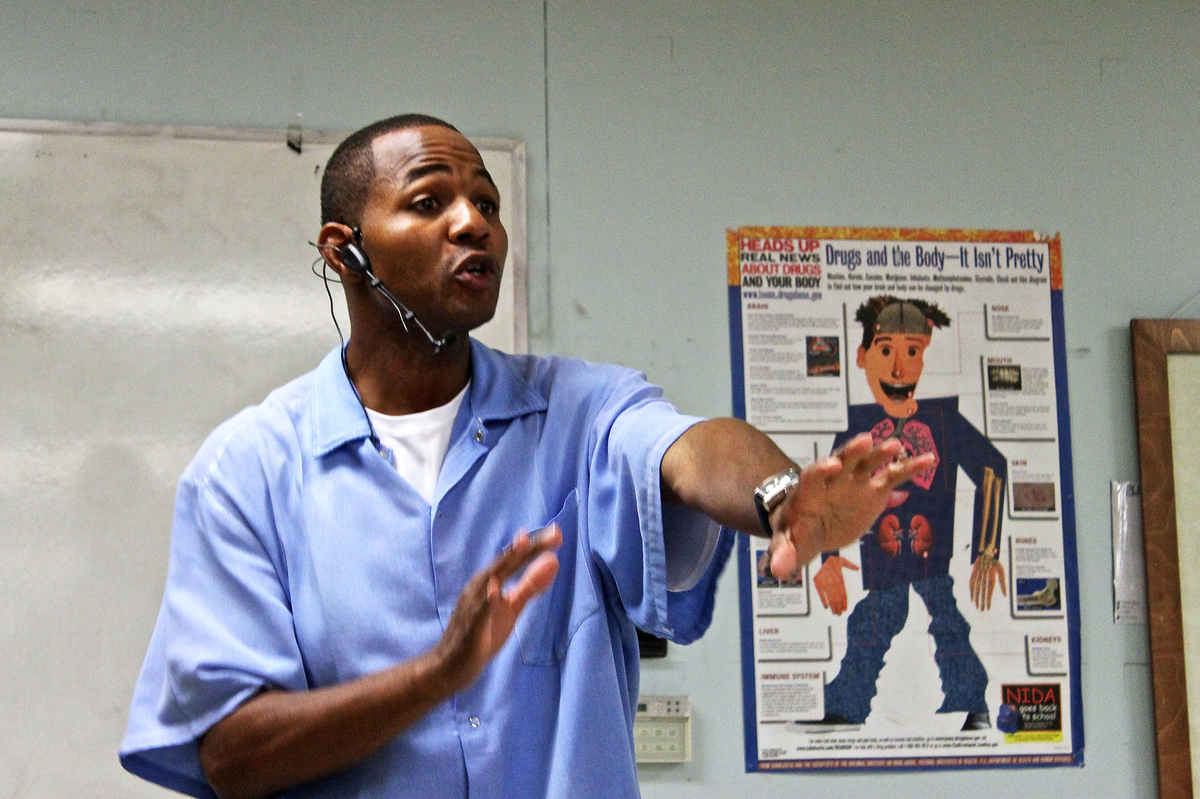 Curtis Carroll discovered the stock market in prison. Through friends and family on the outside, he invests from San Quentin State Prison in Northern California, and he's also an informal financial adviser to fellow inmates and correctional officers. Everyone in prison calls him Wall Street.

"I couldn't believe that this kind of access to this type of money could be accessible to anybody. Everybody should do it. And it's legal!" he says.

He pores over financial news: the Wall Street Journal, USA Today, Forbes. Business is like a soap opera, he says, and he's always trying to anticipate what will happen next. "I like to know what the CEO's doing," he says. "I like to know who's in trouble."

Carroll, 37, taught himself to read in prison. Raised in Oakland, Calif., he spent most of his youth homeless. His mother and grandmother were addicted to crack. He and his brother spent most of their time roaming the streets. Carroll didn't know how to read or write, so he paid other kids to do his homework. He hated school, and in his early teens, he fell into a gang and began committing crimes. At age 17, he entered the prison system. He's been in prison for 20 years, doing a sentence of 54 to life for his part in a robbery attempt that ended in a murder.

One day Carroll stumbled on the financial section of the newspaper thinking it was the sports section, which his cellmate used to read to him. Another inmate asked him if he played the stocks.

"I had never heard the word before," says Carroll. "He explained to me how it works and said, 'This is where white people keep their money.' When he said that I said, 'Whoa, I think I stumbled across something here.' " 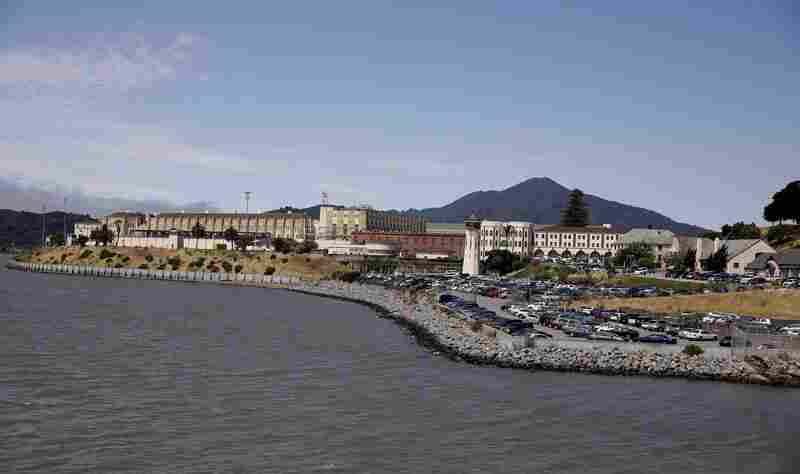 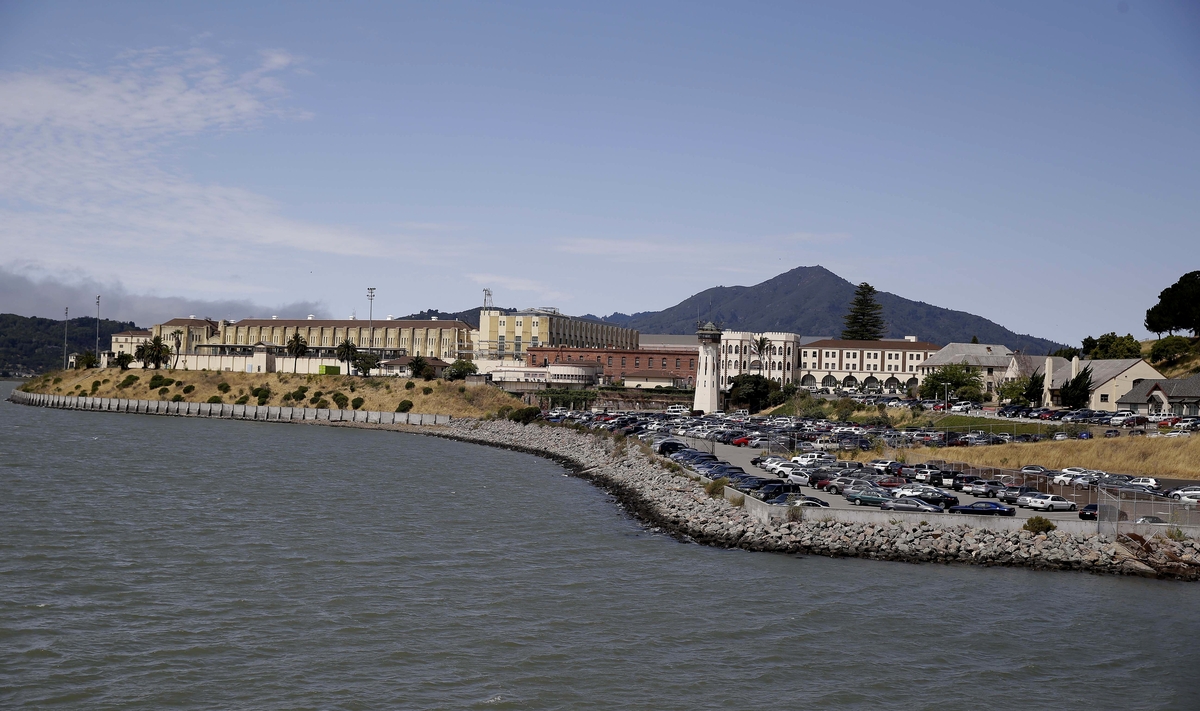 Carroll began with small investments known as penny stocks, which were high risk but successful enough to allow him to keep investing. He says he taught himself to read by looking at candy wrappers and clothing logos, and once he got the hang of it, he started to read financial stories. A former cellmate says he would study his stocks all night and into the early hours of the morning. And he often writes out stock predictions, taping them to the wall in an envelope, dating them and then checking back later to see how well he did.

Every Thursday night, Wall Street and a group of volunteers from outside the prison teach the men some of the principles of sound personal finance, stock investments, retirement and how to manage the money they do have — things most of the inmates have had no training in. Wall Street tells his theories to the assembled group. "There's four steps," he says. "Every person on this planet that has made money has mastered these four simple steps: savings, cost control, borrowing prudently and diversification."

The group is called Freeman Capital, and he co-founded it with fellow inmate Troy Williams. Williams says about 70 people attend the class each week.

Many of the prisoners serve decades-long sentences, and when they are released, they are given $200 and little to no knowledge of financial resources such as retirement funds.

"It's like, 'Good luck. We're gonna pray for you. Stay out of prison,' " says Williams, who is on parole from San Quentin State Prison after serving a life sentence. "Who do you want coming home? Do you want the animal that's been caged away for years that's the same badass gang-banger that he was when he went to prison? Or do you want somebody that's coming home thinking differently?"

Carroll doesn't have access to a computer or the Internet, so he calls his family members to check the closing prices for the day, and he tells them what to buy.

"I'm in prison, but I'm on just the same playing field as Warren Buffett," Carroll says. "I can pick the exact same companies. I can't buy as many shares, but technically we're just the same."

Word of Wall Street has leaked outside San Quentin. Small, community-based investment clubs have been reading about him online and are now seeking out his financial counsel, drawn to his strategies and his story. Wall Street, they say, has time they don't to study the market and get wise about money.

"Overall, the goal is to get the money to give it back to the community," Carroll says. "When I look at how Bill Gates and Warren Buffett give 90 percent of their wealth away, I thought, what better way than to go back and help the things I've destroyed?"

At the end of his financial literacy lessons, he assigns his fellow inmates some homework: Call home and ask family members about their long-term financial plans.

"I try to reiterate to the men that I'm not teaching you some for-sure plan. I'm just teaching you to plan," Carroll says. "It's fine to take the loss. I mean, it happens. You just know that it doesn't have to lead back into whatever you was doing, drugs or alcohol or crime or gangs.'

This piece was produced in collaboration with Life of the Law, a group of journalists, editors, producers and scholars working together to produce stories about the law.