Accessibility links
Power Worker's Legacy: Lines Installed, Doubters Defied, Daughter Inspired Monica Harwell was the first woman to climb utility poles for Con Edison in New York. The men she worked with didn't think she could do it, but Harwell never let them paint her into a corner. 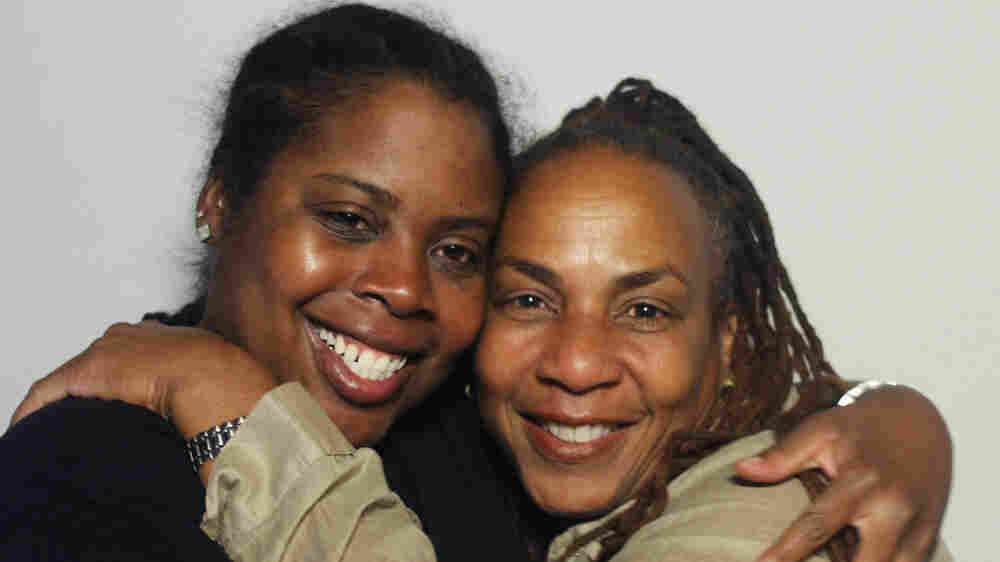 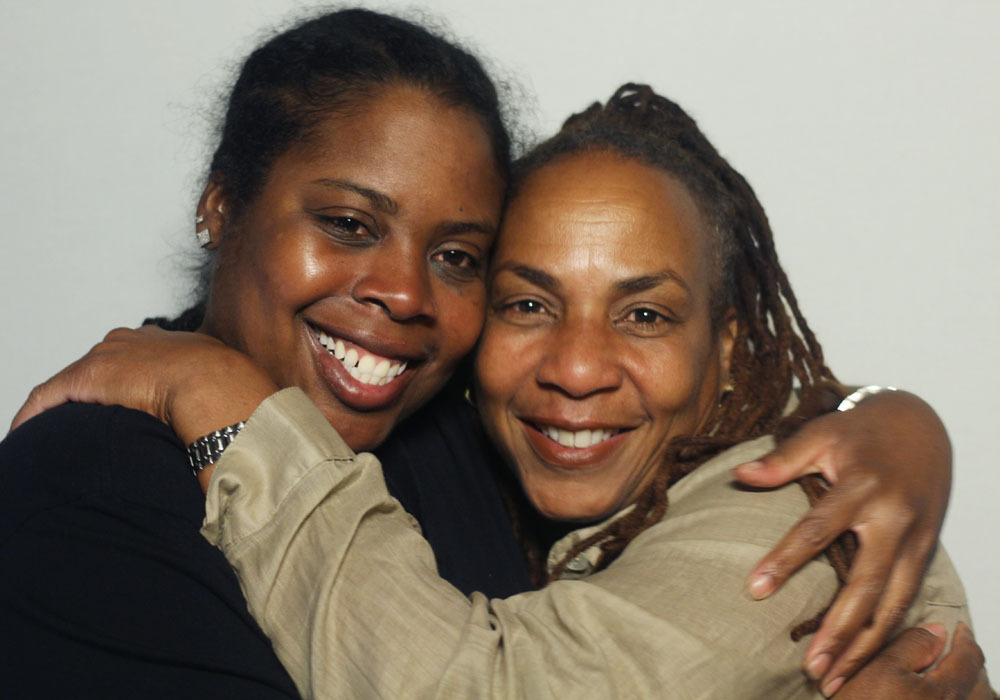 Monica Harwell (right) and her daughter Andrea Cleveland at StoryCorps.

When Monica Harwell started working for Con Edison as a line constructor in 1991, her job was to install power lines, dozens of feet in the air. She was the first woman to climb utility poles for the company.

At the time, Harwell worked with men whose families had been working on the lines for generations. Many of them never thought she'd make it. She felt like they hated her. 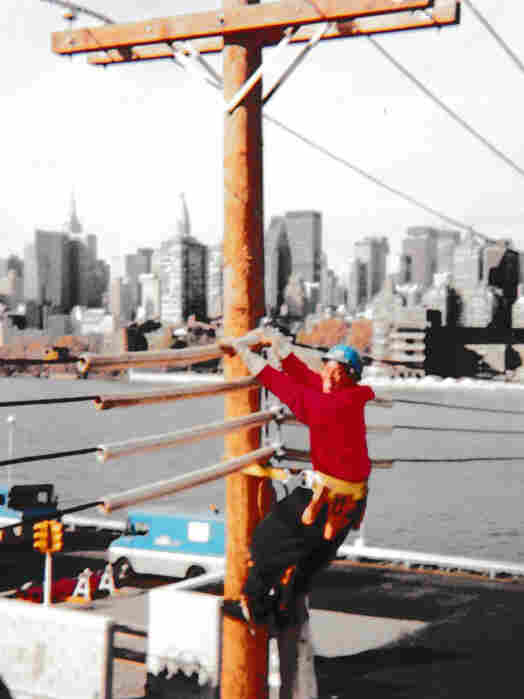 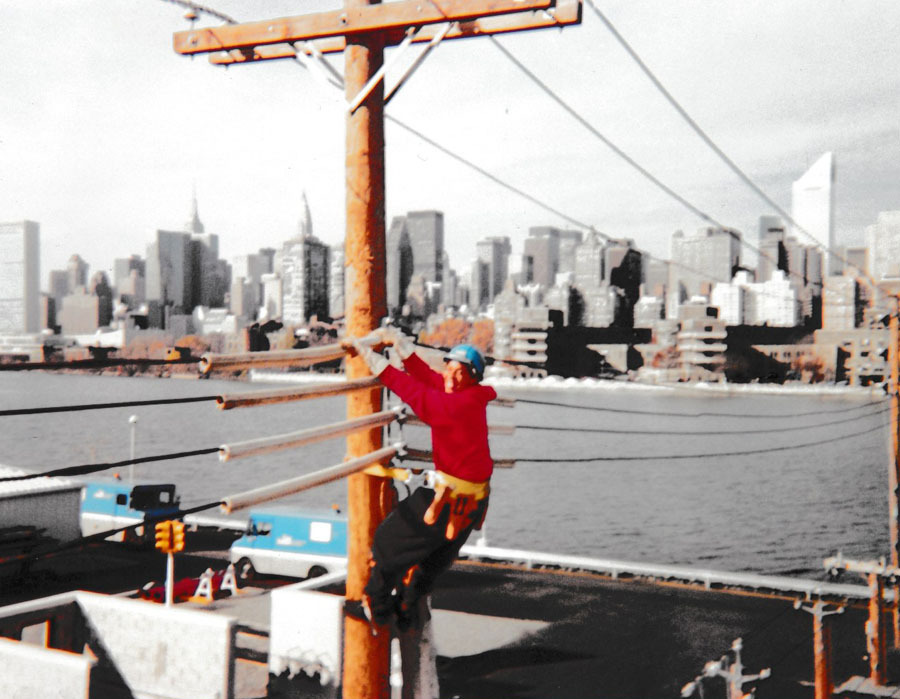 "Nobody wanted to work with me," 53-year-old Harwell told her daughter, Andrea Cleveland, during a visit to StoryCorps in New York City. "They kept bouncing me back and forth from one truck to another. But, uh, I will never forget my first climb on the top of the pole. They was like, 'OK, lady. It's your turn. You gotta go up.' "

Harwell's co-workers placed bets, making comments like, "She'll never get up that pole."

But Harwell wasn't deterred. "You know, I wasn't going to tell you guys, like, 'Mommy didn't do it.' "

She started climbing, and when she got to the top of the pole and was hanging 50 feet in the air, Harwell started painting her fingernails.

She wouldn't let them paint her into a corner. But there were other hurdles she had to clear.

A Tall Assignment: Overcome Fear Of Heights, 555 Feet In The Air

"I remember when it was parents' night and you were coming straight from work, and you said, 'Would you feel embarrassed if I go there with my work boots?' " Cleveland, 29, said to her mom. "And I said, 'Not at all. I'm proud because it shows that my mother works.' And it's funny to me because [of] what I'm doing now, driving a forklift at Con Ed."

Harwell's daughter — who attended Spelman College in Atlanta, Ga. — followed in her mom's bootsteps and now works as the chief stock handler, managing supplies and material in the warehouse.

"When I was getting you the job at Con Edison, I really didn't want you there," mom said to daughter. " 'Cause of all the stuff that I went through, dealing with the guys. But, uh, they swear things have changed. Do you see that change?" 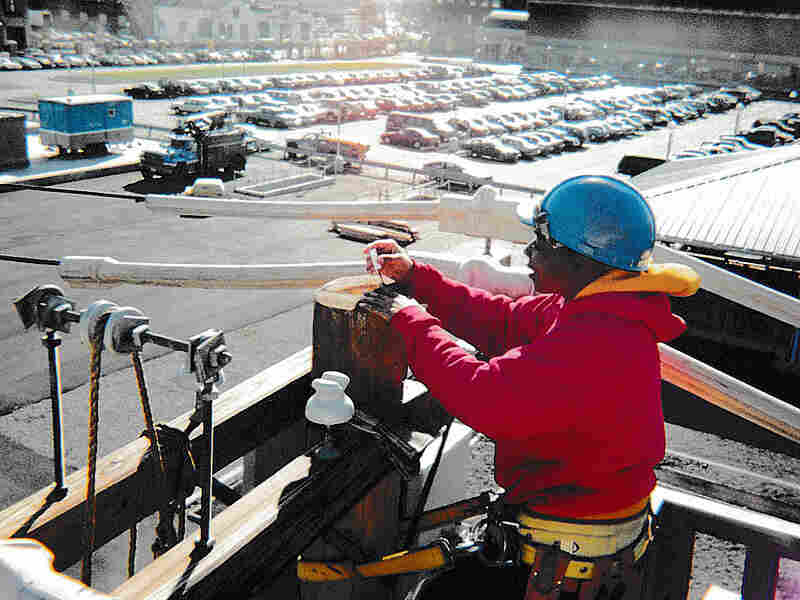 Though her co-workers bet that she wouldn't make it up the pole her first time climbing, Monica Harwell not only got to the top — she started painting her fingernails when she got there. Courtesy of Monica Harwell hide caption 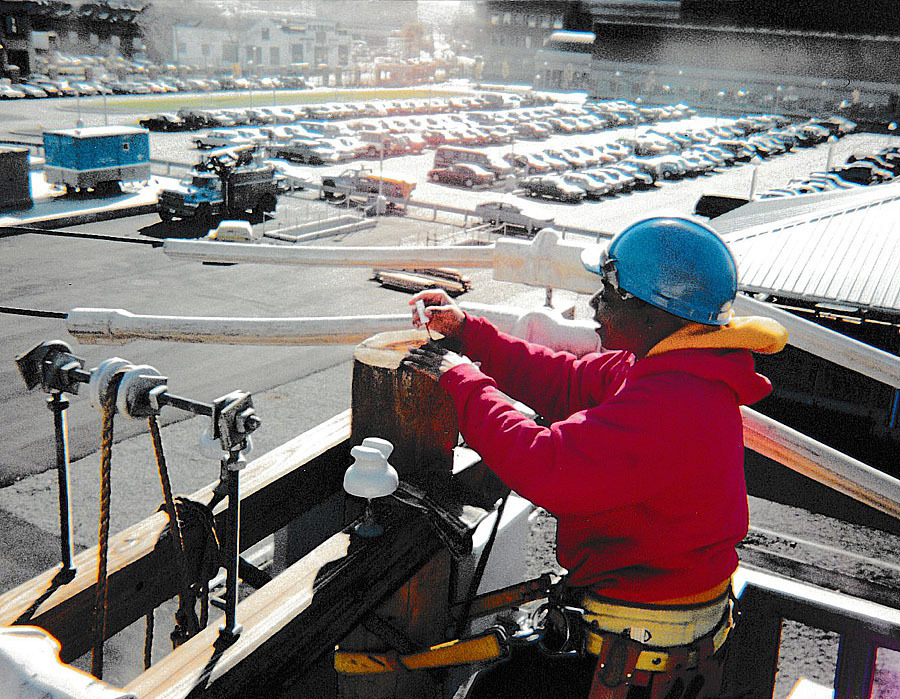 Though her co-workers bet that she wouldn't make it up the pole her first time climbing, Monica Harwell not only got to the top — she started painting her fingernails when she got there.

Well, Cleveland says, "You have people, they just don't like you just because. But I stopped being afraid of what other people thought about me. I learned that from you. Even people that have just crossed paths with you here and there, they say, 'Man, your mother, like, that's a bad woman.' "

Today, Harwell is the scheduler at Con Edison, helping to manage operations. And the love and support of her daughter means a lot to her.

"You know, you've stayed strong in so many things, and that's why I've always called you my eagle," Harwell said. "You don't belong on the ground. And, believe it or not, your strength also motivated me and made me keep going."