Accessibility links
Interview: Joe Domanick, Author Of 'Blue: The LAPD And The Battle To Redeem American Policing' Joe Domanick's Blue traces the history of the Los Angeles police and the shift away from a "disastrous policy" of using military-style tactics. The author shares lessons for departments nationwide. 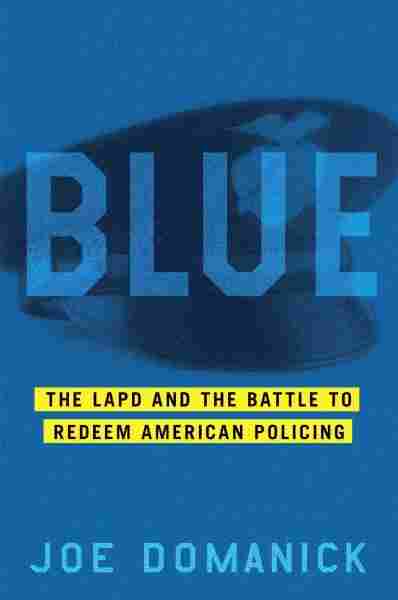 The LAPD and the Battle to Redeem American Policing

High-profile, officer-involved fatalities across the country have put police departments everywhere under more scrutiny than ever.

For a lesson in how to move forward, they could look at the history of the Los Angeles police.

In the '80s and '90s, Los Angeles was trapped in a cycle of crime, crack and gang warfare. Investigative journalist Joe Domanick says back then, the Los Angeles police just made things worse with its crime-fighting strategy — which involved using military-style tactics to subdue and arrest suspects, who were mostly from minority neighborhoods.

"It was a really disastrous policy," Domanick tells Weekend All Things Considered guest host Tess Vigeland. "And the people in those communities reacted to that kind of policing. That and the beating of Rodney King led to [the] '92 riot."

In his new book Blue: The LAPD and the Battle to Redeem American Policing, Domanick profiles the players and events that has transformed the agency.

I think the reception for him was one of trepidation among the LAPD and one of relief among people that wanted to see the Los Angeles Police Department reform. And so Bratton came to Los Angeles and brought with him many of the essential things that helped to reduce crime so dramatically in New York when he was the police commissioner there from '92-'94.

CompStat policing — which was computer mapping of where crimes were occurring on a daily basis and then deploying police officers to those areas and lowering crime in that way. And holding precinct captains, division captains and commanders accountable for crime going up and crime going down. It was no longer how many people you arrested: It was, if crime's going up in your area, you're in trouble.

On getting officers to pay attention to his reforms

[Bratton] said that, "We understand force in the LAPD." And he said, "If you want to keep the crows away, you kill one and you put it up on a fence post, and they'll stay away." So that's essentially what he did.

On what the LAPD still needs to change, particularly after the shooting death of Ezell Ford, a mentally ill black man

One of the things they have left to do is to really inculcate to their officers that these kinds of shootings will not be tolerated. The police commission faulted the officers who killed Ford because they had no reason to stop him. So the whole incident, they said, has to be looked at from the beginning to the end, not just what was happening in the very end when they shot him.

What the LAPD has done very well, under Bratton, and under Charlie Beck — who is the current chief — is community policing, but even that is starting to slip, my sources tell me.

On whether Bratton's tactics worked

What Bill Bratton did was he came into Los Angeles, and he said, "I'm going to give my division captains and my commanders ... freedom to reduce crime, and as long as they do it lawfully and they do it in the right way, I'm going to open that up." And that really opened up community policing for these young captains to be creative and to start to build real relations.

A second thing that he did was he reached out to the ACLU, to the African-American leadership, and he said, "I want to listen to you, I want to work with you, and if I can do what you think would be helpful, I'm more than willing to do that."

But I think the LAPD got some real work to do to continue a process of reform that's far from finished.

On potential successors to the legacy of Bill Bratton

I think that Charlie Beck has the potential but he's hit a wall in terms of continuing that reform. So, I don't. I think the unique thing about Bratton was that [he changed the LAPD] from the inside, which is so hard to achieve in policing.

So I think that's very important, and I think that not just the black leadership but the black intellectual class. People like Jelani Cobb and Ta-Nehisi Coates who are linking it to the entire black experience and saying,"Look: You've got to understand this, that it's not just the police, that the police are reflective of a far deeper problem."

Read an excerpt of Blue