Accessibility links
Love Lines: A Summer Sampler Of Romantic Manga Our Summer of Love rolls on with a roundup of romance manga. Japanese comic books can be a daunting field to enter — but we've picked three of the sweetest for your summer reading pleasure.

Romance comes in many forms — and never so many as in manga. Let loose in the black-and-white planes of comic-book reality, an army of creators has envisioned every schmooptastic scenario imaginable. But even setting aside certain extremes (Male pregnancy? A guy whose true love gets miniaturized and stuck to his forearm?) it's still a daunting field. Where's a reader to start? Why, right here. 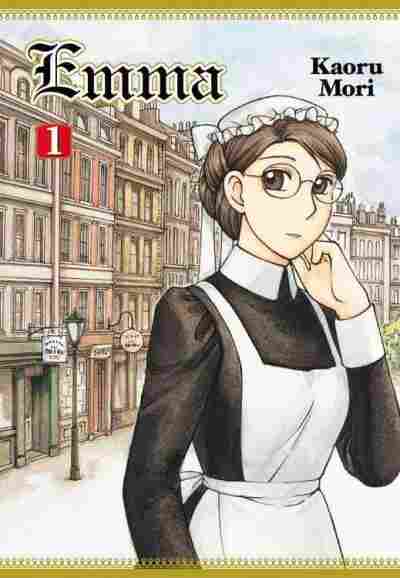 Kaoru Mori's extraordinary Emma is swoony on any number of counts. It's set in a meticulously imagined Victorian London; it features a relationship between a gentleman and a housemaid; and the heroine wears glasses. Said specs do nothing to deter the wealthy William Jones, Emma's admirer from the moment he sets eyes on her. The two begin a flirtation, then a secret romance that develops over 10 volumes. Emma collected a flotilla of awards in the late '00s from fans of its historical accuracy and finely sketched illustrations. Now it's coming back into print.

It's the central relationship that really sets Emma apart. William is feckless, a happy-go-lucky richie (at least, at first). Emma is intrepid but wary, as would be expected of a young woman who, as a child, barely escaped a life of sexual slavery. She and William fall for each other in a dozen pages or so, but their attraction never seems trivial or shallow. Rather, these two have quite clearly stumbled upon that antique phenomenon, True Love.

Mori's artwork, though, is wholly modern. Instead of packing each panel with pattern and architectural detail, as the period might seem to warrant, she keeps her spaces open and clean. She's economical with dialogue, too, trusting in her ability to convey much with a few expression lines. On many levels Emma is a delicious reminder that sometimes, romance is all about restraint. 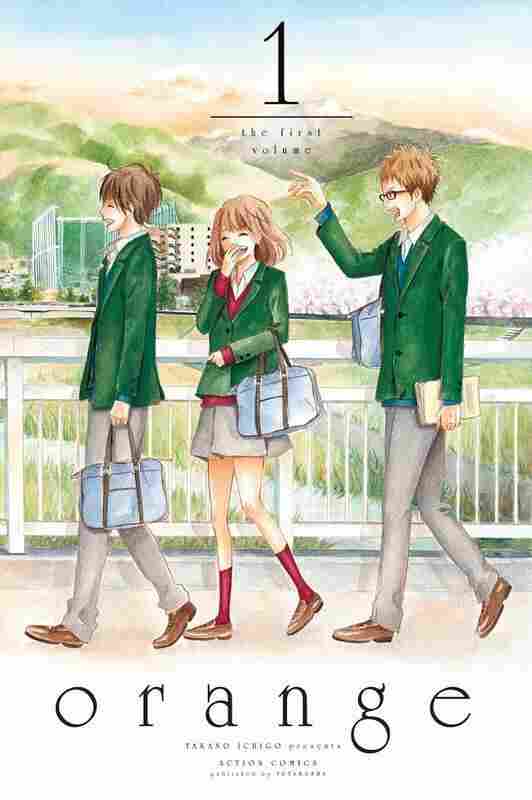 You simply can't talk about romance manga without some high school uniforms popping up. Ichigo Takano depicts the teenage years with plangent sentimentality in Orange, available online. The earnest, uncomplicated characters border on cloying, but Takano's thoughtful details and a clever plot device set this story apart from countless other tales of halcyon adolescence. She's got a lovely, clean line, too.

Orange's nostalgia for youth is fueled by that other romantic standby: incipient tragedy. One day a 16-year-old girl, Naho, receives what seems to be a letter from her future self. It warns her that if she doesn't get to know a new student — the brooding Kakeru — she'll have a lifetime of regret. Soon it appears that sometime in the next 10 years, Kakeru will descend into depression and take his own life. Spurred on by more letters, Naho sets out to save him.

Orange is above all a tale of attentiveness. Its characters observe each other acutely and risk embarrassment in order to offer support — and it's the right kind of support, the right words, not just generic up-and-at-'em-ism. Who doesn't yearn to be seen that clearly, by a lover or a friend? Orange may be saccharine-sweet, but its emotional rewards are real. 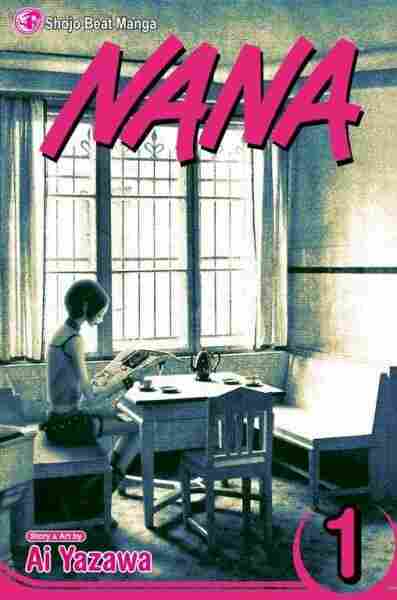 Female friendship and fabulous fashions have helped make the long-running Nana a bestselling romance manga in Japan. But the real source of Nana's appeal is deeper than mere sentiment or Yazawa's charming drawings of trendy clothes. Its characters are modern, reasonably realistic young women grappling with an array of choices as they strive to attain their dreams. It's the kind of instantaneously relatable saga that would make a great chick flick. (In fact, besides the inevitable anime series, Nana has been adapted into two films.)

There are two Nanas in Nana. One, high school graduate Nana Komatsu, is in love with love. She has no ambition other than to be close to her friends and her boyfriend. The other, punk singer Nana Osaki, also has a boyfriend — a hunky bassist. But when he gets a big break in Tokyo, she refuses to follow him, determined to get famous on her own. After meeting on a train, the two Nanas eventually become roommates, confidantes and foils.

Nana's many (many, many) plotlines are simple, even simplistic. Most require the characters to reflect seemingly endlessly on interpersonal minutiae. But these travails are finely imagined and affectionately realized, and they're by no means cookie-cutter. Yazawa's flexible drawing style — alternately rough-edged, cartoony and airily romantic — puts a zing in the most quotidian interludes. And those clothes? Really, just fabulous.