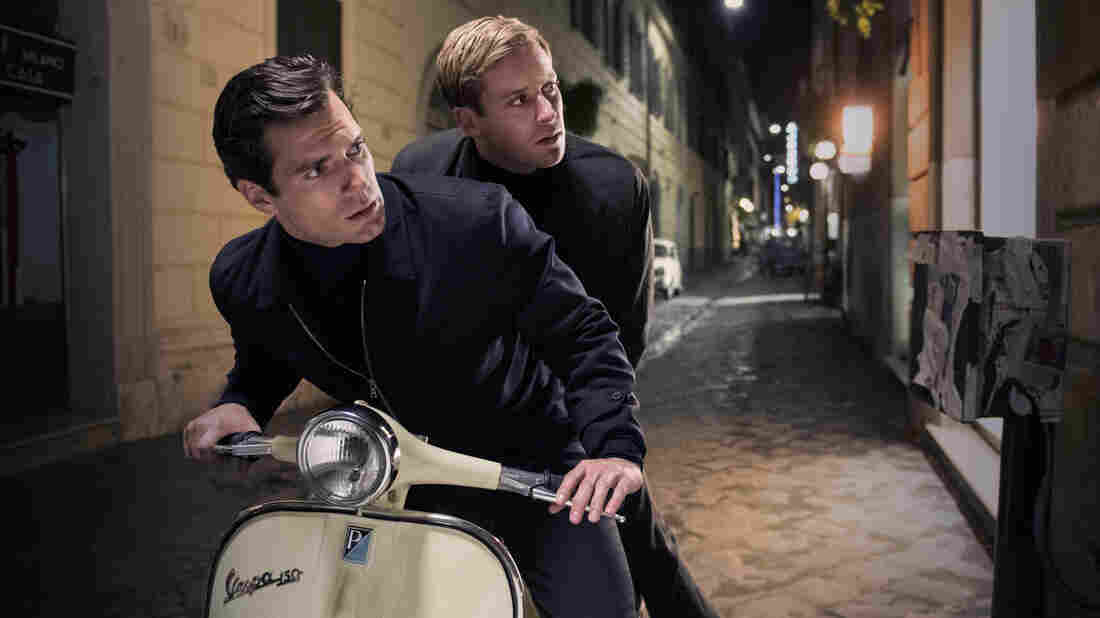 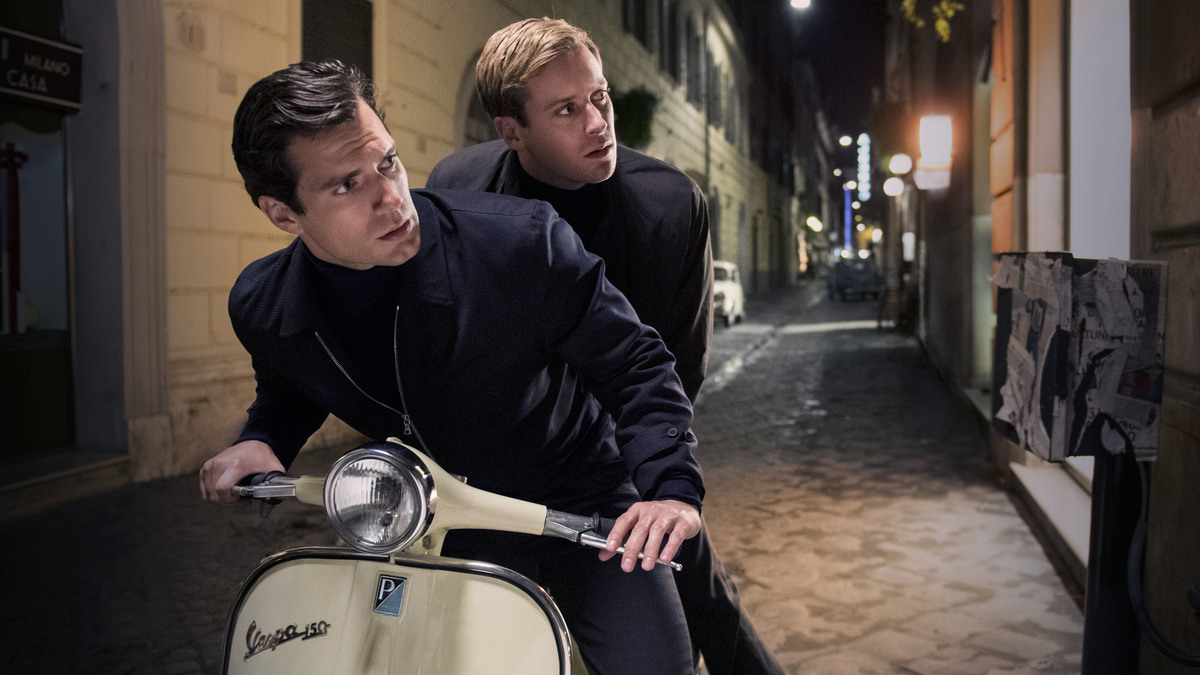 Napoleon Solo and Illya Kuryakin have enjoyed lengthy careers — especially for men in a business as dangerous as spying.

The American and Soviet CIA agents had a wildly popular run on TV in The Man From U.N.C.L.E. in the '60s. But long after the show came off the air, Solo and Kuryakin bantered on — in a handful of movies, dozens of books, a few comics, countless reruns and the popular imagination.

Now the characters have been revived by Guy Ritchie (whose two most recent forays onto the big screen also brought back two characters from the past — Sherlock and Watson).

A Funny And Sexy Adaptation Of 'The Man From U.N.C.L.E.'

The director talks to NPR's Scott Simon about whether the film has homoerotic undertones (he says no) and if there will be a sequel (he hopes yes).

Click on the audio link above to hear their full conversation.

One of the dangers I find with this genre is that spies can be predictably dull in their origin, and the fact that they're probably civil servants; they've gone through the system. What we wanted to do is to give a certain sex appeal to the origin story of Napoleon Solo.

So he was, is an American that was caught up in the Second World War and stayed on after, and then developed an understanding of the black-market trade for fine arts. And during this period he learned several languages and refined himself in a European way. So he sort of has the muscularity of an American, but the sophistication of a European.

And eventually the CIA caught up with him — they sent out a whole task force just to get him. And then they didn't want to waste his skills ... no civil servant had the equivalent of this skill set. So it was either prison or it was working for the CIA. And I like that as a sort of origin story.

What I didn't want is to have characters without some form of complication. lllya Kuryakin came up through the ranks in a very Russian way. We all grew up with Russian athletes being rather specially uber, and I wanted to capture some of that for Kuryakin.

But at the same time, with his uberness, he's held back by a terrible temper, which he finds very difficult to control. So the union of these two hopefully would create an exciting idea for who your spies would be.

On reviews that suggest homoerotic tension between the two main characters

You know, I am interested in the relationship between men. ... At a facile level, I find them too predictable on film. So there needed to be something between these two that you thought, "You know, I like those two, and they like one another." But I can't see them fancying each other.

We were trying to capture a period ... to have the reconciliation between the Russians and the Americans and the Brits. ... That's really what was taking place after the Second World War and during the Cold War, is that everyone sort of had to work together — and I rather like that as an idea. So we had to bring the Brits in. We weren't particularly either gender-specific or nationally specific about who was going to steal the trophy.