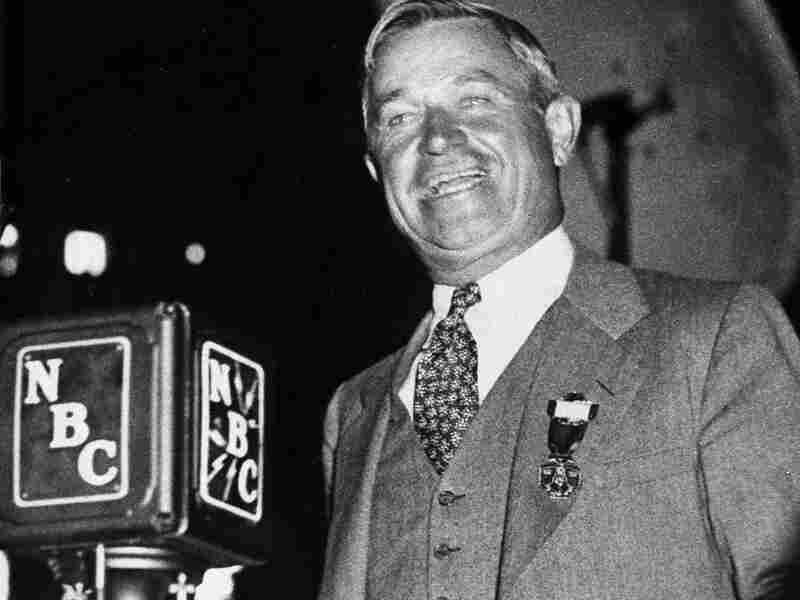 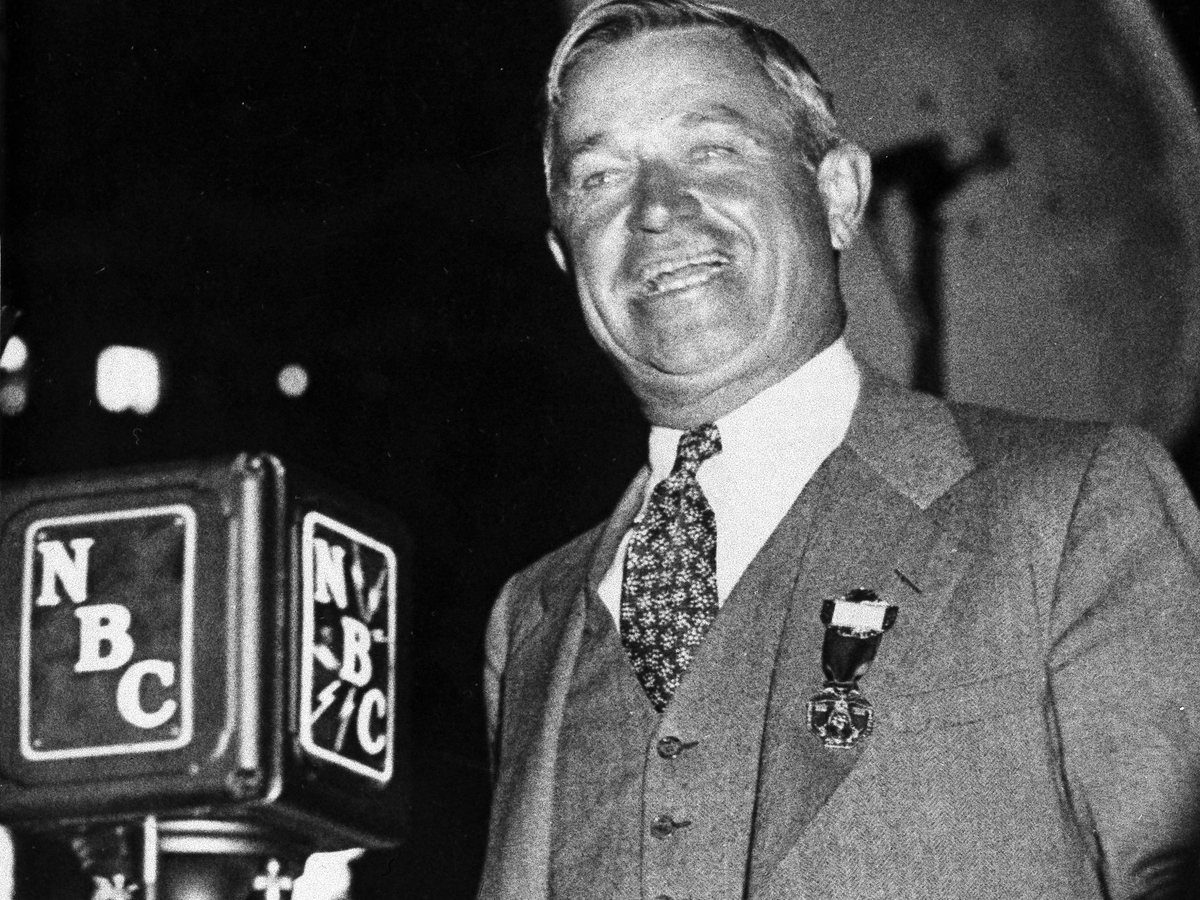 Humorist Will Rogers takes to the speaker's stand at the Democratic National Convention June 29, 1932.

Eighty years ago today, the most famous man in America besides Franklin D. Roosevelt died, and in 1935, I'm not sure you needed to add a "besides."

Will Rogers was 55. He was flying through Alaska with his friend, the pilot Wiley Post, to mine some material for his newspaper column and radio show when they crashed near Point Barrow.

Will Rogers was a real Oklahoma cowboy, part Cherokee, who could rope and ride but found he could make more by roping and talking. He put wry asides and funny observations into his lariat tricks, went into the circus, vaudeville, then Broadway, shuffling onstage to say, "All I know is what I read in the papers," then talk about news, politics, and the human comedy.

"The American people will vote dry as long as they are able to stagger to the polls," he said of Prohibition.

"The truth can hurt you worse in an election than about anything that could happen to you," he liked to say.

And once: "You wire the state or the federal government that your cow or hog is sick and they will send out experts from Washington and appropriate money.... You wire them that your baby has the diphtheria ... and see what they do."

Will Rogers' son, Fred, died at the age of two from diphtheria.

He became famous onstage, and in movies, books, and a new medium called radio, which could reach millions of people at the same time

And what drives the spread of a new communications technology? Jokes.

"I don't belong to any organized political party," Will Rogers liked to say. "I'm a Democrat."

"Everybody is ignorant," he reminded audiences. "Only on different subjects."

"I would keep them in session the year round for my business," Will Rogers told his radio audience, "but I have some consideration for people."

Mort Sahl, late-night monologues, Jon Stewart, Amy Schumer, the real-time satire of The Onion — they all owe something to Will Rogers. He was never profane and rarely partisan, but Will Rogers could sure be pointed.

"I have a scheme for stopping war," he once said. "No nation is allowed to enter war until they've paid for the last one."

He had a sharp mind, and an open heart. The line for which Will Rogers is best remembered is still worth hearing in full:

"When I die, my epitaph or whatever you call those signs on gravestones is going to read: 'I joked about every prominent man of my time, but I never met a man I didn't like.' "