Accessibility links
Though Not A Death Sentence, HIV/AIDS Still Holds A Powerful Stigma Three decades after it emerged, people with the virus are able to live long, fulfilling lives. Still, some say those who are diagnosed now suffer more public shame than that first generation ever did. 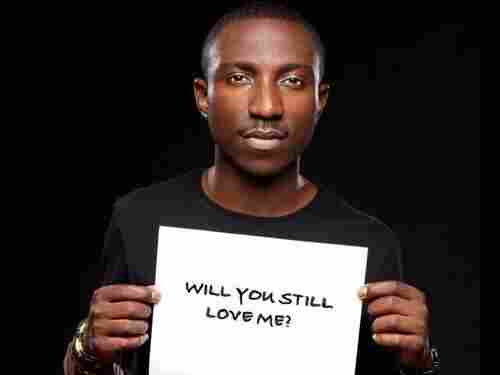 "I was more so afraid of the stigma attached to the disease than the actual disease," says Guy Anthony. Courtesy Guy Anthony hide caption

Indiana was hit with an outbreak of HIV/AIDS this spring, and it got a lot of attention because it is so exceptional.

Our perception of HIV/AIDS has changed since the disease emerged in the early 1980s. There are all kinds of treatments and resources — things that simply didn't exist when the epidemic began.

In the U.S., an estimated 1.2 million people are living with HIV, according to the CDC. New infections are down from the peak in the 1980s, but the epidemic is nowhere near over. HIV/AIDS has affected millions of people around the world. In this country, gay men have been hardest hit.

Today on For the Record: HIV then and now. Two survivors, from two different generations, tell their stories. Click the audio link on this page to listen to the full conversation.

In West Hollywood, in the 1980s, King was struggling to become an actor, but his career dreams were sidelined by a deadly disease.

"People were disappearing," King says. "A bartender would be there one weekend and was gone the next. And if you saw somebody at the supermarket that you hadn't seen in months, you were, 'Oh, thank God! You're still alive!' It was just this fellowship of grief and tragedy and mortality." 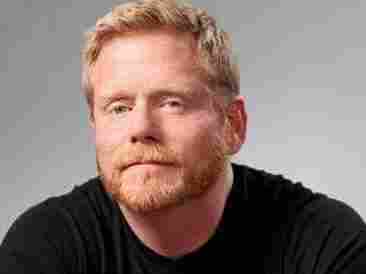 Mark King was tested for HIV in secret in 1985, the week the test became available. The results were positive. Courtesy Mark King hide caption

As a gay man, King watched many of his friends suffer through AIDS. He decided he had to get tested.

"I was diagnosed in 1985, the week the HIV test became publicly available," he says.

But an HIV diagnosis could mean getting kicked out of an apartment, losing friends, losing a job. King didn't want an HIV test on his record, so he snuck into a clinic where a friend gave him the test in secret.

"And it was at least two weeks later that he called me at home, and said, 'I'm sorry to tell you, your results came back positive, and I'm really sorry.' " King says. "That was all he could really say."

He began living life in two-year increments, he says, "because I knew that that was about the amount of time it would take for it to kill me. And again, no medications of any kind. It was a waiting game."

Years went by, and King never planned for his future. Instead, he spent much of his time taking care of friends who were dying. Finally, more than a decade after his diagnosis, a breakthrough: A class of antiretroviral drugs called protease inhibitors went on the market.

"And suddenly, we were literally getting up out of our death beds, those of us who were that sick, and eating again, and getting healthy," he says. "It absolutely is the line of demarcation, 1996. Before was death and mortality, and after was real hope that people living with HIV can live completely long, fulfilling, engaged lives."

King worked for an AIDS organization in Atlanta, and suddenly he was helping people figure out what to do with the decades of life they thought they wouldn't have.

"How do you say in a job interview, 'Well, I had a touch of the AIDS for a few years, but I'm feeling better and now I'd like to work again,' " he says. "And relationships: It turns out that the partner you wanted to die with may not be the partner you want to live with. More than one person came down to the breakfast table and looked his partner in the eye, and said, 'You know what? I'm going to live another 20 years, and not with you.' "

An HIV diagnosis today looks very different than it did in 1985. It's not a death sentence. People are better educated about the disease, treatment options are more effective and easier to access.

Guy Anthony was diagnosed in 2007.

"I often tell people I'm spoiled, living in D.C.," says the now 29-year-old Anthony. "You can walk by and see a Truvada [ad], which is an antiretroviral, you'll see a billboard for that. Or you'll see a poster that says, 'God still loves me,' and it has an HIV advocate there."

King was diagnosed with HIV 20 years before Anthony — but in some ways, King says, younger generations have had a tougher time.

"It's my firm belief that as medications have improved, and as the lives of those of us with HIV have improved, social stigma has risen," King says. "In the early years, we were doing everything we could just to help the dying, and there was no time to point fingers or blame or judge people ...

"Now, if you were to test positive today, how did that happen? What a disappointment you are. Why weren't you listening to all these prevention messages that we've been giving you all these years? You must be a terrible person."

That rings true for Anthony.

"I was more so afraid of the stigma attached to the disease than the actual disease," he says. "You know, because every day I have to sort of wake up and deal with the fact that I am a black gay man in America. And that's difficult in itself. So, to add, HIV positive serostatus onto that, it can be a lot."

He has learned how to manage the social and medical aspects of his diagnosis, but it has taken a toll on his personal life.

"Not that I'm not an amazing person, but there are some people that will simply not date me because I'm HIV positive," he says.

After trying several different treatments, he found a drug that works.

"For the first month, I may have had a few side effects, maybe, like, a headache every morning and some nausea," Anthony says. "But after three weeks: easy, smooth sailing."

But the fact that HIV can now be managed is not something Anthony or King take for granted. Anthony has turned this disease into a career, mentoring other black gay men with HIV.

King also works as an HIV advocate, counseling those who are newly diagnosed and those who've been living with HIV since the epidemic began.

"I am now twice the age of many of my friends who died," he says. "To see that potential snuffed out so soon, it makes me realize: Am I doing enough? Am I productive enough? What have I done today? Because I see time as such a gift, and I just want to make the most of it."