Accessibility links
A Meme Gets An Uncomfortable Backstory In 'Straight Outta Compton' The N.W.A biopic pays homage to a cultural reference made famous by member Ice Cube in the 1995 film Friday, but writer Allison Davis didn't find the joke funny. 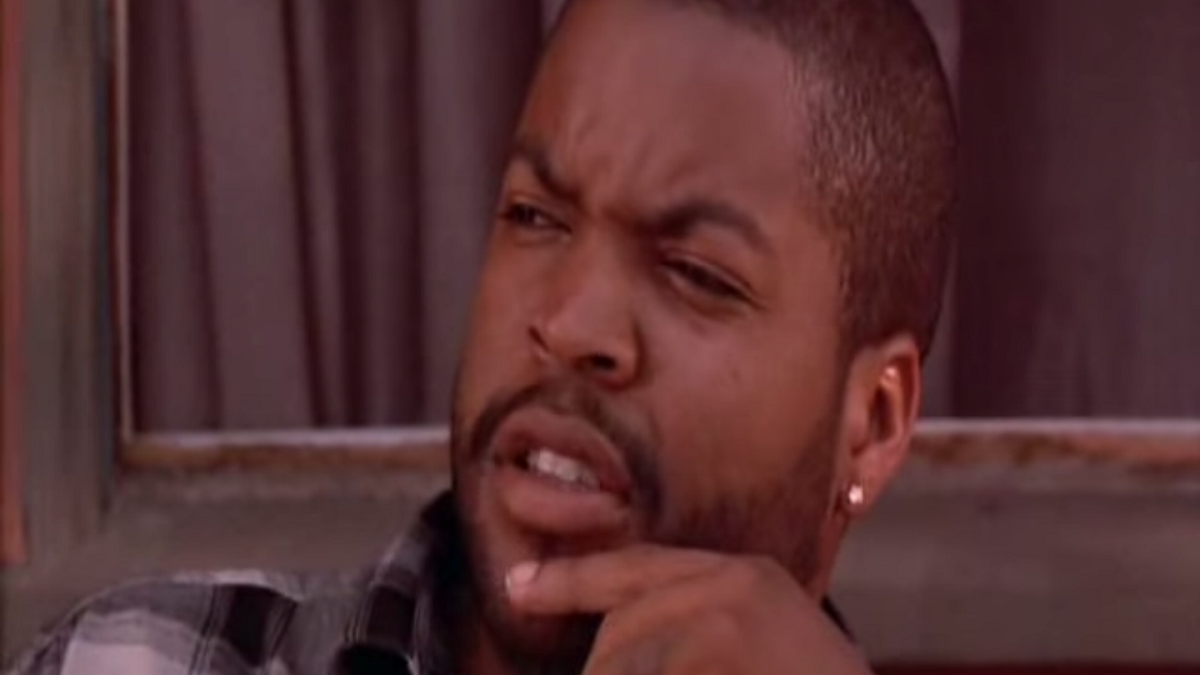 In Straight Outta Compton, Ice Cube's famous line from 1995's Friday — "Bye, Felicia!" — gets an origin story that has left some fans uncomfortable.

Straight Outta Compton, the provocative biopic on the late-'80s hip-hop group N.W.A, reportedly brought in more than $60 million last weekend. Among other things, it pays homage to a cultural reference made famous by its member Ice Cube in the 1995 film Friday -- one that later became shorthand to dismiss trolls on Twitter with the hashtag #ByeFelicia.

"Of course, the movie was going to acknowledge it as a little wink and a nod," Davis tells NPR. "But the scene they wrote as a wink and a nod — and as a punchline, in my opinion — was just kind of disturbing. There's a party scene, and there's a lot of sexual activity going on, and women are naked and lying around in thongs everywhere. The woman in question was in the middle of a sexual act and they blamed her — the 'harlot troublemaker' — and, as punishment, kicked her out without her clothes, slammed the door and said, 'Bye, Felicia.' "

Davis joined NPR's Steve Inskeep to discuss her essay on The Cut and why Straight Outta Compton raises questions that are tough for black women to grapple with.

Explain what it is that bothers you. It's a woman being treated brutally, blamed for an argument among men.

Yeah, exactly. It's slut-shaming, in a way. I think for a movie that omitted discussing and contextualizing a history of degradation of women, a brutality of women — to ignore that conversation and then to add a misogynistic moment for a punchline just felt really bad and really insensitive and thoughtless. I think it's demonstrative of how society treats black women in general. You'll ignore the brutality, and then you'll ignore discussions of empowerment — we're throwaways.

You did something that lots of people do: Something bothered you and you wrote about it on the Internet. But you did something else that I really appreciate: You reached out to the director, Gary Gray, and said, "What's up with this?" How'd that conversation go?

I think it struck a nerve, as conversations about misogyny often do. [Laughs.]

What did he say?

Essentially, that he's telling the story of N.W.A, and that in order to entertain, you can't always be politically correct. And that there are other things to focus on besides just that — I'm assuming because the movie addresses police brutality and N.W.A's role in getting black people a voice in Compton in the '80s against the police, and giving them an anthem. But to say, "Let's focus on one gender's plight and one social-justice issue and ignore the other one" was kind of also disappointing.

Gary Gray has one other defense that you report: "C'mon, Oprah liked this movie." Why do you think she liked it?

You know, I think Oprah supports the movie because, as a positive, the movie does tell an important story about a group that was an important mouthpiece for black people and for black culture. But within that legacy, there is a history of language that degrades women and therefore, I think, becomes very complicated for black women to support this film — and, often, hip-hop culture in general.

To be a woman who loves hip hop at times is to be in love with your abuser. Because the music was and is that. And yet the culture is ours.

For example, another woman who supports the film publicly is the director of Selma, Ava DuVernay, who's been tweeting out wide support for the movie. She had a tweet that said, "It's complicated because loving hip-hop means loving the abuser."

What does that mean?

That you love hip-hop because it's a product of your culture, and it's done so much, in so many ways, to give voice to your culture and your community. But you can't ignore, especially in this movie, how the culture degrades women. You can't ignore the rampant misogyny and the brutality that's also part of the culture.