Accessibility links
Documentary Revisits The 'Dazzling' Polemics Of The Buckley-Vidal Debates Best of Enemies chronicles the 1968 debates between conservative editor William F. Buckley and liberal novelist Gore Vidal. Critic John Powers weighs in on the legacy of their verbal crossfire.

Listen · 6:35 6:35
Documentary Revisits The 'Dazzling' Polemics Of The Buckley-Vidal Debates 6:35 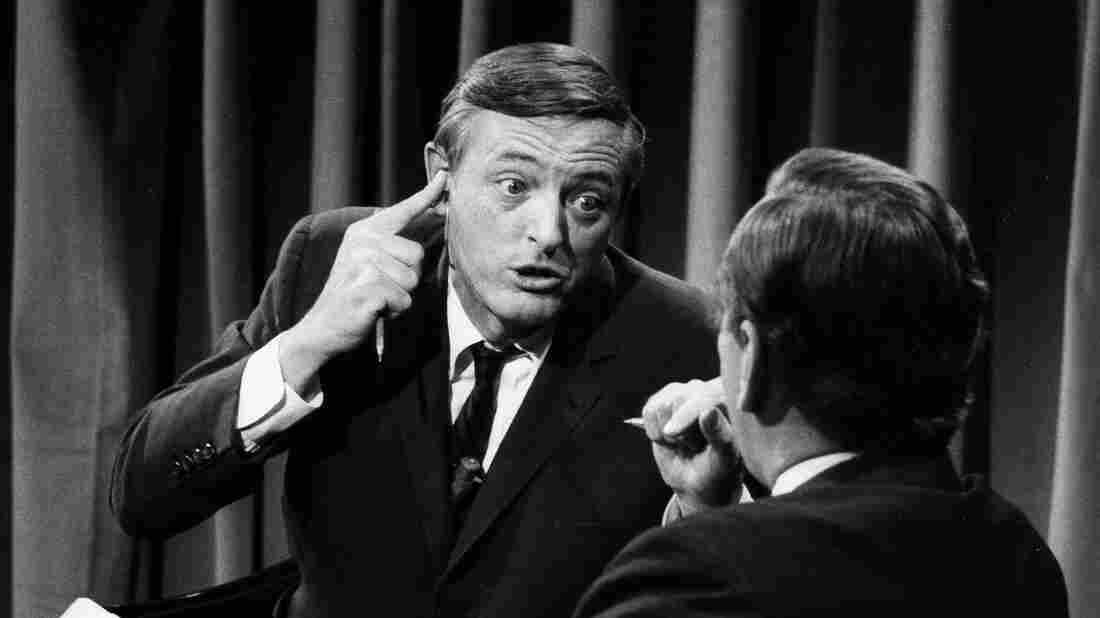 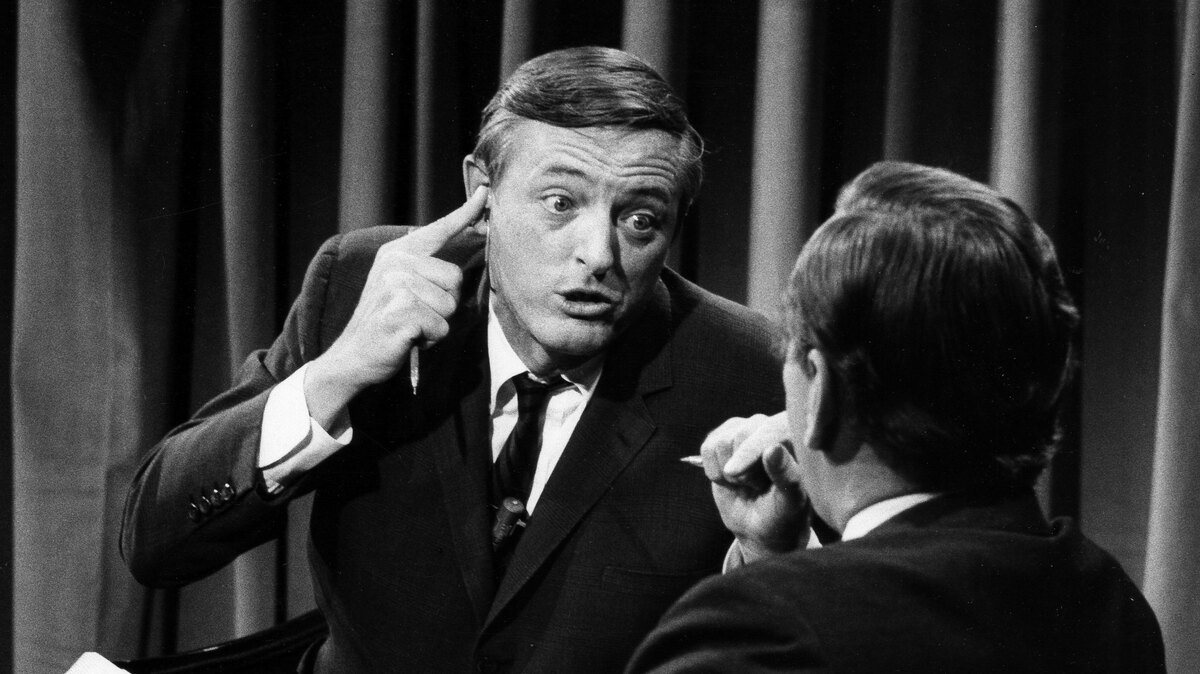 After the Republicans held their lively first debate, you heard people saying what they always say nowadays — that our media-driven political discourse has become shallow and petty, even clownish. Hearing this, an innocent young person might believe that, not so long ago, America was a latter-day Athens in which political arguments were magnificent in their purity and eloquence.

For a useful antidote to this idea, I recommend Best of Enemies, a new documentary by Robert Gordon and Morgan Neville. It chronicles what happened when ABC News, running a poor third in the ratings, decided to amp up coverage of the 1968 political conventions by staging a series of debates between two of America's most famous, entertaining and self-satisfied intellectuals. On the right was William F. Buckley, the devoutly Catholic editor and TV host who's been called the St. Paul of modern conservatism; his opponent was the novelist, essayist and playwright Gore Vidal, the Cicero of the patrician left, who owned a villa in Italy.

These two mandarins didn't merely have conflicting politics and morality. They loathed one another viscerally: For each, it felt like confronting his evil twin. For what they shared, beyond an obvious sense of entitlement, was a dazzling gift for polemic. Speaking with aristocratic drawls we no longer hear on the air, both wielded language like natural-born killers — Buckley's sinuous rhetoric squeezing you tight like a python, Vidal striking quick and hard like a rattlesnake.

From the start, they didn't so much debate issues as try to take the other guy down. Vidal attacked with rehearsed ad libs, while the lizard-tongued Buckley spoke of Vidal's novel Myra Breckinridge as if it were a tissue infected with TB.

Such a messy exchange would be memorable even today. With it, Vidal won their real debate, not over issues, but over which man could preserve the exquisite poise that was his trademark. By getting Buckley to curse, name-call and threaten violence, the smirking Vidal had goaded his counterculture-hating foe into letting it all hang out.

That moment is the only reason anyone remembers these debates. But not content to see this flare-up as an amusing historical footnote, Gordon and Neville try to pump the debates up into grander significance, suggesting they set the template for the bickering free-for-all that is the norm in today's political coverage.

Now, it's certainly true that the Vidal-Buckley crossfire did anticipate the future of political discussion on television, not least by getting two brilliant men to behave cartoonishly. Yet what we see now is the reductio ad absurdum of that. After all, Vidal and Buckley were learned, lavishly articulate men with carefully developed worldviews. That's not something you'd say of the folks blasting their opinions on ABC, MSNBC or Fox.

Buckley famously wrote, "A Conservative is a fellow who is standing athwart history yelling, 'Stop!' " But it doesn't stop, which casts these debates in a different light. Forty-seven years on, it's clear that Buckley's conservatism won the political battle — his free-market, anti-government ideas now dominate. Culturally, though, Vidal's values won — not least his libertarian, label-free ideas of sexuality. One imagines Buckley blanching at the right to gay marriage or at the triumph of hip-hop.

So who leaves the greater legacy? At the moment, the nod goes to Buckley, who led a movement that demonstrably changed how America thinks and organizes itself, even if it's hard to imagine any of his writings lasting as more than mere documents. In contrast, Vidal's influence on American life was minor, yet he was a vastly more talented writer, whose novels about our past, like Burr and Lincoln, may give him an enduring fame that will outlast Buckley's.

In the grand historical sweep, the Vidal-Buckley encounter's true meaning isn't really political. Rather, it marked the end of the days when literary figures and public intellectuals still had prestige. Days when writers like Vidal, Buckley, Norman Mailer, Truman Capote and James Baldwin — all men, you'll notice — could actually be regular guests on the Tonight Show. Can you imagine Jimmy Fallon or Megyn Kelly even booking Don DeLillo or Hilary Mantel, let alone caring what they think? I sure can't, although I have high hopes for Stephen Colbert.