Accessibility links
Review: Anna Thorvaldsdottír, 'In The Light Of Air' With flashes of lyricism, a young composer excels at weaving sound textures together to create distinct atmospheres. Hear the album, performed by the International Contemporary Ensemble.

Review: Anna Thorvaldsdottír, 'In The Light Of Air'

Review: Anna Thorvaldsdottír, 'In The Light Of Air' 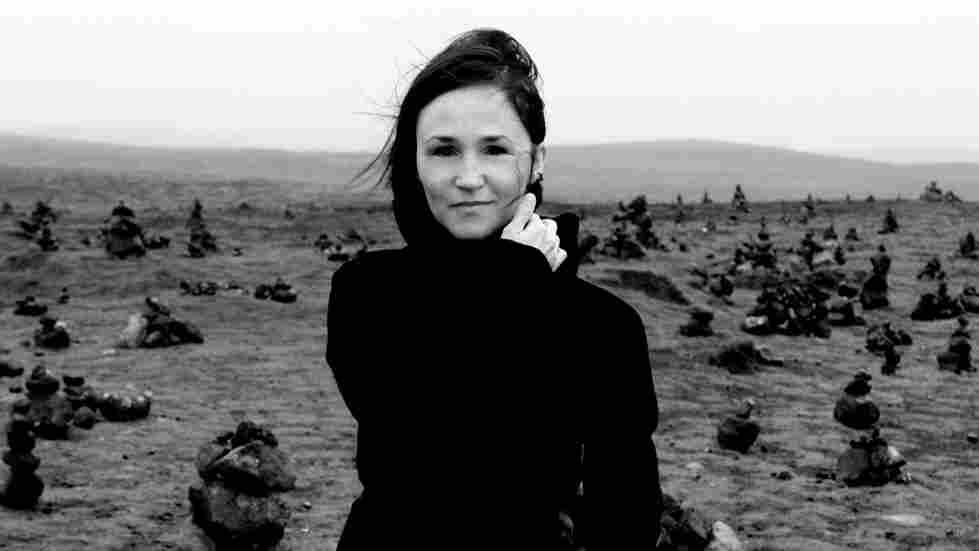 The album might be called In the Light of Air, but it's anything but conventionally light or airy. Instead, this rumbling, evocative music by composer Anna Thorvaldsdottír seems grounded deep in the beautifully austere landscapes of her native Iceland. Don't listen too hard for hummable melodies. While there are flashes of lyrical writing, the composer excels at weaving sound textures together to create distinct atmospheres.

Composed for and performed by members of the International Contemporary Ensemble (ICE), In the Light of Air is a conjoined four-movement suite for viola, cello, harp, piano, percussion and electronics. ICE gave the world premiere in May 2014 at the Reykjavik Arts Festival. The album, released Aug. 28, also includes Transitions, a piece that pushes the solo cello into territory seldom traveled.

In the Light of Air, so cinematic on its own, sports an extra visual component — a kind of electric light orchestra — when performed. Hanging above the musicians is a constellation of light bulbs, glowing and dimming according to the intensity of the music.

"Luminance," the opening section, begins with scratchy, high string tones punctuated by a bass drum, as if a small geyser were spouting steam from deep beneath a volcanic surface. The whole piece could be a soundtrack to Iceland's varied geography.

In the second movement, "Serenity," strings intrude with icy sounds (played sul ponticello, close to the bridge) while a subterranean hum inches forward like some primordial glacier. The cello, droning deep, triggers a slow-moving melody in the third section, "Existence." And in "Remembrance," the final and lengthiest movement, Thorvaldsdottír deploys the klakabönd (Icelandic for "a bind of ice"), a collection of hanging percussion instruments she's designed that look like giant metallic snowflakes but sound like gongs.

Thorvaldsdottír, who holds a doctorate in composition from the University of California, San Diego, is slowly gaining recognition outside Iceland. Last year she released Aerial, a critically successful album on a marquee label, and this year she's the recipient of the New York Philharmonic's Kravis Emerging Composer award.

In the Light of Air might sound like it's the aural soul of Iceland, but lately the piece has been traveling abroad, with performances in Chicago, New York and Washington. This album is a good way to hear the magic of a faraway place and get a sense of a fascinating young composer on the rise.