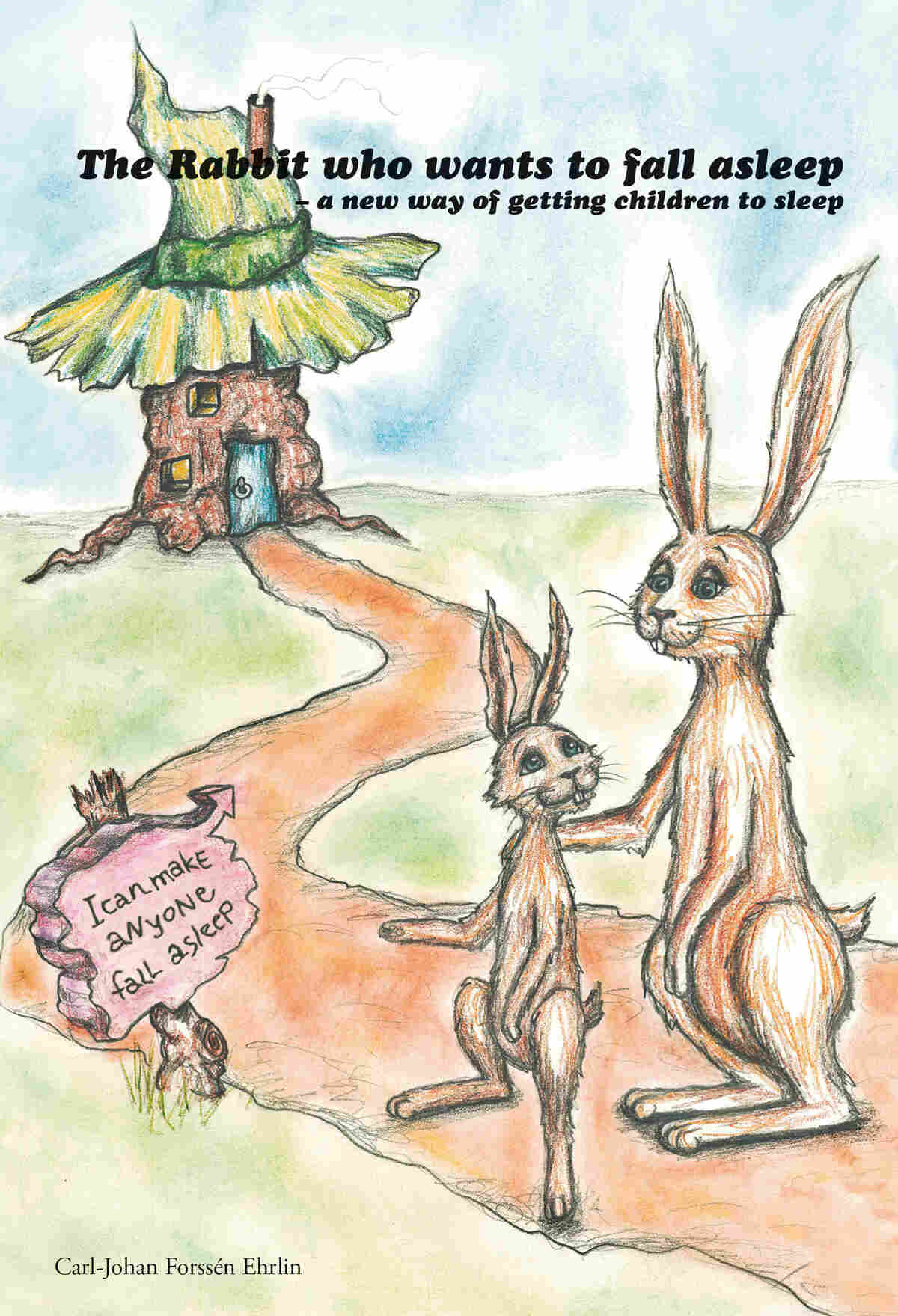 The Rabbit Who Wants To Fall Asleep

A New Way Of Getting Children To Sleep

Every so often, a genuine publishing phenomenon emerges. The latest one is no Harry Potter, but the reason for its meteoric rise to the top of Amazon's best-seller list is self-evident. On the cover of Carl- Johan Forssen Ehrlin's self-published The Rabbit Who Wants to Fall Asleep there's a sign that reads, "I can make anyone fall asleep" — and that's a promise sleep-deprived parents can't resist.

"They will go to anyone or anything that promises them heaven — your baby sleeping," says sleep expert Suzy Giordano.

In the book, Ehrlin, a Swedish psychologist, tells the story of a rabbit named Roger who wants to go to sleep but can't. It's not the most compelling story, which seems to be the point; and it's not just the story that is designed to put a child to sleep — it's also the way the a parent reads the book. It includes instructions about when to emphasize certain words or when to slow down. It even suggests that parents yawn here and there while reading it.

We figured we needed a real child to get a sense of how this might work, so we dropped in on Karen Loeschner as she put her 2-year-old son, Kai, down for his afternoon nap. At first, Kai seemed to be falling under the book's spell. But that didn't last long. He started asking for his truck book and eventually got up to get it himself before climbing back up on his mother's lap. Loeschner gamely continued down the rabbit path, but Kai kept interrupting her and eventually he ran out of the room altogether.

Sleeping Near A Smartphone Can Disturb A Child's Rest

Obviously, the book didn't really work for Kai. And, to be fair, there was a strange woman with a microphone lurking in the background. Even so, his mom says the book just didn't grab him. "No. 1: It's too long. I mean, he's 2, you know? The attention span is not where this book needs him to be. And it's real wordy; there's hardly any pictures, so there's nothing for him to look at. He just sees text."

Giordano says the book is meant to be hypnotic and may work better with older kids. She suggests parents practice reading the book a couple of times and then make it part of their routine. "You know, so the story can flow in the way that it's intended to," she says, "with the understanding that, OK, I'm trying to relax my child to a state of complete calmness so they can fall asleep."

For what it's worth, Loeschner did eventually get Kai to sleep — after reading him two truck books.