Accessibility links
Christian Rich: 'We've Always Done Everything Together' Twin brothers Kehinde and Taiwo Hassan's debut album, FW14, is out now. They discuss stepping out front as producers, their sci-fi influences and even their short-lived career as investment bankers. 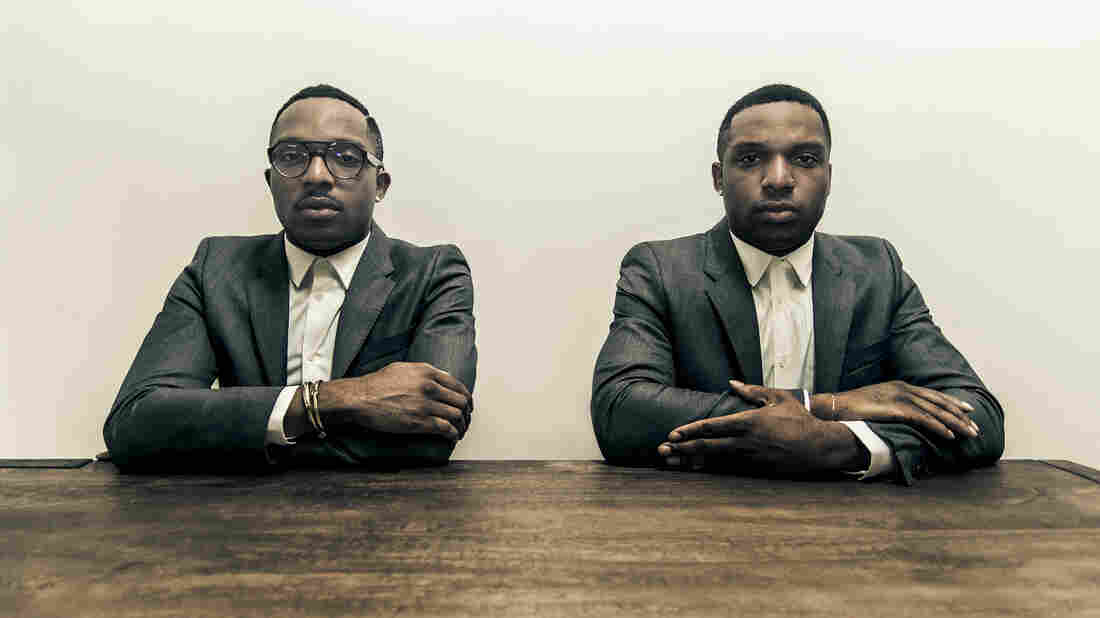 "We've learned so much from this album," Kehinde Hassan (right) says. He and his twin brother, Taiwo Hassan, just released FW14 as Christian Rich. theonepointeight/Courtesy of the artist hide caption

toggle caption
theonepointeight/Courtesy of the artist 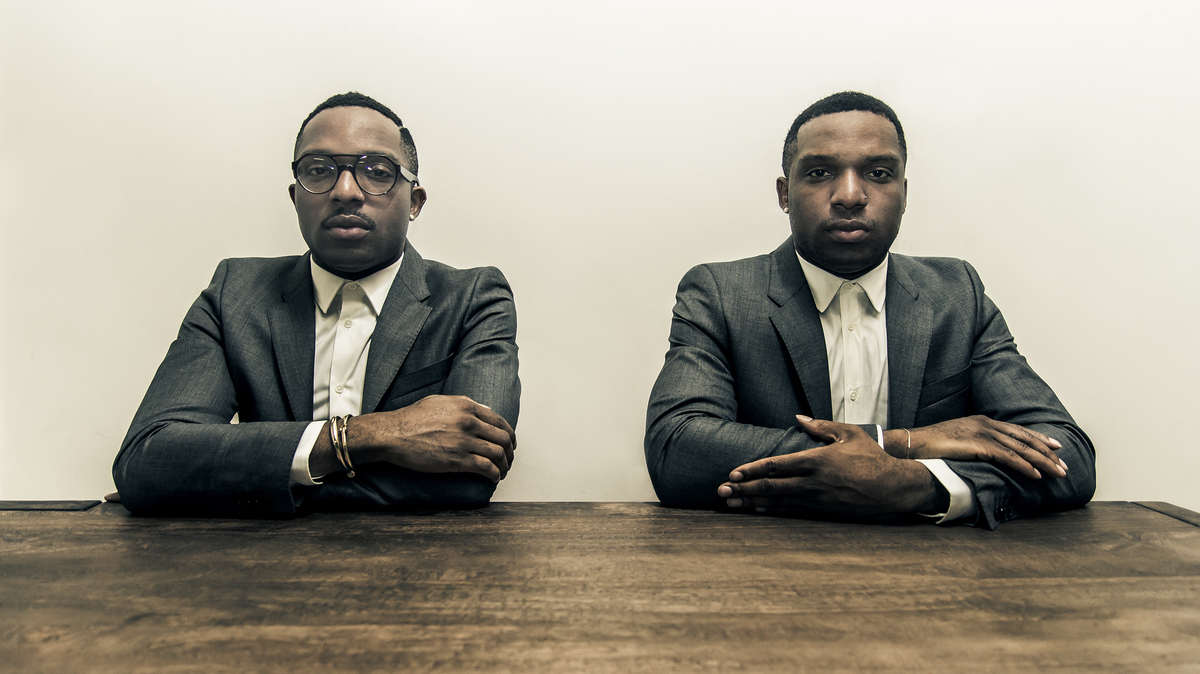 "We've learned so much from this album," Kehinde Hassan (right) says. He and his twin brother, Taiwo Hassan, just released FW14 as Christian Rich.

Taiwo and Kehinde Hassan are the twin brothers behind the production duo Christian Rich. They've worked behind the scenes for more than a decade, producing for artists like Drake, Earl Sweatshirt, J. Cole and Vince Staples. This week, they released their debut album, FW14.

The Hassan brothers recently spoke with All Things Considered guest host Tess Vigeland about their upbringing in Nigeria, their decision to make their own album and their brief stint as, of all things, investment bankers. Hear the conversation at the audio link above, and find an edited transcript below.

Tess Vigeland: This album doesn't fit any one box — we go all over the place. Is it a conscious effort to bring in all kinds of different sounds?

You were born in Chicago, but you moved to Nigeria at a young age. How, if at all, did living there influence your sound?

Our mother always played the best ... By the time we came to the States, we didn't know what "wack" was.

Kehinde: We were just talking about this yesterday. Our mother passed away in 2002, right before our senior year. We were talking about how she had this one white tape that only had, like, four songs on it and it was Michael Jackson, "Working Day And Night," UB40, "[Red] Red Wine," some George Michael record and like Kenny Rogers or something.

So we grew up listening to nothing but pop records. That's all we listened to. And then when we'd hang out at our uncle's and so forth, we'd listen to fuji, which was like—

Kehinde: So our sound — we had limited access to sound, so our mother always played the best. Oh, and Sade. She had a lot of Sade. So she only played the best, so that's all we had in our mind. By the time we came to the States, we didn't know what "wack" was, as far as music, because we didn't have access to that.

So then you come to Chicago when you're still young. How did you view life in America when you came back?

Taiwo: For us, I guess we were a little bit naive and oblivious to it. We weren't thinking about it. When we were kids, we didn't believe we were born in America, because our earliest memory was being in Nigeria, running around, playing soccer or football in the streets. But the one thing that we gravitated toward right away was music. It was hip-hop — like Dr. Dre, Tribe Called Quest and all that stuff.

Twins don't always end up doing the same type of work. But here you are, the two of you — did you always both want to produce music?

Taiwo: Yeah. We always did stuff together, so it was natural. When we got older, we turned it into a business together. We've always done everything together. Same college, same dorm room, same major — it was just, I don't know, maybe we were just bored or lazy.

You know what? We were bankers for a long time, doing investments and stuff right out of college.

You were investment bankers?

There are lots of sci-fi themes on your new album.

Taiwo: So Philip K. Dick is a big influence on us. So we used to watch all his movies and we didn't know who he was — Blade Runner, Minority Report, Total Recall and all that stuff. So we found out later who he was, saw a documentary, did some research, and started reading his books and all that stuff. And he's not just writing books — he's really talking about things. He's opening his mind to the possibilities of something else. That really influences us on a daily basis.

Sci-fi is something that we do every day. I'm watching 10 episodes of The Twilight Zone every day. So the sci-fi theme is because that's what we live everyday. I know it's weird that we're young dudes who like hip-hop and electronic music, but sci-fi is fun to us. because it makes you think about the reality of what's going on right now.

Kehinde: What are we doing here? You know, what is the purpose? Why live Groundhog Day every day? And that's what our album's about.

You've been producing since 2003. You've worked with Lil' Kim, Drake, N.E.R.D. and many others. Why did you decide to put out your own album now?

Taiwo: It was really a necessity. When we were coming up as producers, superproducers were out — like Pharrell, Timbaland, JD, all those different guys — they were out, they were vocalists, they had their own albums and they weren't called compilations. They were their own albums, and they had featured artists. And then I guess artists in the industry felt that the producers were taking too much light, so a lot of guys got pushed to the back.

For us, with the exception of one artist, no one ever put "featuring Christian Rich," except Childish Gambino. You can't depend on that if you're trying to get your voice out — whether it's vocally, or beat-wise, as a producer or artist. So this album just really made sense to come out at this time.

Do you think there will be more straight from Christian Rich, or will you go back behind the scenes?

Kehinde: We're working on the next album right now. We've learned so much from this album — the new sounds already, it's incredible.

Taiwo: It's still gonna be fresh and new, like nothing you've ever heard.