Accessibility links
Spandau Ballet On Its Reunion And 'Looking Outrageous' "It was almost like the background in Britain was black-and-white, and we wanted to be in color," vocalist Tony Hadley says of the band's place in late-'70s London. 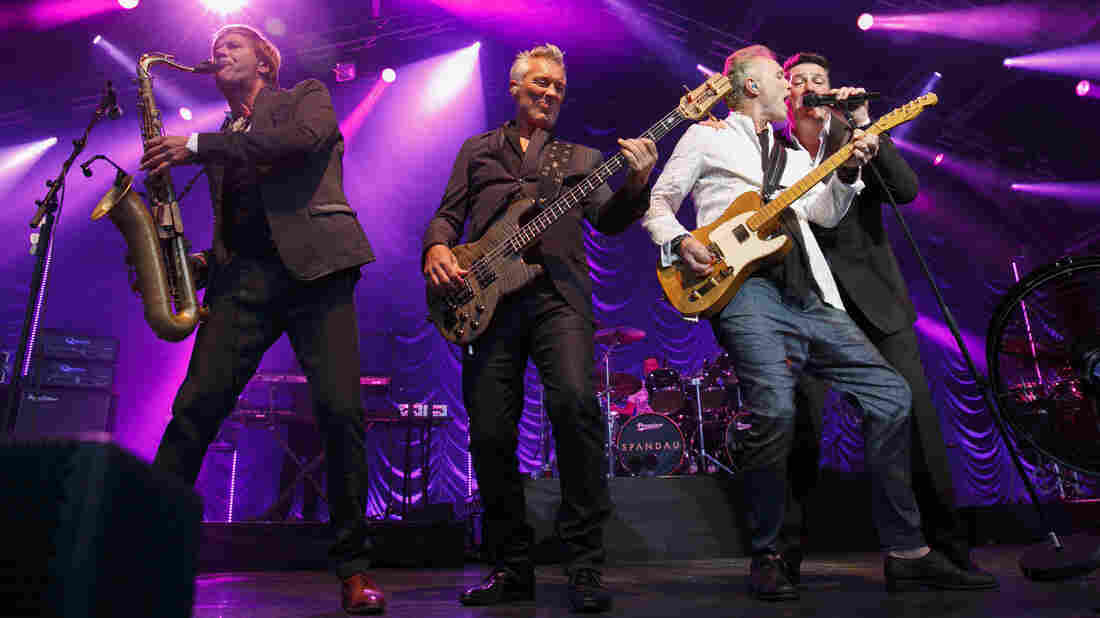 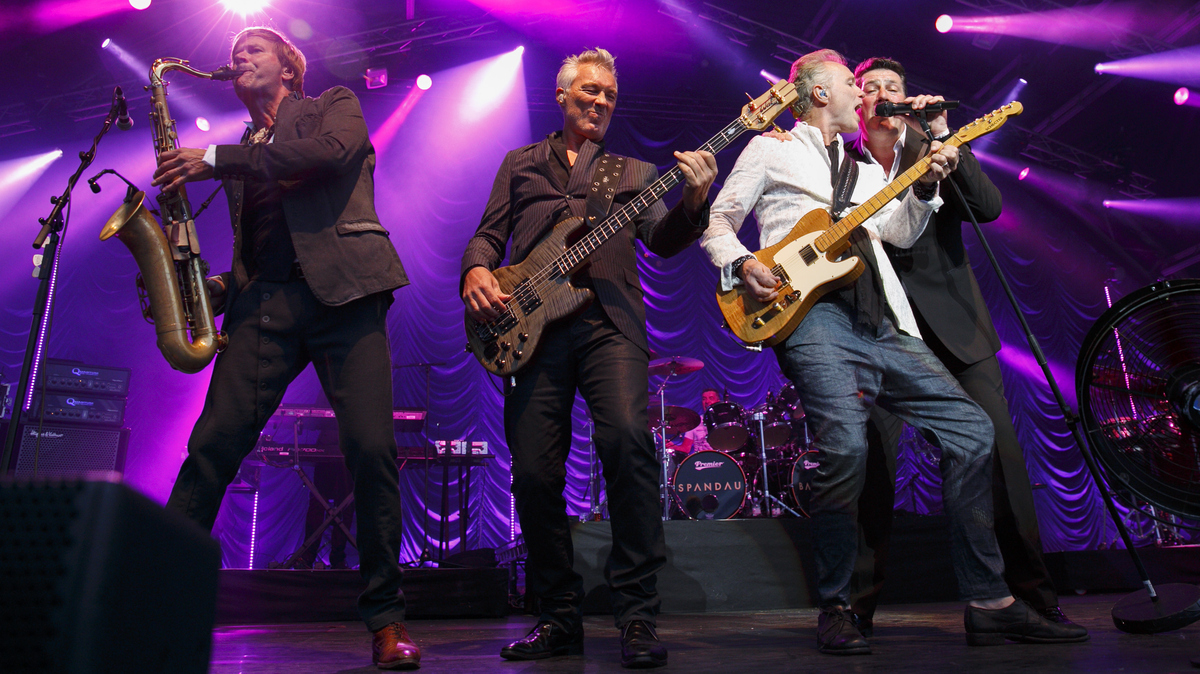 The members of Spandau Ballet were just teenagers when the new-wave band started in late-1970s London. The band gave the world the karaoke staple "True," sold more than 25 million albums, and looked fabulous while doing so. So fabulous, in fact, that journalists dubbed the group "New Romantic."

"New Romantic is a weird name, when I think about it," guitarist Gary Kemp says. "People don't really understand, because they hear a song like 'True' and it's a romantic song. But the New Romantic was a journalistic phrase that came to sum up this post-punk youth culture that was much more about dressing up, looking outrageous. In a way, it was a bit more like the beginning of Goth, I suppose, people wearing frilly shirts. I think the 'romantic' thing came because at that time there was a fashion for some of us guys to wear knickerbocker-type trousers with white socks. It looked a bit Byron-esque. I think it meant Romantic as in Byron, which normally means a bit self-obsessed."

"We've got a documentary out called Soul Boys Of The Western World, and in it you can see what Britain was like in that late-'70s period," vocalist Tony Hadley adds. "I suppose, in a sense, we were the bright young things. It was almost like the background in Britain was black-and-white, and we wanted to be in color. Britain was in a pretty bad way at that point: massive change of government and a new direction. I suppose we wanted to be happy. We wanted fun. We wanted to think there was a good future."

In the audio interview on this page, NPR's Scott Simon talks to Spandau Ballet about the importance of David Bowie, how listening to Frank Sinatra and John Lydon inspired Hadley's voice, Spandau Ballet's bitter (and litigious) break-up, the reunion that followed many years later, and whether the group would ever tour with Duran Duran.

"It's been bandied around a bit," Hadley says. "Who knows? It would be good fun. Who's going to go on first and last, though? That's the problem. That's the fight."