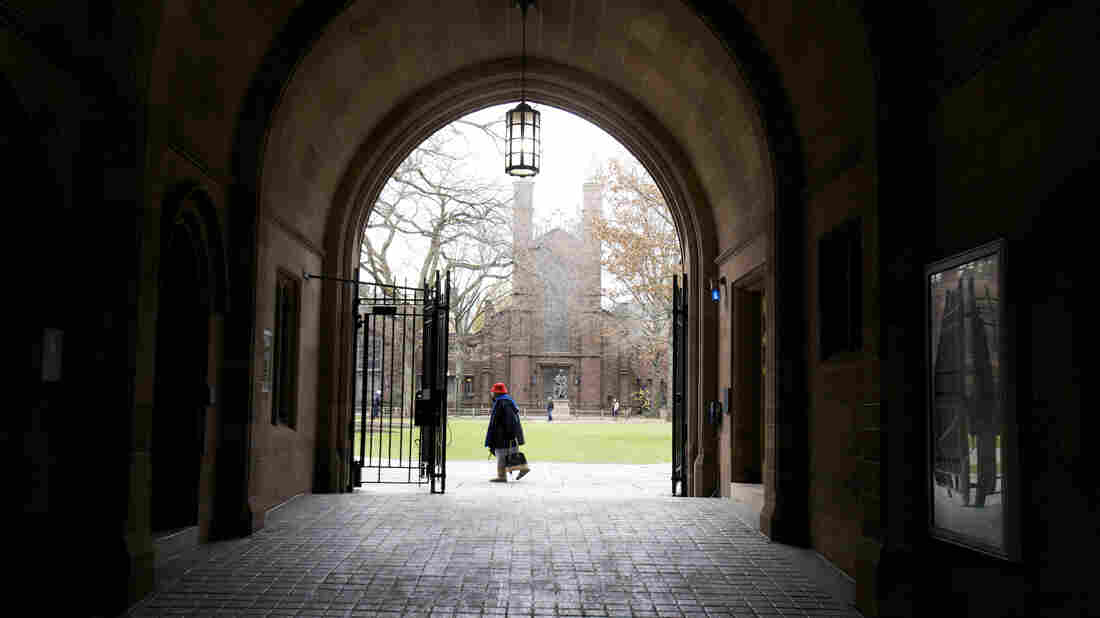 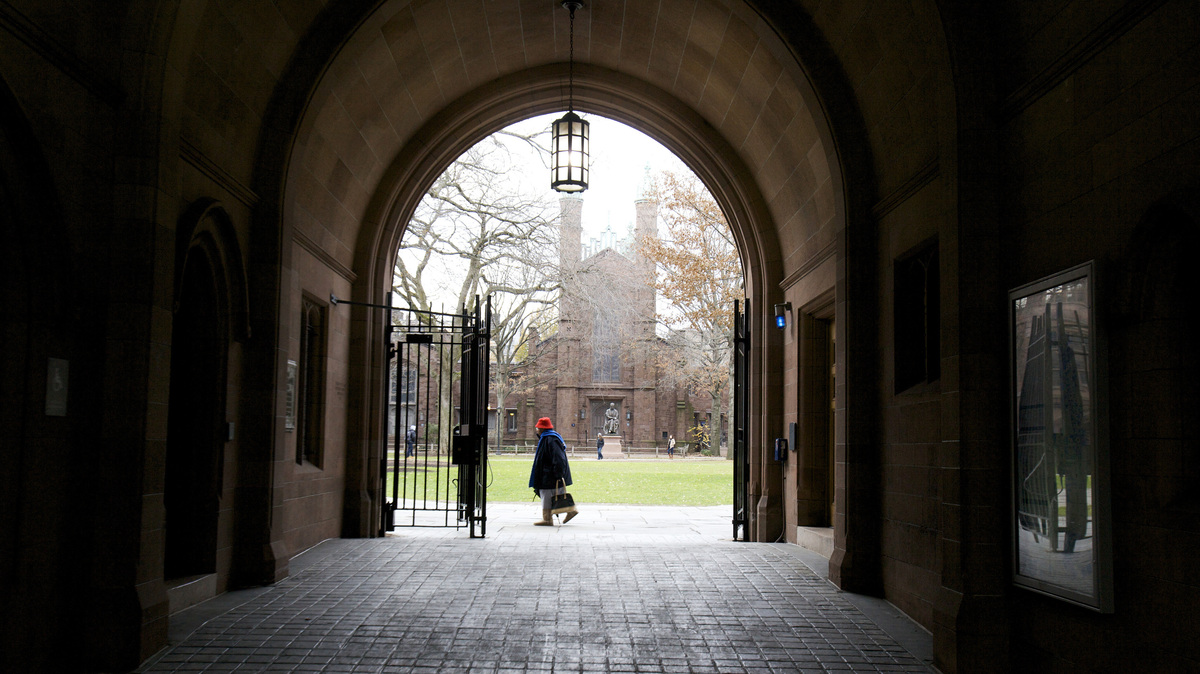 A woman walks through the Old Campus at Yale University. According to a recent op-ed from law professor Victor Fleischer, Yale paid nearly half a billion dollars to private equity managers last year.

In a sharp-elbowed opinion piece in The New York Times this week, Victor Fleischer, a law professor at the University of San Diego, took several big-name schools to task for the ways that they handle their endowments.

Fleischer cited Harvard, the University of Texas, Stanford and Princeton — but he reserved his harshest criticism for Yale University, which he says pays private equity firms $480 million a year to handle its endowment. Meanwhile, he says the school spends only $170 million dollars on financial aid for students — while tuition often rises.

"As some of these endowments grow larger and larger, the group that benefits the most is not students; it's not faculty. It's the fund managers who manage the money," Fleischer says. "The point is: What is the endowment there to serve? The point is to advance teaching and research and scientific inquiry today."

He points to the ways the universities managed their money during the tough financial losses of the financial crisis.

"It's striking that, in those circumstances where you would expect the universities to tap into the endowment for a lot of support, they didn't. Instead, the focus was on growing the endowment back to the previous size."

Fleischer's argument moved Malcolm Gladwell, the author and New Yorker writer, to fire off a barrage of tweets excoriating Yale and the other schools featured in Fleischer's article.

I was going to donate money to Yale. But maybe it makes more sense to mail a check directly to the hedge fund of my choice.

"I've gotten increasingly incensed at the inequality in American higher ed," Gladwell tells NPR's Scott Simon. "There's a handful of schools that just have too much money."

Yale supplied NPR with a statement saying their endowment provides $1 billion a year — or fully a third — of Yale's budget, which they say is much greater than the revenue they get from student tuition. And they say that more than half of their students receive financial aid.

But that argument doesn't persuade Gladwell, who finds fault not with how the money is spent, but the sheer amount the institution has accumulated.

"Do you need $26 billion to provide that level of service?" he says. "Is our educational system better or worse off for having a small number of schools with a massive amount of money, and a very large number of schools who are hurting?"

On his reaction to Yale's response

It's absolutely the case that Yale's doing fine. I'm not questioning that at all, and they're able to do great things with their money — you just have to walk through the Yale campus to see what money will buy you, which is a country club, right? Extraordinary facilities.

But we have to look at this in the big picture: There are tons and tons of other students at other colleges who are carrying enormous debt loads through their 20s and even into their 30s because school has gotten so expensive.

I think they have to stand up and say, at the very least, "We do not deserve to have tax-exempt status for our endowments."

It's one thing if a school has an endowment of $500 million that they are stretching a million different ways to meet the needs of its students, to say that as a society, we should allow them to escape taxes so they can spend their money on education. That logic does not hold when you've got $35 billion in the bank, as Harvard does.

I'm happy to subsidize as a taxpayer things that I think are a worthwhile use of my money and things that I think advance the general cause of happiness and social justice in this country. I don't see why I should be subsidizing the $26 billion endowment of Yale so they can afford to spend half a billion dollars each year paying their hedge fund managers. That's the issue: It's our money!

A fascinating look at how taxpayer subsidies for higher Ed vary by institution. https://t.co/Gfcv9Nu9fV