Accessibility links
Interview: David Vine, Author Of 'Base Nation' David Vine's new book argues that the hundreds of U.S. bases in other countries come at a high cost, both at home and abroad. He suggests reducing such bases and increasing diplomatic engagement. 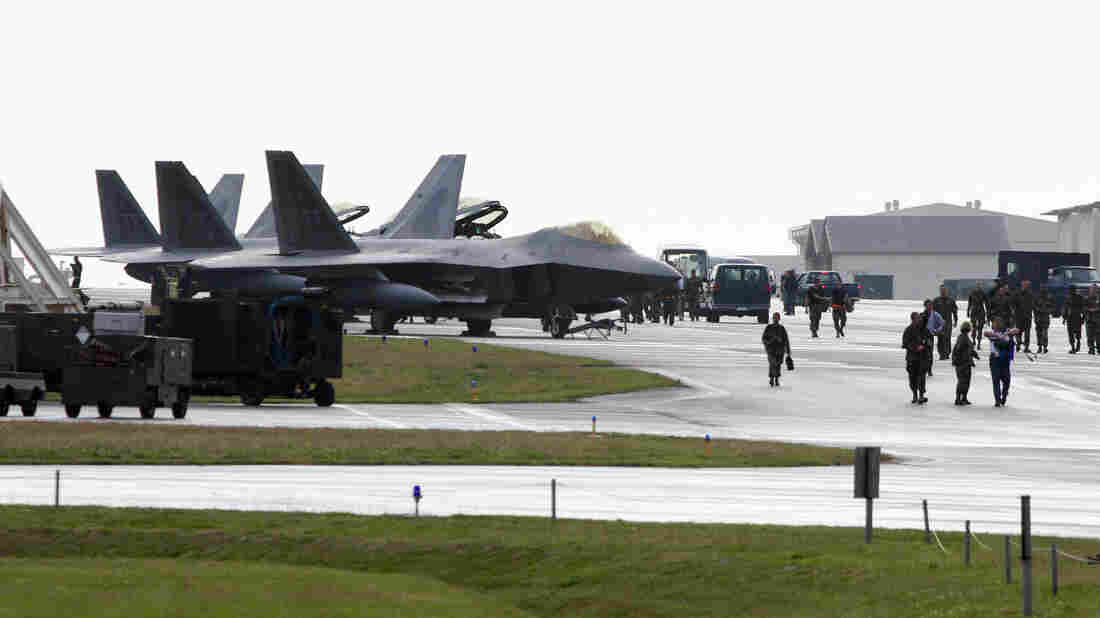 U.S. Air Force F-22 Raptors are seen parked at Kadena Air Base on the island of Okinawa in Japan. The U.S. military established a presence on Okinawa during World War II. Yoshikazu Tsuno/AFP/Getty Images hide caption 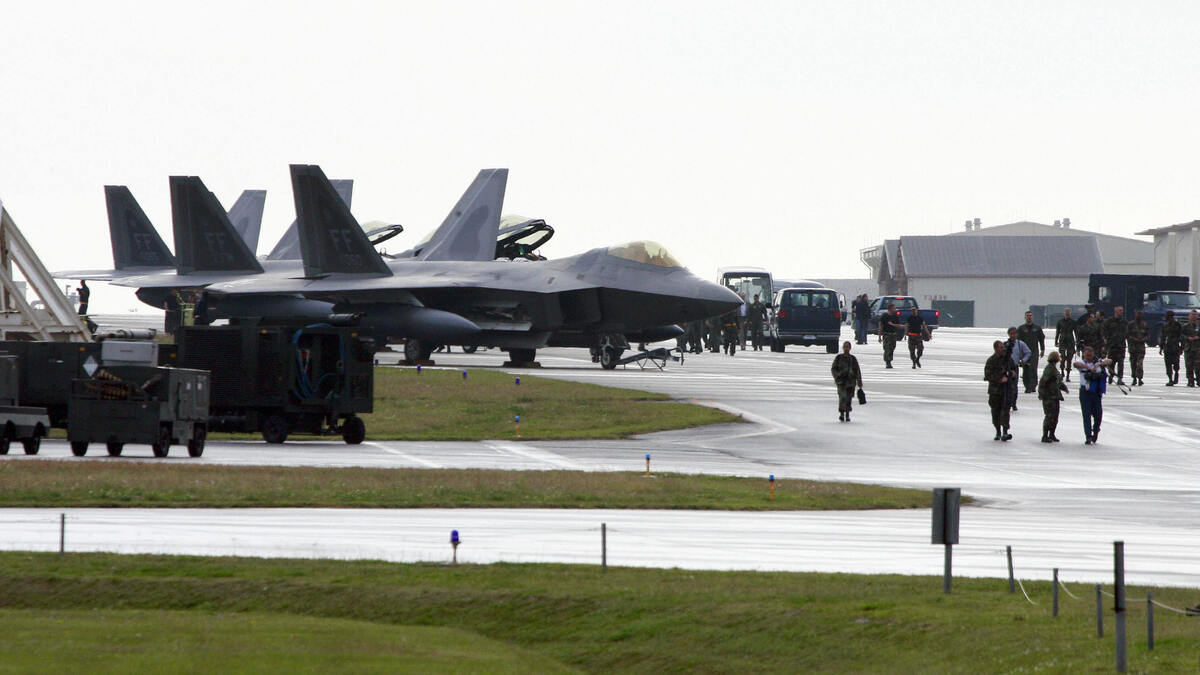 U.S. Air Force F-22 Raptors are seen parked at Kadena Air Base on the island of Okinawa in Japan. The U.S. military established a presence on Okinawa during World War II.

The U.S. has around 800 military bases outside of the nation's borders. They're home to hundreds of thousands of troops and family members, and, in many cases, they're a cause of controversy.

David Vine, an associate professor of anthropology at American University, argues that we've become too dependent on such overseas bases — and that many of them cause serious opposition abroad. He lays out his thinking in his new book, Base Nation: How the U.S. Military Bases Abroad Harm America and the World.

Most of the bases were established during or shortly after World War II. And ever since, Vine says, there have been pockets of local opposition.

"I think there were tensions almost immediately in Germany and Japan, in particular, where these bases were helping U.S. troops and allied troops to occupy the enemy territory," Vine tells Weekend All Things Considered guest host Tess Vigeland.

He argues that the U.S. ought to take those protests seriously. 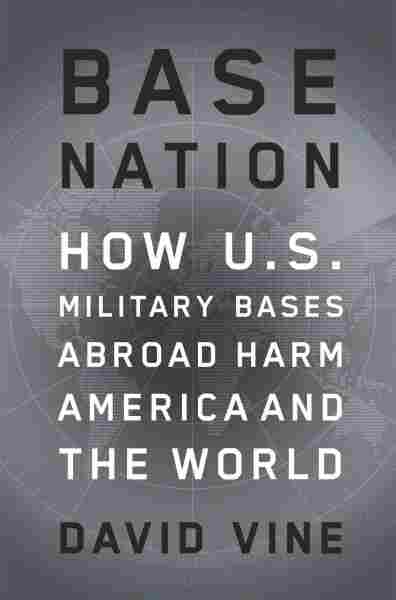 How U.S. Military Bases Abroad Harm America and the World

On why other countries want to kick out U.S. bases

Largely, people of course don't like their land occupied by foreign troops — and I think it's worth thinking, for American audiences, to think about how it would feel to have foreign troops living next door, occupying your land with tanks. ... There have also been a number of harms that these bases have inflicted on local communities — there have been accidents, crimes committed by U.S. personnel, environmental damage — a whole range of damage that people were quite upset about.

On whether the U.S. needs to have so many foreign bases

I think that's a question that many are asking, and I'm pleased to report that ... this is one of the rare bipartisan issues where there are people across the political spectrum asking whether we need 800 military bases outside the United States, in an era where technological advancements have allowed the U.S. military to deploy forces from the continental United States just as quickly as from most bases overseas, whether we really need these bases which are extraordinarily costly compared to keeping U.S. troops in the United States.

On the possibility of closing all of the bases

The book is not initially calling for the closure of every U.S. base overseas. It's calling for, first of all, a conversation about this massive network of bases and whether they're increasing national security or the security of the world. It's important also to point out that a major way in which the United States engages with the rest of the world is through these military bases that are occupying other people's lands. And I think a fundamental transition needs to take place now to emphasize increasingly diplomatic engagement rather than military engagement.