Accessibility links
Yo La Tengo: Morning Edition's In-House Band For A Day "This morning thing's not really working for me," says guitarist/vocalist Ira Kaplan. Well, too bad. Yo La Tengo played the music you hear between stories live. 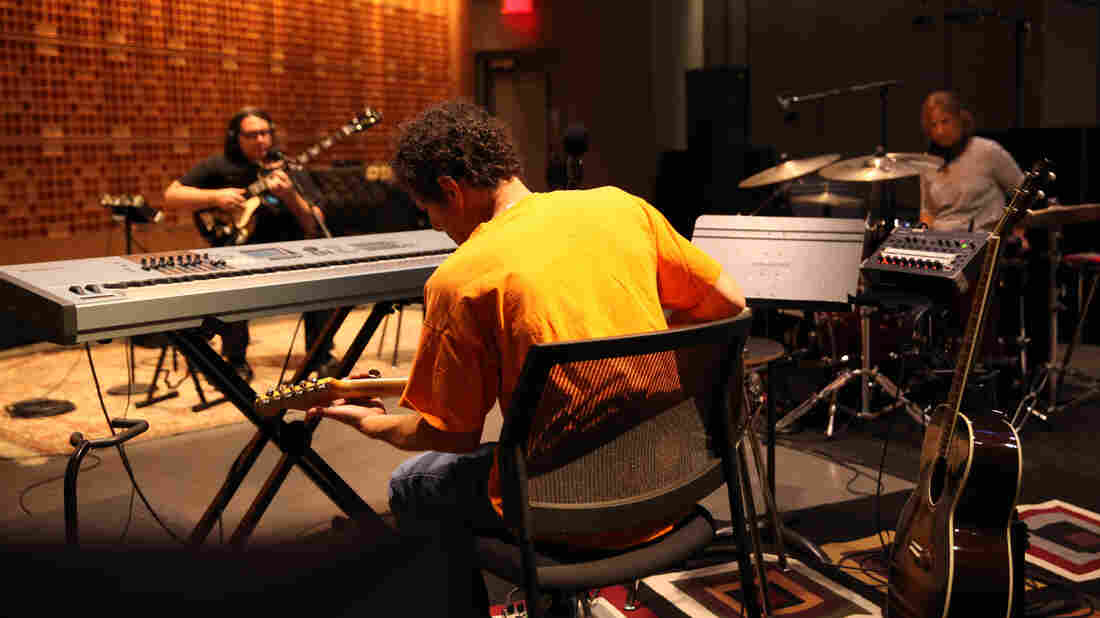 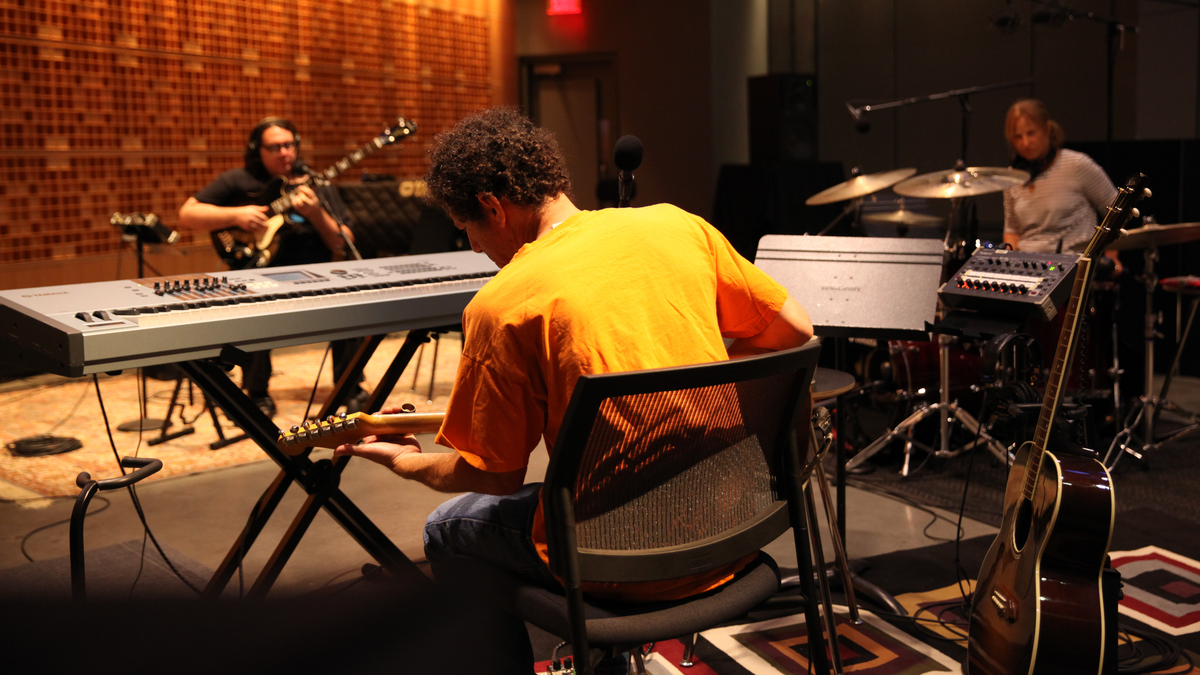 Yo La Tengo plays the music you hear between Morning Edition stories in Studio 1.

First Listen: Yo La Tengo, 'Stuff Like That There'

Listen to the show.

When listeners aren't writing to NPR to comment on a story, they mostly just want to know what music was played between segments. We call those buttons or breaks or deadrolls, and they give a breath after reporting a tragedy, lighten the mood after you most definitely cried during StoryCorps, or seize a moment to be ridiculously cheeky. How could you not play Katy Perry's "Hot N Cold" following a story about why women shiver in the office?

Lindsay Totty, who directs Morning Edition, listens to the stories on the show and chooses the music.

"I look for what the emotional tone of each story is, but I'm also looking for a certain kind of cultural context," he says.

Totty says that in the course of a 30-year career, Yo La Tengo's music has covered a lot of cultural contexts, making the band a go-to for music buttons between stories. It also doesn't hurt that "they sound like six bands at once," he adds, using everything from the country twang of "Pablo and Andrea" to the heavy hard rock of "Big Day Coming."

That's why the long-running group took a train from Hoboken, N.J., to NPR headquarters in Washington, D.C., to be the in-house band for Morning Edition on Tuesday, Aug. 25, playing all those music buttons live between stories.

When NPR's David Greene asked guitarist/vocalist Ira Kaplan if Morning Edition has ever used a Yo La Tengo song the wrong way, he replied, "I'm mostly angry that you're on so early. This morning thing's not really working for me."

Yo La Tengo: 'When We Let The World In, It Can Be So Profound'

Yo La Tengo: 'When We Let The World In, It Can Be So Profound' 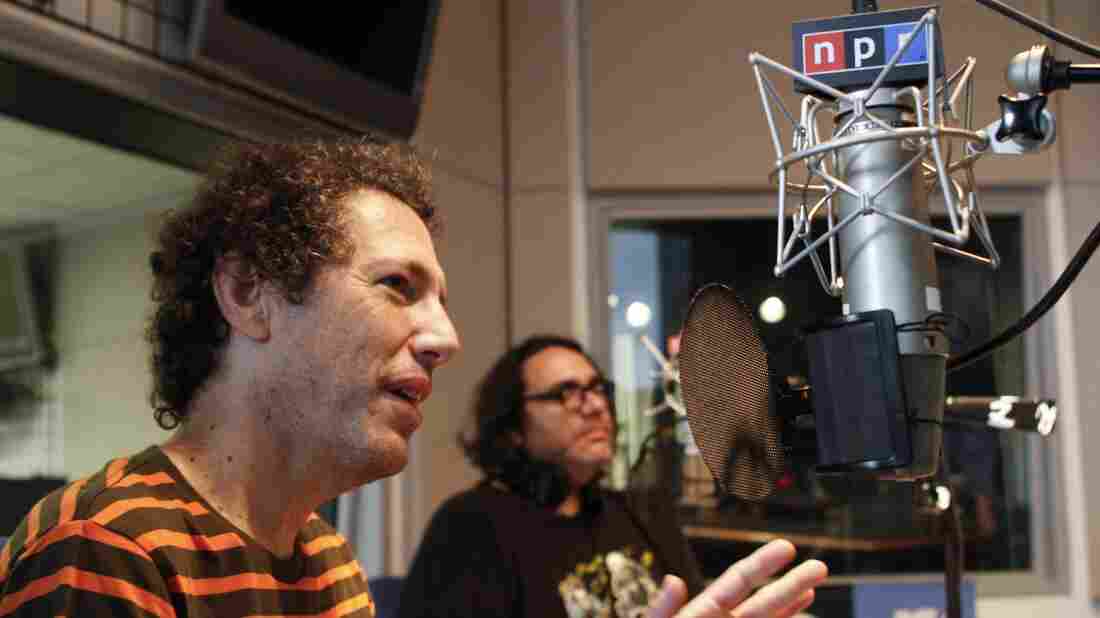 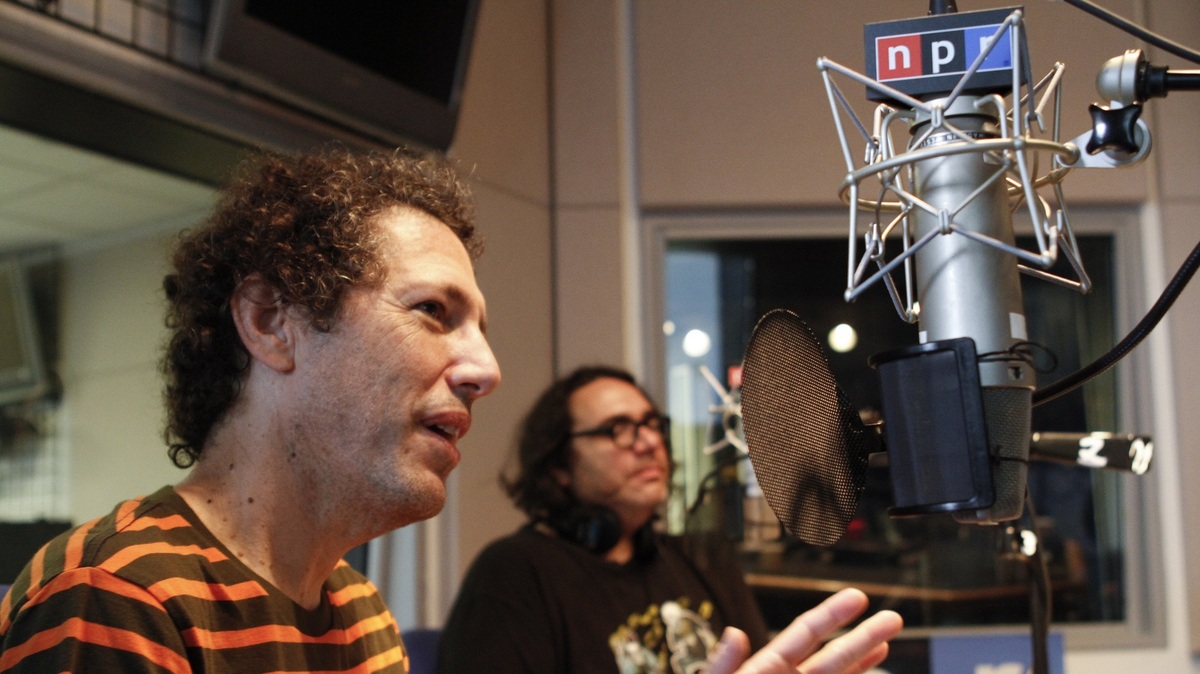 First Listen: Yo La Tengo, 'Stuff Like That There'

It can take years for a musician to discover his or her voice. But in the meantime, they find themselves by discovering the music of other artists. With a wide-ranging catalog spanning 30 years, Yo La Tengo is its own band, but the trio has become just as noted for its huge repertoire of cover songs.

Yo La Tengo's new album, Stuff Like That There, features covers from the well-known (Hank Williams, Cat Stevens, The Cure) to the obscure (Antietam, The Special Pillow). Before serving as Morning Edition's in-house band, they sat down with NPR's David Greene to talk about adapting to other artists.

Did you all have a goal in mind when you took "Friday I'm in Love" by The Cure into the studio?

Ira Kaplan: I'm not sure we were going for anything specifically. I think the sound of Georgia singing that song — we all respond to that and wanted to play in a way that was supportive of her. In fact, when we were recording it, it actually took us a little bit of trial and error. At first, Dave Schramm was playing electric guitar, as he does on every other song on the record, but it was just too big, so we just pulled it back and pulled it back until we felt we were in sync.

So is it often that Georgia sings it [with] you guys figuring out what mood and personality's coming through and beginning to build the song that way?

Kaplan: I think, certainly in the case of this record, probably more than most records. Because most of our songs, the ones we write, begin with us just jamming, so the singing may not even occur in the initial jam. Invariably, the song will have a mood before anybody starts singing. But this time, because we were working off specific songs that we were trying, we were very quick to adapt to the sound of the singing. That was part of our performance much earlier than the original songs.

Yo La Tengo is known for covers. Why is that?

James McNew: I think before we even knew what the term "playing covers" meant is how we all came to play our instruments in the first place, when we were kids and playing along to records. We'll learn cover songs for specific cities; we'll learn them for specific people who might be in the audience. Any occasion we can do it — taking someone else's song and performing it yourself instantly changes the perspective and instantly changes the emotional resonance of the song.

Georgia, how did you find this song by Antietam, "Naples," and why did you all decide to cover it?

Georgia Hubley: Well, we are friends with Antietam, who are actually a band very close to us because we literally formed at the same time 30 years ago. We actually played our very first concert together at Maxwell's. It's no longer, but it's in Hoboken, N.J., where we rehearse and have been for a long time. That record that that song is on by them — Ira and I actually produced that record ... sort of. [Laughs.] 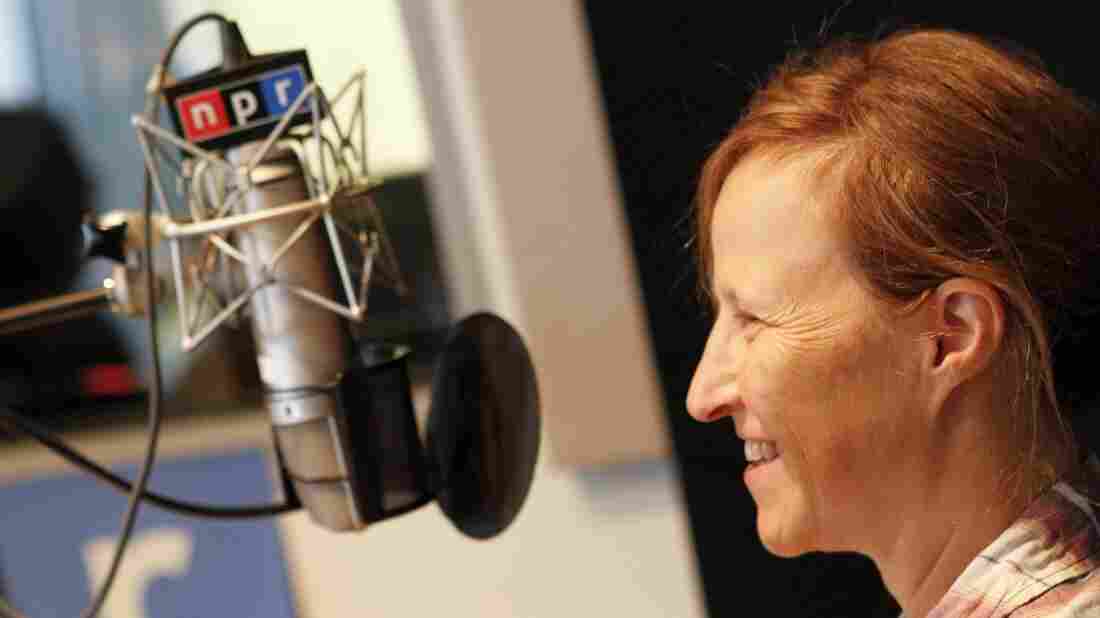 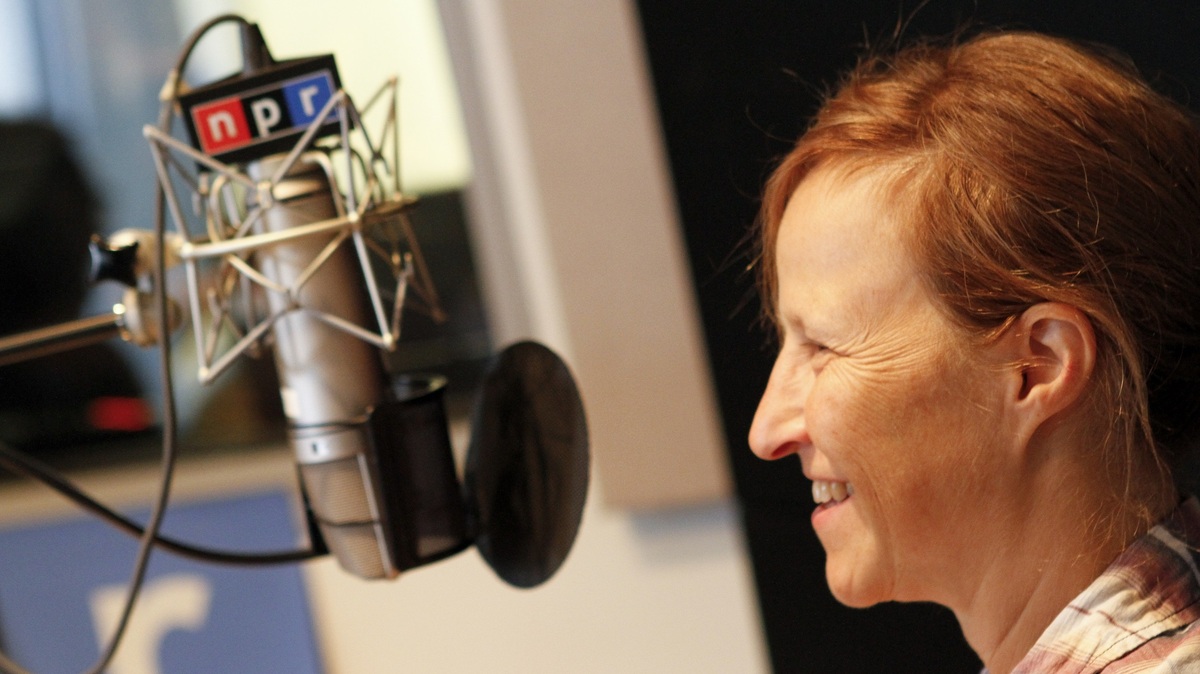 You have some songs on this album that you wrote and recorded a while ago and decided to re-record. What made you want to take those songs back into the studio and do them again?

Kaplan: When we record a record, we don't think about how we're going to play the songs live. We just record the song the way we want it to sound. And then when we're done, we try to figure out how we can possibly play it live. In doing that, the songs take on a life of their own. When we toured on our last album, Fade, we divided the show into two sets: a quiet set and a loud set. We started taking songs from the loud set and reworking them so they'd be in the quiet set and vice versa. We're always tinkering with the songs and love the idea of approaching them from a different angle.

It's almost like a song is an unfinished piece of art that you keep working on. 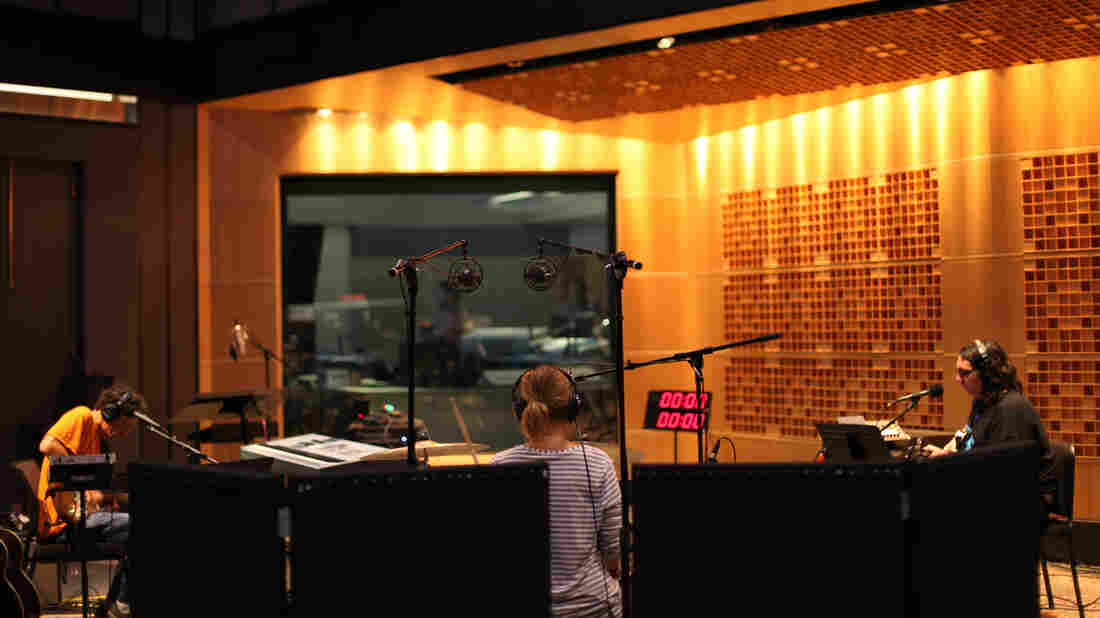 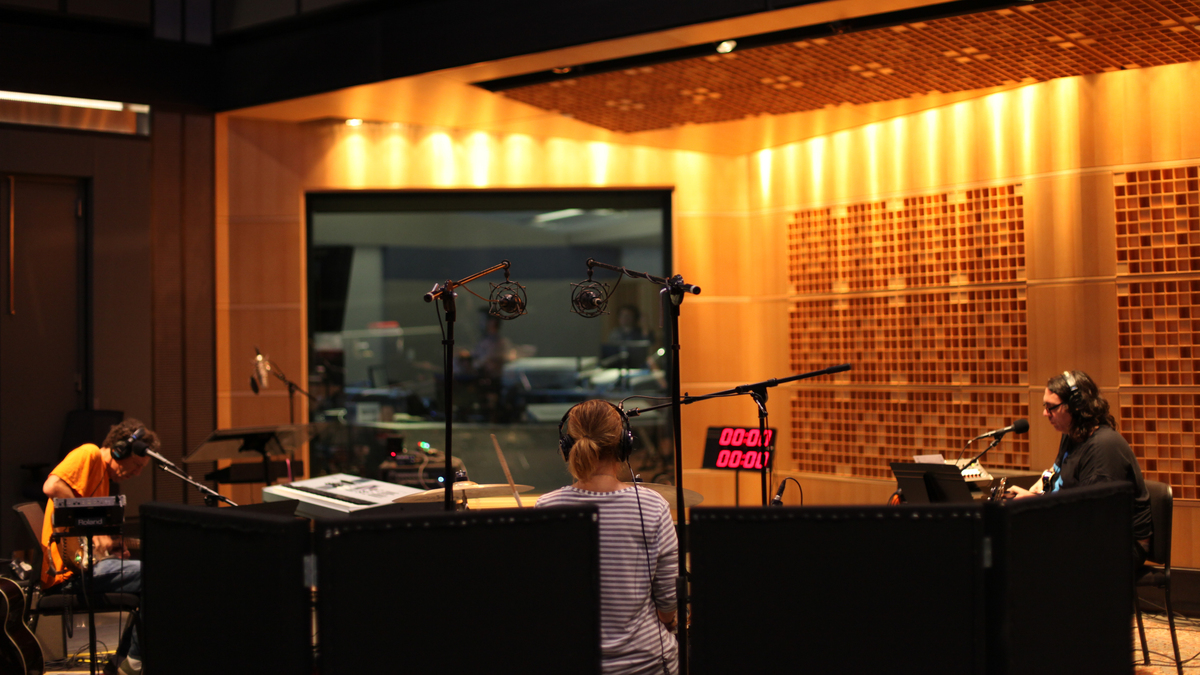 It's such a rare opportunity for NPR listeners to hear from a band whose music they hear often on Morning Edition. I just wonder, is there a particular song that you would love to hear with a particular kind of story that might be on our show?

Kaplan: Obviously, that's a hard question to answer, because none of us are answering it. I think one of the ways we have continued is by not projecting things like that. We got an email just this week from somebody that got married and one of our songs — maybe they walked down the aisle, but it was the wedding song. That has happened on a number of occasions, and it's great. But he also picked a song that nobody has ever told us they used.

What song was that?

Kaplan: Oh, it was "Return to Hot Chicken." We spend a lot of time, the three of us, interacting just as three people oblivious to the world around us. But when we let the world in, it can be so profound.