Accessibility links
At A Shelter Of Last Resort, Decency Prevailed Over Depravity Ten years ago, 25,000 people huddled inside the Morial Convention Center in New Orleans seeking shelter from Hurricane Katrina. The fiasco there came to epitomize the chaotic, inadequate response. 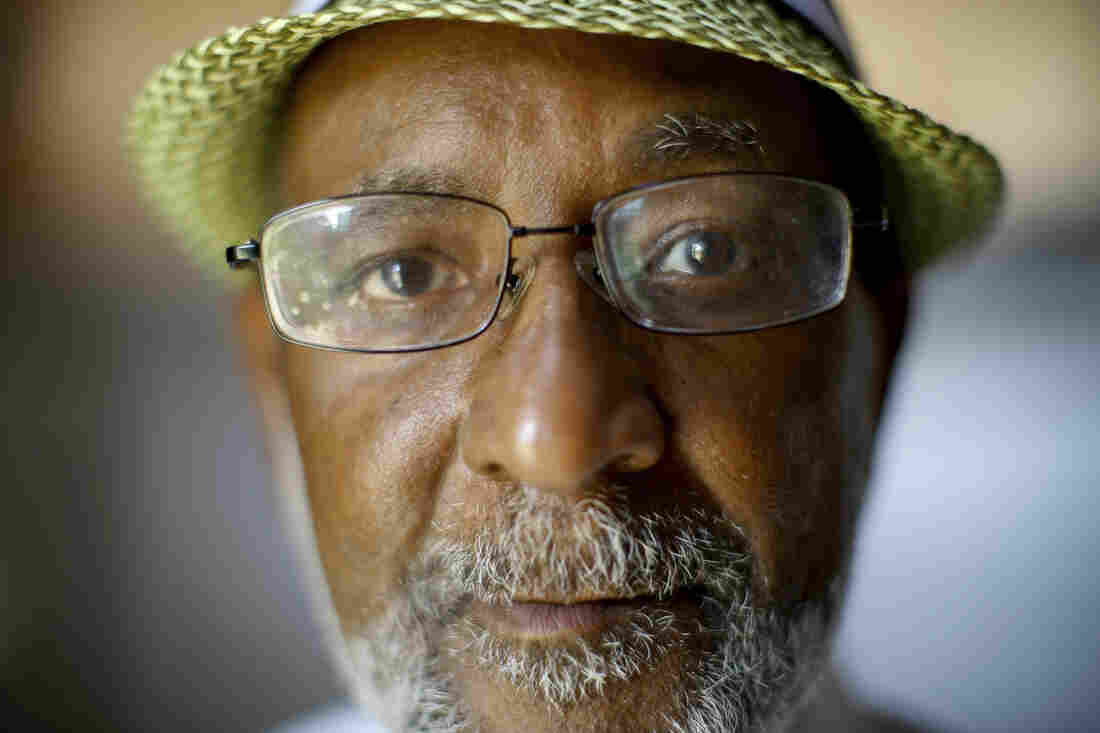 Johnny Jackson fled from the rising waters of Hurricane Katrina 10 years ago and found refuge along with thousands of others at the Ernest N. Morial Convention Center in New Orleans. Jackson is still finishing the repairs to his home, which was severely damaged during flooding. David Gilkey/NPR hide caption 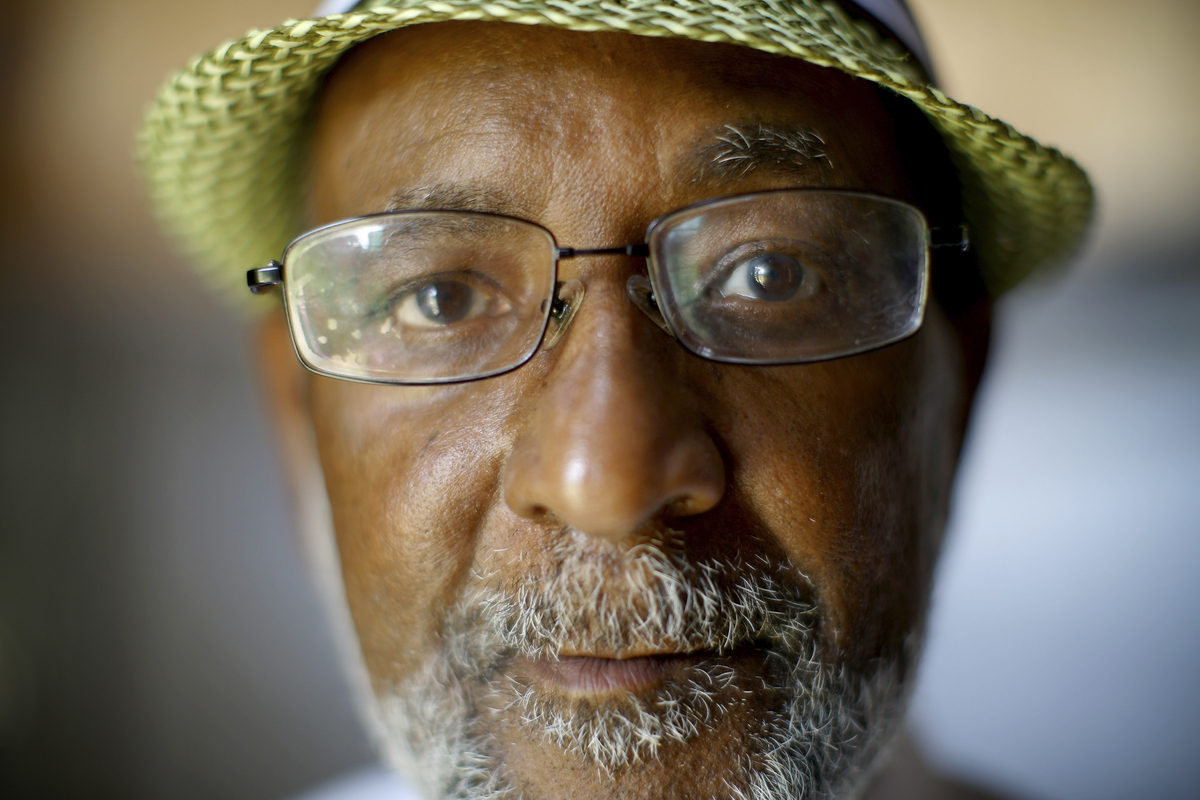 Johnny Jackson fled from the rising waters of Hurricane Katrina 10 years ago and found refuge along with thousands of others at the Ernest N. Morial Convention Center in New Orleans. Jackson is still finishing the repairs to his home, which was severely damaged during flooding.

They couldn't send them to the Superdome, which was already overcrowded and squalid. Yet more and more people were emerging wet and bewildered from their flooded neighborhoods with nowhere to go. Officials later estimated that 25,000 people were huddled inside the vast convention center — the length of four city blocks — and on the sidewalk. Day after day they waited for buses, but no one came. The fiasco at the convention center came to epitomize the disorganized, inadequate response to the disaster by local, state and federal officials.

Conditions at the convention center were worse than those inside a third-world refugee camp. Throngs of people were thirsty, hungry, hot and filthy. Babies in soiled diapers wailed. Old people slumped in wheelchairs.

Families were camped out inside the handsome building — which a few days before had hosted the Wheel of Fortune game show. They tried to maintain their dignity as they gagged from the stench of raw sewage that had soaked the carpet.

Last month, 10 years after the epic storm, Jackson sat down for an interview and listened to that recording of himself at the convention center.

"Yeah, that bring back memories," he says, his voice husky. "Bring back real memories. Mmmh. Probably one of the most depressing moments."

It's been a rough decade for Johnny Jackson. Now 71, he has suffered a stroke, diabetes and cancer. He still meets his brothers at the Zulu Social Aid & Pleasure Club and volunteers for community improvement projects. After the storm, he moved to McKinney, Texas, though he comes back to New Orleans all the time.

Jackson is asked what he learned from that traumatic experience.

"Normally one would think that that kind of situation would bring out the worst in people," he recalls. "But in this case, it was completely the reverse. I think everybody recognized they were in the same boat. And I saw more of a lookin' out for each other rather than preyin' on each other."

It seemed that decency prevailed over depravity.

Hotel employees across the street from the teeming masses came out every day to grill hot dogs and hamburgers and pass them out. Jackson says young men who found water bottles took what they needed and distributed the rest. When people broke into the Riverwalk Marketplace mall next door, they took one pair of sneakers and gave away two more.

At the time, several evacuees described personal encounters with marauding gangs of young men who terrorized people in the convention center. But the widely circulated reports of the rape and throat-slashing of a young girl in a bathroom, and of bodies stacked in a walk-in refrigerator simply never happened. Authorities later called them "emotional hallucinations."

"The other thing I learned was simply that sometimes you can't believe all you hear," Jackson says.

'It Really Changed My Life'

The microphone was magnetic on that afternoon of Sept. 1, 2005, on the sidewalk in front of the building. People pressed in to tell the world they were stranded and this was not supposed to happen in the world's richest country.

A man with gold caps on his teeth, a baby in his arms and wildness in his eyes walked up to the microphone.

He was Kevin Goodman, a house painter and Mardi Gras Indian chief. Goodman is now 55. He still paints houses and masks with the Flaming Arrows. He is gradually moving back to New Orleans from Austin, Texas, where he was evacuated after the storm.

"You know, everybody there just felt like trash, like part of the garbage that was there," he remembers, "because that's the kind of impact it left on us. It was like we was left for dead." 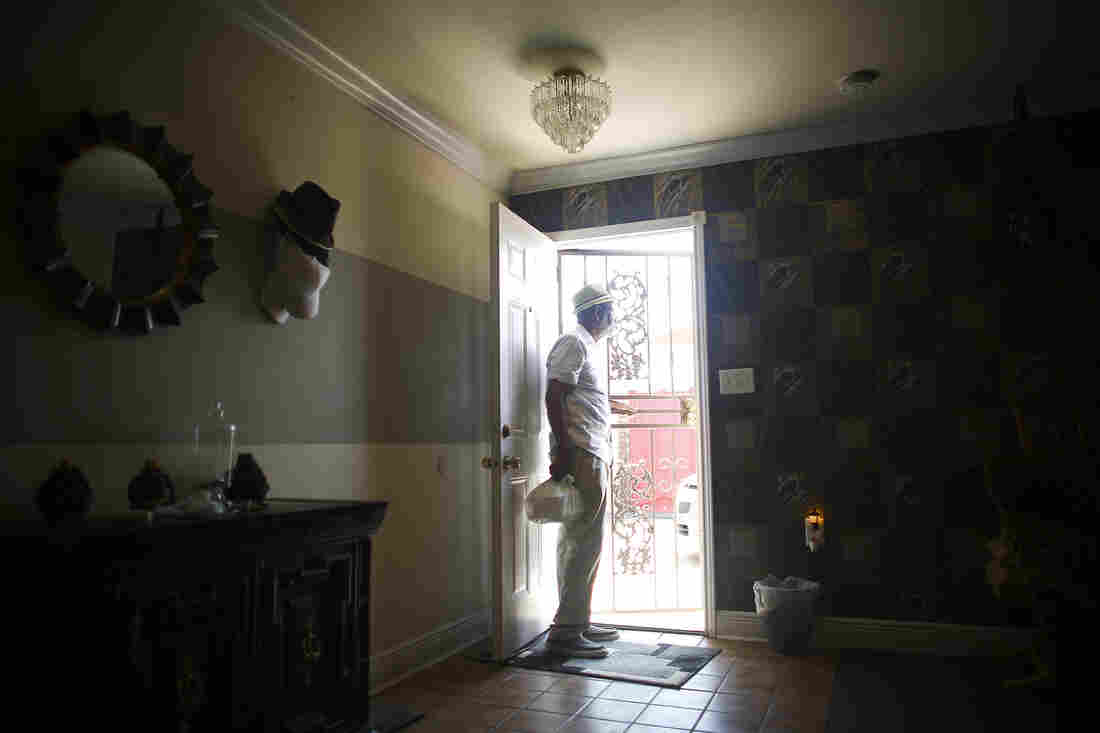 Johnny Jackson looks out the back door of his home as he talks to his neighbors in New Orleans. Jackson's home is still under construction 10 years after Hurricane Katrina nearly destroyed his property. David Gilkey/NPR hide caption 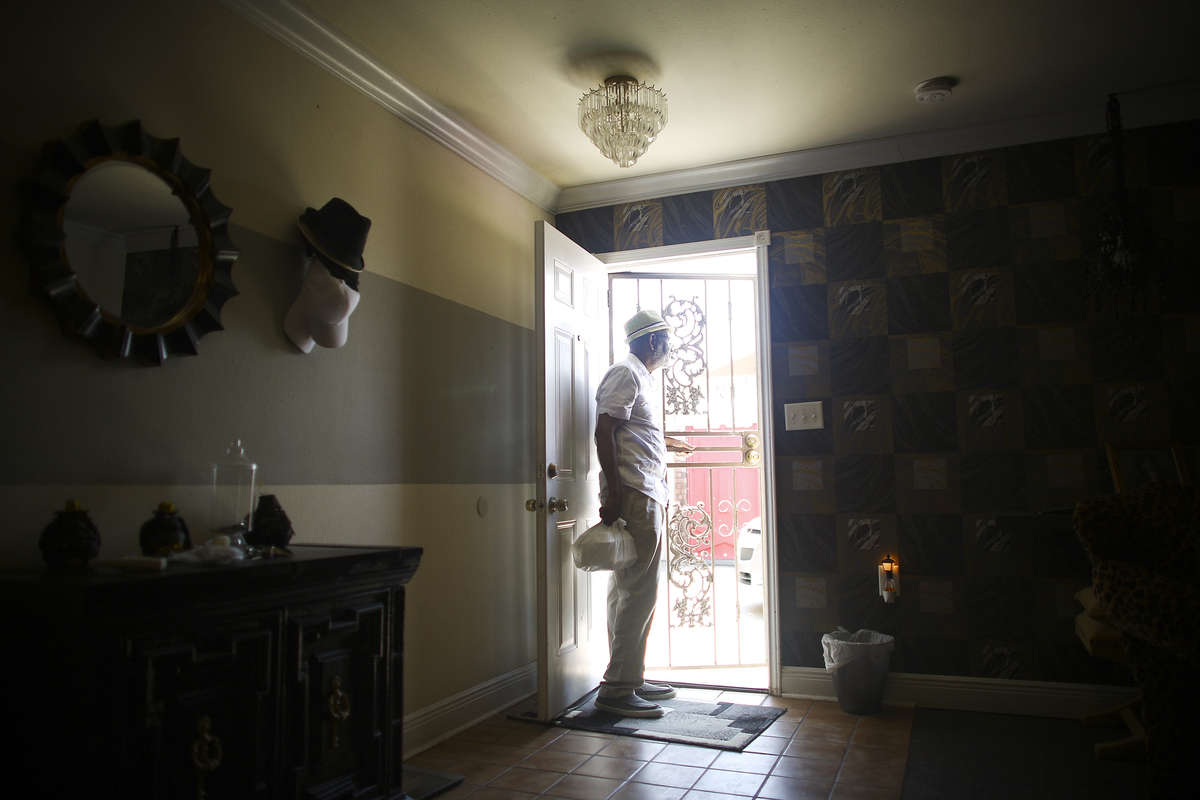 Johnny Jackson looks out the back door of his home as he talks to his neighbors in New Orleans. Jackson's home is still under construction 10 years after Hurricane Katrina nearly destroyed his property.

Goodman says things were never the same for him after the five days he spent with his family sleeping on a piece of carpet outside the convention center.

"You know, it really changed my life because it really let me know how important life was. You can't take life for granted. Every day you have to value life. And I don't value material stuff as much as I did before the hurricane," he says.

The city of New Orleans has a new hurricane protocol. In the event of a mandatory evacuation, citizens who can't get out of town on their own should gather at one of 17 evacuation pickup points. The city will move them to a staging area where buses are supposed to take them to shelters out of town.