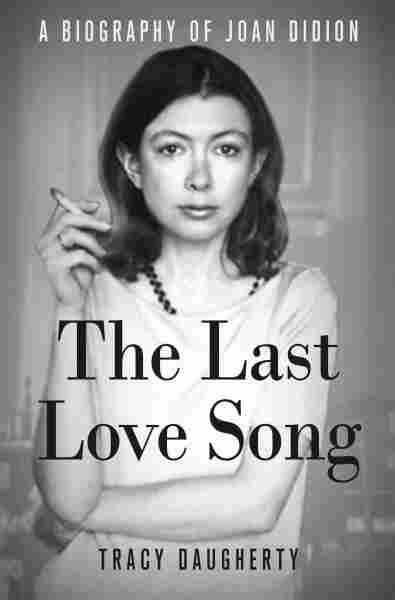 A Biography of Joan Didion

"Our responses to [Joan Didion's] persona tell us less about the woman behind the books than about ourselves," writes Tracy Daugherty in his new biography of the legendary author, and he couldn't be more right. She was a conservative in the 1960s, whom liberals believed was one of their own. Some of her fans admire her skeptical takes on the entertainment industry and politics, but she's had close friends in the Hollywood and Washington crowd for decades.

That's not to suggest there's anything hypocritical about Didion; her genuineness and raw honesty are part of the reason that she is, quite possibly, America's greatest living writer. But she's long functioned as something of a mirror for whoever picks up her books; we can read into her work almost anything we'd like. This, combined with her semireclusive nature, makes her a difficult subject for a biography. Tracy Daugherty's The Last Love Song isn't — and perhaps can't be — a definitive look at her life. But it's not a bad attempt, even if it doesn't completely work on its own terms.

Didion decided not to cooperate with Daugherty on The Last Love Song, which obviously made the biographer's job a lot more complicated. But Daugherty is an excellent researcher, and he's drawn from other sources — Didion's own writing, correspondence, interviews — to create a mostly coherent timeline of the author's life.

There's a lot of what you might call name-dropping in the book, though it's hardly Daugherty's fault — Didion lived much of her life in Los Angeles and New York, and always maintained an interest in celebrity and fashion. And while it can be interesting — we learn, for example, that a young Harrison Ford worked as a carpenter on Didion's house — it too often reads like a litany of famous, or formerly famous, names.

Biographers have to be intrusive, and you can't really blame Daugherty for looking for the truth. But it leads to some awkward moments. At one point, he reveals that he asked some of Didion's friends whether she was ever pregnant in New York — that is, whether she had ever had an abortion. The question is relevant, he reasons, "because abortion became a central subject in her first three novels." Didion's friends "politely chose not to answer," he writes. (Well, yes, one would hope. They're her friends.) And given that it's a question he can't answer, its inclusion in the book is puzzling.

The parts of the book in which Daugherty simply recounts Didion's life story, on the whole, don't shine. This is especially true when Daugherty's writing gets away from him. At one point, he writes that her early essays didn't "make Didion an instant star, coaxing fire from her Smith Corona, the way Jimi Hendrix pulled flames from his Stratocaster." In another passage, he gives in to the absurd: "And who was Patty Hearst? Joan Didion with a carbine." (No.) And Daugherty recounts a lecture that Didion once gave with, "This was one mouse who damn well knew how to roar." These are all the sentences of a writer a little too in love with his turns of phrase.

Daugherty seems much more in his element when he's providing context to Didion's writing, with both history and literary criticism. Early in the book, he gives a near-perfect description of Didion's importance as a writer: "She helped us admit things we intuited but rarely aired: the fragility of our national myths and the constant nearness of death."

Daugherty has to be credited with an honest attempt to turn everything about Didion — her life, her work, the events that informed everything about her — into a coherent narrative. And while it doesn't quite work that way, if there's anything we've learned from Didion, it's that nothing about life or history is ever coherent.

The Last Love Song is an intelligent look at Didion's work, but it's embedded in a biography of a writer who has done her best, for more than 50 years, to be unknowable. We learn as much about Daugherty in this book as we do about Didion, just as we learn more about ourselves in Didion's work than we do about her. And that is, maybe, one of the reasons she endures.