Accessibility links
Listen To Madisen Ward And The Mama Bear's Set From The 2015 Newport Folk Festival The mother-and-son duo radiated easy familiarity and sincerity during this charming afternoon set, with songs from their debut album Skeleton Crew. 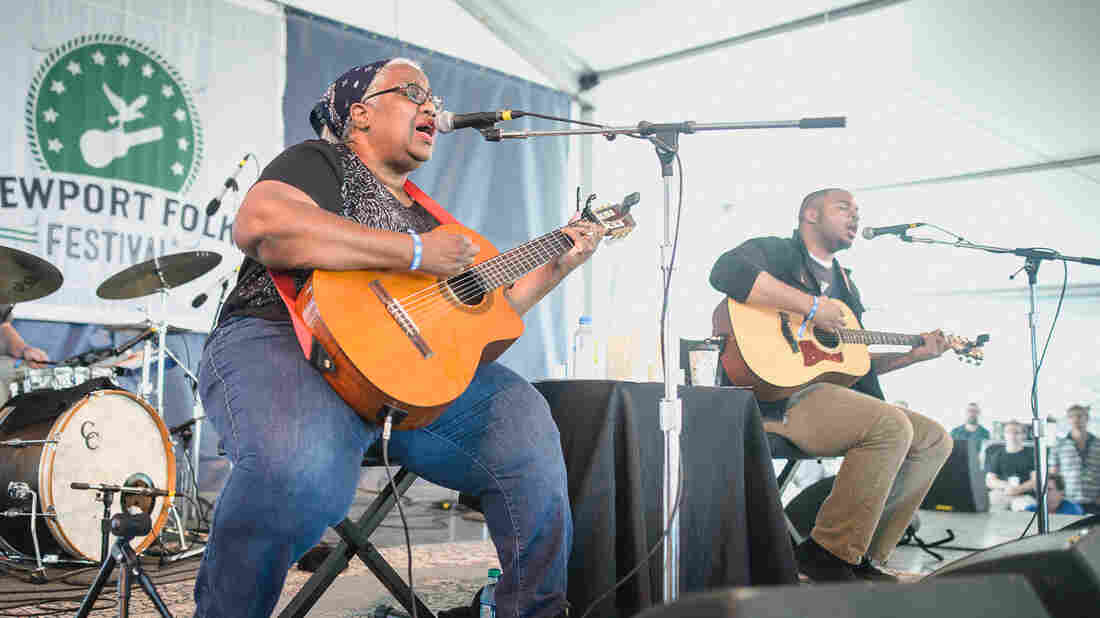 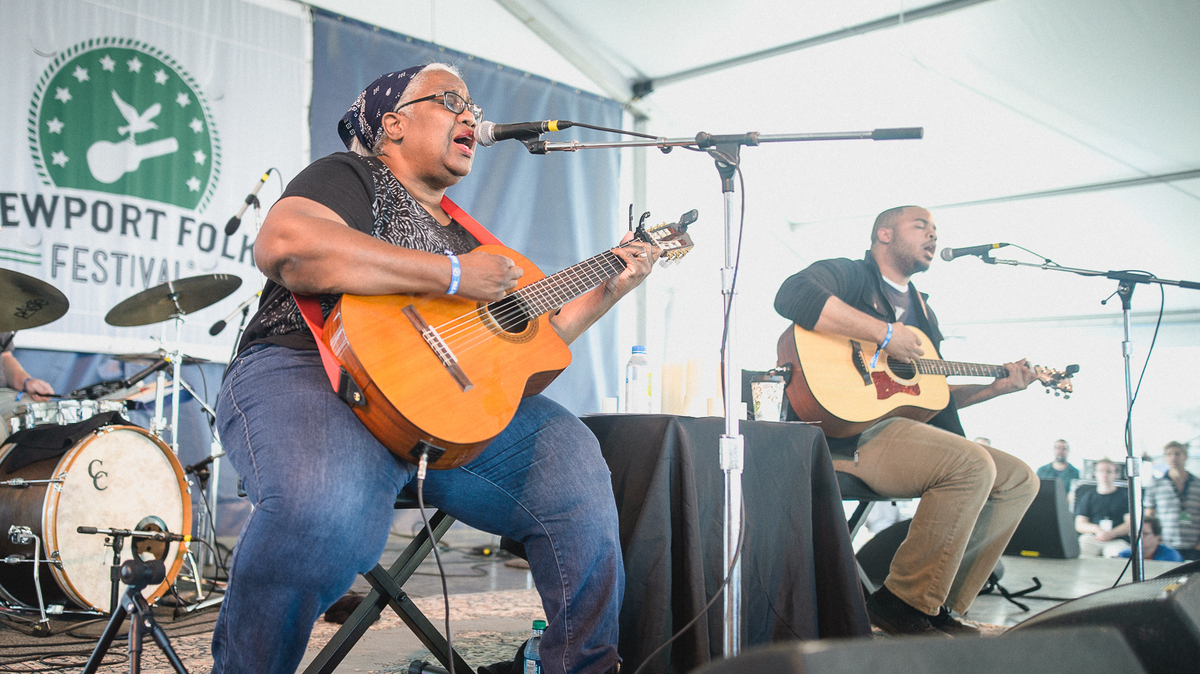 Madisen Ward And The Mama Bear perform at the 2015 Newport Folk Festival.

Mother and son by chance, bandmates by choice: That's Madisen Ward And The Mama Bear. Madisen and Ruth Ward performed together for several years around their native Kansas City before bringing their organic, homespun charm to a national audience with the release of Skeleton Crew, their debut album, earlier this year. The roots-music duo excels at crafting expressive character sketches like the jaunty "Daisy Jane" and the darker "Undertaker And Juniper," with refrains that are memorable even (or especially) if they're wordless.

Sounding like they'd be right at home singing bluesy folk tunes in a family kitchen or strumming their guitars in matching rocking chairs before a warm hearth, the duo radiated easy familiarity and sincerity during their Saturday-afternoon Newport Folk set. The Harbor Stage became the Wards' front porch, with all in attendance invited to gather 'round, sing along and share in the joy.