Review: The Arcs, 'Yours, Dreamily'

Review: The Arcs, 'Yours, Dreamily' 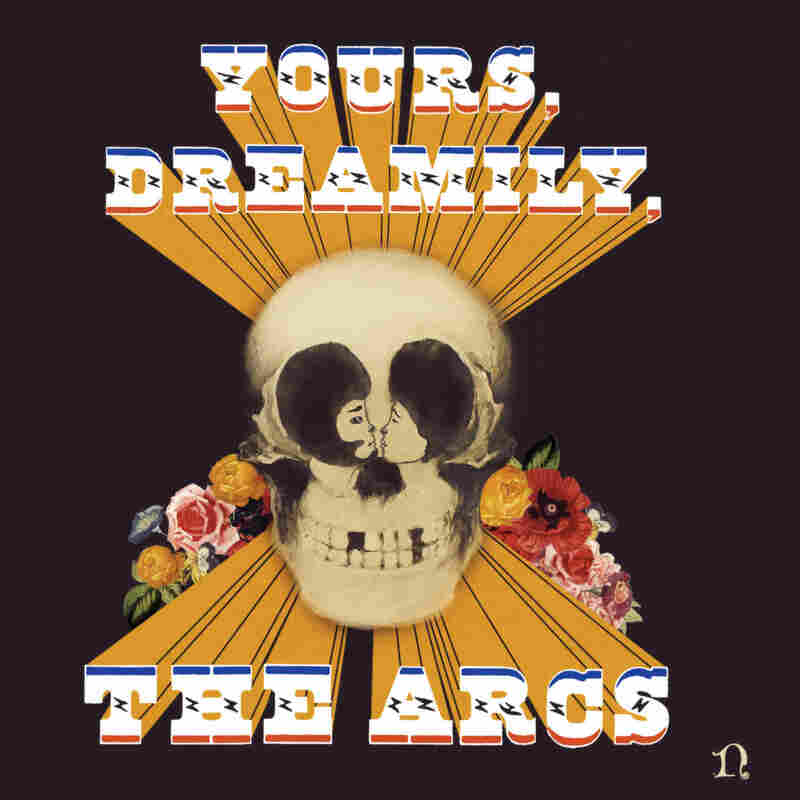 Cover art for Yours, Dreamily by The Arcs Courtesy of the artist hide caption 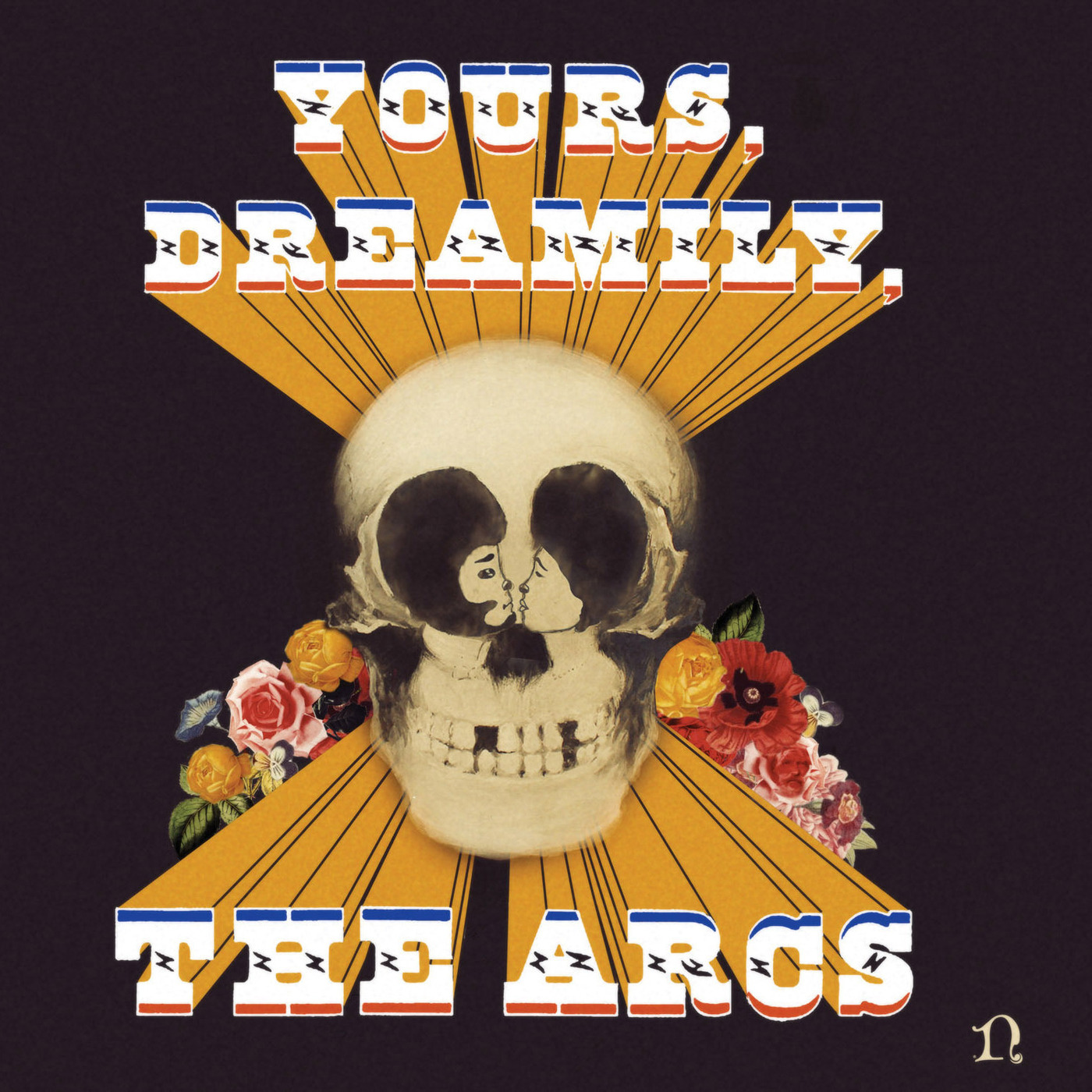 Cover art for Yours, Dreamily by The Arcs

As half of the guitar-and-drums duo The Black Keys, Dan Auerbach has explored, and repeatedly blown up, nearly every shade of the blues for more than a decade. The band's raw early years in Akron, Ohio, were defined by ragged, high-octane bangers full of heavy riffs and explosive drumming. That gave way to an expansive, radio-polished sound that's elevated Auerbach and drummer Patrick Carney to the status of arena-filling rock stars, but the blues have still been threaded through every iterative step. Now, on the heels of The Black Keys' 2014 album Turn Blue, Auerbach turns his attention to a different expression of the blues, with his new band The Arcs and yet another stylistic shift. On The Arcs' debut, Yours, Dreamily, it takes the form of immersive R&B and soul, built around buzzy guitars and funky grooves — and embellished with velvety harmonies, hissy tape recordings and lip-curling attitude.

It's not the first time Auerbach has stepped away from his main gig — he's put out a solo record and produced albums for Dr. John and Lana Del Rey — but with The Arcs, he assembles a complete creative collaboration. Written and recorded quickly between working on other projects together, Auerbach sought out many of his longtime friends: Leon Michels, Homer Steinweiss and Nick Movshon are all frequent members of the Daptone family, and have played with artists like Sharon Jones and Solange. Then there's Richard Swift, a distinctive songwriter and producer who's served as a touring utility player in The Black Keys and The Shins. With contributions from guitarist Kenny Vaughan, Mariachi Flor de Toloache (the New York all-female mariachi band) and Tchad Blake, Yours, Dreamily, captures the spontaneity of players in a room as they come up with something new in the moment.

Right from the drop, Yours, Dreamily, ignites like a cigarette flicked on a stream of gasoline. The snarling melodies, warbling horn lines and in-the-pocket beats transport listeners into the album's pulpy world of '70s exploitation films and gritty biker-gang movies. Musically, The Arcs' songs nod to an array of influences from the past: "Chains Of Love," with its sweeping Mellotron strings and that wonderful chorus of female voices, or the seductive R&B jam "Nature's Child" could both come straight out of Motown, or Stax, or a Curtis Mayfield film score. "Come & Go," the record's strangest piece, evokes a hazy late-night jazz loft party, complete with silky saxophone and distant sensual moans that drift in and out as if overheard through the walls of an old apartment building. But strip away all the cool genre trappings and the album reveals its depth: Like so many classic soul albums of the 1970s, Yours, Dreamily, offers a socially conscious depiction of race, privilege and opportunity, as in "Put A Flower In Your Pocket," with its line, "The streets can see into your soul / It ain't where you been, but where you're gonna go."

That said, this is primarily a breakup album, with practically every song using stand-in characters to personify the dramatic arc of love and commitment — and later the vitriolic feeling of being trapped in a relationship turned sour, and sadness once it's gone. In "Outta My Mind," Auerbach, or at least his poetic stand-in, delivers a stinging line ("I love the pictures on the wall / Reminding me of what I lost to get it all") in which he wearily acknowledges the marriage, family and mental health he's had to sacrifice to get to where he is now. He's "made it," but at what cost? Elsewhere, "Everything You Do (You Do For You)" details a painful confrontation when a couple admits that communication has decayed and both parties have retreated: "The milk inside the fridge, it turned / The bridge between us, it burned." And in "Rosie (Ooh La La)," he laments, "It's funny how you lose perspective when every inch of you is bruised and dented."

Auerbach and company leave room to get romantic, too, especially in "Stay In My Corner," which employs an extended boxing metaphor to express commitment: "I won't always be a winner, babe / In fact, I'm bound to burn out / All these bumps in the road, dear / They're just lessons we learned." The band brings it all home with the slow and swaying torch song "Searching The Blue," which finds Auerbach finally coming to terms with lost love as grief fades in the light of day: "War is over now, feel my mind is returning ... every nerve was burning over you."

Taken as a whole, Yours, Dreamily, is already one of Auerbach's most ambitious and fully realized albums. But The Arcs' formula is so winning and natural that the band already has, at least according to Auerbach, a backlog of as many as 75 songs. If even some of those come to fruition, it could prove to be an enduring, endlessly rewarding collaboration.