Accessibility links
'Latest Readings' Offers Buoyant Musings On A Lifetime Of Literature Literary critic Clive James revisits the work of great writers such as Joseph Conrad, Ernest Hemingway, Shakespeare and others, subjecting each to the "finicky test of delight." 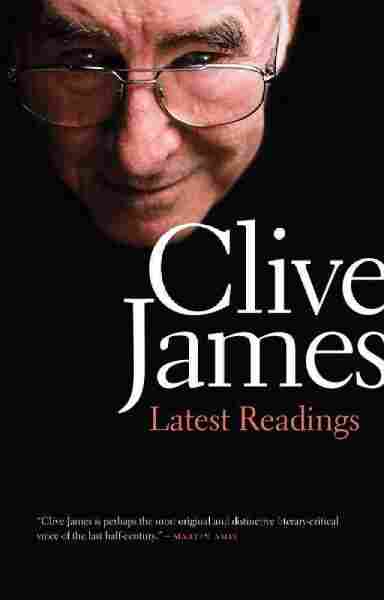 Diagnosed with terminal leukemia in 2010, Clive James has made of death a different kind of inspiration than the perennial dark muse it is for most writers. Rather than dwell on his stance squarely in the crosshairs of oblivion, James, the Australian-born writer who is one of the U.K.'s most eminent and famous literary personalities, has doubled down on his writing practice, or perhaps simply kept up his prolific pace. In just the past five years, he's published retrospective and new collections of poems, a landmark translation of all three books of Dante's Divine Comedy, a career-spanning selection of essays, a volume of reflections on poetry, and now Latest Readings, a collection of short essays, most only a couple of pages, on his own list of essential books.

For the literature-obsessed, this slim volume is a delectable gift, a reminder of why one reads at all, especially when the mortal countdown timer is ticking loudly. And it proves that James is the rare literary critic who can speak deeply to a general audience, with a sense of humor and levity that suggests that high art can indeed be for everyone.

These essays are not earth-shattering re-evaluations of the classics. Instead they are personal encounters with books that have shaped one very great and capacious mind. Particularly moving are two pieces on Ernest Hemingway, about whom James feels a powerful ambivalence. At first, he calls The Sun Also Rises "the perfect expression of a young writer getting into his stride." Yet, "reading it once again, and at the end of my own career, I am less envious — clearly Hemingway's own personality had always scared him into suicidal excess — but still enchanted by a prose style that gave us such a vivid semblance of simplicity."

He also rereads, during a prolonged hospital stay, Joseph Conrad's Lord Jim, which he had last read as a university student; then, he found it "a boring book." Now, with a lifetime of deep reading in history, politics and literature under his belt, it paints "an international historical picture," though it is "no more exciting than it had once seemed, but a lot more interesting."

It is these utterly precise, yet lighthearted cleavings that make James one of the most useful and enjoyable literary critics around. "The critic," he writes, "should write to say, not 'look how much I've read,' but 'look at this, it's wonderful.' " That said, he never goes easy on books or their authors, though even his most withering assessments are cast in buoyant prose, inviting us, his imagined readers, to agree with or condemn his opinions, with his blessing and encouragement. He praises the American poet Richard Wilbur's long-treasured (and long out of print) book of prose about poetry for "laying out his knowledge in an easy-seeming sweep of conversational English." But he gently condemns the fate of literature in the academy: "How did literary theory get started? Because the theorists couldn't write."

James brings this wit and clarity to considerations of W.G. Sebald, Edward St. Aubyn, books about Hitler, Kipling, Shakespeare, and many others. About a new biography of one of his "touchstone poets," he says, "I wrote at least half a dozen articles about [Philip] Larkin without doing much more than scratching the surface of his brilliance, but I'm sure my instinct was sound in not trying to plumb the depths. The turmoil of his psyche is the least interesting thing about him. His true profundity is right there on the surface, in the beauty of his line." A writer's immortality is stoked by this kind of purifying insight: What finally matters is that which survives not only the test of time, but the more finicky test of delight.

This book falls into one of the subgenres of late work from major literary figures: the recapitulation, in which a lifetime's threads are tied up, or tied off. And James' approach to the end of life here is a relaxed one. "If you don't know the exact moment when the lights will go out," he writes, "you might as well read until they do." "Might as well" is one of the motivating energies behind this collection, which is not to say it's careless. James feels no need here to work deliberately; he loosens his grip, muses, as in this insight on Hemingway: "the height of his tragedy was that he could not write about his own finale, which, lasting so long, could have been his great theme," James writes. "For any writer who does not die instantly, the time of physical decline is a new subject."

With only one functioning eye left — the other was lost to cataract surgery — James takes up this subject, reminding us, or some of us, the choir to whom this book is preached, that reading can be as much a form of living as living itself.