Accessibility links
Homeowners In Washington Wildfire Country Try To Reduce Risk The Okanogan fire burning in central Washington is the largest wildfire in the state's history. Some area homeowners have cleared brush to keep the fire away. One built a nonflammable concrete home. 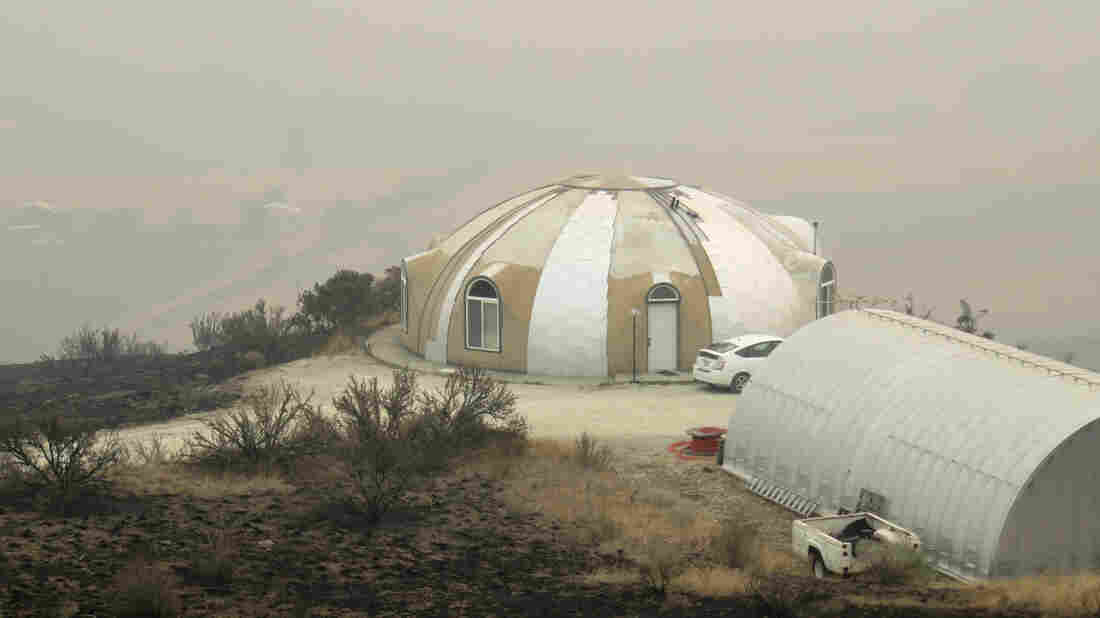 John Belles' concrete dome house outside Omak, Wash., has survived the wildfires unscathed amid acres of blackened hillside. The fires have caused air quality in the area to be deemed hazardous by the Washington State Department of Ecology. Tom Banse/Northwest News Network hide caption 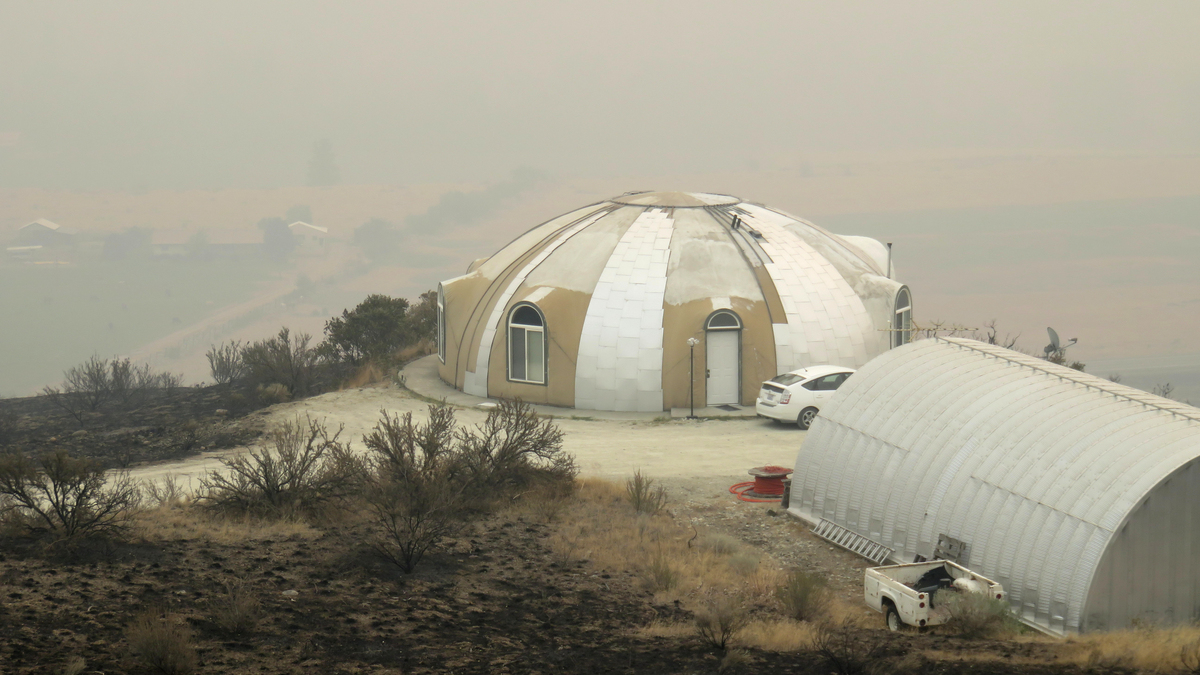 John Belles' concrete dome house outside Omak, Wash., has survived the wildfires unscathed amid acres of blackened hillside. The fires have caused air quality in the area to be deemed hazardous by the Washington State Department of Ecology.

Firewise is the name of a long-running campaign to get homeowners in wildfire country to take steps to reduce risk. Outside Omak, Wash., John Belles didn't just do the simple things. He built a futuristic, thin-shelled concrete dome house. It's now an unscathed beacon amid acres of hillside blackened by the Okanogan fire, the largest in state history.

"Since I was going to be building at this particular site — basically grassland, a lot of just quick-burning fuel, sagebrush and whatnot — I thought that the dome might be a good choice. I thought it might look good up here on the hill, too," Belles says.

He is one of several thousand people who found themselves in the path of huge, lightning-sparked wildfires in north central Washington this month. Belles stayed on his property, confident his nonflammable house would protect him.

"I could see flames coming from the north end, and they were actually coming up over the building," he says. "I was inside the house looking at the flames that were going by."

The fast-moving, wind-driven fire passed within minutes. Belles, an electrician by trade, says the temperature inside his concrete dome stayed "perfectly comfortable."

"You could build a square house that was nonflammable. There's lots of advanced materials and whatnot. They still build out of stick, though."

James Elsberg left his lawn sprinklers running when he evacuated from a much more conventional farmhouse. It does have a metal roof. Elsberg says he was relieved but not surprised to return two days later to find his house still standing.

"The biggest thing that we did was early — I guess about May — we [made] a big fire line, making sure that all of the dried brush and stuff was cleared away from our home," Elsberg says.

Those clearings kept the wildfire from coming any closer than 20 yards from Elsberg's house.

Along the very long perimeter of this wildfire, dozens of homes plus an unknown number of other structures have burned to the ground. Three firefighters died near here a week ago.

"People have done a lot to protect their homes. And as you see on this thing, the thing that kicks your butt is the wind," says Okanogan County Sheriff Frank Rogers. "The wind was blowing so hard a lot of it, it didn't matter. And then fire would take this home, skip 20 more and take another one."

It's hard to tell on first glance if the homes that burned to the ground have common features. They burned so hot, only chimneys, metal parts and foundations remain.