Accessibility links
'George' Wants You To Know: She's Really Melissa One of this fall's most anticipated books is about a transgender fourth-grader. Publisher Scholastic is employing some of the same marketing techniques it used for megahits like The Hunger Games. 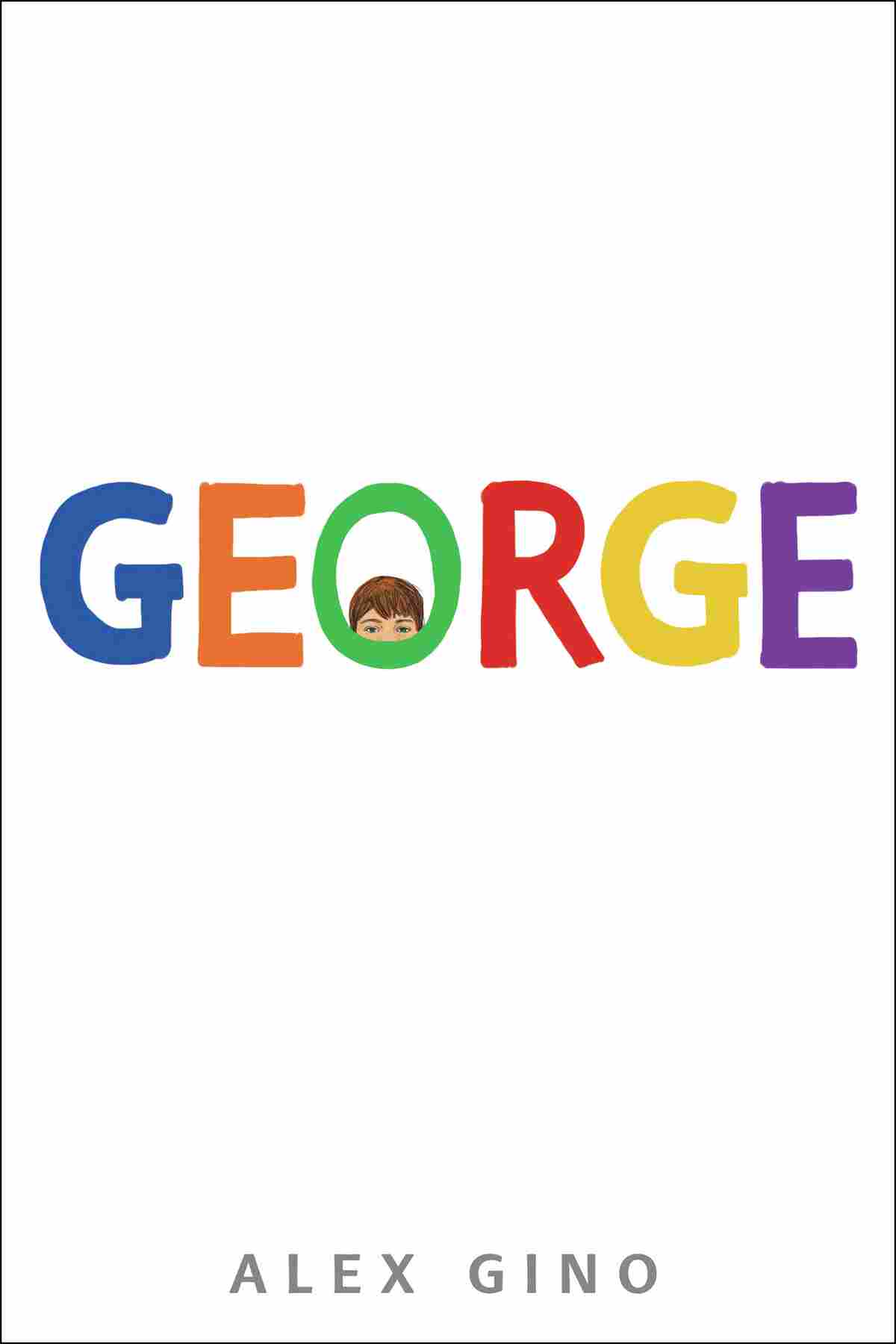 George is 10, loves to read and has a best friend named Kelly. Everyone thinks George is a boy, but she doesn't feel like one.

George is a transgender fourth-grader. She's the heroine of a new book intended for readers in grades 3 to 7 and published by Scholastic, one of the largest children's publishing companies in the world. Author Alex Gino started writing George well before transgender people began appearing as well-rounded characters on TV shows or the covers of major magazines — not to mention having much opportunity to tell their own stories within mainstream media.

Gino grew up on Staten Island, studied education at the University of Pennsylvania and taught elementary school briefly before becoming a test prep coach and author. Gino prefers using the pronoun "they" rather than "him" or "her" when referring to themself. (The singular "they" is unconventional, rather than wrong. It can be found in the Oxford English Dictionary, as well as in the works of Chaucer and Shakespeare. And nobody else has to use it to refer to themselves if they don't want to.)

"Someone this morning asked me online, 'Why do you identify as a fat queer, like, why do you label yourself, why don't you just be who you are," Gino sighs. "Well, I am a fat queer. I don't say that with shame. And I have no reason to think these are horrible things that I should be keeping secret. And there are plenty other fat queer urban gardener sourdough bakers who might like to know that they're not the only one." 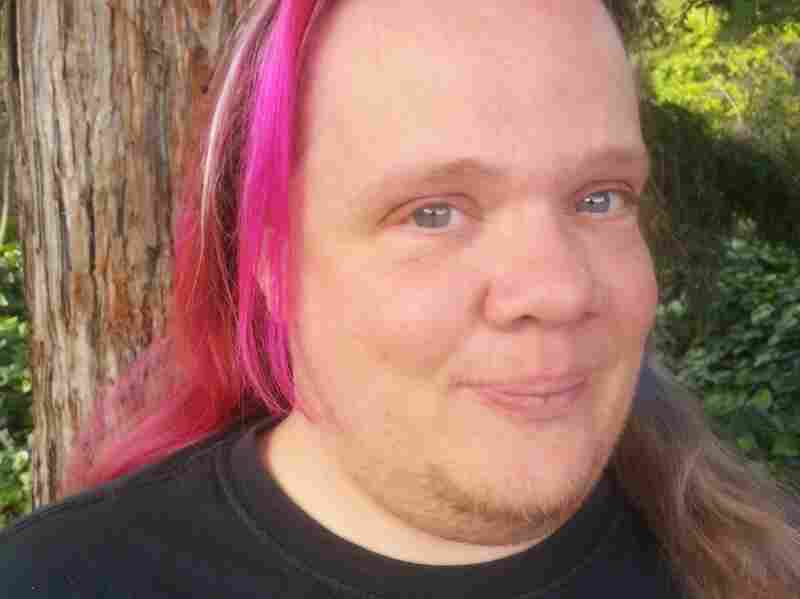 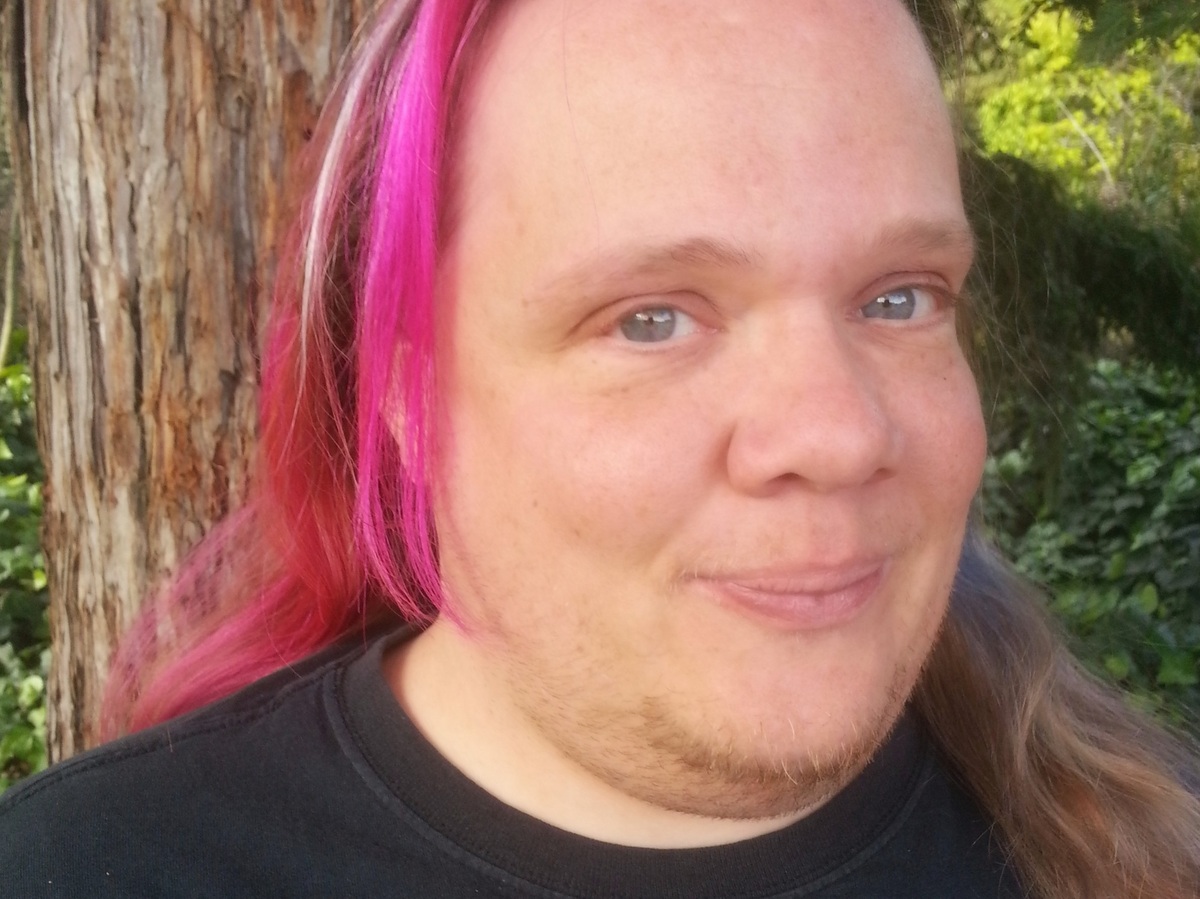 Gino hopes George will help some kids know they're also not the only ones. Meanwhile, Scholastic believes the book is for everyone. The company is known for publishing the Harry Potter and Hunger Games series, massively popular books that sell millions of copies. With George, it settled on an initial press run of 50,000 copies. Editorial director David Levithan puts that number in perspective.

"Fifty thousand is pretty amazing for a debut author writing a middle grade book that isn't part of a series," he says. "No wizards, no Greek myths, no action adventure. It's just one girl's story."

Selling this particular girl's story to a mass market meant employing a similar strategy the company used with The Hunger Games. It's kind of crazy to remember now, but that book was initially seen as a potentially difficult sell. After all, it's about kids killing each other. But Levithan said that The Hunger Games is like George in that people may relate to the story more than they might think. "Once you read the book, you understand the book," he said. The trick was getting George into as many readers' hands as possible. The company sent it to 10,000 teachers, to children's librarians and took Gino around to major book fairs, including Winter Institute, run by the American Booksellers Association.

"All of the booksellers had a story to tell Alex about a trans kid that they knew, a trans kid in their family, a trans adult who worked in their store," Levithan recalls. "And it wasn't just the coasts, and it wasn't just sort of the liberal hotbeds. It was really booksellers from every state saying, 'Oh goodness. We need this book and I know exactly who I'm going to give it to.'"

Since 2000, hundreds of kids' books featuring transgender characters have come out. They're mostly self-published and mostly picture books or books for teenagers. There's virtually nothing in the middle, says j wallace skelton, who studies transgender representation in children's literature, works to prevent gender-based violence in public schools and is a transgender father of three.

Wallace skelton says calling the book George when the main character identifies as Melissa effectively reinforces a sense of the child as a boy, rather than the girl she knows herself to be.

It's not just, "This is a trans narrative." This is a narrative about a young person who is very much trying to become who they are.

Gino said they appreciated that point.

"If I were going to name [the book] now, I would not have done that," Gino says. "Because it is the assigned name, not her chosen name. When I started the book in 2003, the name of the book was Girl George — which was clearly an homage to Boy George. And then when Scholastic got it, one of the first things they did was, they cut off 'Girl' because they wanted to open up the audience. And I didn't even notice, in all of the things that happened, that I have effectively dead-named my main character."

By dead-naming, Gino means using the name that a person does not want used. "So I do feel conflicted about that."

Still, wallace skelton says he's a fan of George. He particularly liked how it handled violence toward its main character. Transgender people are still disproportionately marginalized, harassed, even killed. In George, the main character faces bullies, but she's not powerless in the face of their torment. And it's not what shapes her. Melissa plays video games with her brother, dreams about a starring role in the school play and visits the zoo with her best friend.

"It's not just, 'This is a trans narrative,' " wallace skelton says. "This is a narrative about a young person who is very much trying to become who they are."

Like much of the best children's literature, he says, George is about being true to who you are, being kind and learning about people both different — and maybe, similar to you.

Read an excerpt of George