Accessibility links
A Colombian Kingpin Gets The 'Goodfellas' Treatment In 'Narcos' A new Netflix series offers a fictionalized account of how smuggler Pablo Escobar built his cocaine empire. The show is compelling and complex — especially for fans of classic crime stories. 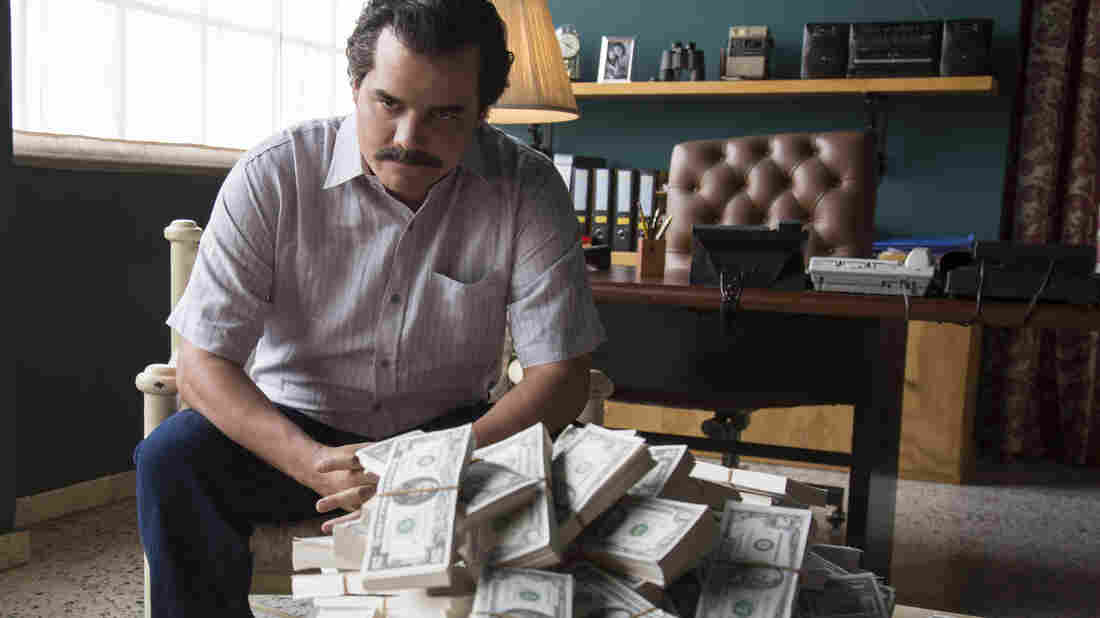 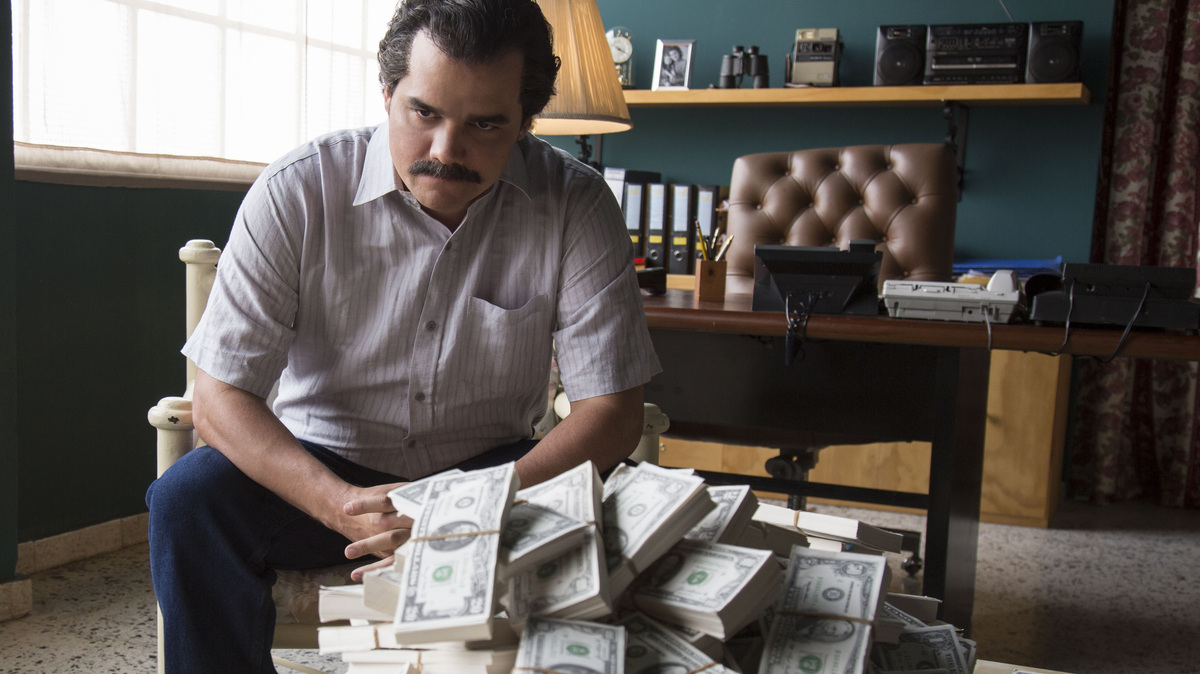 Brazilian actor Wagner Moura looks so much like Colombian smuggler Pablo Escobar that Netflix's Narcos uses footage and photos of the real Escobar to heighten the show's realism.

It's tough to imagine a time when this country wasn't struggling with cocaine brought into the U.S. from Latin America, and the violence that often accompanies it. But when Netflix's new series Narcos introduces us to brash Colombian smuggler Pablo Escobar, it's the late 1970s and Escobar is busy with other contraband.

As the narrator of the fictionalized series, American Drug Enforcement Agency officer Steve Murphy (played by Gone Girl's Boyd Holbrook), explains: "Pablo was making a killing in the smuggling business. Cigarettes, alcohol, marijuana — you name it. At the time, Pablo owned half the police in Medellín."

Escobar, one of the world's best-known drug kingpins, built an empire fueled on cocaine sales. His operation has been called "the General Motors of drug trafficking."

In the show, Agent Murphy's partner is killed by a hitman from Escobar's cartel, and the officer moves south of the border to help bring the kingpin down. Murphy is also a device to draw Anglo viewers into the story of drug traffickers, known as "narcos" — he can't even speak Spanish when he lands in Colombia.

The 10-episode series tells the story of how Escobar united his fellow smugglers in the 1980s into a ruthless cartel of traffickers and even got himself elected, briefly, to the Colombian legislature. The show unfolds like Goodfellas meets Scarface, with Murphy providing narration to guide viewers through an unfamiliar world. 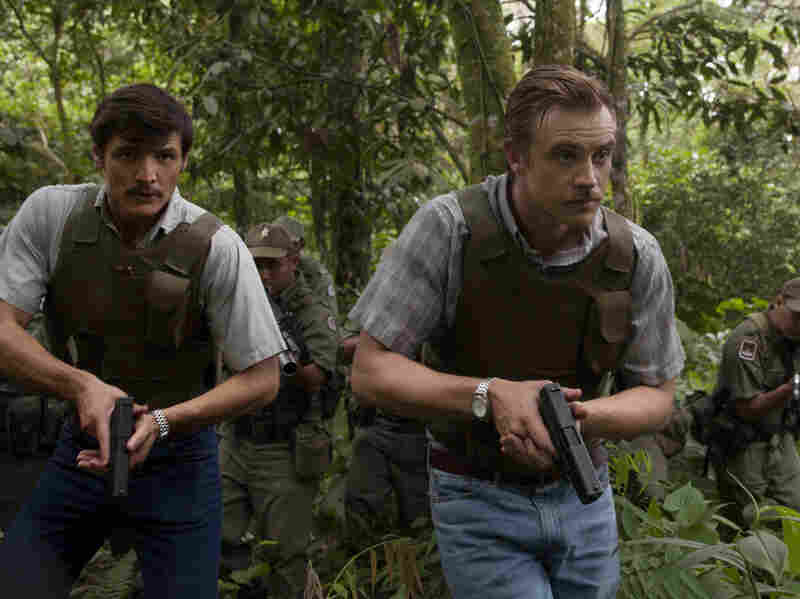 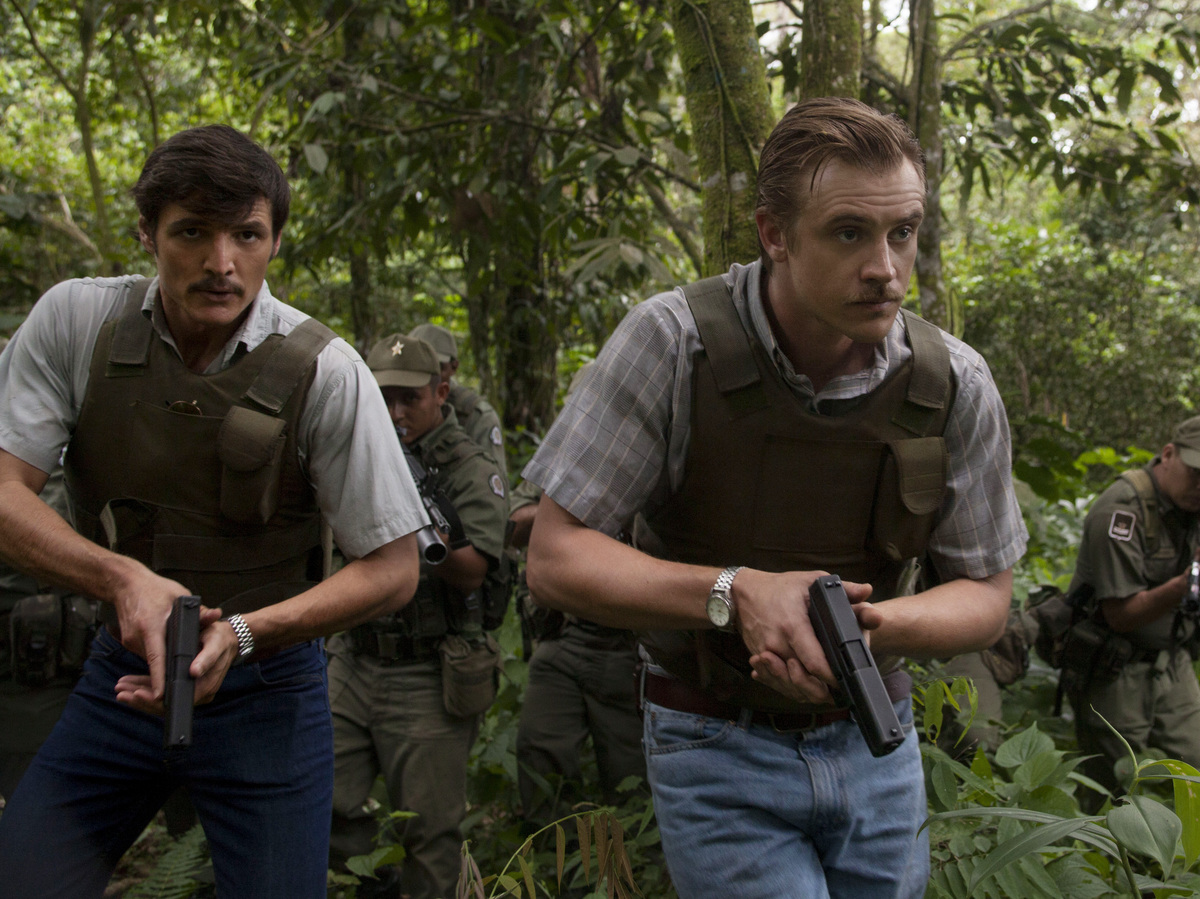 According to Murphy, the narcos turned to smuggling cocaine in the 1980s after an enterprising chemist taught Escobar how much more money he could make from the white powder.

Brazilian actor Wagner Moura is particularly compelling as Escobar: He looks so much like him, the show often uses news footage and photos of the real Escobar to heighten the realism. In another nod to authenticity, all of the dialogue between Spanish speakers is in Spanish with subtitles. That includes the moment when Escobar lets a battalion of police officers know they can take bribes from him to overlook his smuggling, or accept the consequences.

But while Escobar was building his pipeline and fortune, Murphy describes how the consequences were piling up in America. "From '79 to '84, there were 3,245 murders in Miami," he says. "And outside the tourist bureau and the cops, no one much cared about that. What got the U.S. government to take notice was the money: billions of dollars a year all flowing from the U.S. to Colombia — and that America couldn't take."

Like Henry Hill's voiceover in Goodfellas, Murphy's narrations are a smooth way to introduce viewers to an unfamiliar world. But they can also be distracting, as when Murphy gets all philosophical about how the ambitions of the narcos were reflected in the literary concept of magical realism:

"There's a reason magical realism was born in Colombia. It's a country where dreams and reality are conflated; where, in their heads, people fly as high as Icarus. But even magical realism has its limits."

And so does some clunky narration.

There's another problem: Telling the story from the viewpoint of Murphy — the only white American guy in the core cast of characters — helps keep the audience at arm's length from the Latino characters, especially the noncriminals.

For some, Narcos will revive the most troubling TV depictions of Latinos as criminals and drug traffickers, despite the show's heroic efforts to humanize everyone involved. But it's also a compelling and complex story, especially for fans of classic crime stories (like The Godfather) who might be curious about how cartels came to dominate the modern cocaine trade.